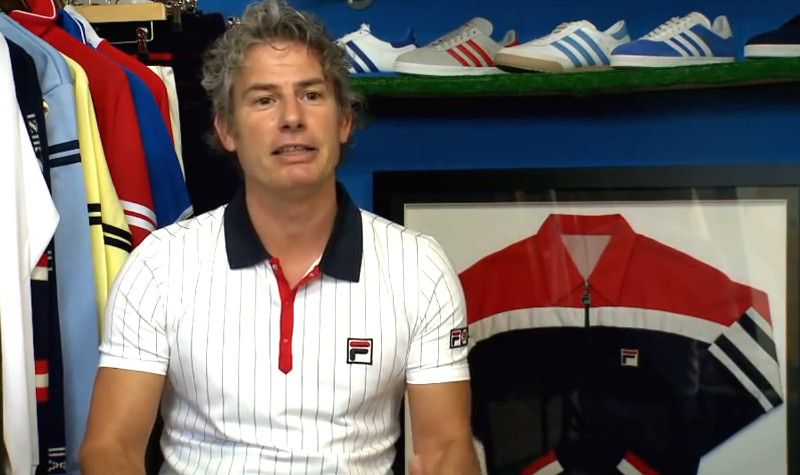 This video from 2011 explores the story of 80s Casual Classics and where it all began.

After getting our hands on some deadstock trainers from a retailer closing down in Bedford and working with the burgeoning Britpop music scene, the 80s Casual Classics story really started. A personal crusade for founder Neil Primett who had personally aspired to wearing such known affluent sport brands in his teenage years. After The Business film was released to considerable attention and 80s Casual Classics were highlighted as a key wardrobe stockists in the DVD, the phone has never really stopped ringing since. Orders came in thick and fast with stock going out as quickly as it was landing. 80s Casual Classics have proudly brought back retro sportswear brands from the 80’s such as Ellesse, Sergio Tacchino and Diadora to the original casuals and retro lovers who wore the brands and a new global audience. Sergio Tacchini even approached us to bring back the brand, re-introducing classic 80’s styles and silhouettes.

Following on from the impact from ‘The Business’ on 80s Casual Classics we were soon approached to work on an even greater wardrobe project in 2008 for The Firm, supplying the clothes for the entire set with at times 150 casuals on set. The rest is history and we continue to supply the world with classic retro sportswear to our ever growing customer base. We now stock everything from the latest adidas trainers to classic track tops as well as being one of the largest stockists of Lois cords and jeans on the planet, as well as a significant range of outerwear.

Keep posted at 80scasualclassics.co.uk as we explore our evolving story through further videos and talks.