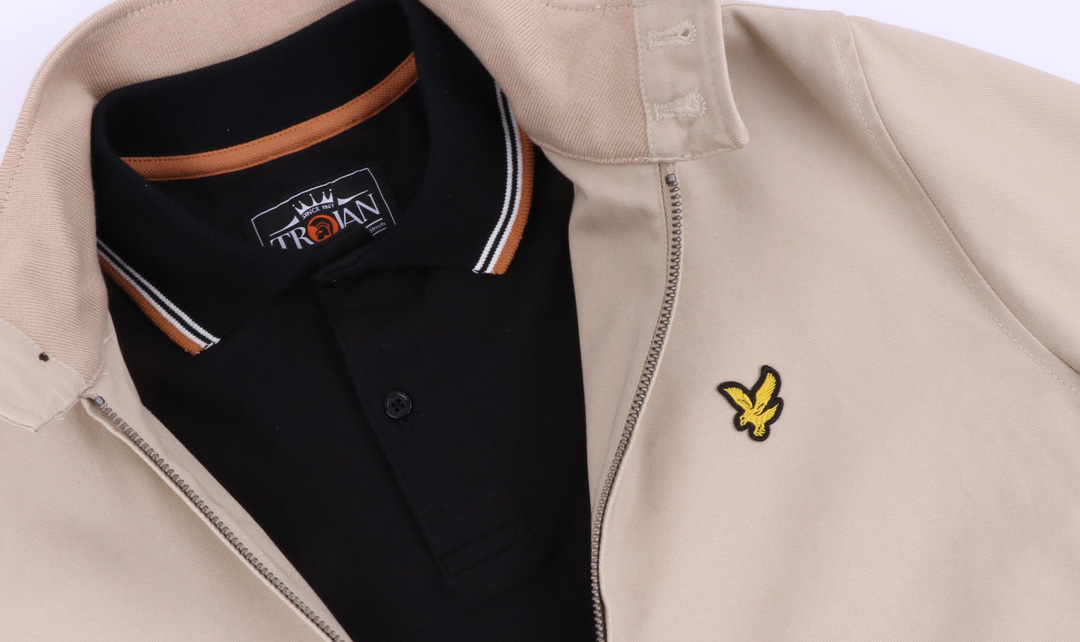 The Harrington: A Very British Icon

There are only really a handful of classic outerwear styles that hold the same iconic status that the Harrington Jacket does.

The Harrington’s origins can be traced back to places like Manchester & Burnley in the North West back in the 1930s. Before the decline of the cotton industry, the UK was an industrial powerhouse with Manchester famously getting dubbed ‘cottonopolis’ for it’s large scale cotton manufacturing. As the once booming cotton industry started to decline after the first world war, factory mill owners started to look for other ways of utilising their workforce, machinery & the availability of cotton across the region. Maybe it was this initiative that would start what would become one of the most iconic jacket styles to ever be exported from the shores of the UK? Born in a factory somewhere in the North West, the humble Harrington Jacket had no idea just how iconic the simple outerwear style would become over the next 60 years.

Above: Blur’s Damon Albarn pioneered the Harrington style throughout the 90s Britpop scene.

It was the King of Rock ‘n’ Roll himself, Elvis Presley, that first introduced the Harrington into a new subcultural spotlight. As well as a military connection with the US Army after the second world war, the Harrington quickly became synonymous with youth culture throughout the 1950s & 60s. Icons of the era like James Dean & Steve McQueen, aka The King of Cool, would also heighten the demand for the British bomber with their new rebellious style. The Harrington soon made its way back across the Atlantic with the original London Mods & the Skinheads of the 1960s, becoming a staple style of the youth and usually worn with a polo shirt underneath. The Mod revival of the late 70s & early 80s saw the Harrington strengthen it’s subculture connection even more with the Modfather himself, Paul Weller, flying the Harrington flag. The revival of retro sportswear & Mod fashion throughout the 90s Britpop scene saw the Harrington revived once again with the likes of Damon Albarn and the Gallagher brothers putting their own 90s swagger on the iconic British style. 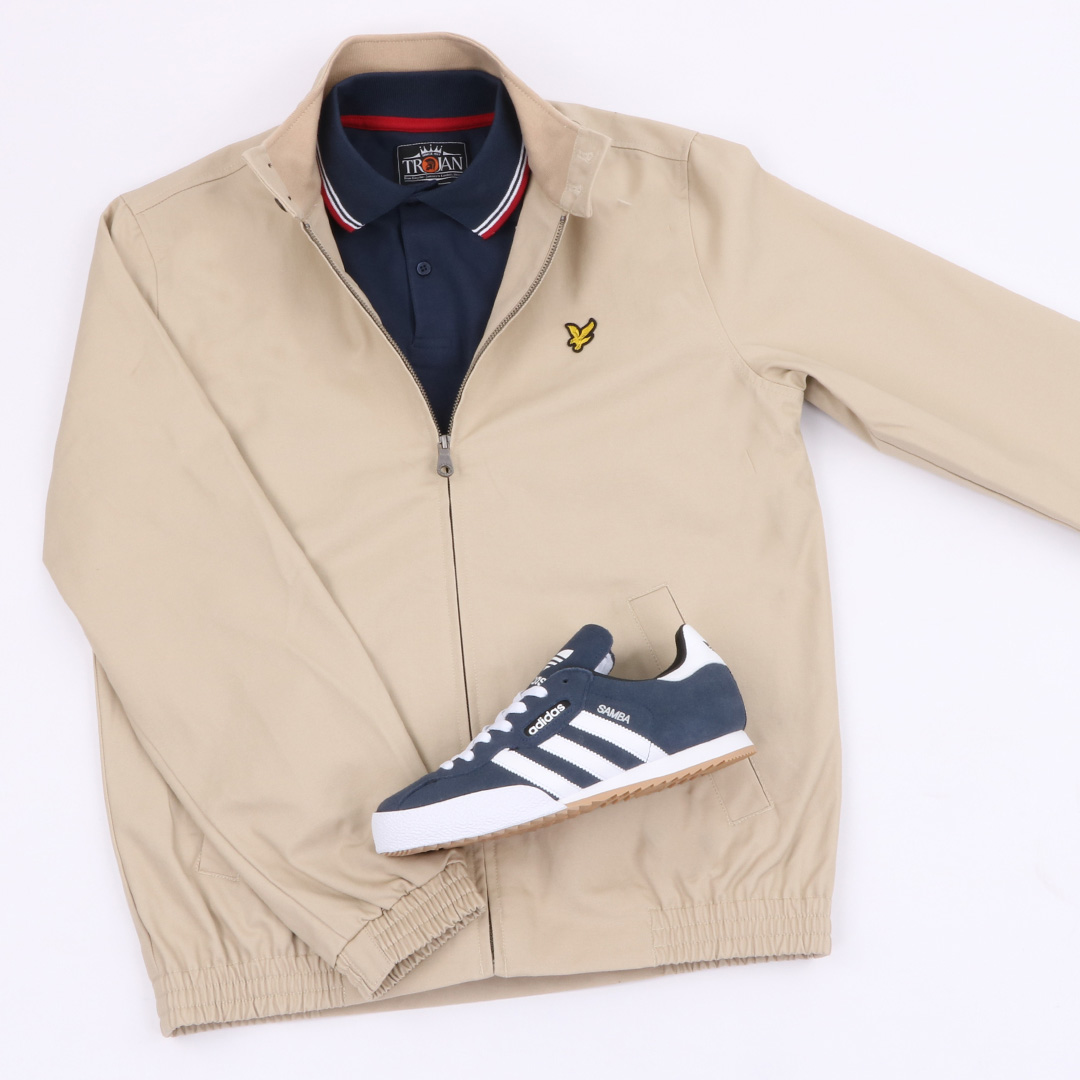 In celebration of the legendary Harrington Jacket, we have put together some outfit inspiration teaming up a selection of Harrington’s, polo shirts and footwear. We’ve got classic Harrington style from Lyle & Scott which features their own tartan check to the lining as well as the iconic golden eagle to the left chest. The original Skinhead brand, Ben Sherman, also introduce their own take on the Harrington with a selection of classic colourways such as burgundy, navy & dark green. The versatility of the Harrington is endless with its unique 2 button collar which can be worn unfastened to highlight your shirt underneath. A great staple style that can be teamed up with a range of classic polo shirts, trainers & footwear that can be worn all year round. 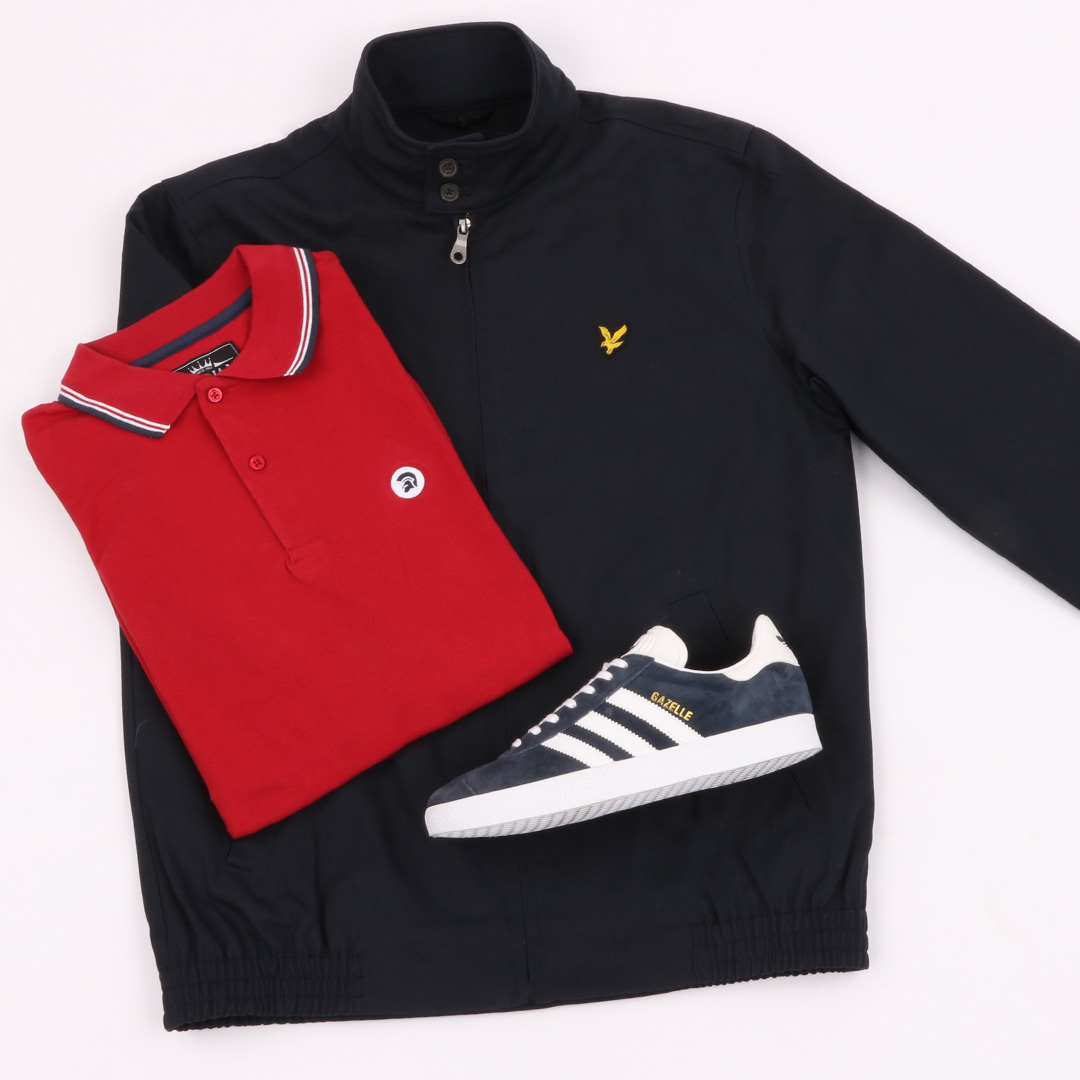 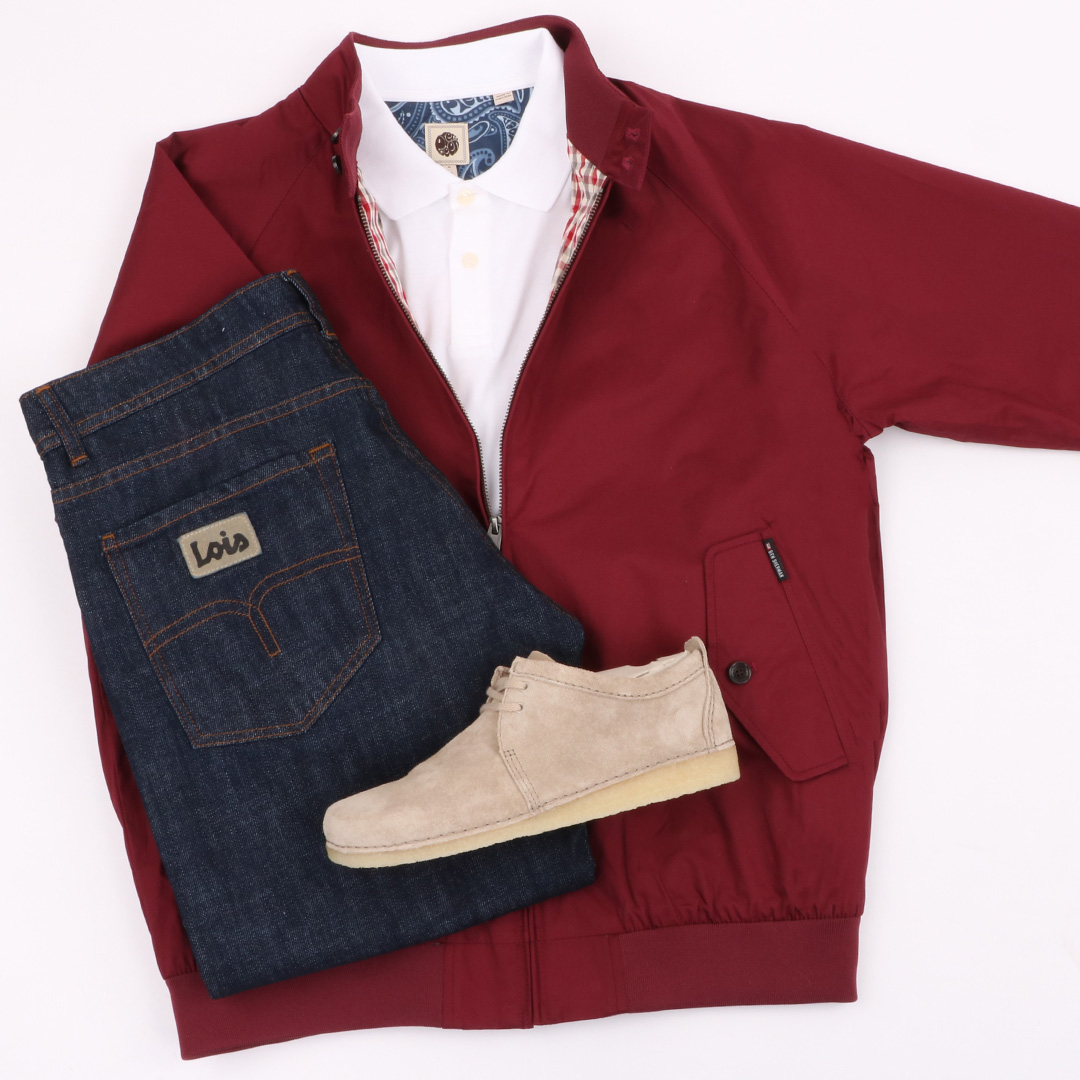