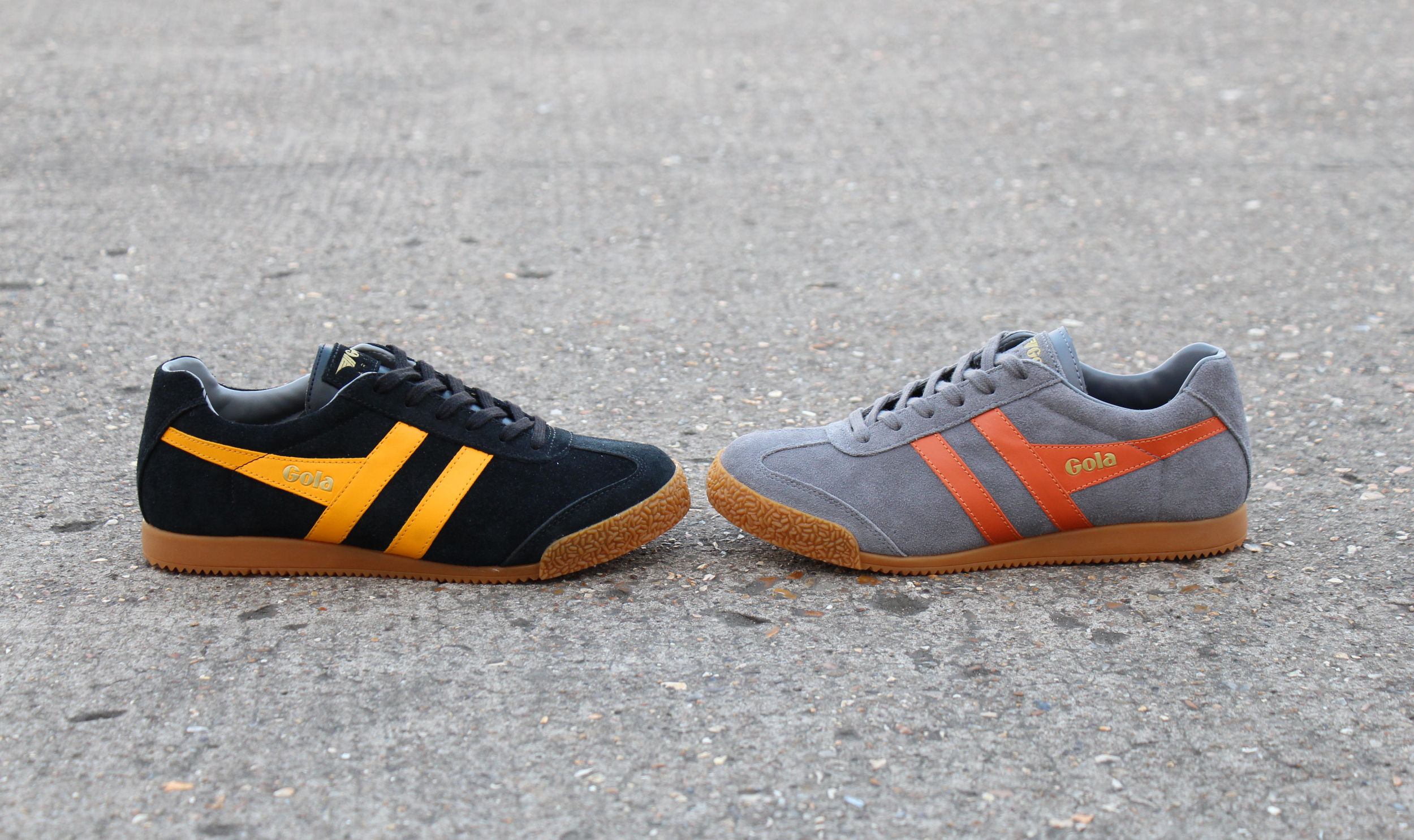 The Gola Harrier Returns In Some Fresh New Colourways

The Gola Harrier trainer was one of the very first trainer styles to be worn with jeans in the UK.

Although not officially a trainer adopted by the Casuals, it was the Gola Harrier trainer that really started the ‘trainers with jeans’ trend. The trainer trend would revolutionise the world of lifestyle footwear for decades to come, and in the UK it all started with the Harrier. The Harrier’s subculture connection, although still a very casual looking shoe, really comes from the UK’s music scene and football heritage. Originally released back in 1968, the Gola Harrier was a revolutionary running shoe that put the Leicester born sportswear brand on the map. The multi-purpose training shoe was built for football training, track & field, tennis, running & gym exercise but quickly caught on for everyday wear. Since it’s launch back in the late 60’s, Gola have introduced a staggering 500 different colourway versions of the Harrier whilst still maintaining the OG look of the original 68′ model. Originally designed by Fred Dilley, the Harrier smashed all expectations of sales targets after its original release. 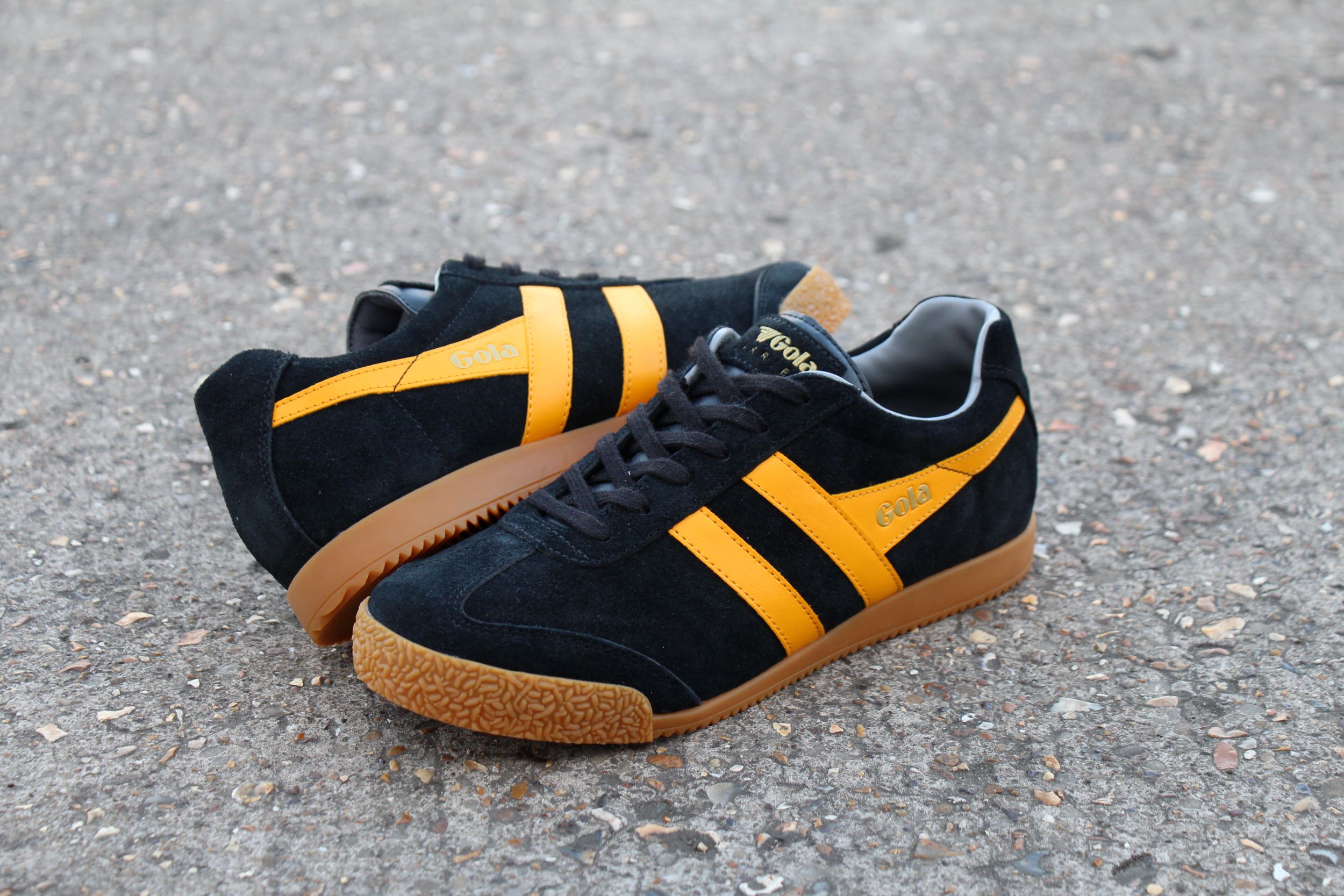 In 2018 the Harrier celebrated it’s 50th anniversary, now over a half a century old it’s important to understand the Harrier’s heritage over the last 5 decades. The 1970s saw Gola became a household name, not only from the Harrier but also from their football boots and leather sports bags. Gola also were the official football boots & training kit providers to Liverpool United when Bill Shankly & Bob Paisley took the North West club to European & UEFA Cup glory during the 1970s. The Mod revival of the late 70s and early 80s saw the Mod subculture adopt the trainer with jeans look, teaming up the Harrier with classic Mod attire such as fishtail parkas and polo shirts. Paul Weller aka The Modfather & The Jam were big fans of the shoe, which probably had a lot to do with its Mod revival connection. Moving into the 90s, the Gola Harrier saw a massive resurgence courtesy of the Britpop scene and the revival of retro sportswear. The 90s look saw a slightly bootleg jean worn with the Harrier, alongside track tops, bucket hats, big sideburns and check shirts. The Gallagher brothers (Oasis) were also big fans of the Harrier trainer. 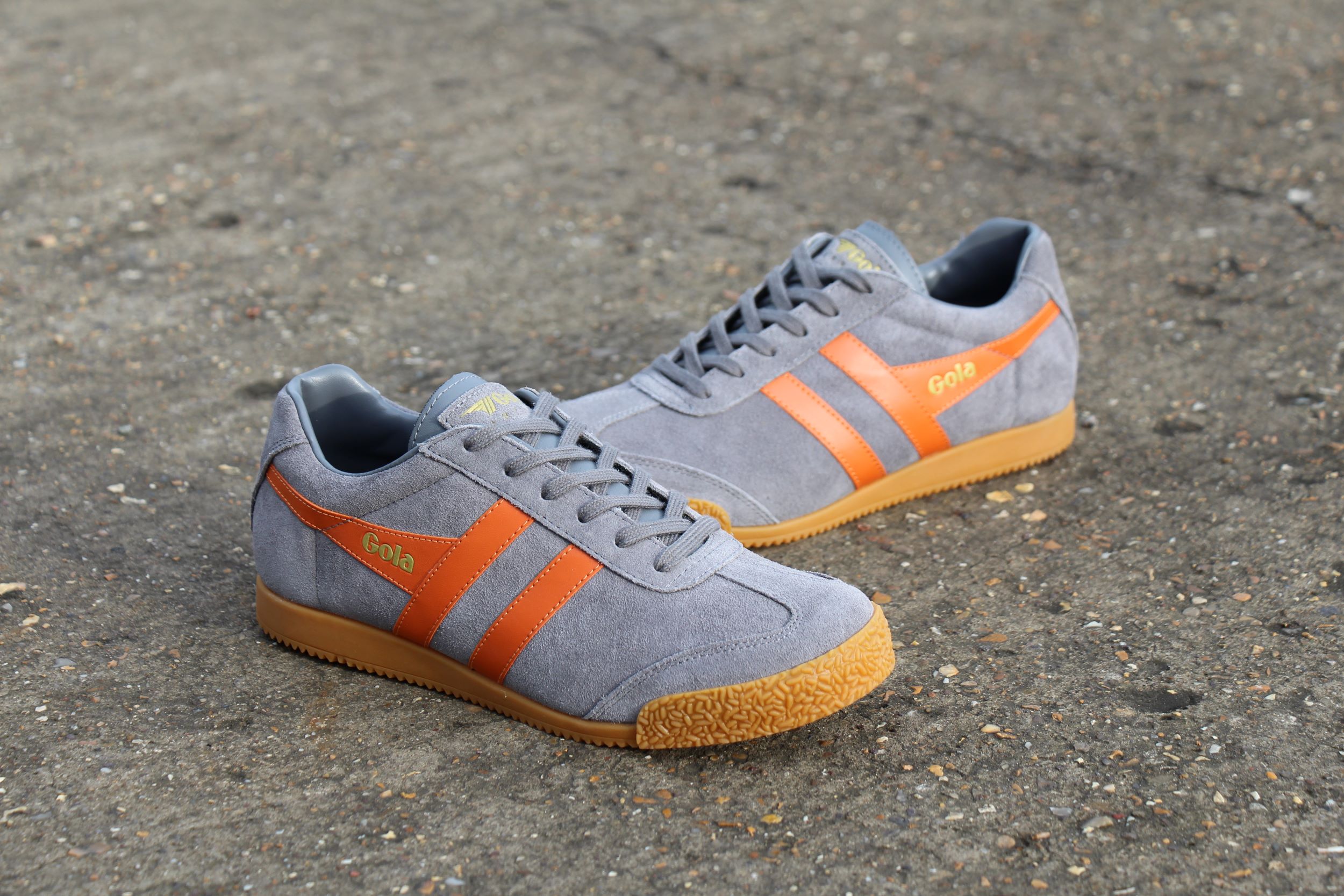 The legacy of the Harrier lives on as a timeless, and very British, trainer style. Now revived in the classic suede version, the Harrier arrives at 80s Casual Classic in some fresh colourways for the latest season. The flagship Gola training style features premium suede uppers with the iconic grippy outsole. The Harrier is finished off with Gola branding in gold foiling to the lateral side and tongue tab. We’ve now introduced the Harrier in a selection of fresh colourways such as black/yellow and grey/orange both giving a nod to the original Gola colourways from the 70s, 80s, & 90s.