X
This site uses cookies to provide and improve your shopping experience. If you want to benefit from this improved service, please opt-in.
More Info
Accept Cookies
80's Casual Classics80's CC NostalgiaGabicci Knits & Polos: One For The Soul Boys
Menu

Gabicci Knits & Polos: One For The Soul Boys

Gabicci knitwear was a classic soul boy style which crossed over into the original casual scene.

Gabicci was originally started back in 1973 by Jack Sofier and Alex Pyser after a visit to the Italian town of Gabicce Mare, located in the picturesque Province of Pesaro and Urbino. The original Gabicci style was smart, and casual at the same time, looking to Italian menswear style for its main inspiration. The iconic G logo captured the hearts of the soul movement of the 1970s with Northern Soul in the North of England and the Soul Boys in the South. World renowned Soul DJ’s like Norman Jay pioneered the original Gabicci Soul Boy look with Gabicci knitwear and polo shirts. In the beginning the Soul Boy scene was more underground with illegal warehouse parties across the South. Whereas Northern Soul celebrated classic 60s Soul songs, Soul Boy’s were more progressive, favouring more modern Soul artists of the era. The Soulful look was also adapted by the early Casuals, where it merged into the original smart casual style. The casuals took a lot of inspiration from the Soul Boys for their unique London look. 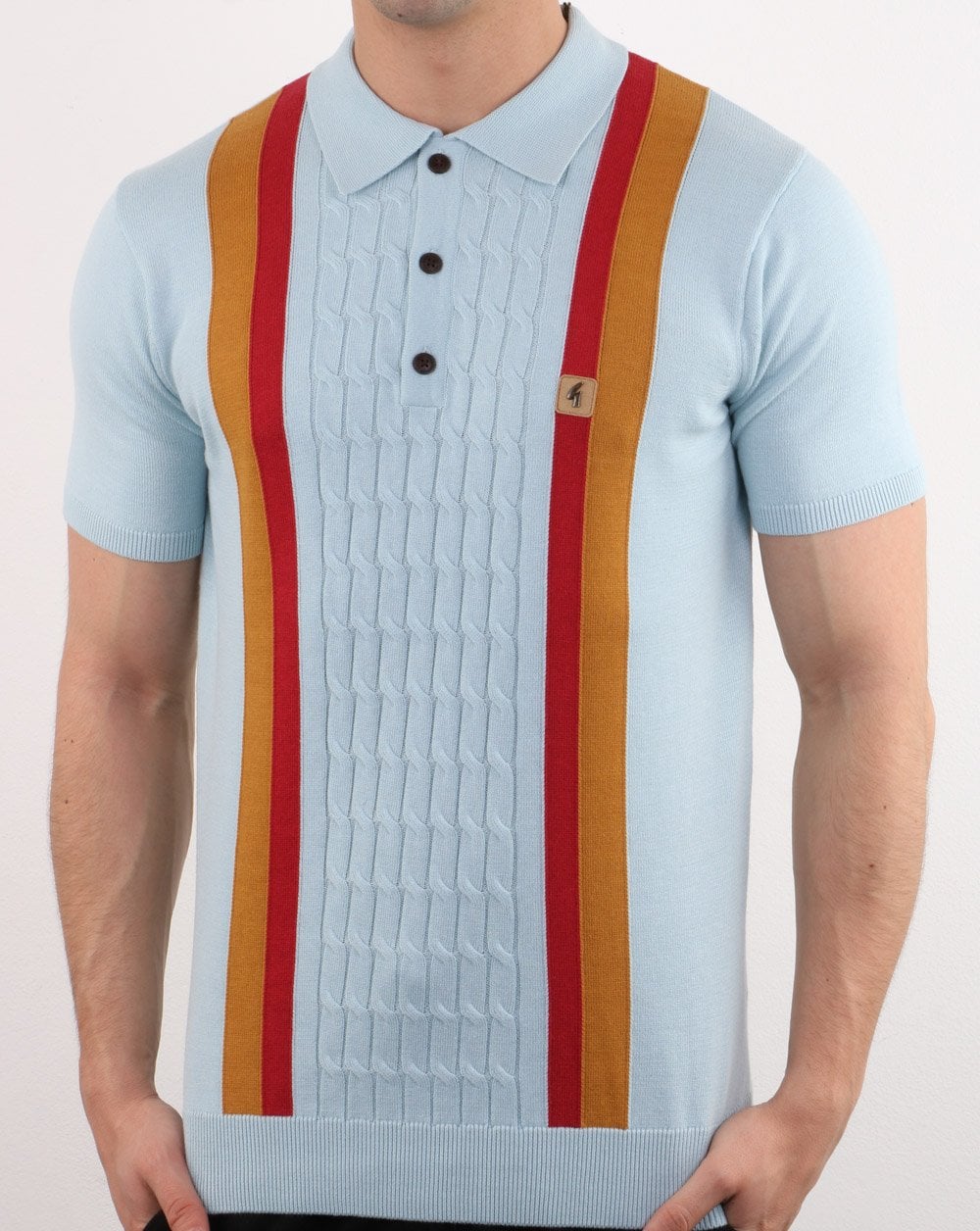 Over the years Gabicci has been worn by a wide range of Reggae, Soul & Two-Tone royalty from the Specials to Bob Marley. The smart casual Gabicci look is also captured in Guy Ritchie’s ‘Lock, Stock & Two Smoking Barrels’ from 1998 in numerous scenes, giving a nod to the original Soul Boy London look from the late 70s and early 80s. Nick Love also captures the smart casual Gabicci style in the nightclub scene’s of the ‘The Firm’ from 2009, highlighting knitted polo shirts and cardigans with the signature G logo. The cult classic also highlights the significance of British brands like Gabicci to the original Casuals and the fact they were worn as part of the ‘smarter dressers’ casual uniform. 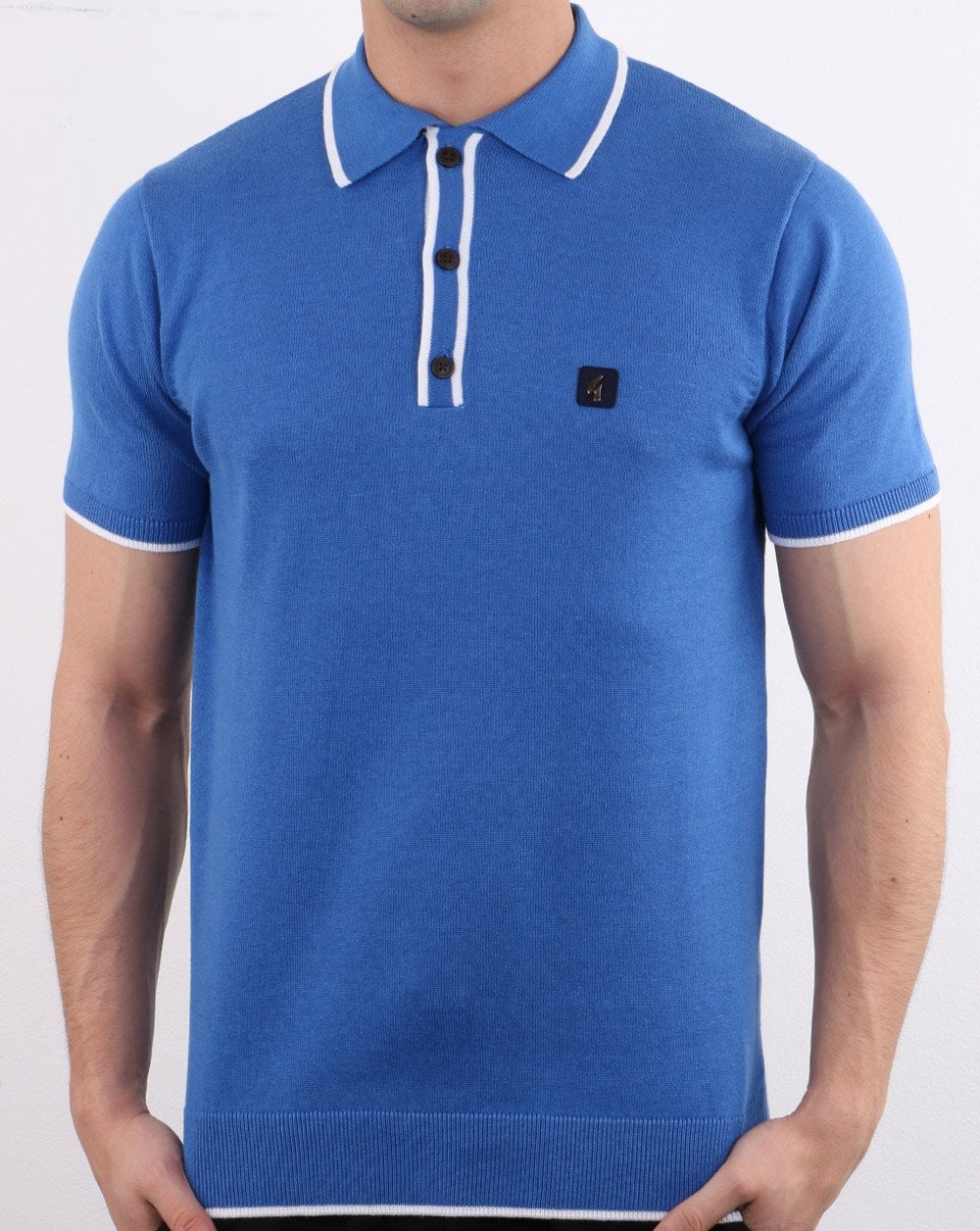 The original British casual brand is now introduced to 80s Casual Classics in a selection of classic knit and polo shirt styles for the latest season. Great for the smarter dressers out there, Gabicci also features in the forthcoming film we have worked with, The Pebble & The Boy, which is due for release later this year. Some of the latest Gabicci styles include the Turney polo shirt which features the classic Gabbici aesthetic with contrasting vertical stripes in brown & red with a premium knit construction. The Linekar gives a nod to the Tottenham & England football legend, Gary Linekar, and features classic tipped detailing to the collar and placket. The Colt polo shirt goes for the full on Soul Boy look with a classic zip collar and signature Gabicci stripe detailing throughout. Each style also features the iconic metal G logo to the left chest and come available in a selection of vintage inspired colourways. 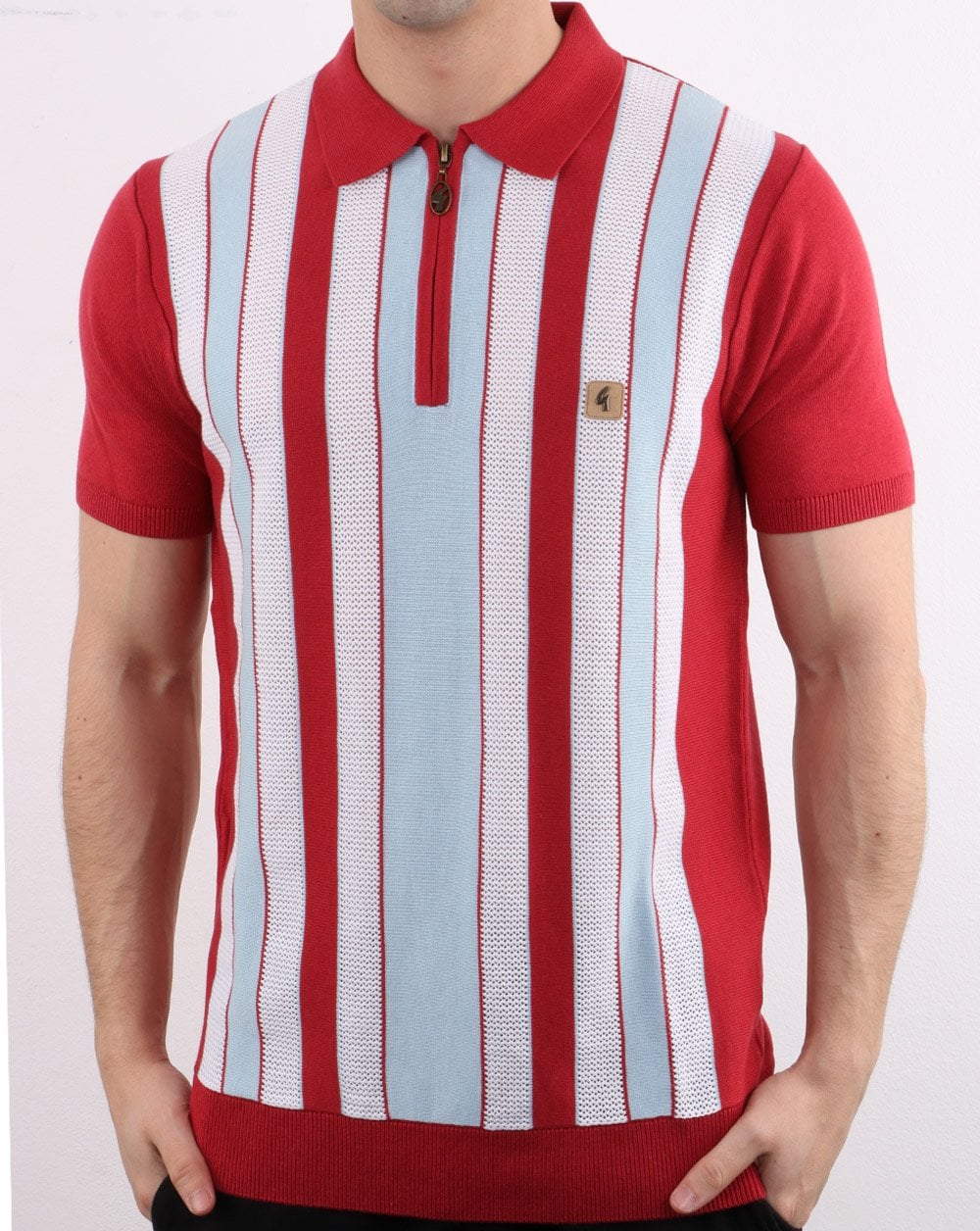 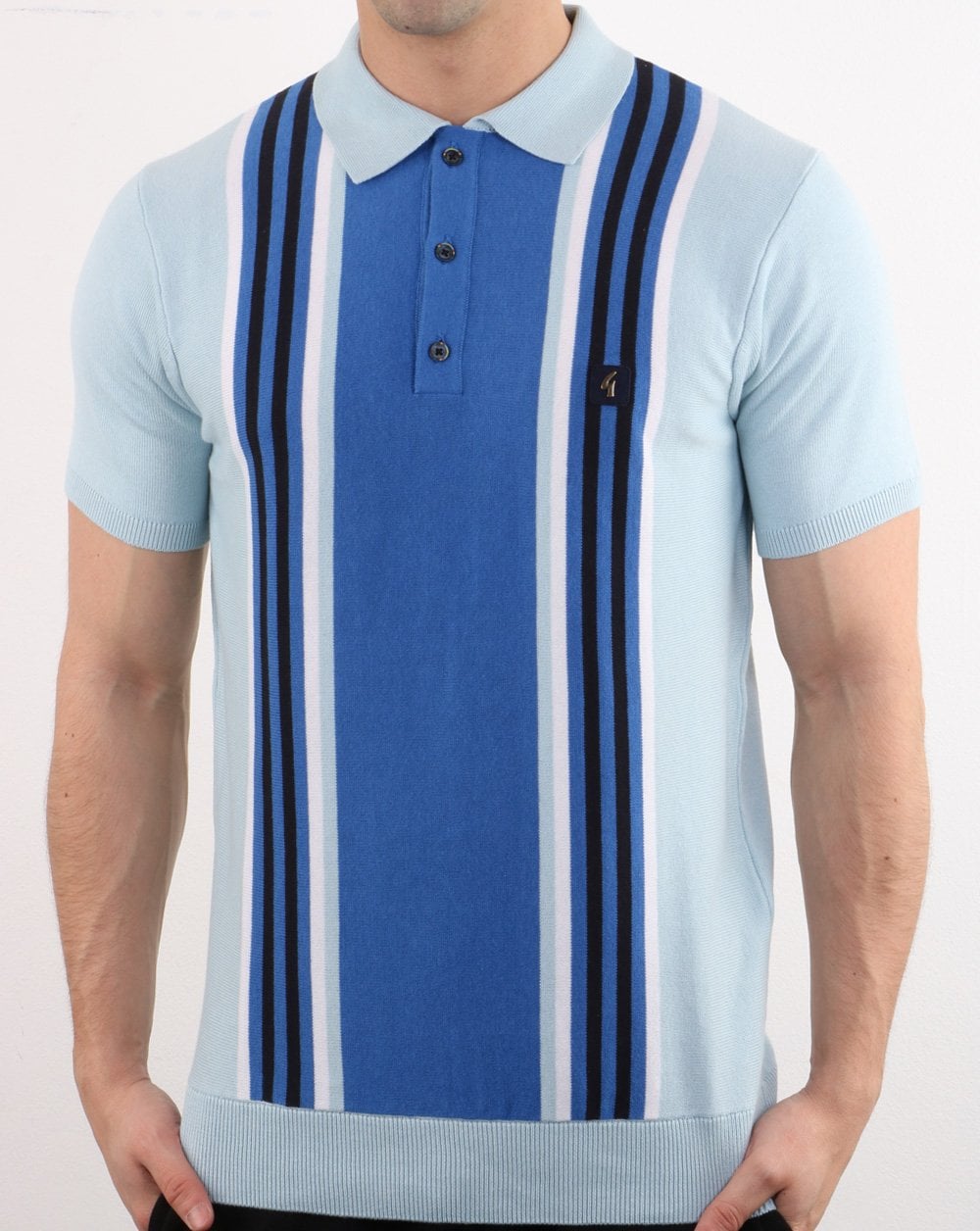