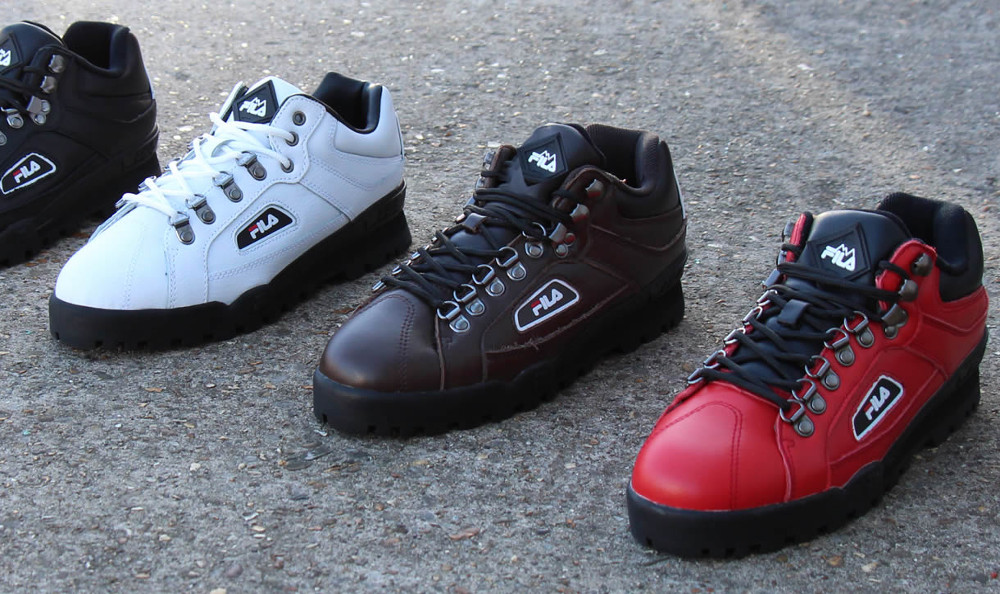 Step On: A Classic Style Returns With The Fila Trailblazer

The Fila Trailblazer was born from the mountains of Biella, Italy as a trekking shoe, however it was more raving than walking  that the Trailblazer got its name for.

Following on from the success of their White Line tennis collection as worn by the likes of Björn Borg throughout the 70s and 80s, Fila set out to diversify their ranges with performance led outdoors gear throughout the 1980s. From kitting out explorers like Reinhold Messner in 1986 with performance Fila kit as he reached the summit of Everest as well as the Swedish skier, Ingemar Stenmark, also in the same year, Fila had now stamped their iconic ‘F’ logo across a whole new world of performance apparel. The next chapter for the Italian sportswear brand saw an era of technical performance gear as well as new footwear silhouettes that could tackle the highest of peaks. Styles like the Fila Trailblazer were born, but it wasn’t just the hardcore hikers of the world who would take note of the new trekking shoe. 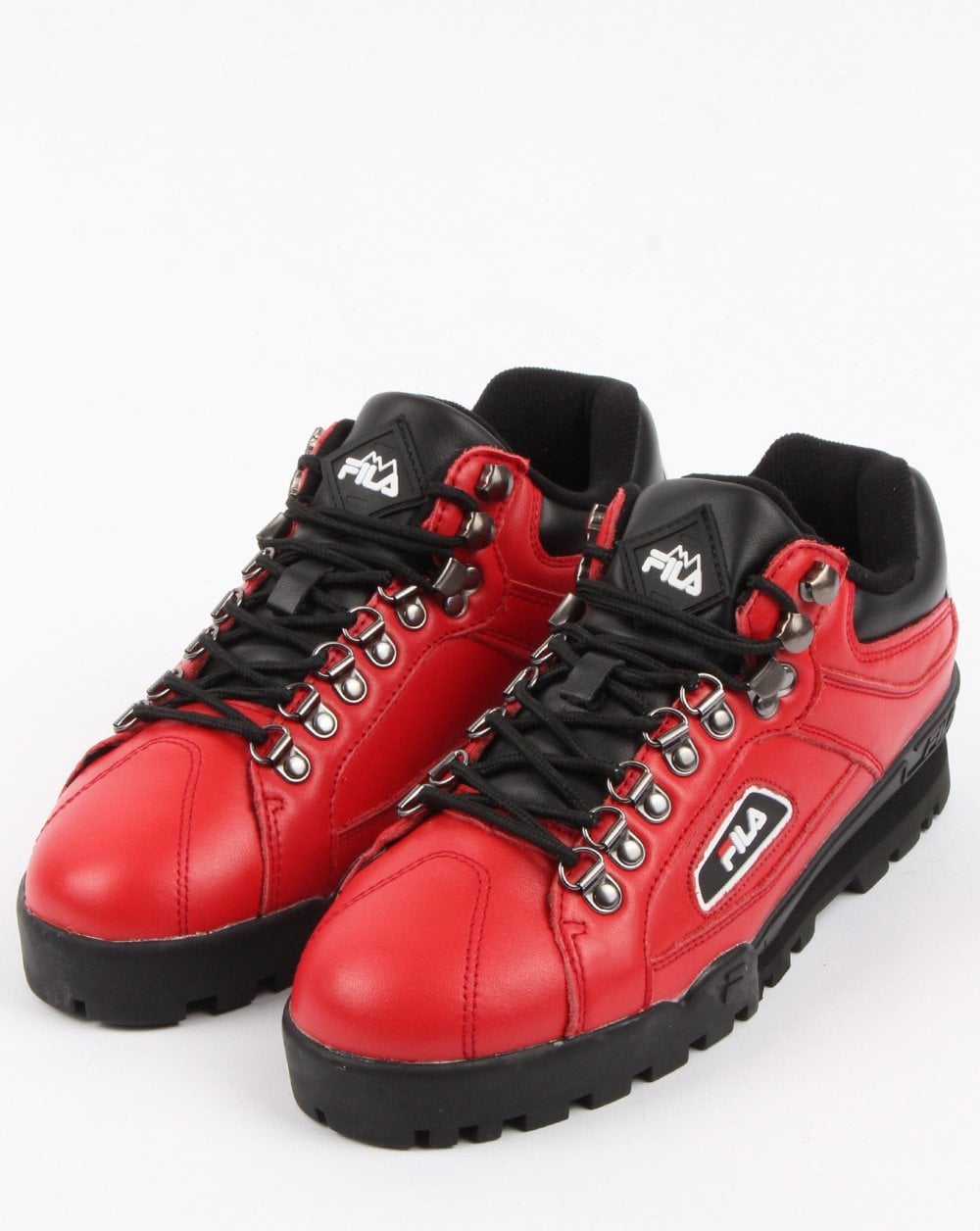 Above: The Fila Trailblazer boots in red now available at 80s Casual Classics.

Just like the casuals had worn the tennis gear from the late 70s and the early 80s, it was the subculture connection again which saw Fila enter into the new chemical generation. The Trailblazer became a favourite footwear style among the revelers of the original 90s rave scene, not really surprising considering it was inspired by the mountains of Biella, Italy. What better than an all weather boot for raving in the muddy fields that not only looked the part but was also the perfect accompaniment to the whole ‘baggy’ style. The Trailblazer went down a storm on the rave scene putting a brand new spin on the traditional hiking shoe with its almost trainer like style, bright colourways and bold Fila branding. It’s no surprise really that it’s still considered an all time retro classic. 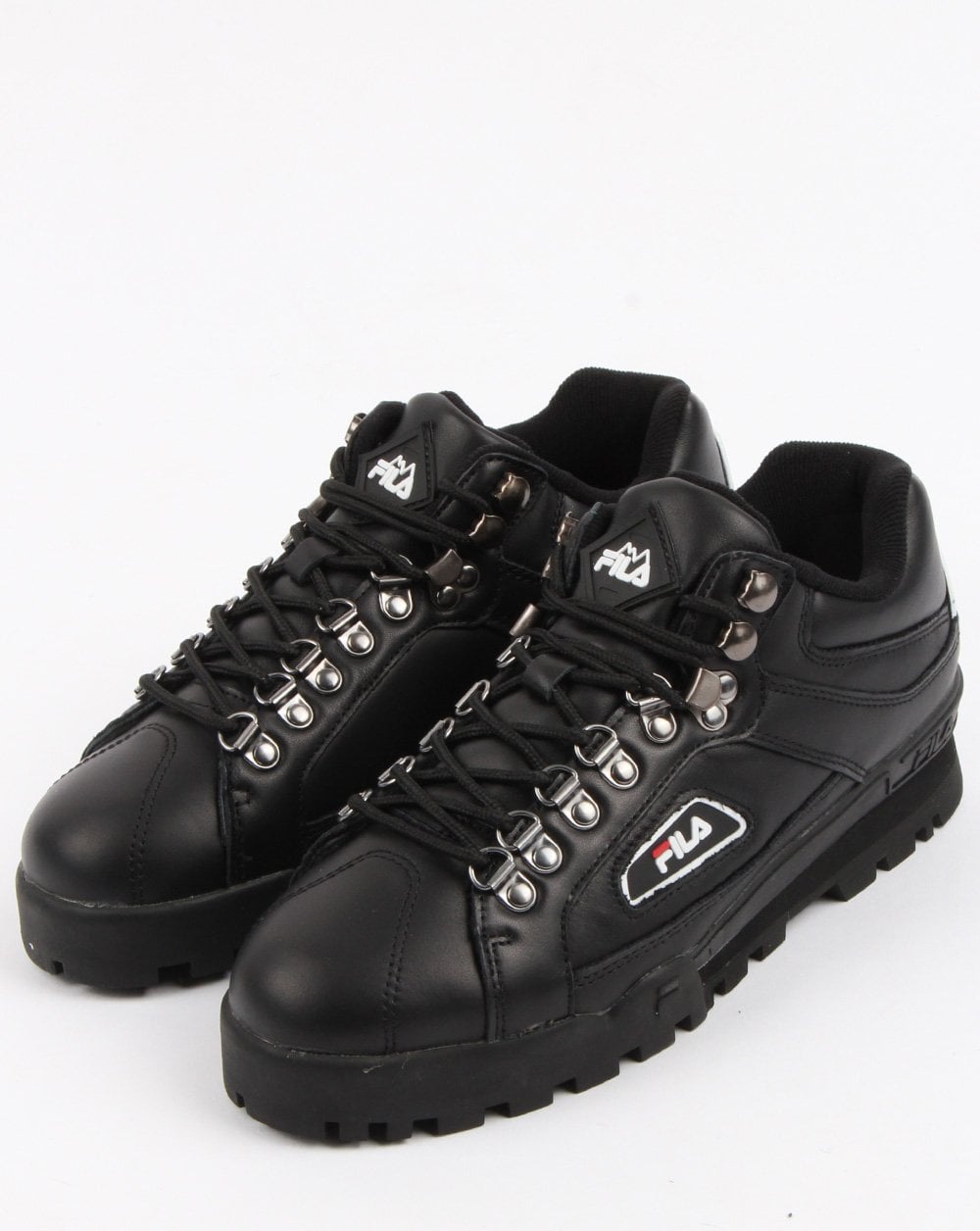 Above: The Fila Trailblazer boots in black now available at 80s Casual Classics.

Now introduced to 80s Casual Classics, the Fila Trailblazer is back in a premium full grain leather version with all the original hallmarks of the classic 90s style. Features include shiny metal eyelets, the iconic chunky sole unit, padded ankle support and retro Fila branding to the sides, tongue and heel. We’ve got the classic Fila style available in an assortment of colourways including red, black, brown and white, with sizes running from all the way from UK4 to UK11. 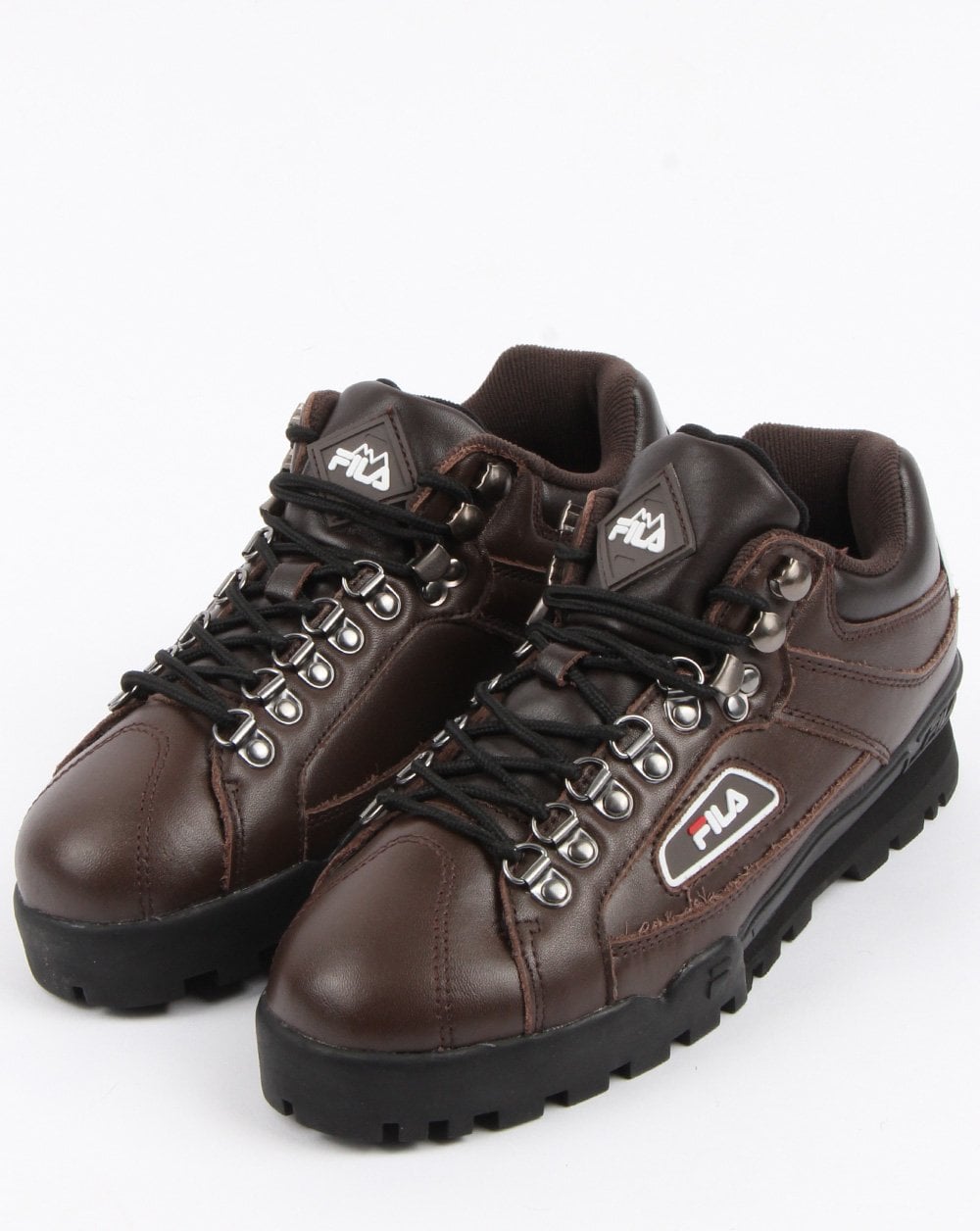 Above: The Fila Trailblazer boots in brown now available at 80s Casual Classics.