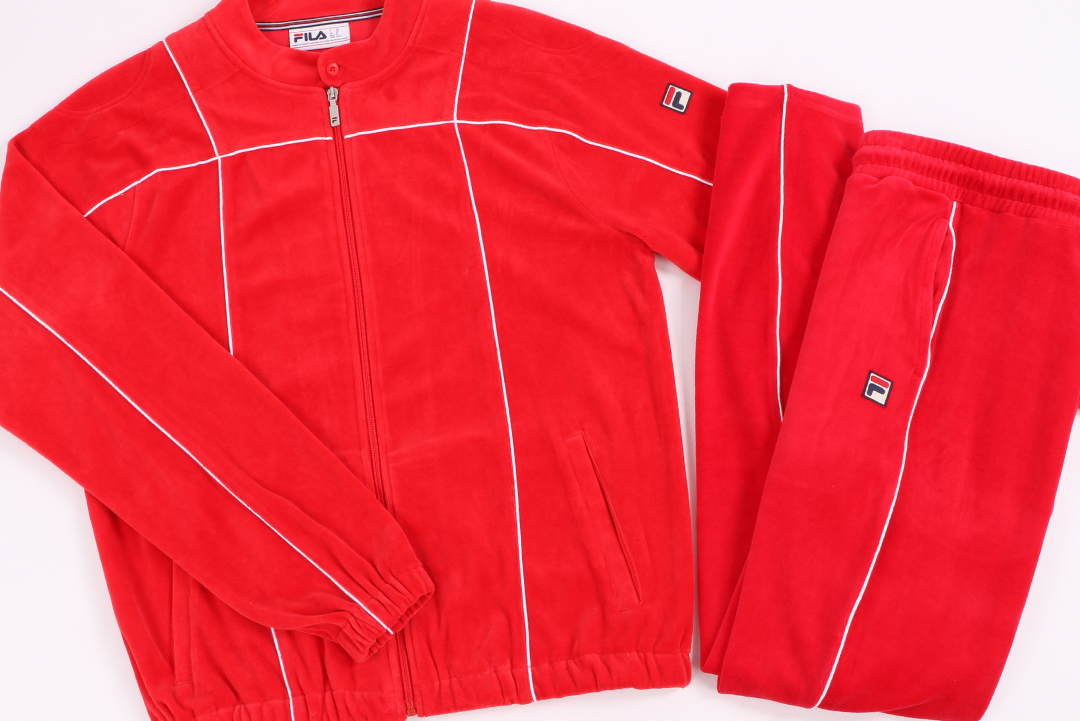 Something like the Casual subculture’s equivalent of the MA1 Flight Jacket to the Skinheads or the M51 Parka to the Mods, the Fila Terrinda tracksuit is just one of them classic 80s sportswear styles that we will always associate with the original Casual scene.

The Terrinda’s connection to the Casual scene itself is probably just as about as strong as it gets. From working class youths who overcrowded the UK’s rail networks on a weekend to the 80s pop duo, Wham, the Terrinda is still probably one of the most talked about sportswear styles from the early 80s era. The good news is the Fila Terrinda tracksuit now arrives in that classic red colourway which was revived back in 2009 courtesy of Nick Love & 80s Casual Classics. 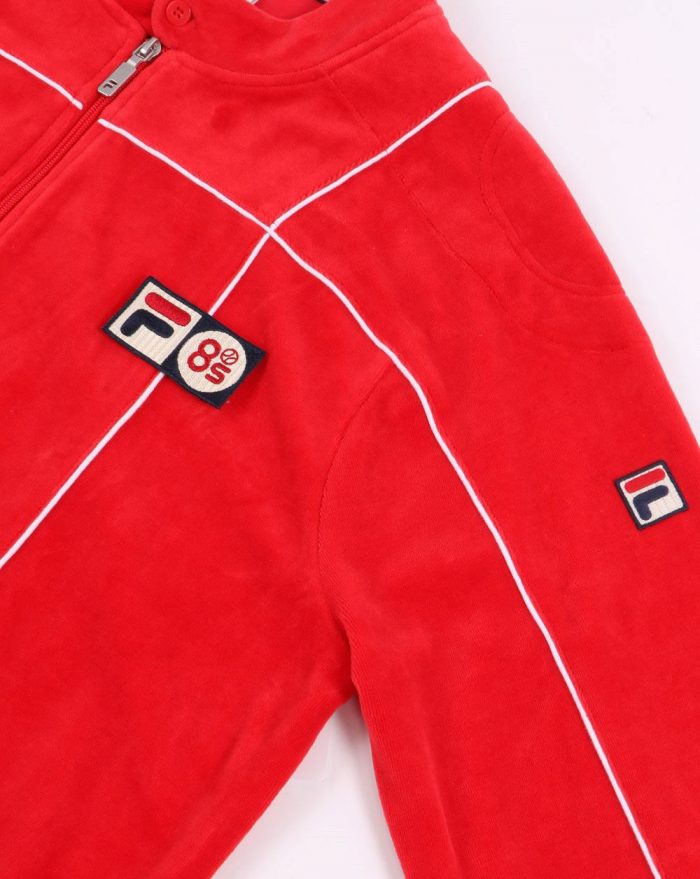 So why does the Terrinda continue to be one of the most talked about sportswear styles of the early 1980s? Well it’s probably got something to do with that the classic White Line style that no other sportswear brand has really ever managed to compete with. When the Terrinda came on the scene in 1982 the White Line had already stamped its colourful designs on the traditional tennis courts. Designed by the legendary Fila designer, Pier Luigi Rolando, the White Line caused a seismic shift in the tennis world. It was style driven sportswear like nothing you had ever seen before. It was expensive and it was endorsed by the tennis elite. The Terrinda is just a great example of how sought after expensive tennis apparel became thanks to the Casual subculture. Released at the pinnacle of sportswear & Casual fashion, owning a Terrinda for the every day working class youth was a massive wardrobe statement. 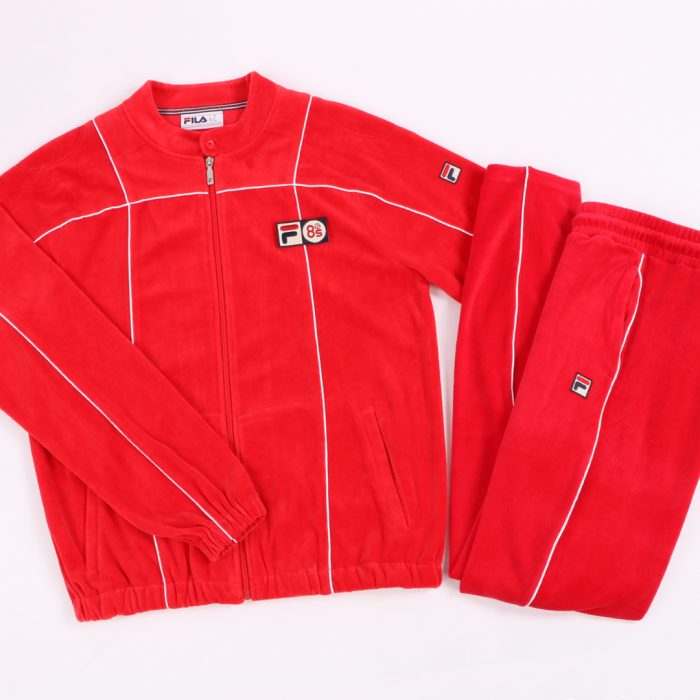 Above: The Fila Terrinda Full Tracksuit in red now available to pre-order from 80s Casual Classics.

Following the legacy of the Settanta Mk1 from 1976 and the Settanta MkII from 1980, the Settanta MkIII (Terrinda) took style driven sportswear to new levels with its biker jacket style collar, padded shoulder detail, white piping, Italian styling and luxurious velour fabric. The original 80s sportswear style was revived back in 2009 after we worked alongside Nick Love for the wardrobe of The Firm. The Terrinda was famously worn by Bex played by Paul Anderson in full tracksuit form in the final showdown scene of the film. 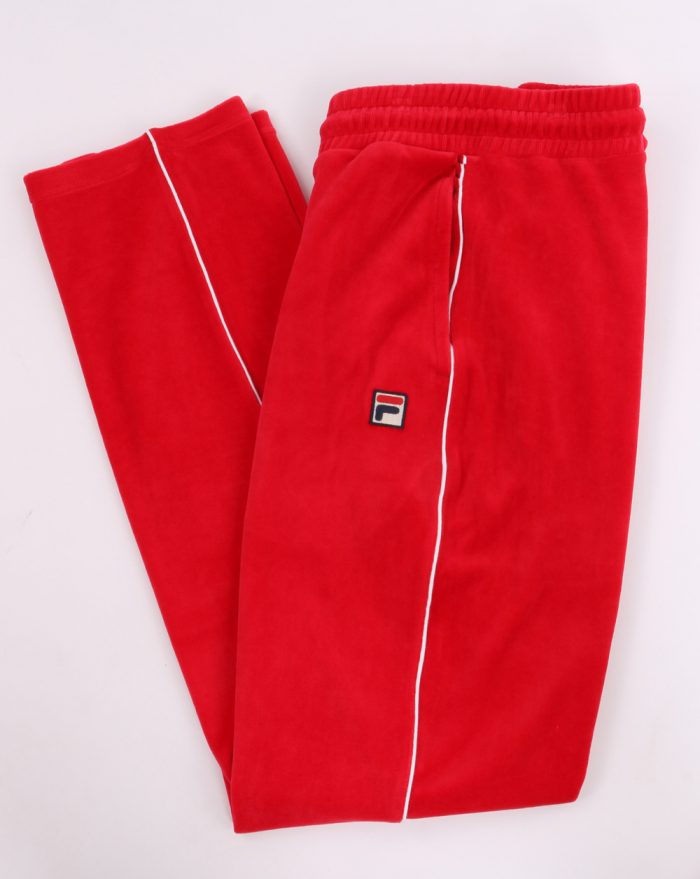 Above: The Fila Terrinda Track Pants in red now available to pre-order from 80s Casual Classics.

From its more recent revival to its original release back in the early 80s, the Terrinda still remains one of our most talked about styles of all time. Now introduced in the classic red (letterbox) colourway, the Terrinda returns in full tracksuit form. Featuring a premium velour fabric, bike style collar & signature white piping throughout, the Terrinda is a must have 80s sportswear style. The Fila Terrinda full tracksuit is now available to pre-order from 80s Casual Classics for October 2021 via the links above.