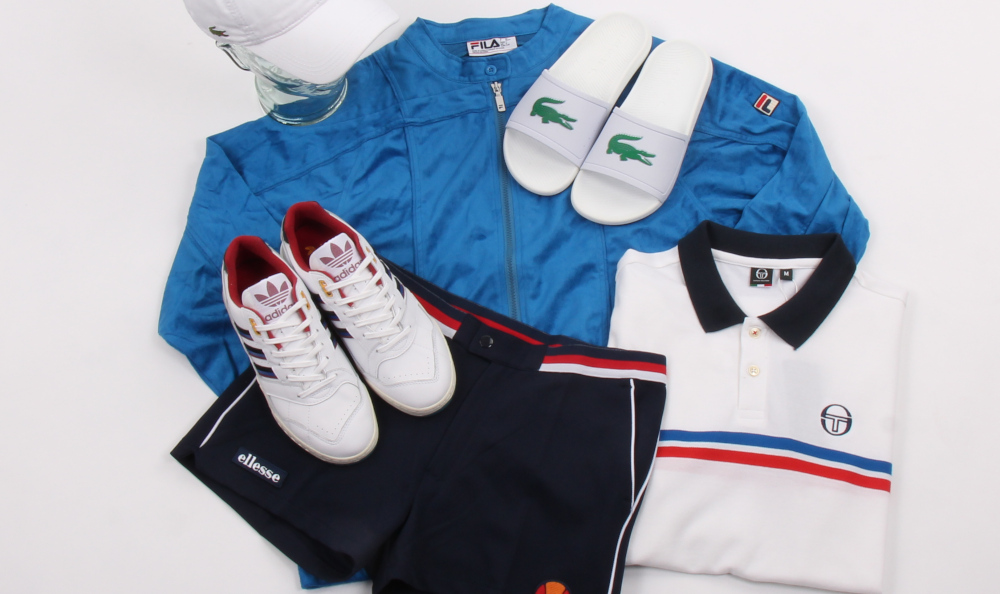 Get retro ready for the tennis season with classic 80s styles like the Fila Terrinda track top and adidas AR trainers.

The summer tennis season has officially started! With the warm up to Wimbledon, Roland Garros (French Open), now into the final stages, and the prestigious London tournament on the horizon, you just simply can’t beat this time of year. With the modern game and latest tennis uniforms reminding us of the original 80s sportswear era with crocodile advertising banners, Fila logos and updated 3 stripes tennis trainers. The game itself may have changed over the last 30 or so years, with tennis athletes now bigger and stronger than ever before, but regardless of how the sport has evolved from a technical perspective, you just simply can’t beat the original 80s tennis look. Sportswear styles like the Fila Terrinda ruled the courts and adidas really started to ramp up their trainer tech capabilities for all surfaces. So whether you’re getting in the mood for Wimbledon or heading over to one of the party islands, we’ve got all your retro tennis apparel, footwear and 80s sportswear needs covered this summer! 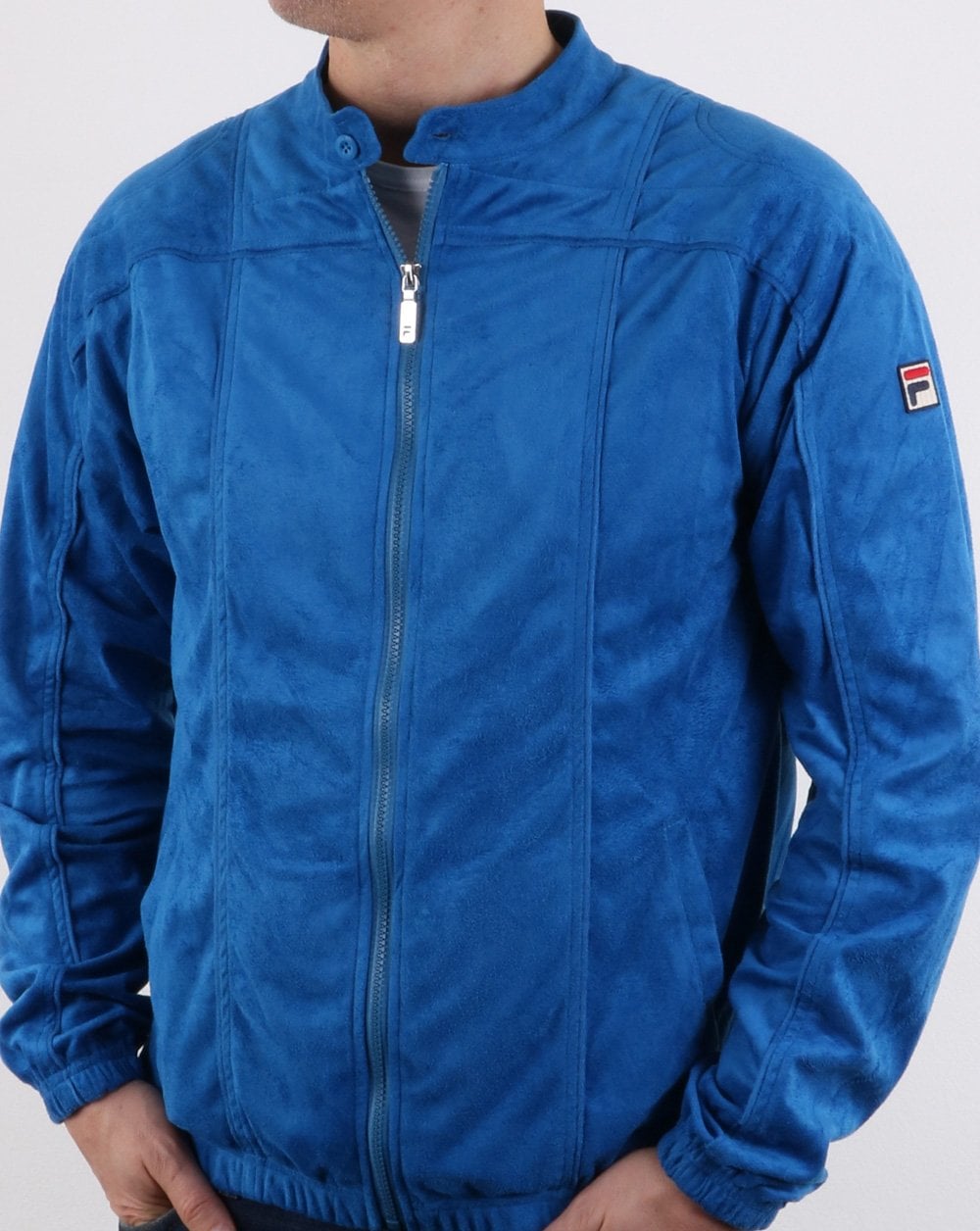 We’ve put together a selection of retro tennis outfit ideas including classic track tops from Fila, tennis shorts from Ellesse, polo shirts from Sergio Tacchni, tennis trainers from adidas and accessories from Lacoste. First up we’ve got iconic 80s court silhouettes like the Fila Terrinda Mk3 track top in some new and exclusive colourways. The Terrinda, originally released in 1982, reminds us of the legendary BJ line and the famous designs of Fila designer Pier Luigi Rolando. An all time 80s Casual Classics top seller, the Terrinda Mk3 also featured in Nick Love’s The Business and more recently on Love Island’s Jack Fincham courtesy of us. 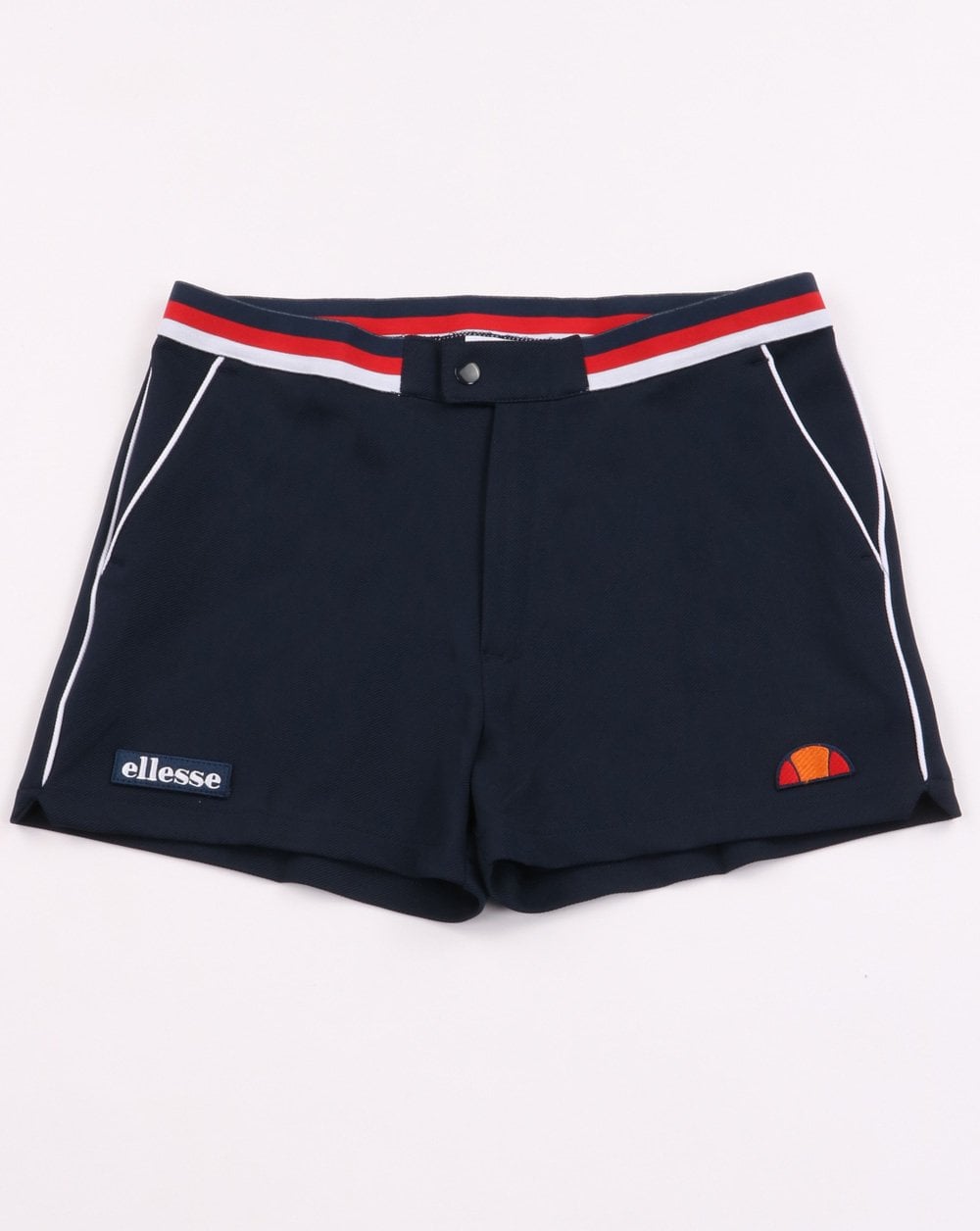 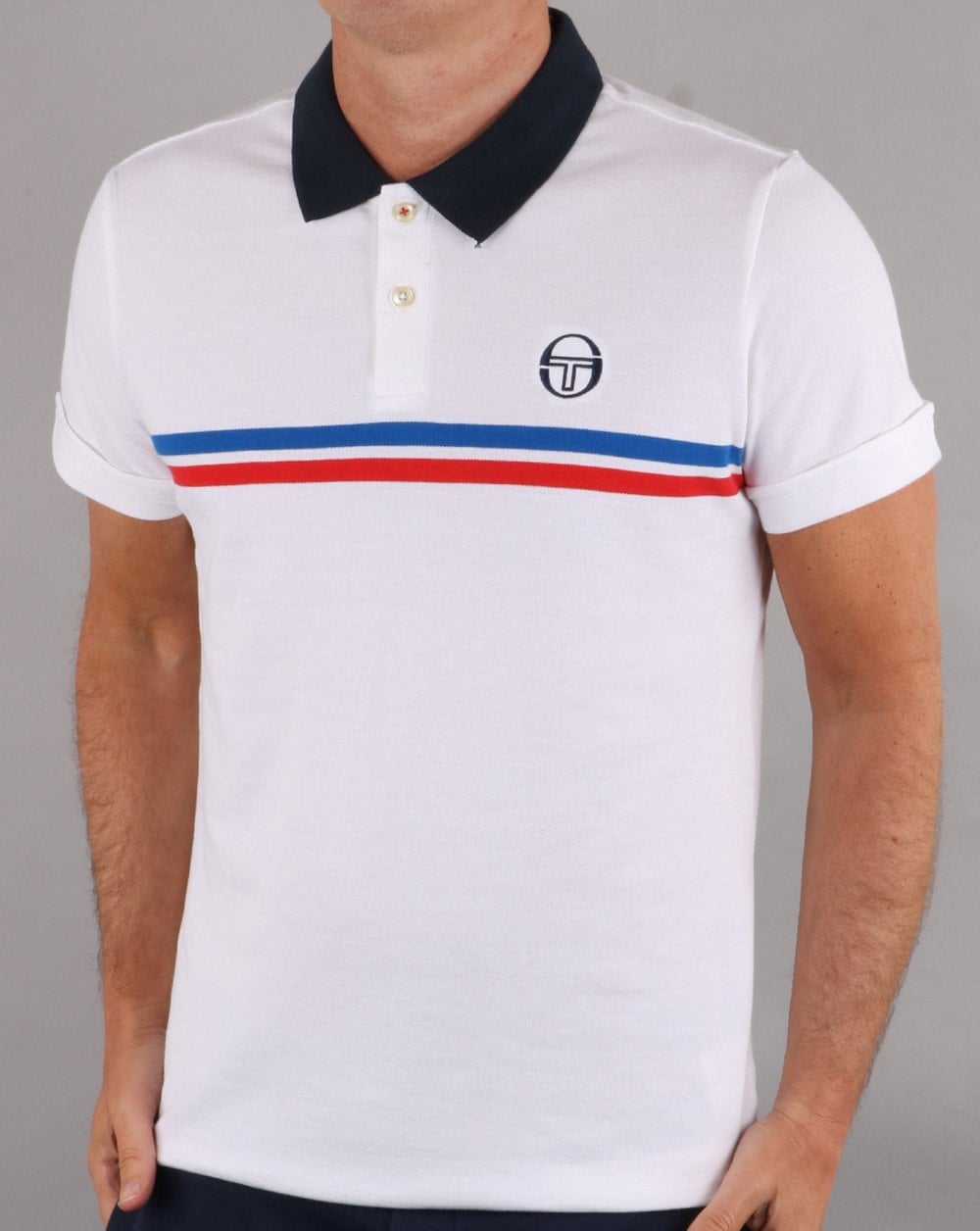 The Ellesse tennis shorts are the perfect sporty companion for the Sergio Tacchini Supermac polo shirt, an original retro style as worn by John McEnroe in his winning heydays in the 80s. The Supermac also features the same signature horizontal stripes as featured on the Dallas track top and is available in an assortment of exclusive colourways as well as t-shirt form. 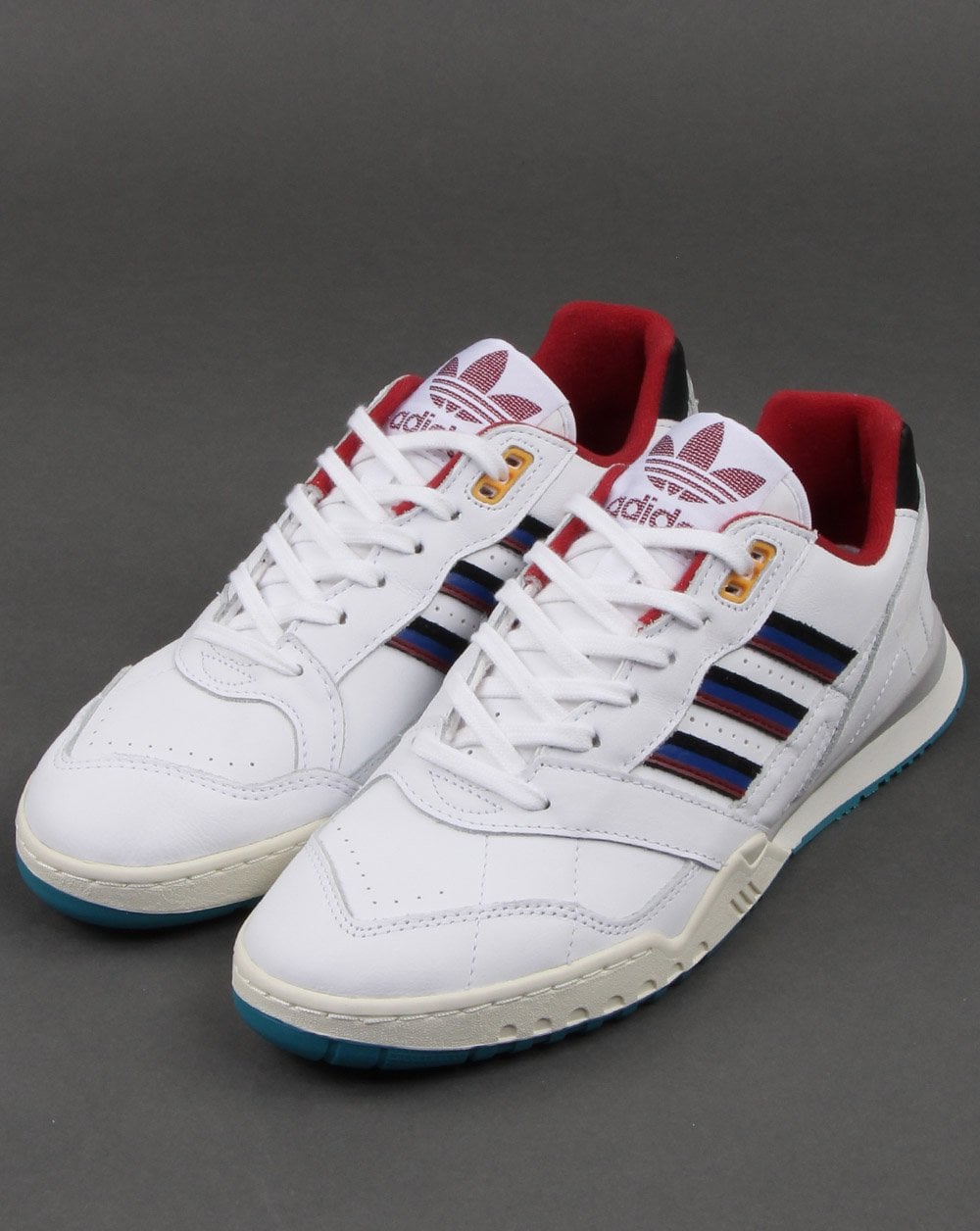 Above: The adidas AR trainer in white/burgundy/navy now available from 80s Casual Classics.

Next up we’ve got the recently released adidas AR trainer, a style which harks back to the original tennis silhouettes of the 80s such as the adidas ATP 3000, the ASC 100 and the adidas Lendl Supreme capturing all that magical 80s tennis equipment style in an old meets new kind of way. Highlights include a mixture of premium leather and suede uppers, a lightweight EVA midsole, trefoil branding and 80s inspired performance tennis colourways. 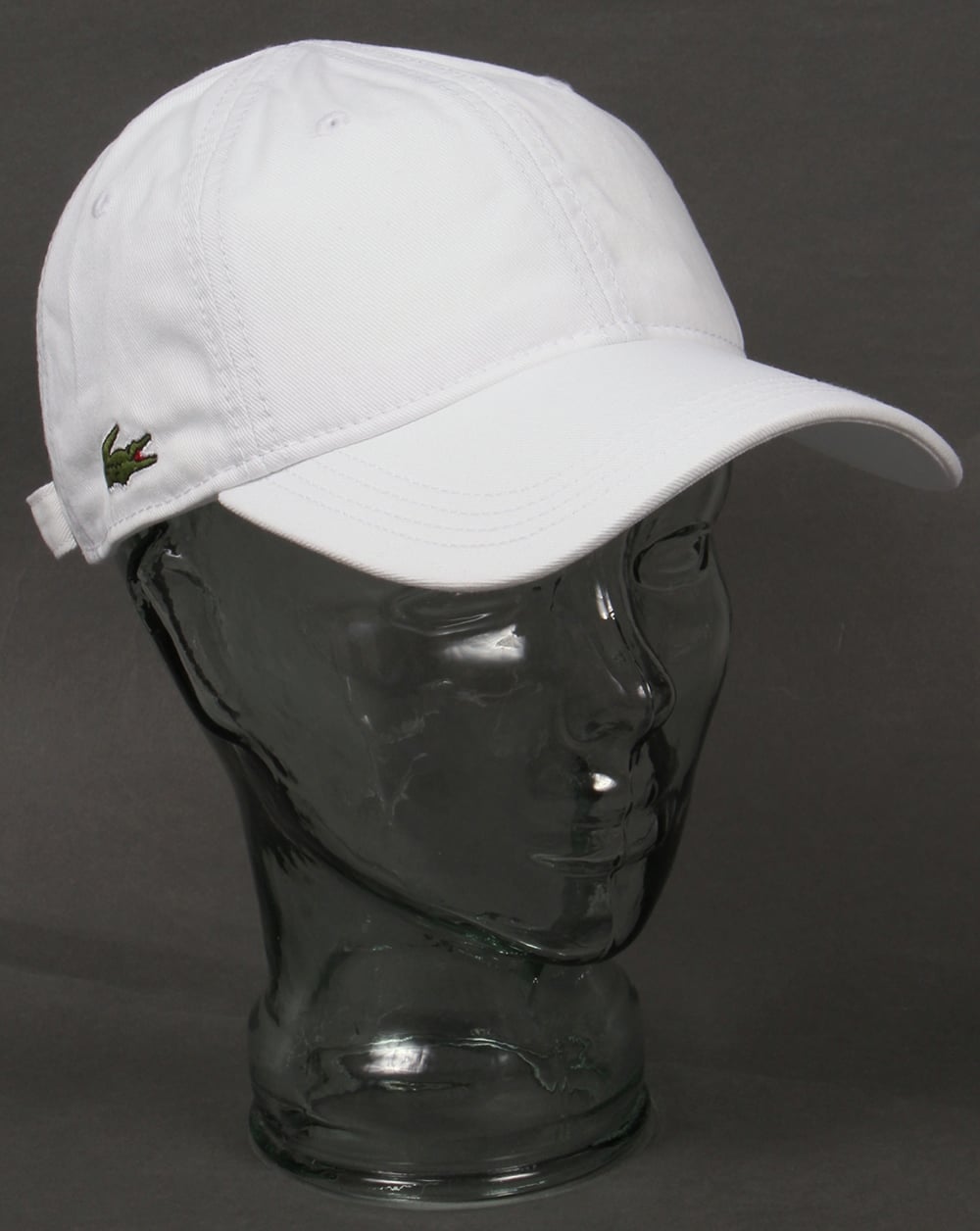 Finally no retro tennis outfit would be complete without some Lacoste thrown in. It’s where it all started after all! We’ve got the Lacoste Garbadine baseball cap, great for some classic tennis style and keeping the sun at the bay as well the Lacoste Croco sliders, a must have for them poolside holiday vibes. 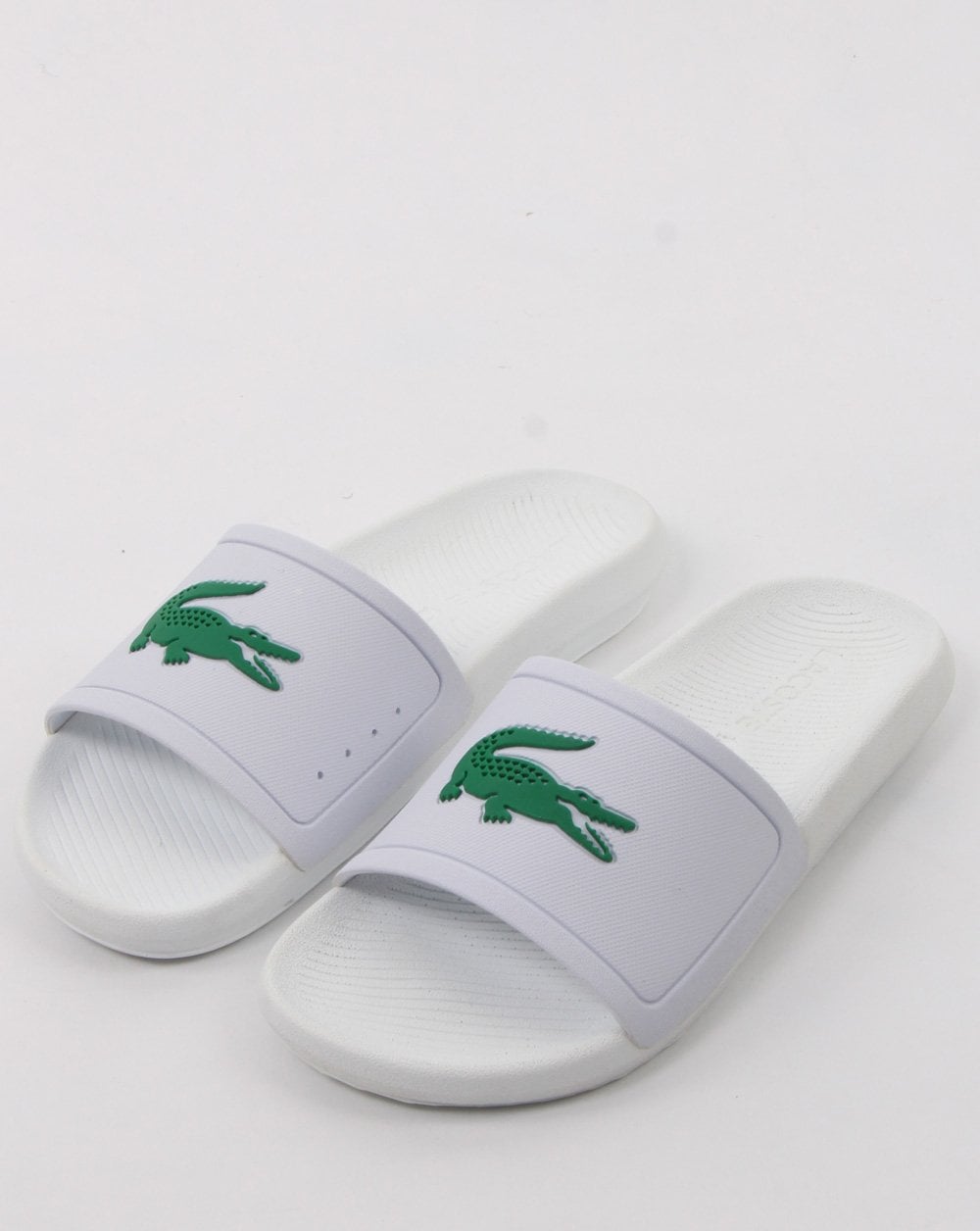 Above: The Lacoste Croco sliders in white/green now available from 80s Casual Classics.