X
This site uses cookies to provide and improve your shopping experience. If you want to benefit from this improved service, please opt-in. Cookies Page.
Accept Cookies
80's Casual ClassicsGarmentsThe Fila Striped Polo Shirt Is A Must Have Retro Summer Style
Menu 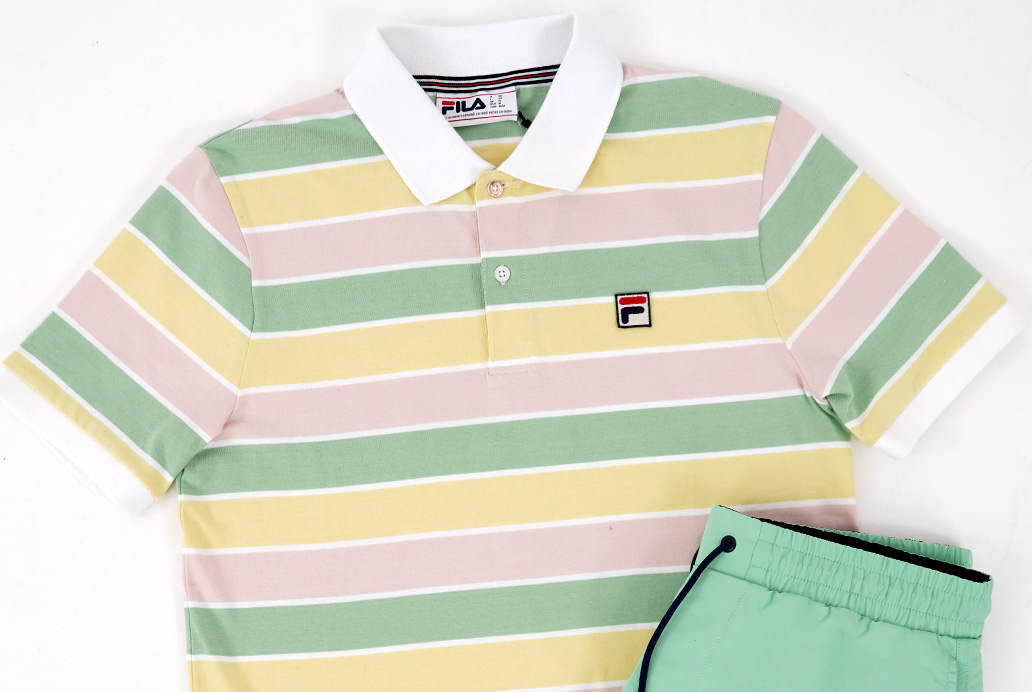 Get the ultimate in retro summer style at 80s Casual Classics with our selection of Fila Striped Polo Shirts for that ultimate poolside geezer style.

Whether you’re heading to the sunny beaches of Ibiza or the high streets of Islington this year it doesn’t really matter because summer time swagger never looked so good than the striped polo shirt from Fila. With the mercury hitting record temperatures, and the heat literally hotting up to new highs, it looks like this summer is going to be hottest since records began. So regardless if you’ve booked a staycation in Somerset with the family or a lads crusade to the Costa’s, it’s fair to say it’s going to be a hot one. Our latest selection of Fila Striped Polo Shirts will not only keep you cool through the summer months but you’ll also be the envy of all your mates because at the end of the day who does retro summer style better than 80s Casual Classics? Go grab yourself a well earned cocktail, stick some classic’s on and let’s have a little dance shall we…retro 80s style. 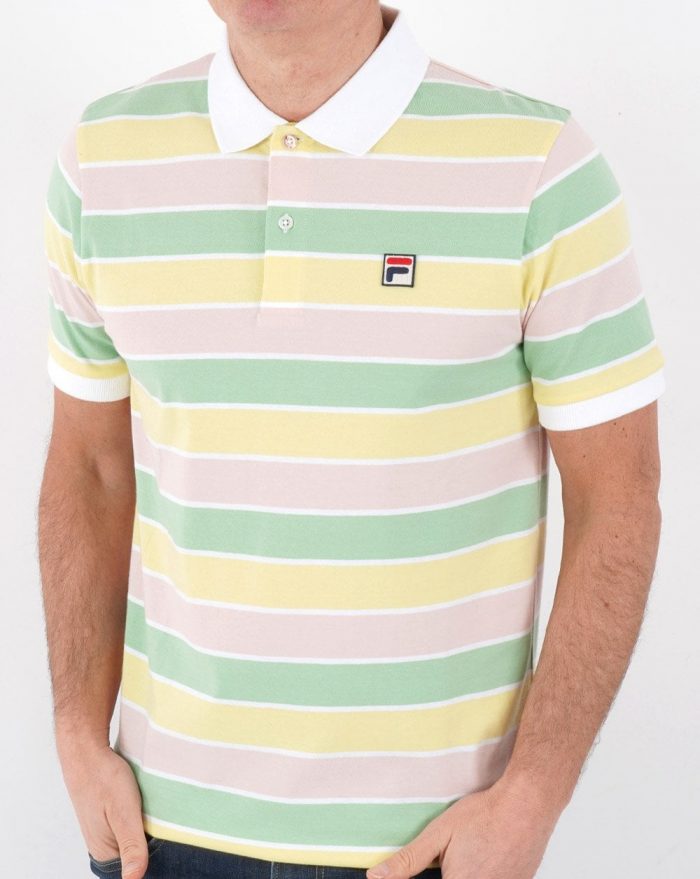 Giving a nod to the colourful White Line designs of the late 1970s & early 1980s, our latest polo shirts from Fila Vintage are a testament to the OG tennis styles of the golden era of Casual fashion. Headed up by the Italian designer Pier Luigi Rolando, the Fila White Line collection put a new spin on tennis apparel like nothing before it. Also working alongside Alessandro Galliano, it was Galliano’s role to work on performance and function of the designs, with the collection’s name giving a nod to the traditional colour scheme of tennis apparel. However, the White Line was far from it. Kelly green’s, bold red’s and navy’s combined with traditional tennis whites & Italian designer styling gave the White Line an edge like nothing seen on the tennis courts before. The legacy of the White Line continues to thrive with revival releases and archive styles we just can’t seem to get enough of. 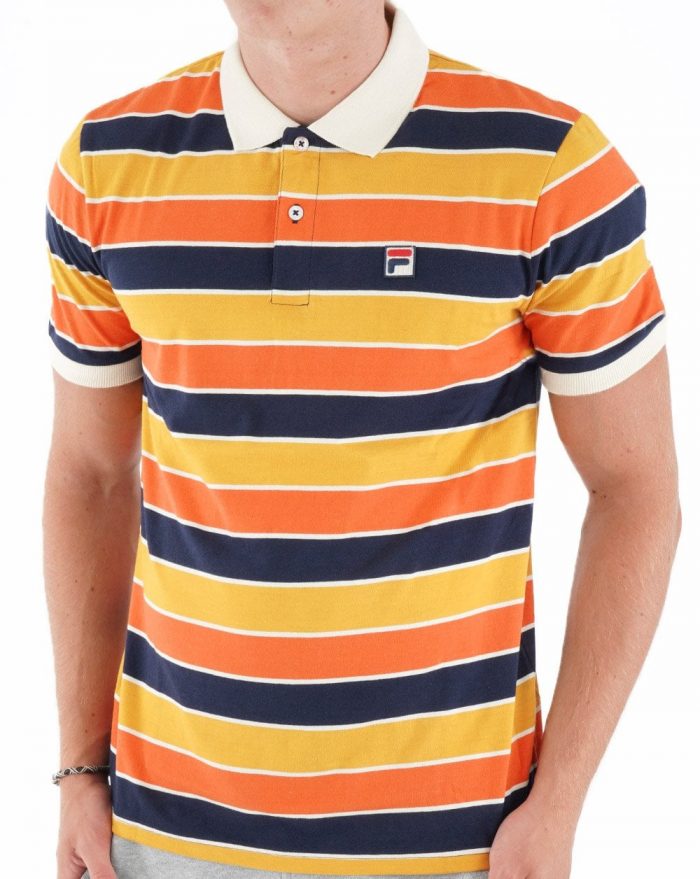 Now introduced in a selection of exclusive colourways you may also remember this particular style from Nick Love’s The Business from 2005. As famously worn by Danny Dyer in the film, the summer ready polo shirt features pink, yellow & hemlock green stripes for that ultimate poolside geezer style. Finished off with the iconic F branding to the left chest and a premium cotton fabric, it doesn’t get much better as far as colourful polo shirts go. Great for some added summer swagger the striped polo shirt will look “The Business” with a pair of Fila tennis shorts. Did you also know that Nick Love was returning to the Costa Del Crime with ‘A Town Called Malice’, a Sky Original series which is set to follow in the footsteps of the cult classic, The Business, from 2005. Shop the latest Fila Vintage at 80s Casual Classics now via the links.