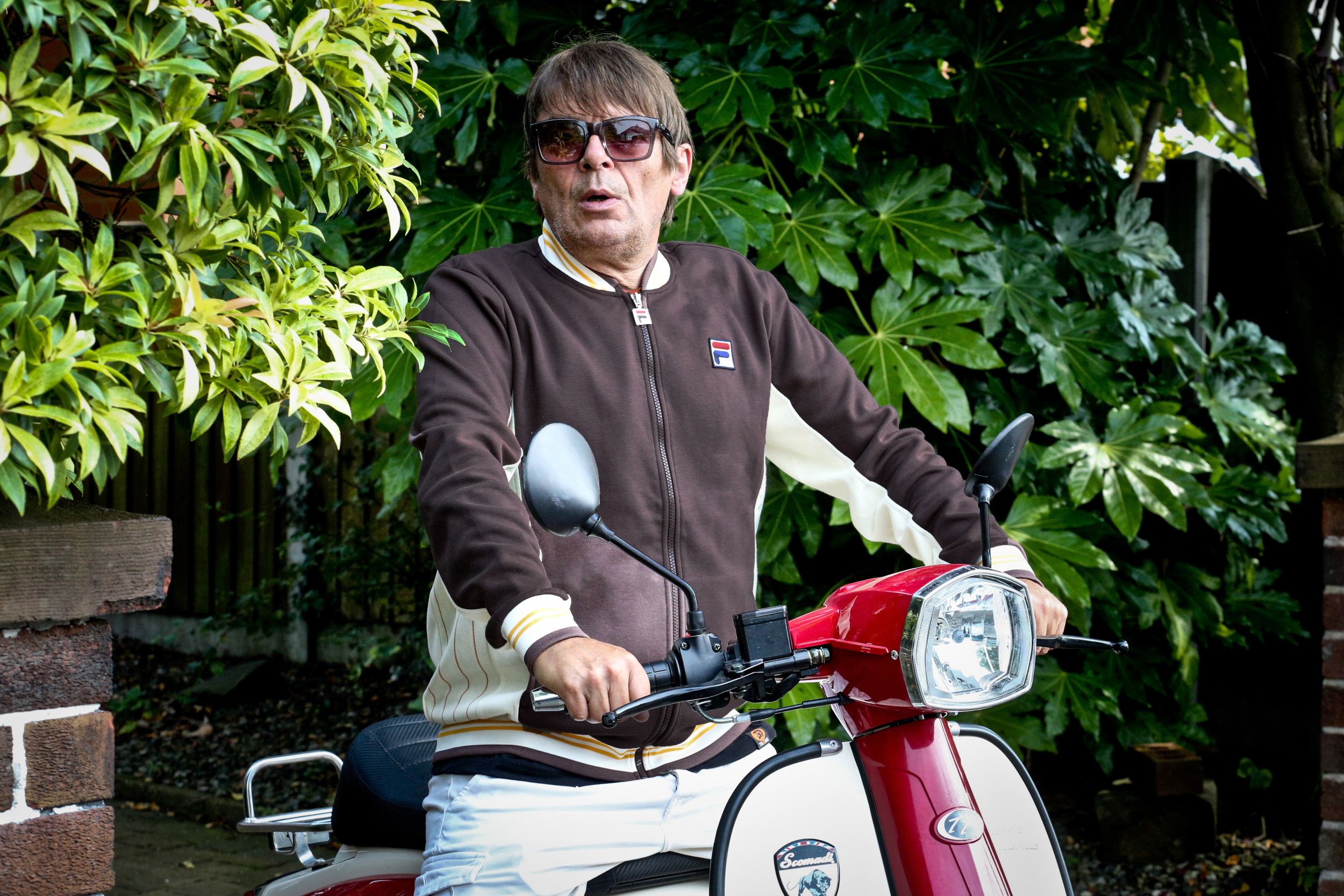 Earlier in the year we announced that we were working on another film called The Pebble & The Boy which follows the scooter journey of John Parker and a load of Mod memorabilia in between. A celebration of mod culture, retro casual fashion & a nineteen year old from Manchester who embarks on a journey from ‘Cottonopolis’ to Brighton in memory of his late father. Inspired by the music of Paul Weller & The Jam, the film captures John’s story after he inherits his estranged fathers house. The film also stars Gary Mounfield aka Mani from The Stone Roses.

Born in Crumpsall in North Manchester & an avid supporter of Man United, Mani played a vital role in the Madchester scene in the late 1980s & early 90s. His melodic & euphoric basslines, which featured on legendary songs like ‘I Wanna Be Adored’, became a signature sound for The Stone Roses, giving goose bumps along the way to many or in this case ‘Mani’ (excuse the pun). Mani recently featured on set for the forthcoming British film, The Pebble & The Boy, wearing the latest Fila Settanta track top which is now introduced in an updated choc brown & cream colourway. 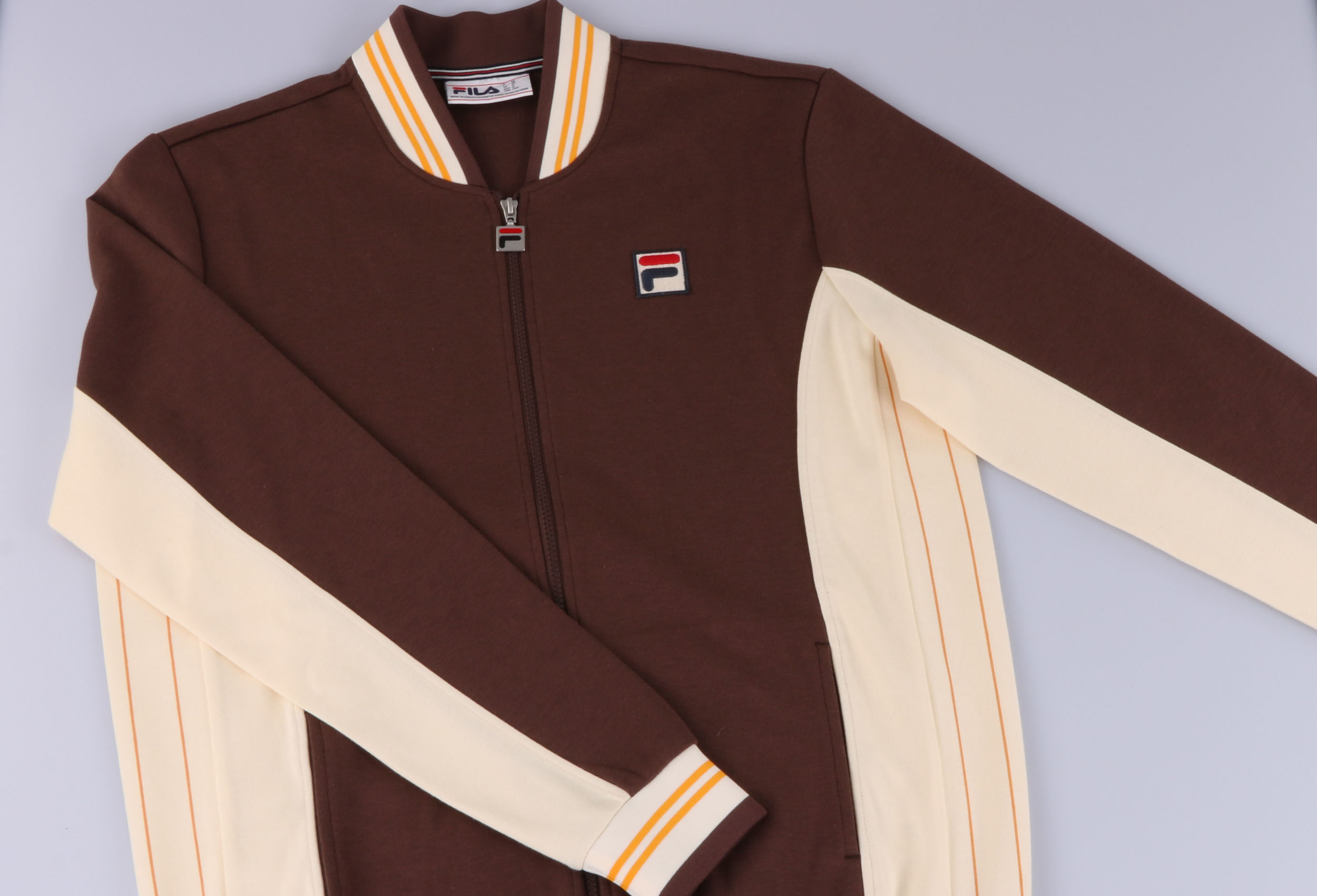 The Settanta was born out of the original Pier Luigi Rolando designs and the highly respected White Line. First released in 1976, the Settanta Mk1 really set the bar for casual sportswear. Its bold colourways were introduced at the pinnacle of casual fashion, with Björn Borg championing the classic Fila style during his highly profiled and successful tennis career. To this day the Settanta still remains one of our most sought after & best selling products of all time. 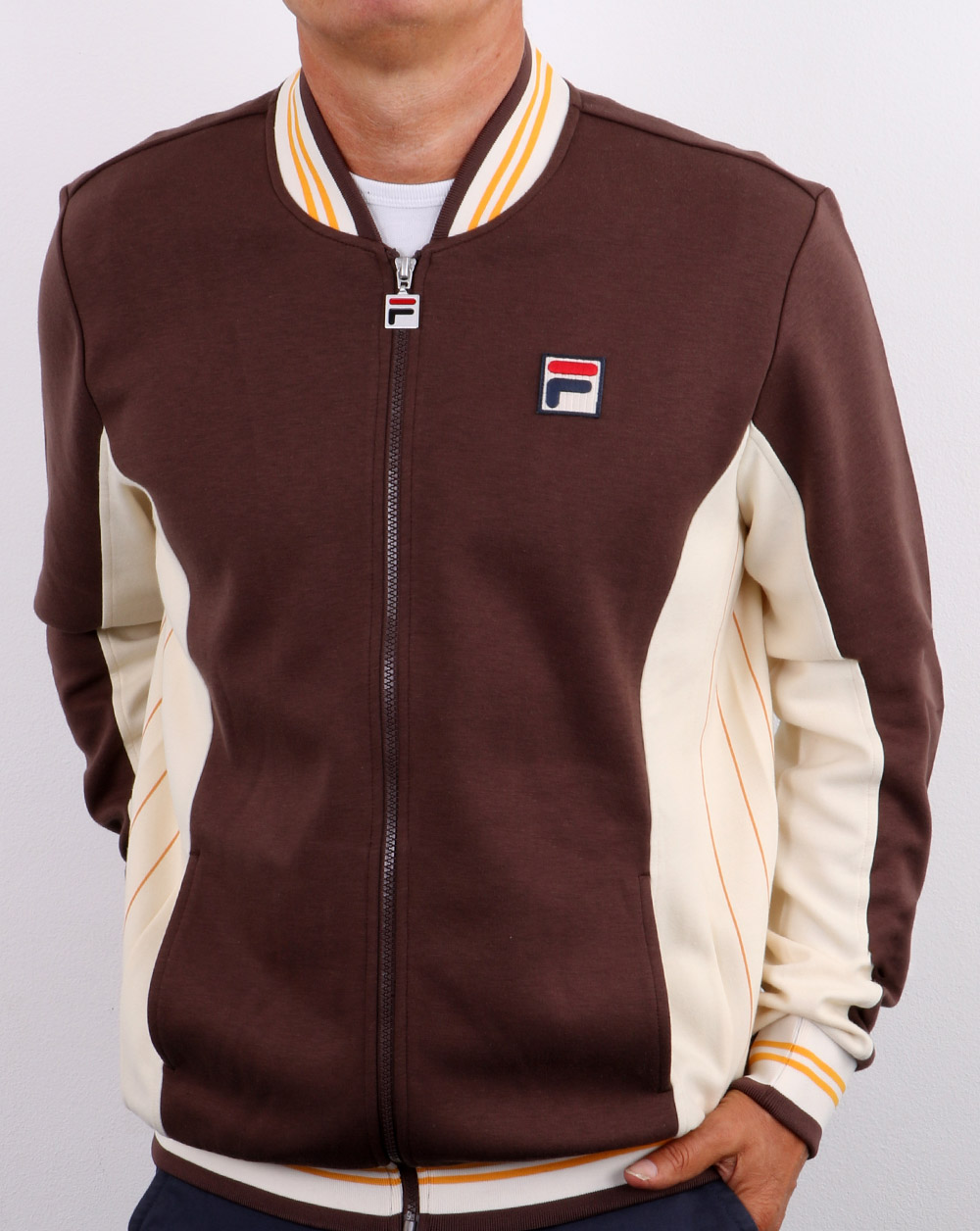 Signature 80s colours of the Settanta include navy, kelly green & red, however Fila are also known to update the Settanta with fresh new colourways each season. Now introduced in an updated choc brown & cream colourway for a palatable take on a proper 80s classic, the Settanta is a must have addition to your wardrobe for any serious dresser out there.

Highlights of the ultimate ‘White Line’ classic include a varsity inspired silhouette with the signature Settanta stripes to the sides. Crafted from a cotton/polyester mix the classic tennis style also features an updated pro Fila badge to the left chest, a varsity style collar and Fila ‘F’ branding to the zip. The Fila Settanta Mk1 in choc brown & cream is now available to pre-order from 80s Casual Classics. Expected delivery is late September/Early October 2020.