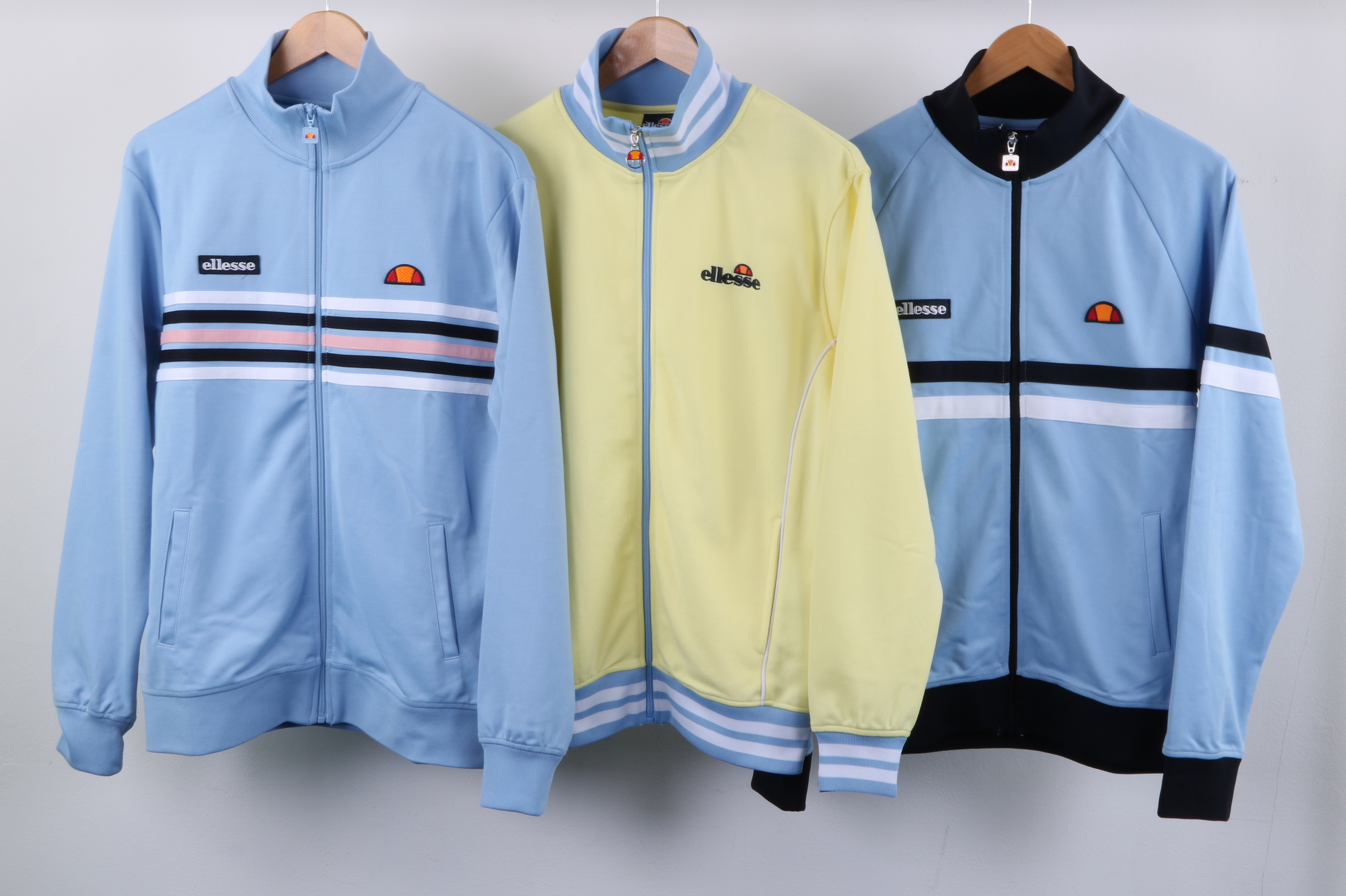 The colourful Italian sportswear brand introduce a selection of new pastel track styles like the Ellesse Vicenza track top for the latest season.

If you could sum up Ellesse in the 1980s it would probably look something like an unseeded 17 year old kid from West Germany lifting the most prestigious tennis trophy out there. Well that did actually happen. We’re of course talking about one of the greatest tennis players of all time, Boris Becker. At the mere age of 17, Becker was the youngest player to win a major Grand Slam tournament at the time. As Becker lifted the prestigious Wimbledon trophy in 1985 the whole world was watching. Not only was there a new kid on the block, but he was wearing Ellesse. The Wimbledon track style perfectly summed up what Ellesse were about. Colourful sportswear worn by champions & every young casual kid wanted a piece of it. Ellesse have now introduced a selection of new pastel track styles for the latest season such as the Ellesse Vicenza track top which gives a nod to the golden era of casual sportswear from the 1980s. 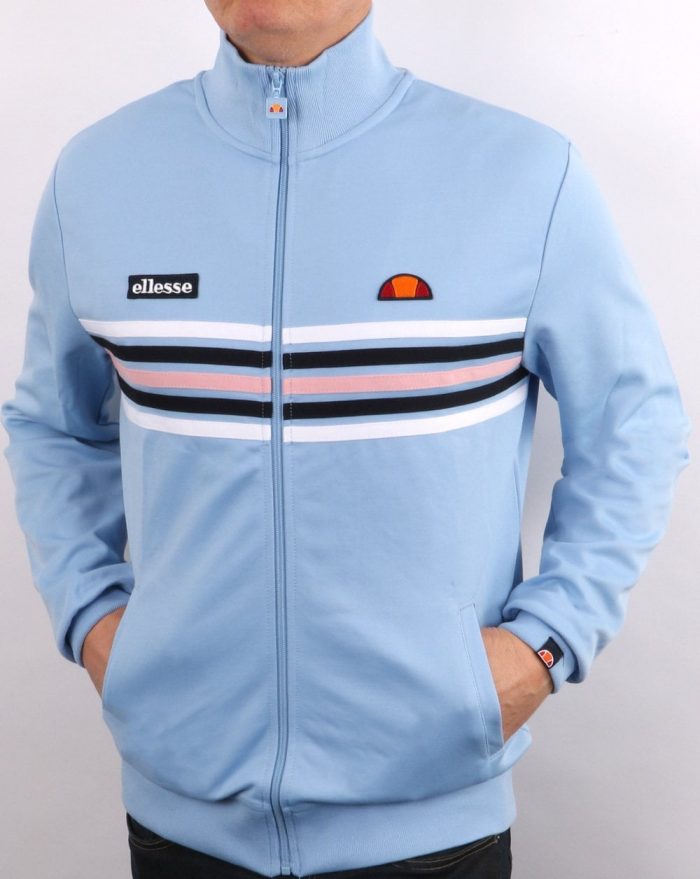 Originally focusing on ski-wear, it was the mid 1970s where Ellesse switched its focus to the tennis courts with ‘in your face’ colourways & vibrant Italian court apparel. The half tennis ball logo became a symbol of champions thanks to endorsements with the likes of Guillermo Vilas & Boris Becker. The shot of Becker lifting the Wimbledon trophy in 1985 has become a testament to the brand’s colourful style and influence on casual sportswear from the 1980s. Some of the latest track styles from Ellesse to land at 80s Casual Classics includes the likes of the Rimini, the Vicenza & the Milano, which are all now introduced in some fresh pastel hues. 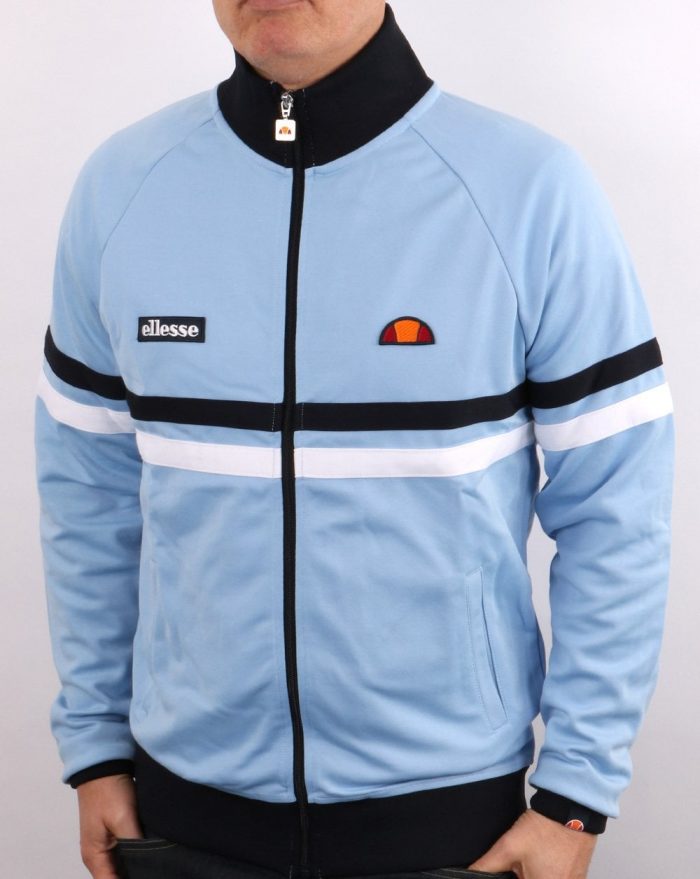 First released in 1982, the original Ellesse Rimini track top was born in a golden era of casual sportswear & takes its legendary name from the Italian city on the Adriatic coast. The popular casual style features the signature double stripes running across the chest & sleeves, and was revived back in 2009 courtesy of ourselves and Nick Love’s colourful casual film, The Firm. The Rimini now lands in some updated pastel hues such as sky blue for a summery spin on the 80s casual icon. 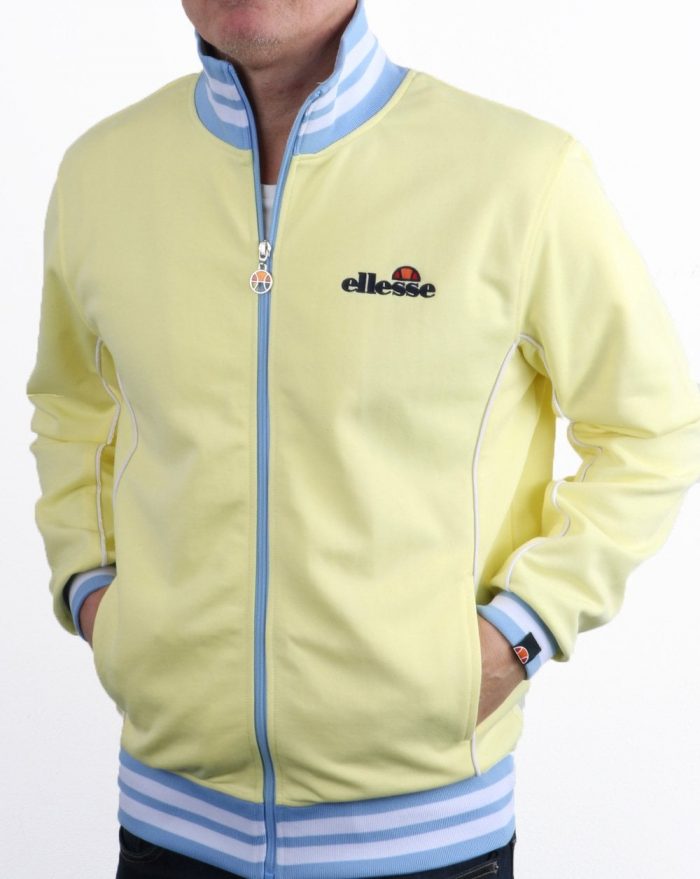 Other new track styles from the Italian sportswear brand includes the Ellesse Vicenza track top which takes its name from the Italian city located in the Veneto region of the country. Also available in sky blue, the design gives a nod to the Ellesse tennis archives from the 1980s with contrasting stripes to the front in white navy & pink. We’ve also got the Ellesse Milano track top which again looks back to the tennis archives with a funnel neck design in a striking light yellow colourway for that ultimate OG 80s vibes. Each style is finished off with the iconic half ball tennis logo to the left chest, left cuff & zip alongside Ellesse branding to the right chest.