X
This site uses cookies to provide and improve your shopping experience. If you want to benefit from this improved service, please opt-in.
More Info
Accept Cookies
80's Casual Classics80's CC NostalgiaStep Into The Sunshine With Ellesse At 80s Casual Classics
Menu 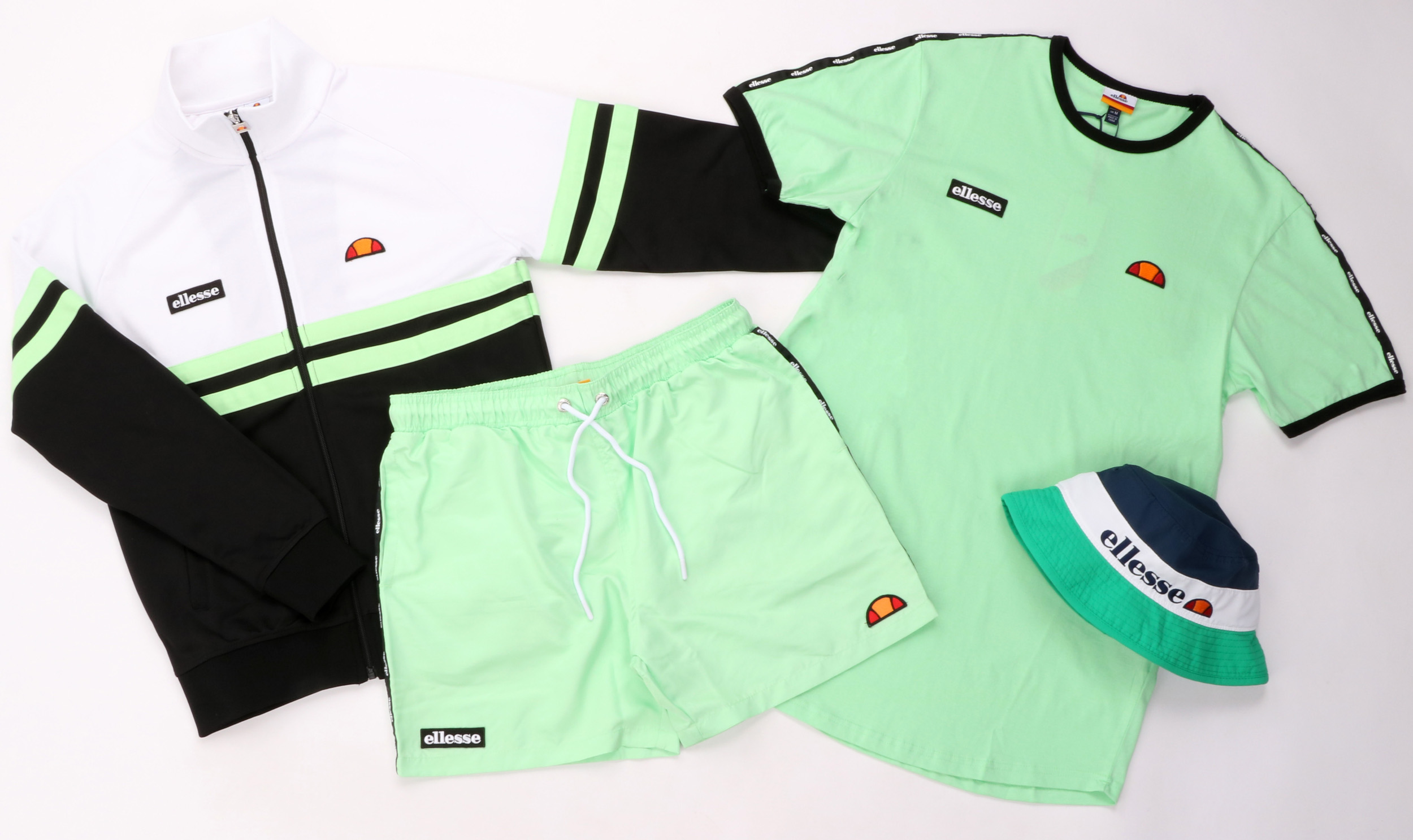 Step Into The Sunshine With Ellesse At 80s Casual Classics

The Italian brand add a touch of lime green to a range of staples and classics with Ellesse t-shirts & shorts for the latest season.

What do you get when you put the letters L & S together? Ellesse of course, which are the initials of its very own founder, Leonardo Servadio. Founded back in 1959, Servadio looked to offer a completely new angle on sportswear, originally focusing on ski-wear. The designs were vibrant, cool & also functional for the slopes giving Ellesse an edge over traditional ski apparel. Moving from the slopes to the tennis courts, Servadio introduced his vibrant designs into the wonderful world of Pimms & polo shirts. In 1975 The Ellesse half tennis ball logo was born with Servadio putting his stylish Italian sportswear designs on Ellesse t-shirts, polo shirts & track tops alongside endorsements with the likes of Guillermo Vilas & Boris Becker. As well as releasing a range of stylish tennis styles, Ellesse also kitted out the Italian football team with an exclusive track top for the Spanish World Cup in 1982. 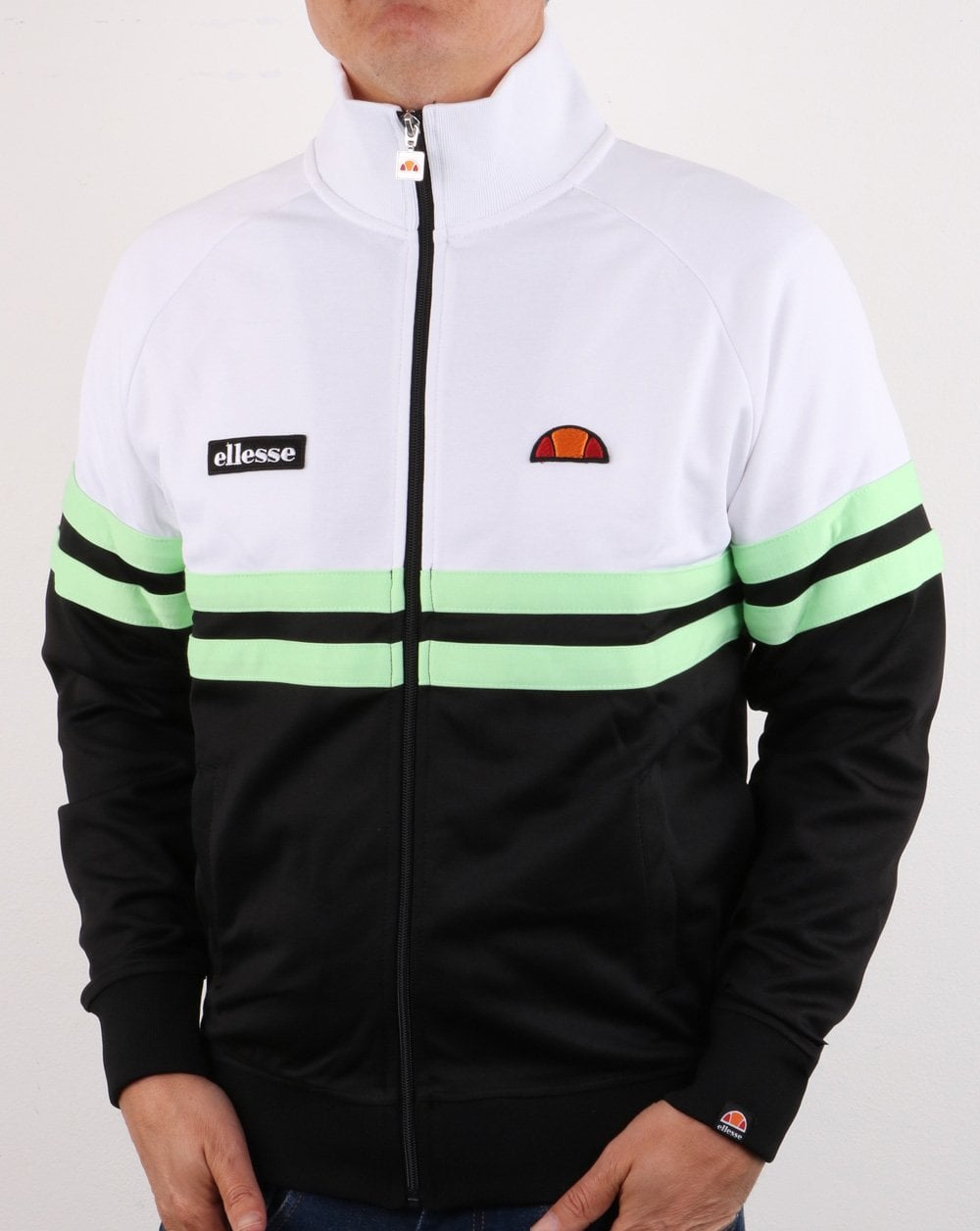 The elitist & colourful appeal of Ellesse quickly put the Italian sportswear brand on the radar of the original Casuals. Nick Love’s The Firm from 2009 highlighted the significance of the brand to the British casual subculture in the 1980s with the Ellesse Rimini even starring in the opening scene. After working on the wardrobe of the film, we were then approached by Ellesse to bring back a range of archive styles which have become some of our top selling pieces over the last 10 years. The 90s was also a massive decade for Ellesse. The colourful sportswear era saw a revival of retro sportswear from the 70s & 80s with sportswear shops going mad for anything with the vibrant half tennis ball logo on it. 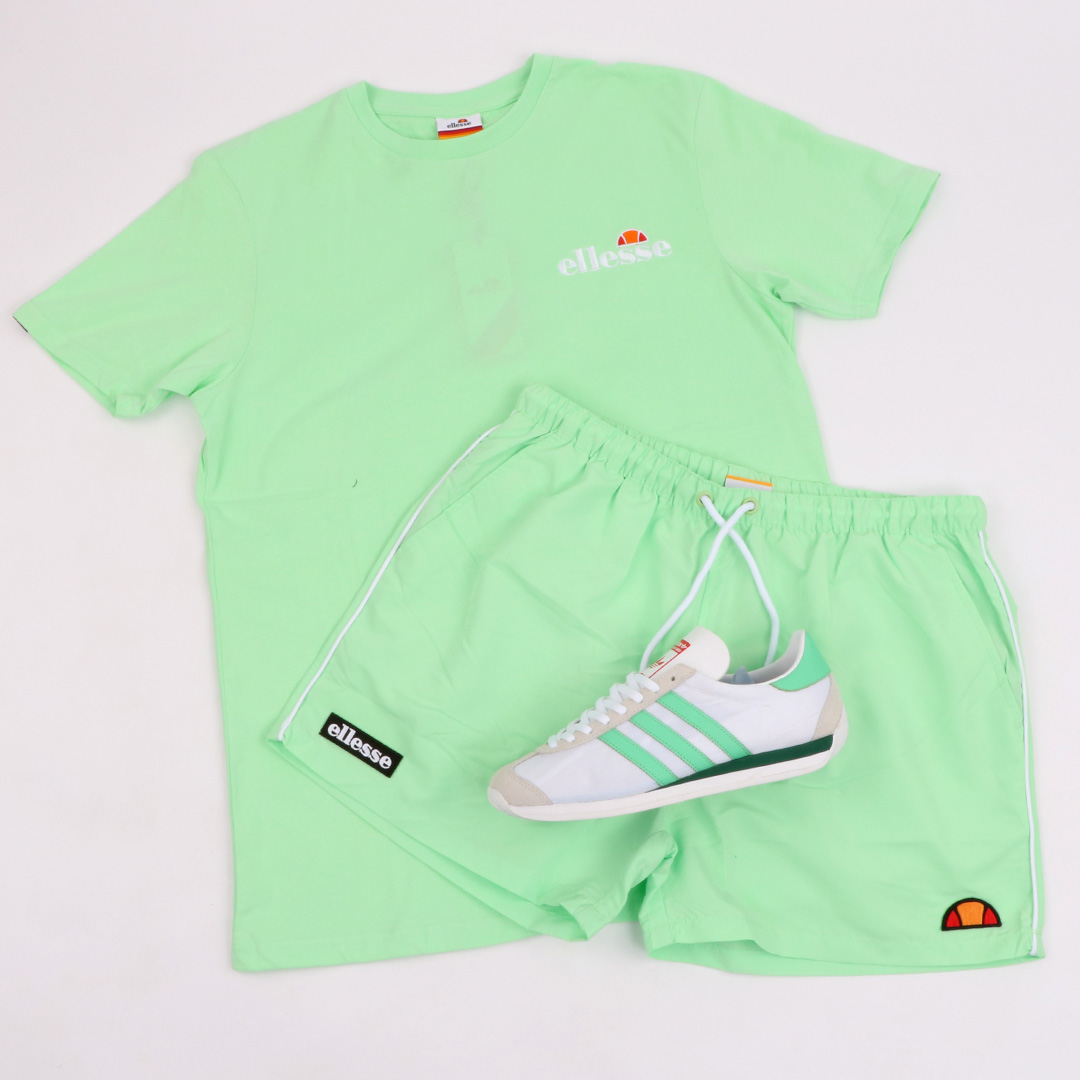 For the very latest season, Ellesse have now introduced a selection of summer staples and classics in a new lime green colourway. The retro track top icon, the Rimini, is updated with a lime green stripe across the chest. A great track style to wear with shorts & tees for that classic 80s sportswear look. Ellesse have also introduced a selection of tees in the latest lime green colourway with the Ellesse Fedora Taping t-shirt & the Vodoo t-shirt. Both styles also team up with a pair of matching swim shorts and feature the brands’ iconic half tennis ball branding. Finally, no Ellesse outfit would be complete without the classic bucket hat. If you’re wanting to go for that ultimate Spike Island vibe then you really can’t go wrong with the Ellesse Jozzia bucket hat which features a 90s inspired colourblocking design with embroidered Ellesse branding & semi-palla to the front. 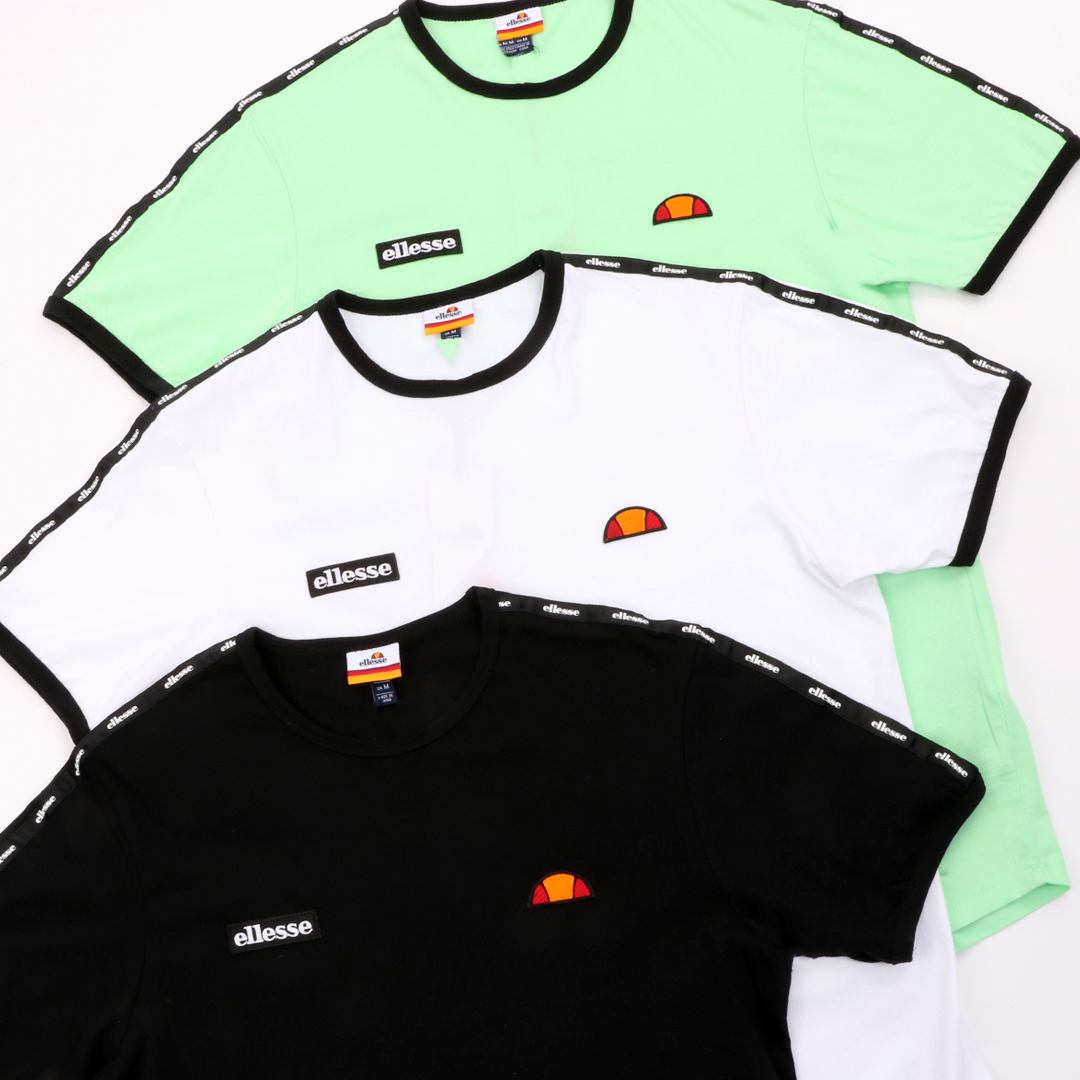 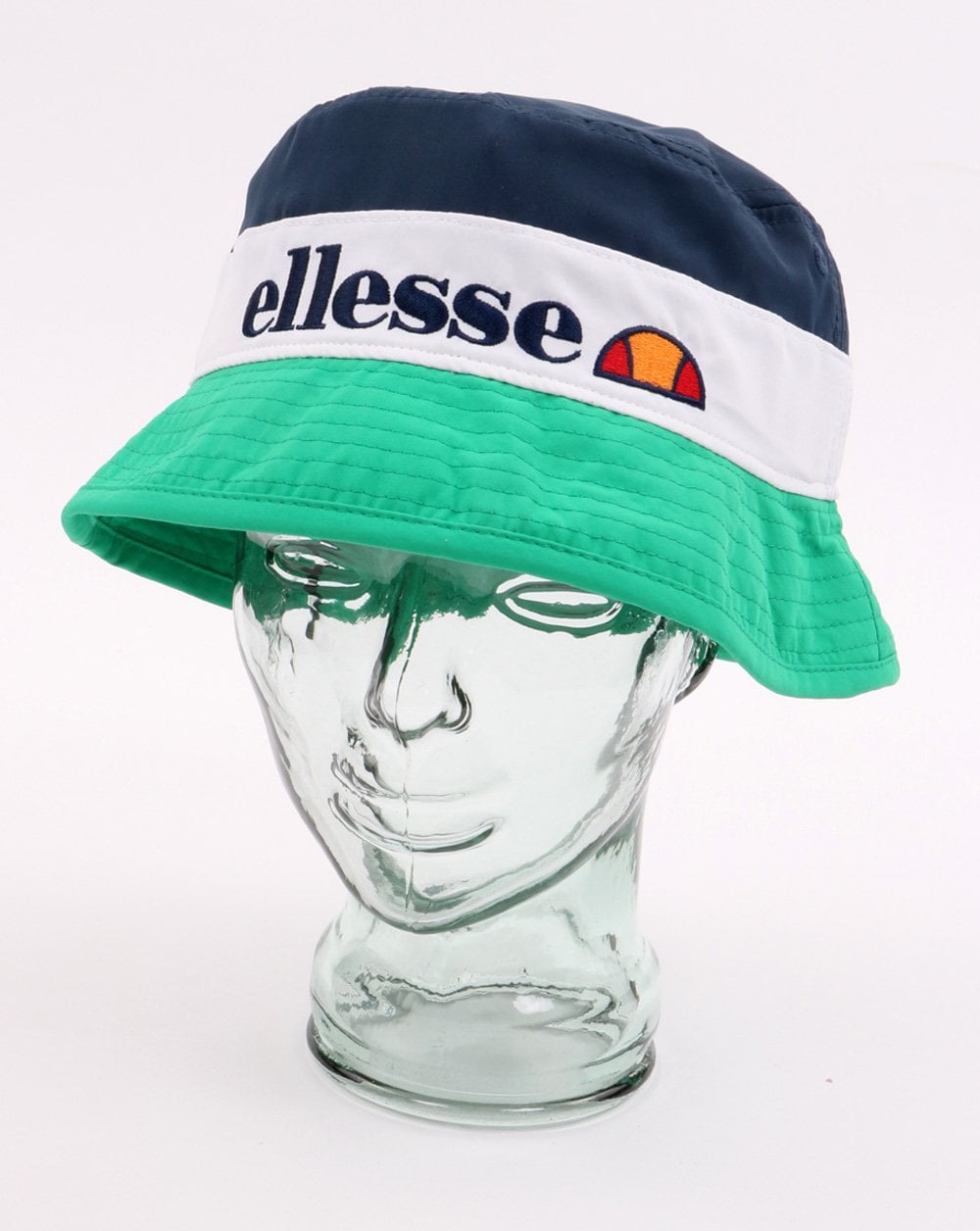