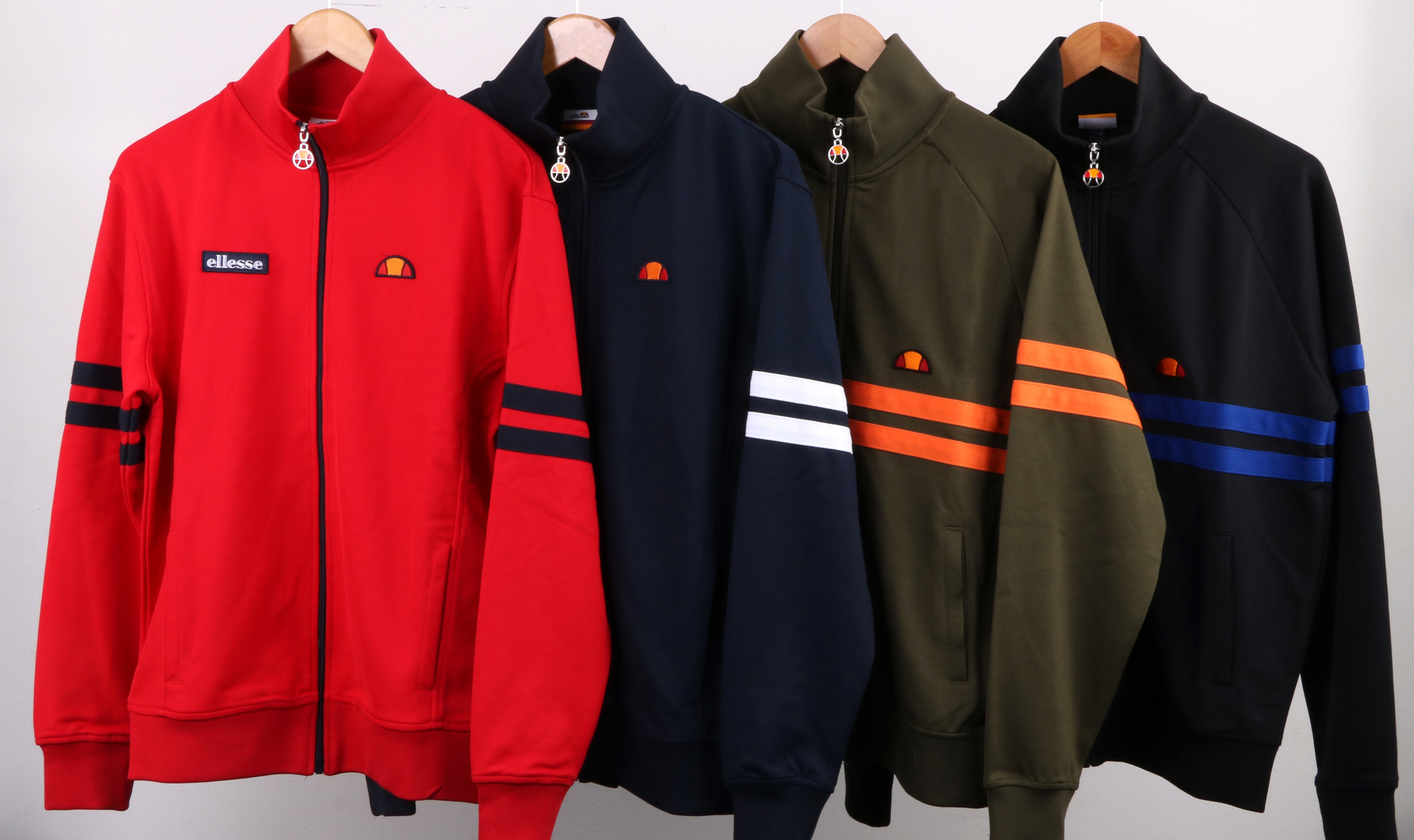 We’ve just taken delivery of some updated versions of the Ellesse Roma and Rimini track tops fresh from the Italian archives.

Following on from the success of Nick Love’s ‘The Firm’ which celebrates its 10th anniversary this year, we were approached by Ellesse to re-introduce the classic Italian sportswear brand. Reviving numerous styles as seen in the ‘The Firm’ as well as original archive pieces from the back catalogues of the 80s and 90s, Ellesse has become a key brand to our business over the last 10 years. Styles like the Ellesse Roma and Rimini track tops have become signature styles from the Italian label with a continuation and variation of styles, colourways and archive silhouettes from season to season. Ellesse as a brand is known all over the world for its colourful designs and sporty style, always brimming with sub-cultural and tennis nostalgia from an era of headbands, casuals and classic sportswear. We’ve now introduced some updated versions of two key Ellesse styles, the Roma and the Rimini, as part of the latest collection from the Leonardo Servadio founded brand. 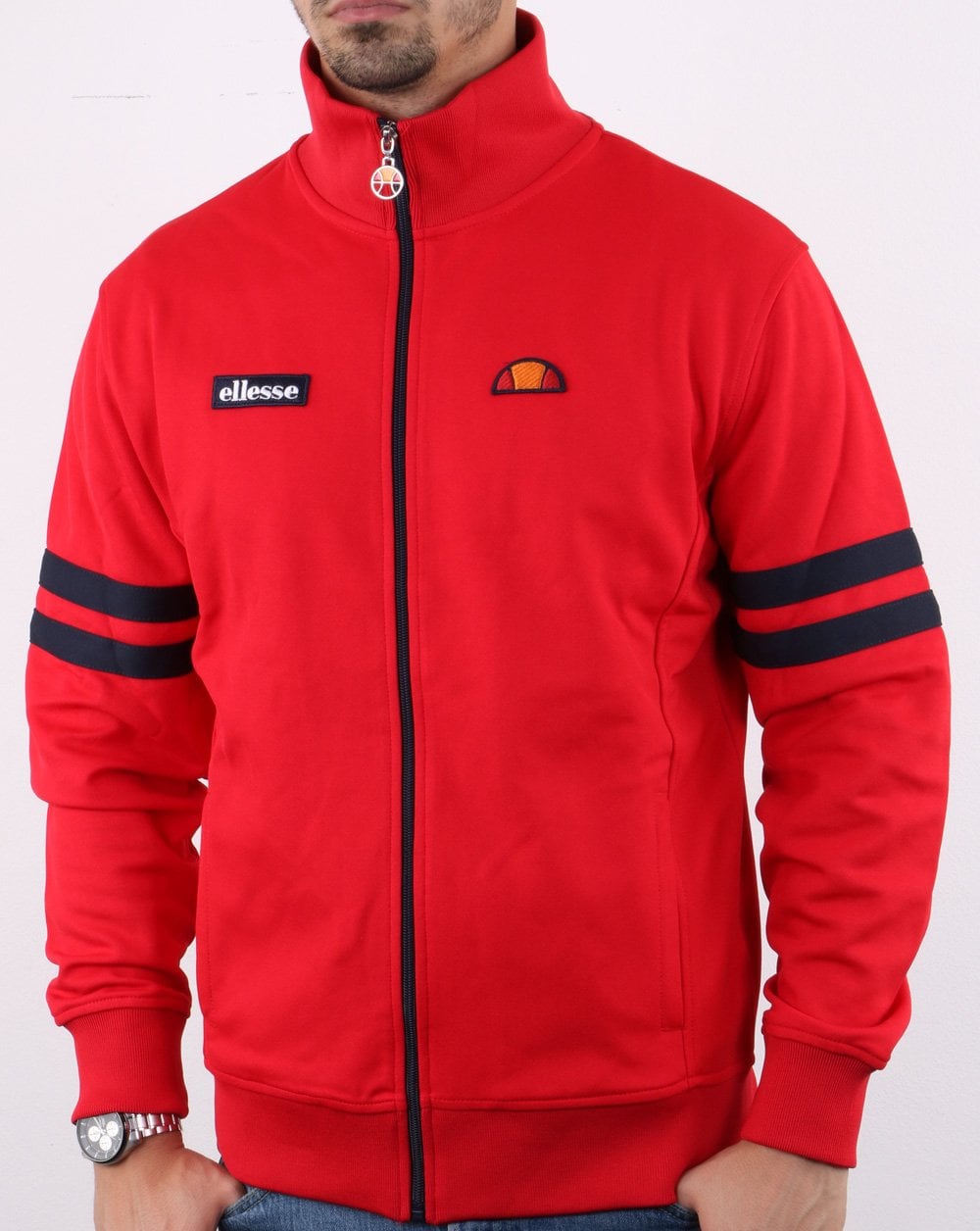 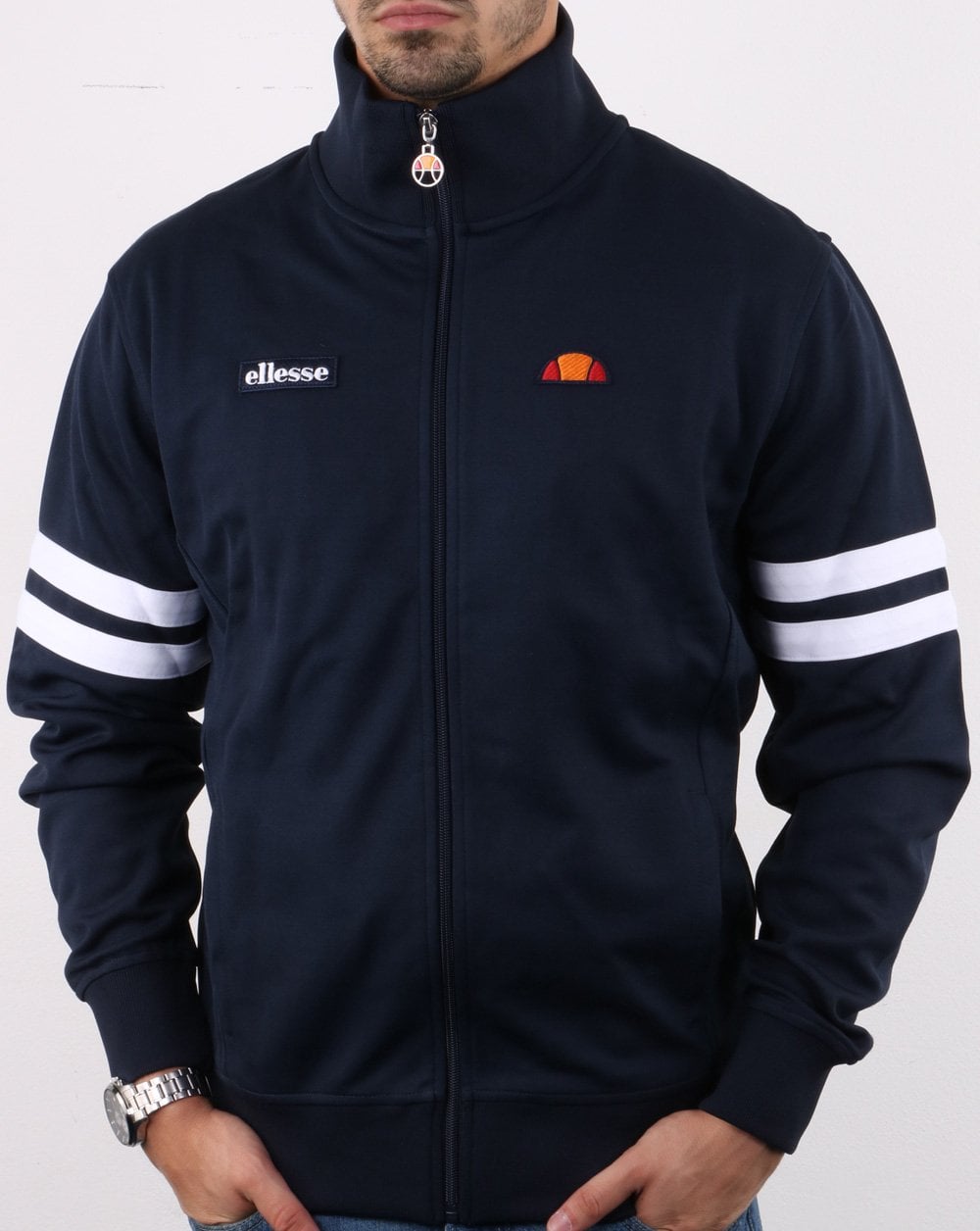 First up is the Ellesse Roma tracktop, a key 80s archive style born in an era of colourful casual clothing and endorsements from tennis legends such as Boris Becker, Guillermo Villas and Chris Evert. The Roma track top is now introduced in some classic red and navy colourways for a refreshing twist on the original 80s tracktop style. Features include contrasting stripes to the sleeves, the Ellesse ‘half ball’ logo to the chest and zip with twin slip pockets to the front. The timeless casual piece will make a great addition to any casual collectors wardrobe and is now introduced in some fresh new colourways. 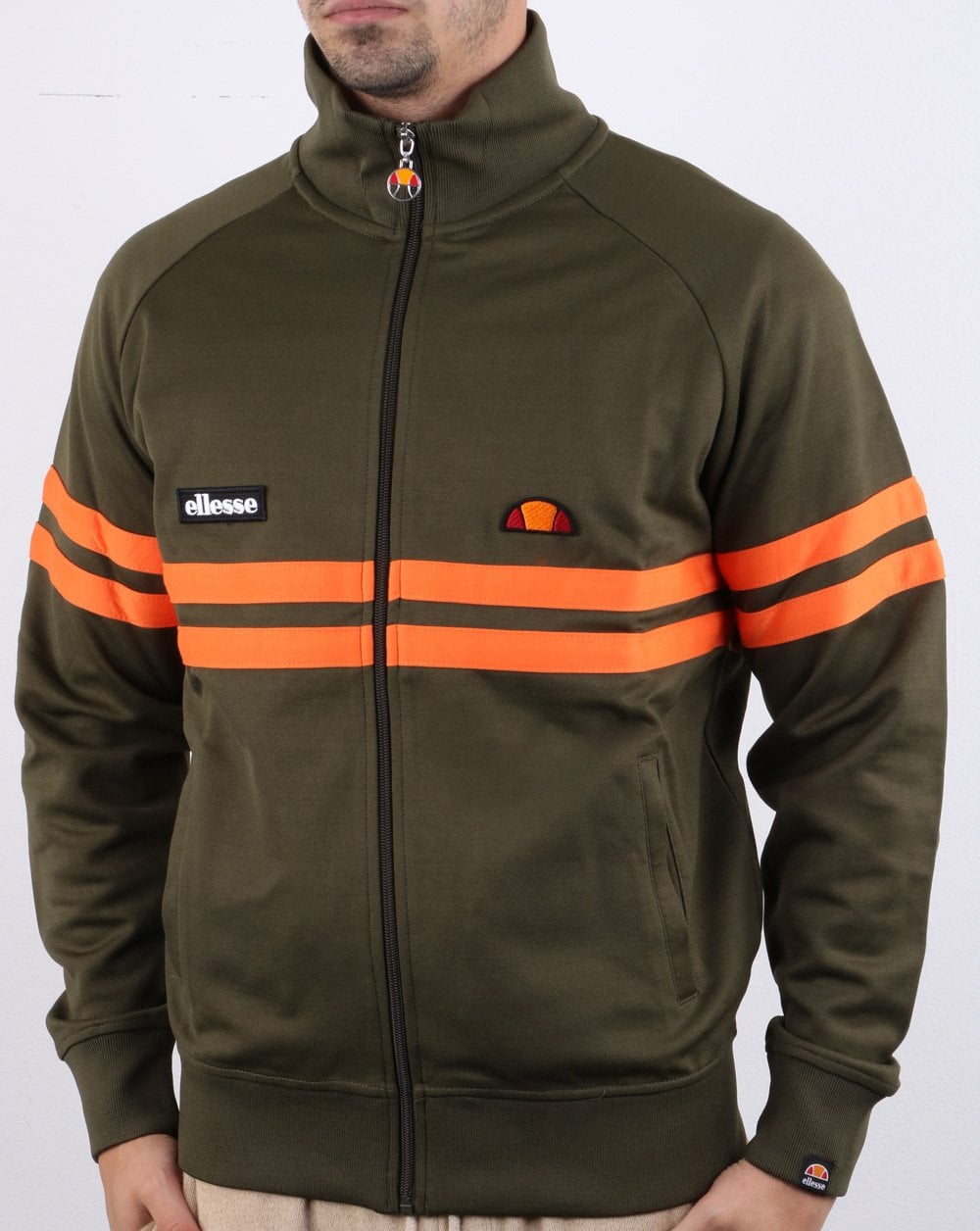 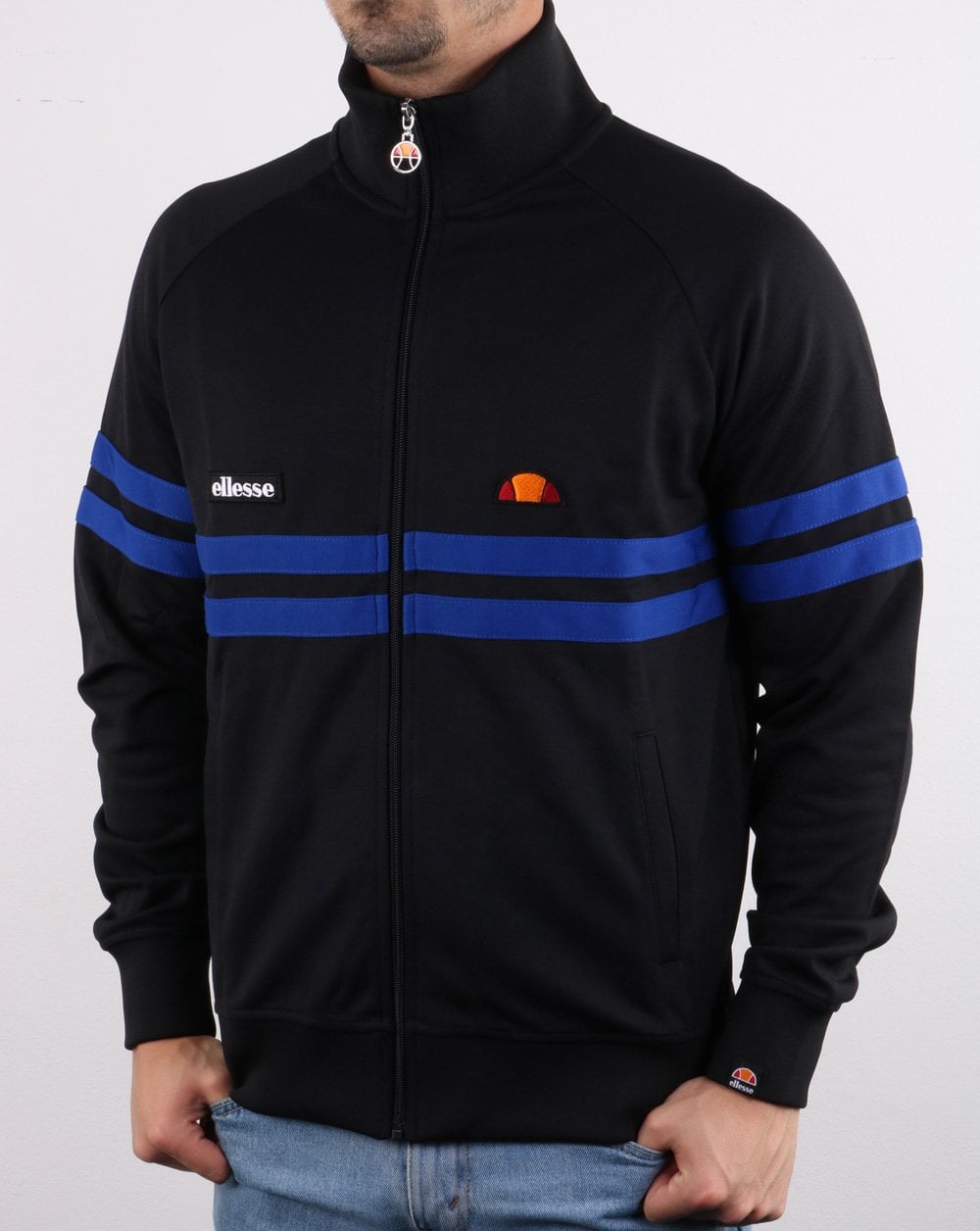 Next up is the Ellesse Rimini track top, a style which famously featured in the opening scene of the The Firm from 2009. The Rimini also comes from the vibrant tennis era from the 80s thanks to colourful advertising campaigns and celebrity endorsements from the tennis elite. First released in 1982, the Rimini track top has become an all time favourite at 80s Casual Classics thanks to its casual heritage and revival which came off the back of Nick Love’s cult classic. Now introduced in some updated colourways the Rimini features the signature horizontal stripes running across the front and the sleeves with the Ellesse ‘half ball’ logo to the chest and left sleeve cuff. Just like the Roma, the Rimini is also a great addition to any casual collectors wardrobe who are serious about their Italian sportswear from the 80s era. The Rimini is now available in some updated colourway options from 80s Casual Classics.