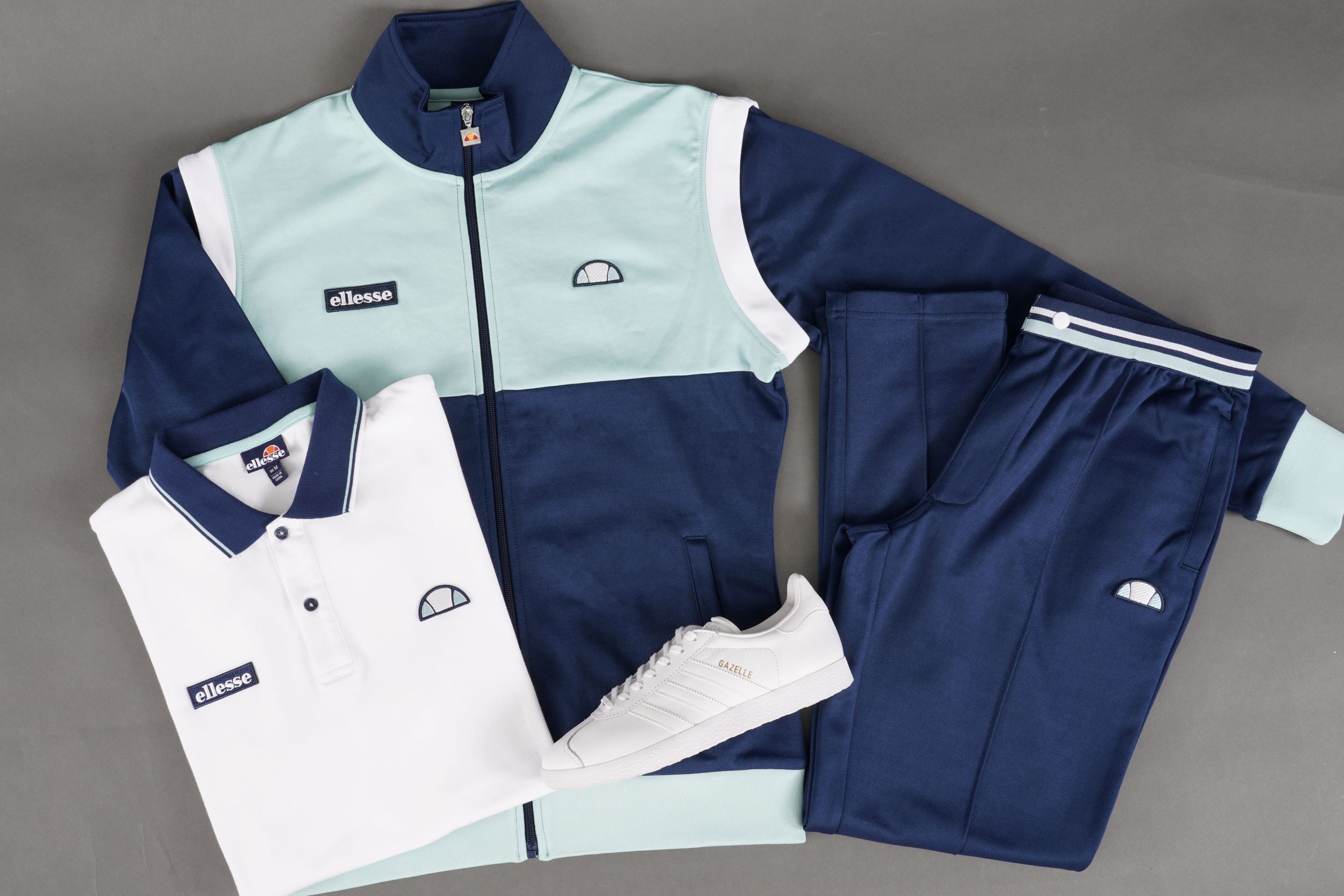 The Ellesse Becker track top revives the original style as worn by the wiry West German wunderkid when he lifted the Wimbledon trophy in 1985.

Boris Becker may have been in the news more recently about “non-tennis” related issues but we’re not here to judge. Nothing will ever take away the fact that he will always be one of the greatest tennis legends to grace the green grass of Wimbledon’s centre court, the first ever unseeded player to win Wimbledon & the youngest ever male to win a major Grand Slam trophy at the mere age of 17 in 1985. Did we also mention he was one of the original pin up boys for Ellesse at their height of the Italian brands’ success following in the footsteps of Guillermo Vilas & Chris Evert. If anyone put Ellesse on the map it was Boris Becker and the track top he wore to the lift the prestigious Wimbledon trophy in is probably just about as iconic as it gets when it comes to classic sportswear from the 1980s. Released at the peak of peacocking and casual fashion, the Ellesse Becker track top now arrives at 80s Casual Classics in all its OG glory.

Before the wiry West German wunderkid caused a standing ovation on the seated terraces of Wimbledon’s legendary centre court, Ellesse had already made their mark on the Casual world of one-upmanship, trainers & track tops. However, when Becker showed the tennis world his speedy sprints and gravity defying dives towards the net, it was almost like Ellesse were there on centre court with him. The playboy appeal of the Italian sportswear had found a new champion, Becker was the new kid on the block & the Ellesse Wimbledon track top quickly became an icon of mid 1980s casual panache courtesy of the 17 year old West German. 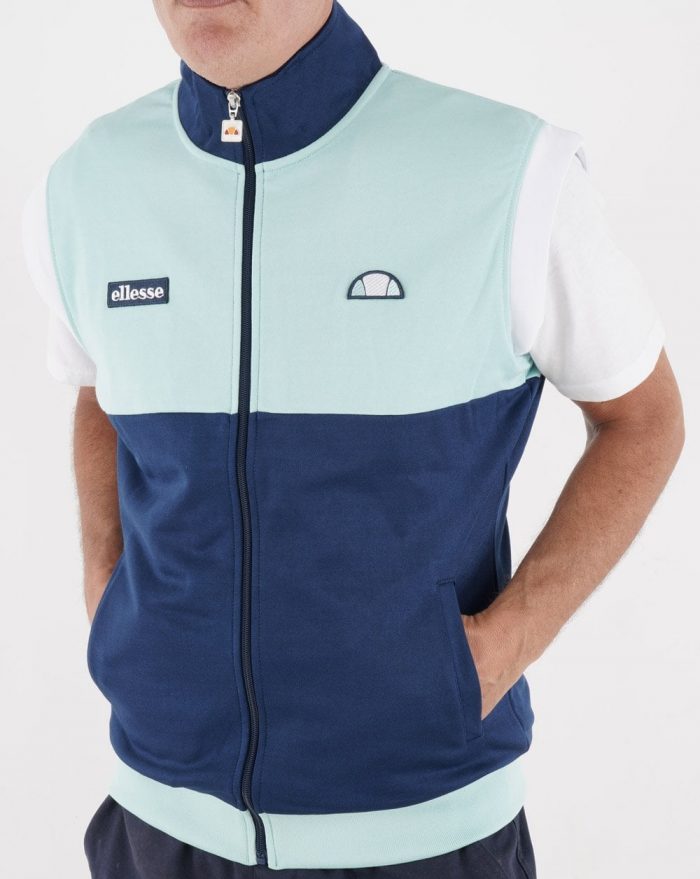 First released in 1985, the Ellesse Wimbledon track top was an original ‘Made in Italy’ track style from the Italian sportswear brand. Released at the pinnacle of Ellesse’s flamboyant designs, the Wimbledon track top is certainly up there as one of their greatest. Featuring removable sleeves just like the New Young did from Sergio Tacchini, the OG track top optimised everything Ellesse did so effortlessly well during the 1980s. To this day the original styles worn by the Leimen born tennis legend still remain some of the most sought after Ellesse styles of all time. 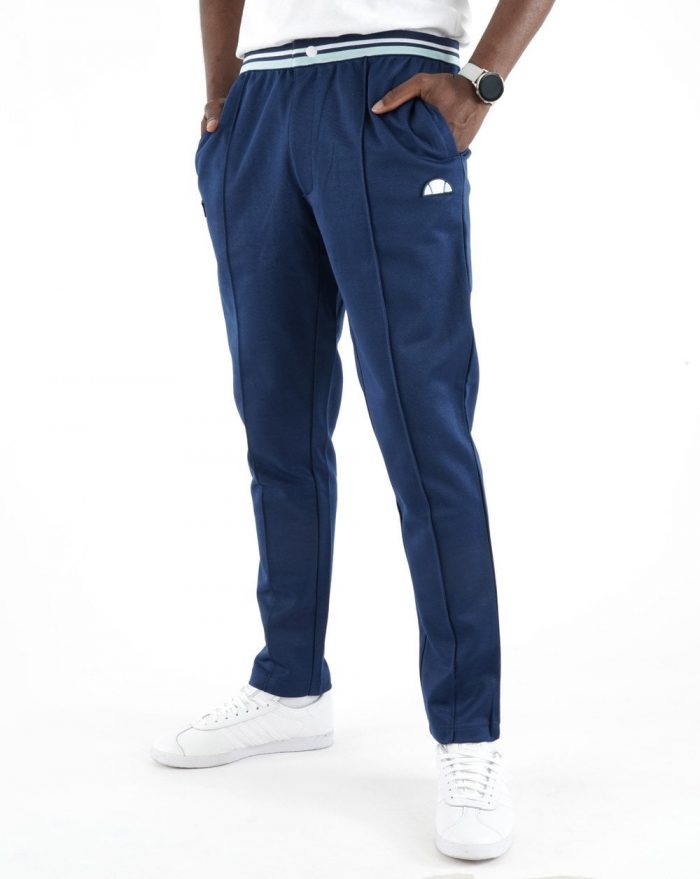 The celebrated mid 80s style now arrives at its spiritual home in an updated colourway. Giving a nod to the original release from 1985, the Ellesse Becker track top features dual logo patches with removable sleeves & slip side pockets. Introduced in an exclusive light blue/dark blue colourway this latest rendition is a must have for fans of the original style from 1985. If the track top wasn’t enough we’ve also got matching track pants just in case you wanted to step up your Wimbledon get up to the next level. Shop the latest Ellesse releases now at 80s Casual Classics via the links.