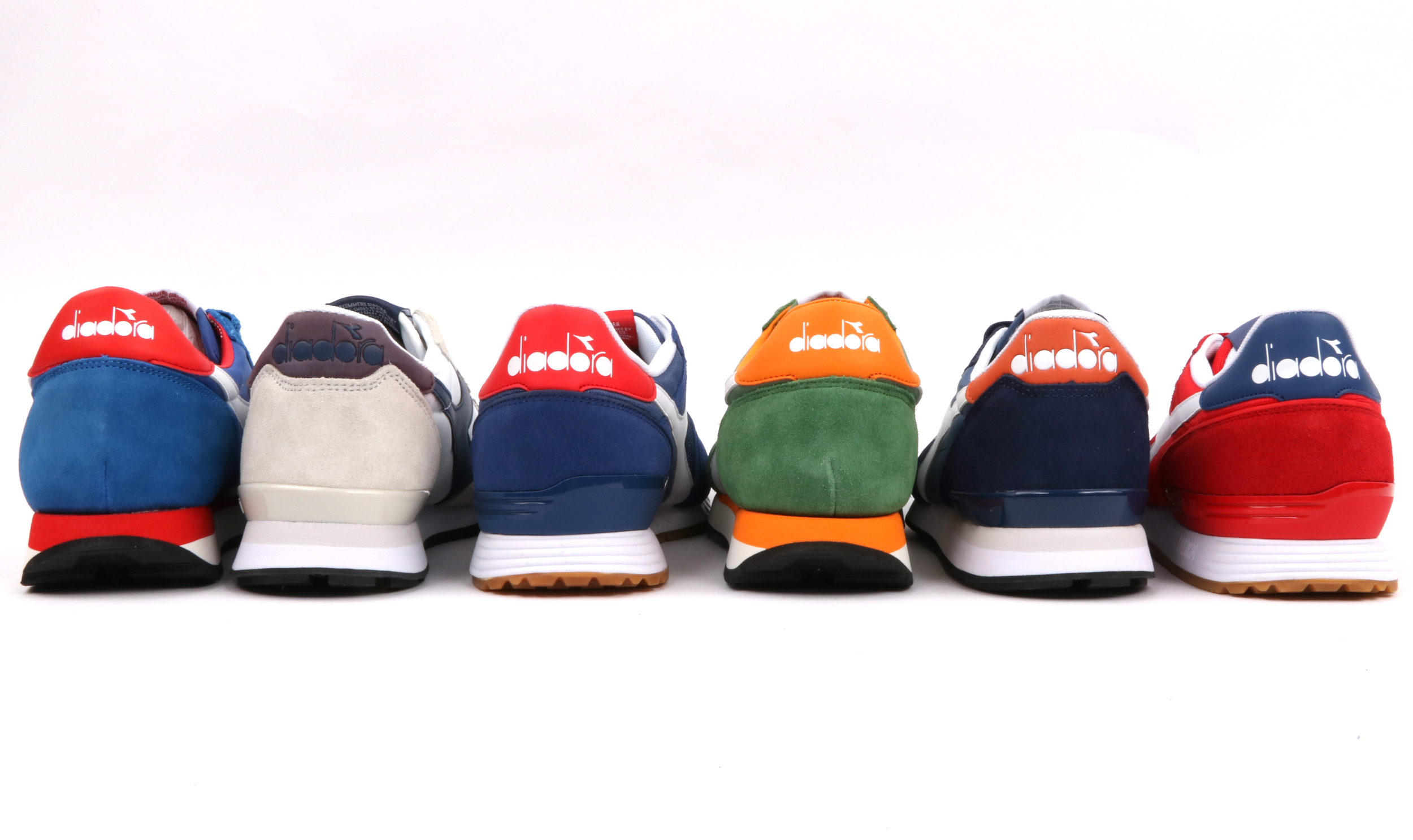 The Diadora Titan II trainer harks back to a golden era of retro runners from the 80s for a modern update.

Diadora has become a key brand at 80s Casual Classics over the years thanks to centre court classics like the Borg Elite. Diadora’s running heritage however is just as important as its highly celebrated casual tennis styles. As well as giving us some of the best tennis shoes ever, Diadora have also given the highly celebrated Azurri line which saw pro deals with the Serie A legend Roberto Baggio, aka The Divine Ponytail, in the early 90s. Diadora also ventured further into the world of running shoes throughout the 80s which closely followed with the legendary N series going into the early 90s. The latest release from the Italian brand sees the Diadora Titan II trainer which gives a nod to their illustrious running archives from the 80s & 90s. 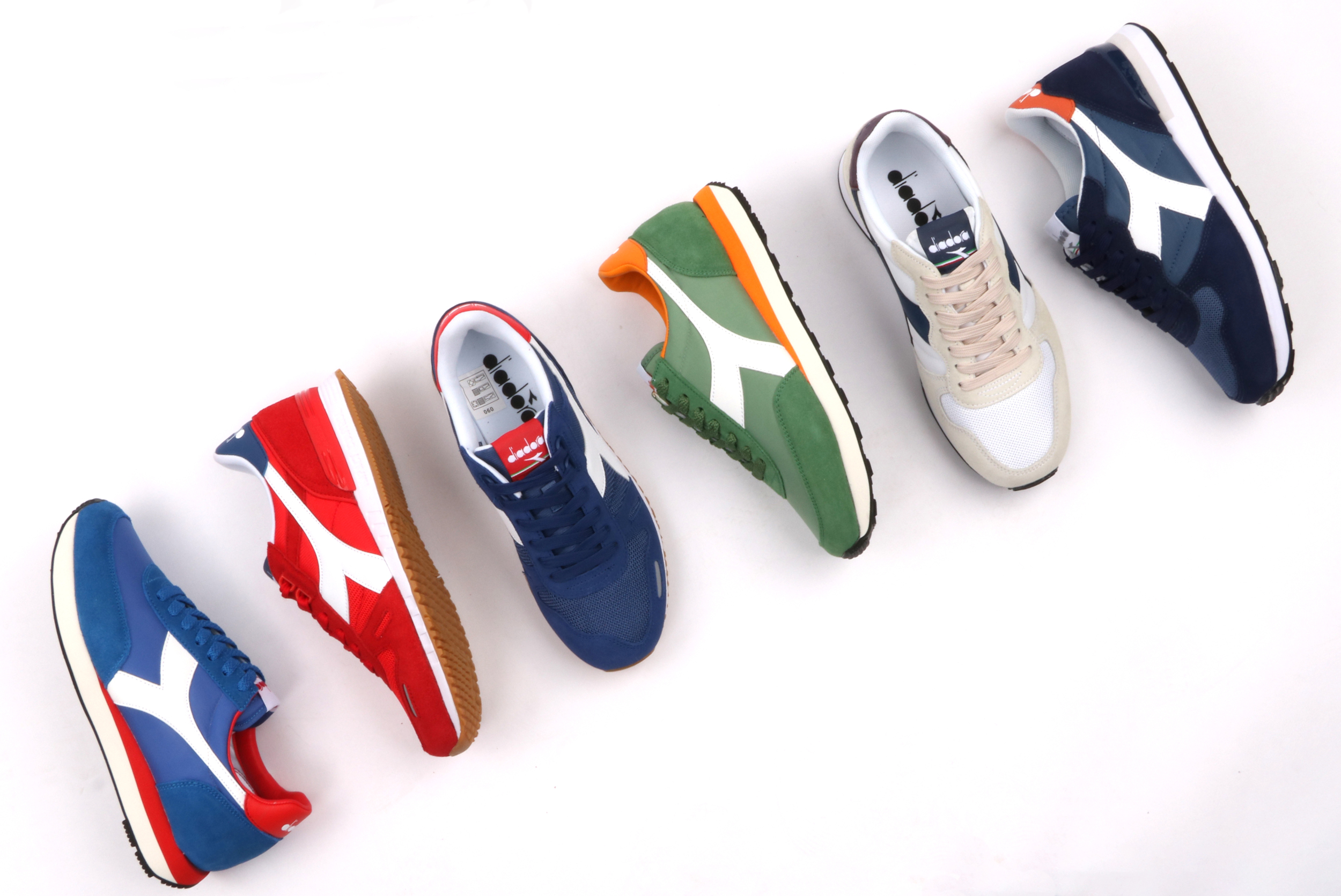 For the latest season we have now taken delivery of a selection of fresh retro runners from the Italian sportswear brand. First up from our latest drop from Diadora is the Titan II trainer which draws inspiration from classic running trainer styles from the 1980s. Capturing a golden era of joggers and world class marathon runners, the Titan II features a mixture of premium suede & mesh to the uppers. The addition of the ‘Impact Control’ midsole ensures the ultimate in sole shock absorbency and all day comfort. Other highlights include Diadora branding to the sidewall, heel tab and tongue. The Titan is now available in a duo of archive inspired colourways including navy and red. 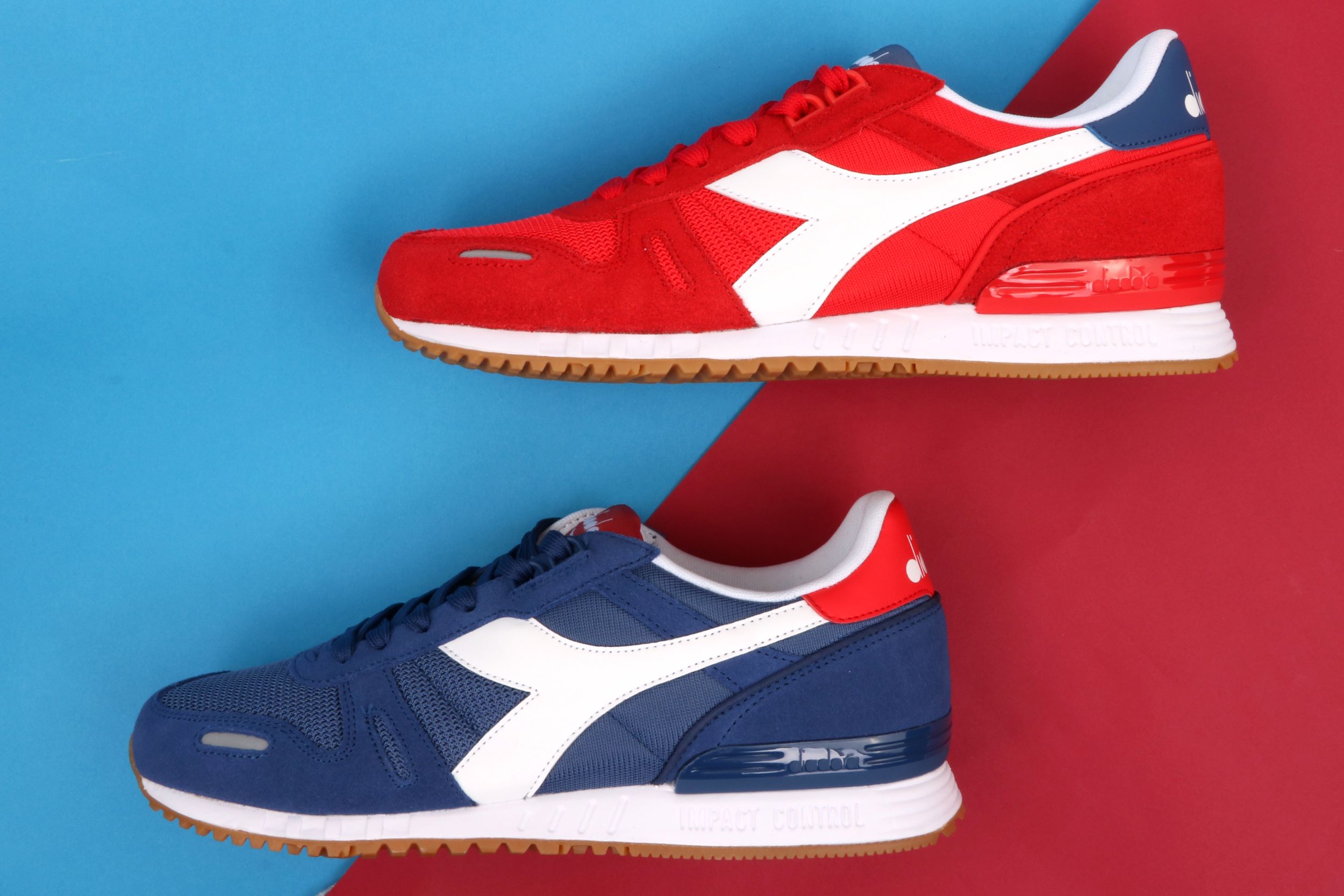 Next up we’ve got the Koala trainer which also draws inspiration from 80s running trainer archives. The lightweight runner features a mixture of nylon and mesh uppers with an all terrain inspired outsole straight from the archives. The Koala is also introduced in a selection of fresh colourways such as green/orange and blue/white. 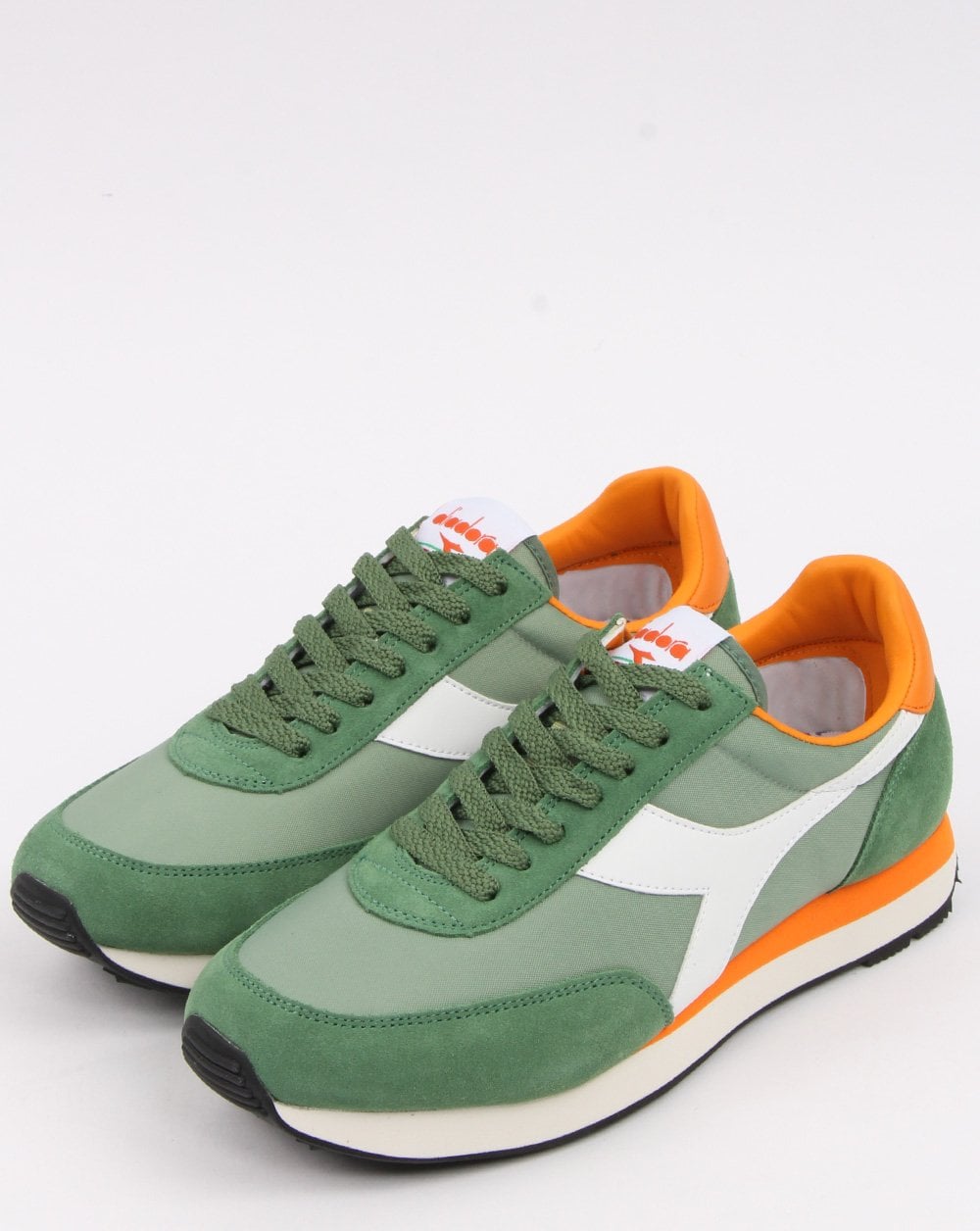 Above: The Diadora Koala trainer in green/orange now available from 80s Casual Classics.

Finally we’ve also got the Camaro trainer, an OG running style fresh from the Diadora archives. The Camaro gives a nod to an original archive silhouette from 1985, now revived with a mixture of nylon and suede to the uppers. The 80s runner also features an EVA midsole for all day comfort and support. The Camaro is finished off with the iconic Italian branding to the sidewalls, heel tab and tongue. Available colourways of the Camaro include a fresh white/blue version as well as navy/white. 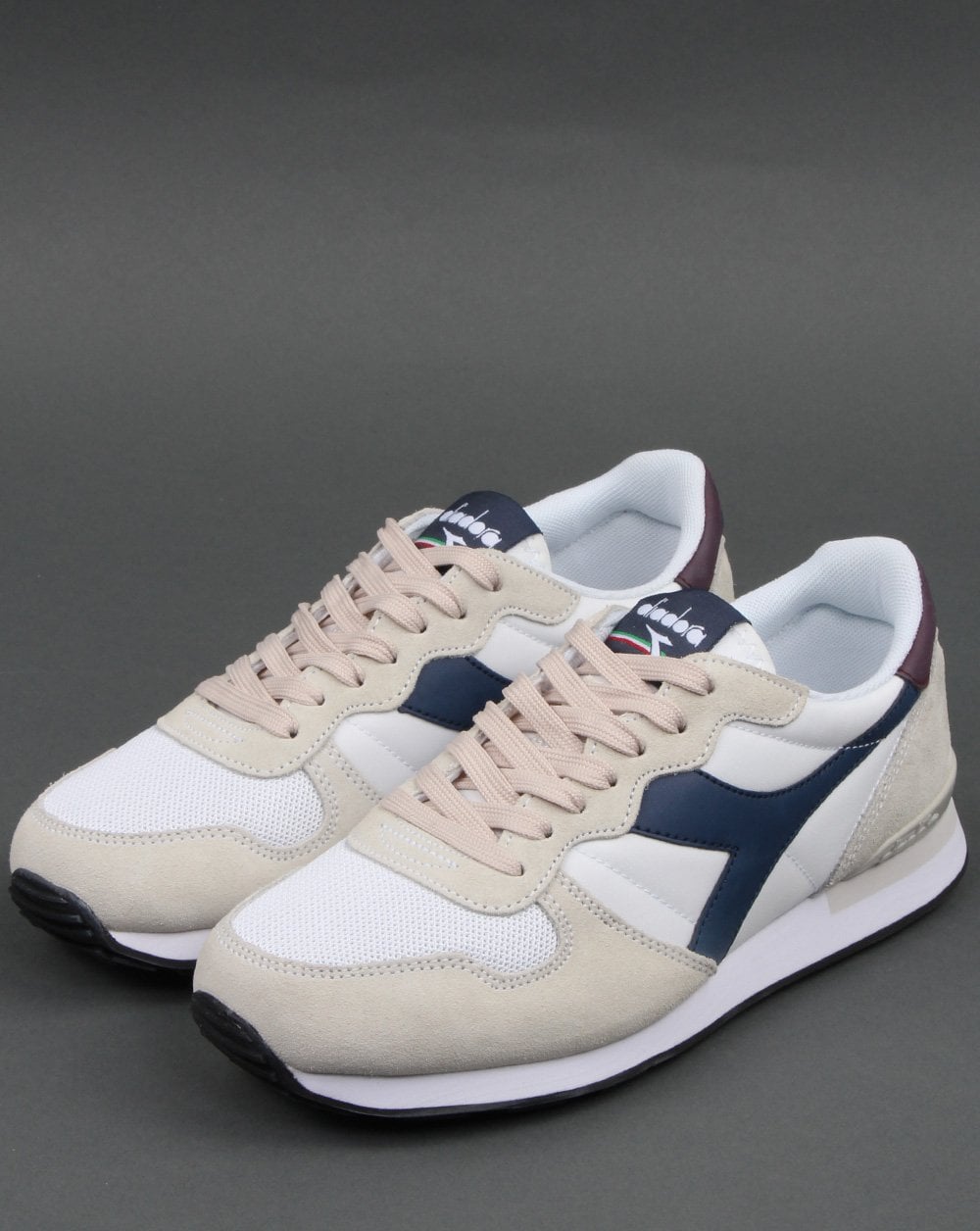 Above: The Diadora Camaro trainer in white/blue now available from 80s Casual Classics.

Our selection of Diadora runners are great for a range of different activities from the daily commute to match days to just general everyday-wear. A great addition to any retro trainer fan’s wardrobe. Why not team them up with a pair of jeans and a tracktop for that signature 80s  look?