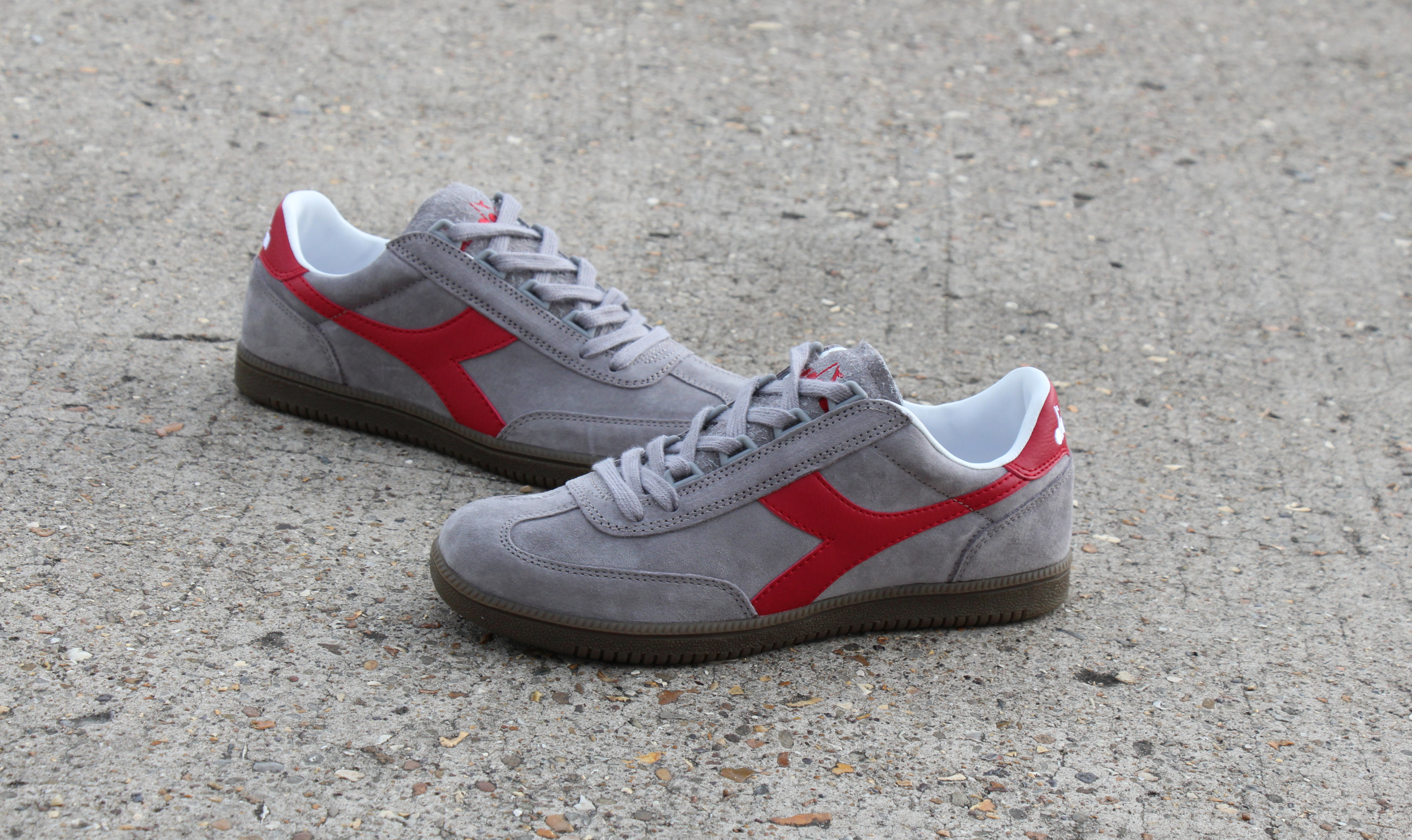 The Diadora Aberdeen trainer celebrates the famous Scottish City with a revival of the late 70s court silhouette.

The late 70s and early 80s introduced a new era of casuals, commodities & cash for the Scottish City of Aberdeen. Aberdeen was experiencing an economical boom thanks to the growing oil trade in the North Sea bringing with it prosperity, opportunities and even a new football manager. Alex Ferguson took the managerial reigns of Aberdeen F.C. in 1978, before joining Manchester United in 1986 with even greater success. Fergie brought European glory and numerous domestic titles to the Scottish club making them one of the most successful Scottish football teams of all time. With more coin than they knew what to spend it on, cash rich oil rig workers who supported Aberdeen would follow them around Europe bringing back expensive designer sportswear on their return. It’s no surprise really that Diadora, a big casual sportswear brand at the time, decided to name a shoe after the ‘oil capital of Europe’, with the Diadora Aberdeen trainer from 1979.

Last year Diadora celebrated its 70th anniversary and a staggering 70 years since Marcello Daniele introduced his first hiking boots back in 1948. The 1970s and 1980s saw Diadora take on the tennis world with endorsements from tennis legends such as Guillermo Vilas, Martom Mulligan and Björn Borg. It was this tennis connection that really put Diadora on the sportswear map like never before. In celebration of their 70th anniversary, Diadora revived an original court style with the Aberdeen trainer from their sportswear archives. The classic court trainer is now treated to a global release for 2019 and arrives at 80s Casual Classics for the latest season. Highlights include premium suede uppers in grey ash giving a nod to Aberdeen’s ‘Granite City’ nickname with contrasting Diadora vector branding and heel tab in red. The archive style also features a gum sole unit and the famous ghillie lacing system as also seen on the Borg Elite from the same era.

Above: The Diadora Camaro trainer in blue/red now available from 80s Casual Classics.

Other new Diadora styles to arrive for the latest season include the introduction of the Camaro Vintage in some updated colourways. Another classic silhouette from the Diadora archives, the Camaro was born in the 1980s, setting the bar for other legendary running styles such as the N. Series. The Camaro runner features a mixture of suede and mesh uppers reviving the original archive model from 1985. Other highlights include an E.V.A. shock absorbent midsole for all day comfort and support. The classic runner is available in an assortment of colourways including blue/red, green/orange and black/off white. Be sure to keep posted at 80s Casual Classics for more arrivals of classic court and retro runner styles from Diadora!

Above: The Diadora Camaro trainer in green/orange now available from 80s Casual Classics.