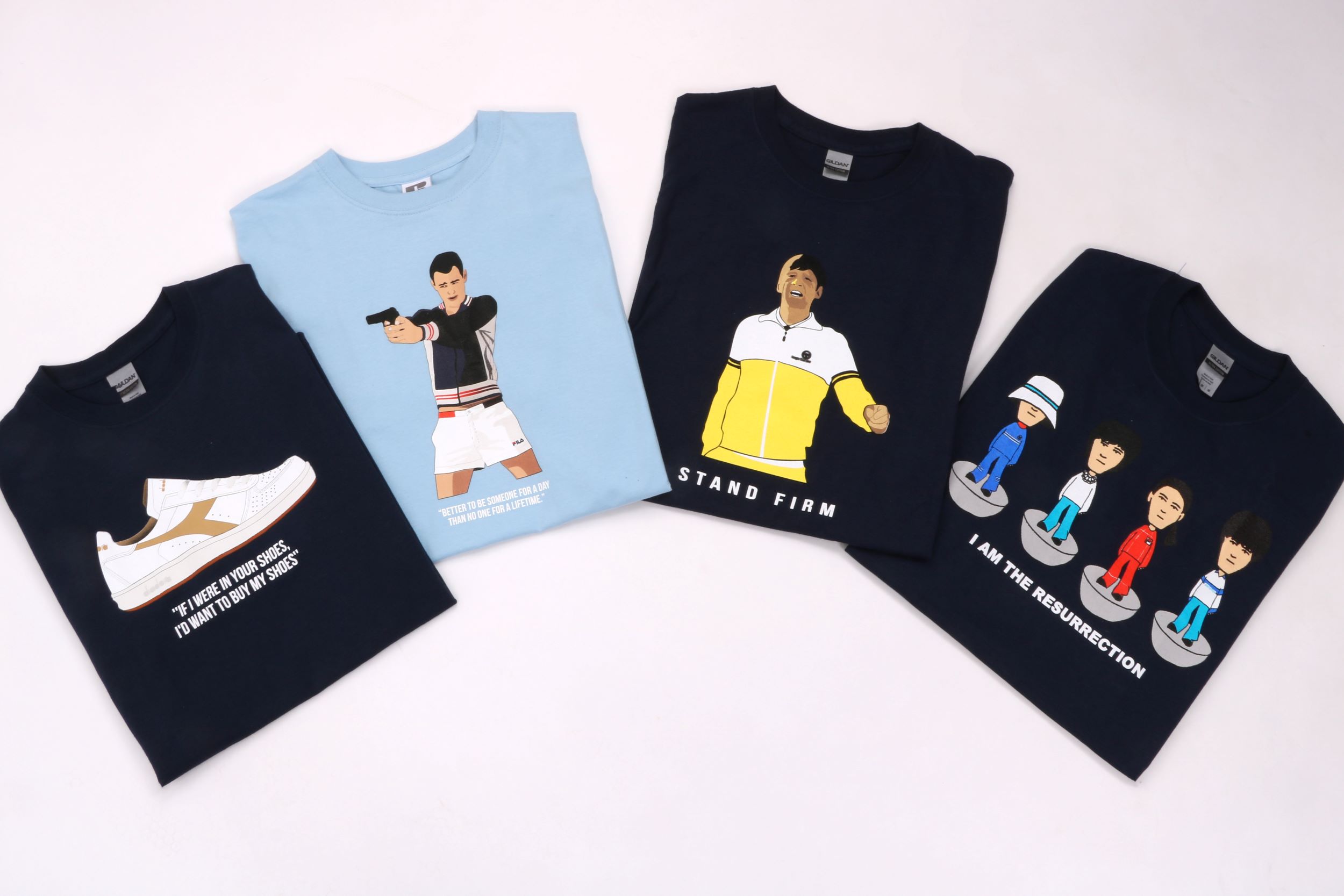 Our latest collection of graphic tees includes the iconic shooting scene from the Business with the Danny Dyer t-shirt, Diadora Borg tag lines & Bex from The Firm.

As well as stocking some of the greatest Italian sportswear, exclusive retro track tops & classic adidas trainers, we also offer a range of pretty cool graphic t-shirts. Our exclusive designs are rich in casual heritage, cult classic films, retro sportswear & music from the last 40 years. Our tees are great for wearing under a lightweight jacket for the slightly warmer months or just on their own with a pair of shorts in your local beer garden. You’ll love our latest designs such as the Danny Dyer t-shirt which features the iconic shooting scene from The Business from 2005. 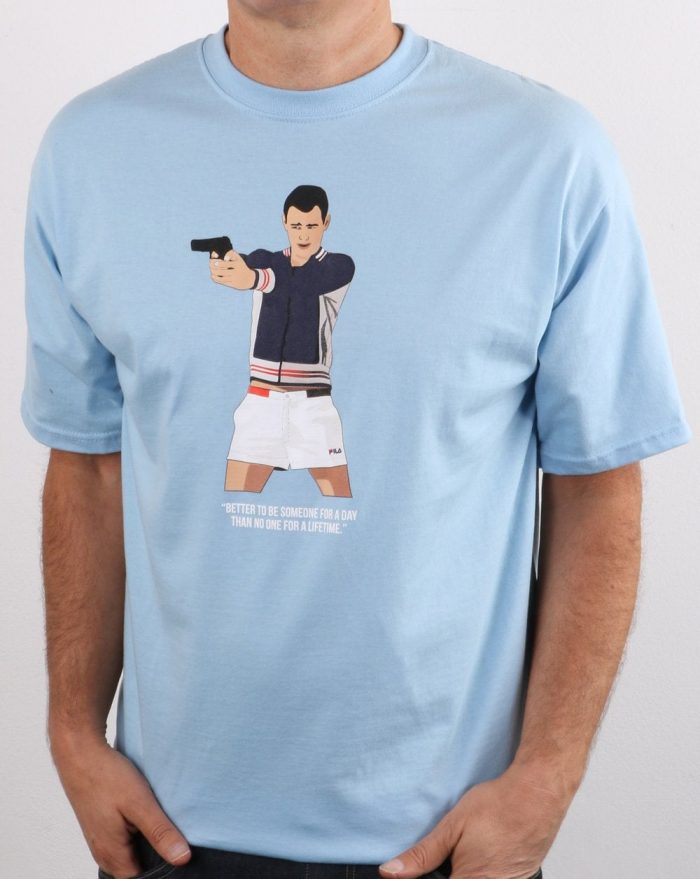 ‘The Business’ t-shirt features Danny Dyer wearing the iconic Fila Settanta track top and Fila tennis shorts as seen in the legendary shooting scene from Nick Love’s ‘The Business’ from 2005. Also included are the famous words from the film “Better to be someone for a day, than no-one for a life time.” Made from 100% cotton in a striking sky blue colourway, the tee is a must have for fans of the cult classic film & the Danny Dyer heydays of the noughties. 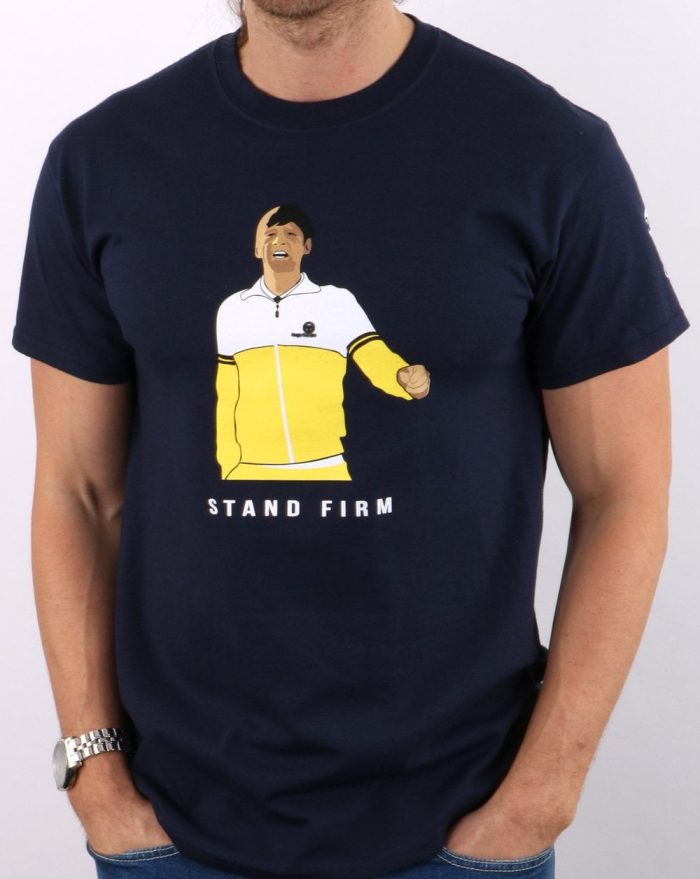 Above: The Stand Firm t-shirt in navy now available from 80s Casual Classics.

Next up we’ve got the ‘Stand Firm’ t-shirt which features the iconic shot of Bex from The Firm from 2009. In this particular scene Bex, played by Paul Anderson, is wearing the Sergio Tacchini Orion track suit, a legendary Italian sportswear style which we had the honour of reviving from the Tacchini archives after the release of the film in 2009. 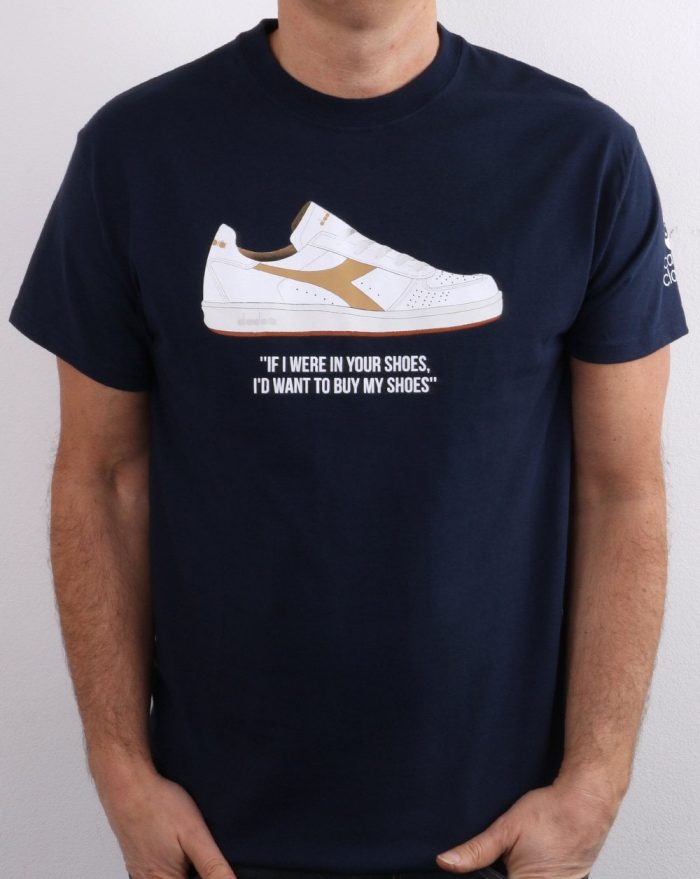 Above: The If I Were In Your Shoes t-shirt in navy now available from 80s Casual Classics.

The ‘If I Were In Your Shoes’ t-shirt features the holy grail of casual trainers, the Diadora Borg Elite. Originally released in 1981 with Björn Borg himself endorsing the shoe with the famous tagline “If I Were In Your Shoes, I’d Want To Buy My Shoes. Featuring state of the art trainer technology, the Borg Elite is highly regarded not only as a great tennis shoe but one of the most adored silhouettes of the 80s casual era. The casual trainer is now brought back to life in t-shirt form courtesy of 80s Casual Classics. Shop our latest collection of graphic tees now via the links above.