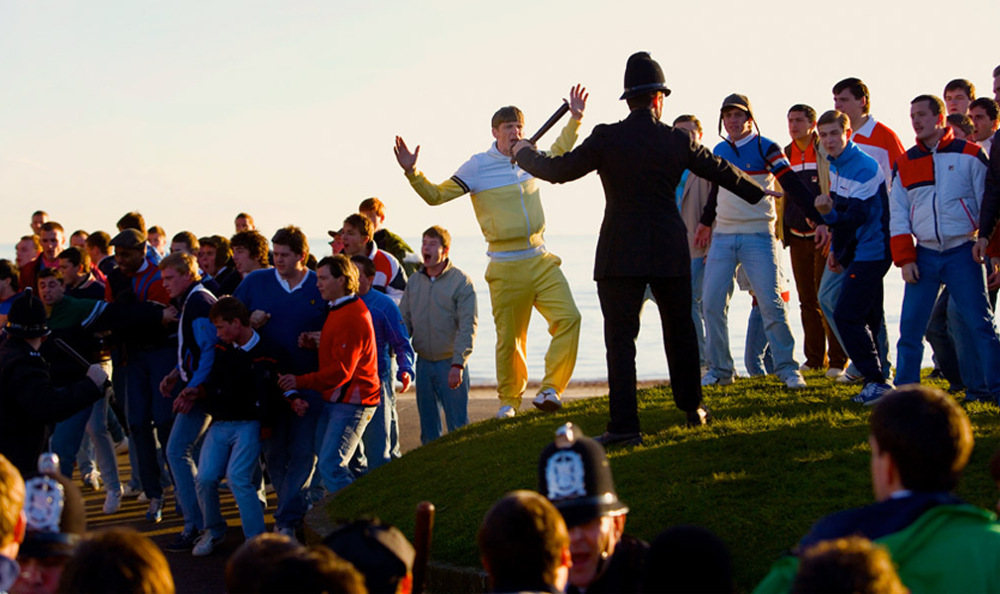 From Leo Gregory’s notorious ‘Bovver’ character in Green Street to Paul Anderson’s ‘Bex’ in The Firm you’ll love our selection of casual t-shirts.

We’ve now introduced a selection of casual t-shirts celebrating everything from the revival of 80s casual sportswear, the Madchester era as well as iconic football subculture & 80s movies such as Green Street, The Firm and of course The Business. Each style comes with its own exclusive graphics from celebrated casual brands like Weekend Offender as well as our own in house 80s CC label. Our casual t-shirts will look great under outerwear for match days, meet and greets, and any social outings.

Our Stone Roses Table Football t-shirt celebrates the Madchester era and features the Stone Roses wearing original 80s casual sportswear. Symbolising the re-birth of the modern day 80s casual with the words ‘I Am The Resurrection’ referencing the legendary final track from the Manchester bands self titled debut album which was released in 1989. The single, which was actually released 3 years later in 1992 is still considered one of the greatest tracks from the band to date, with NME placing it at number 8 in its ’50 Greatest Indie Anthems Of All Time’.

Since its release in 2005, Green Street has become a cult classic film and stars Elijah Wood who plays Matt Buckner as he tries to infiltrate a notorious East London football gang. Based around West Ham’s football firm, the Green Street Elite includes the top boys Pete (Charlie Hunham) and Bovver (Leo Gregory) as they take on rival firms from Birmingham’s Zulu Warriors to Manchester’s famous Red Army. Buckner becomes more heavily involved in the gang until they realise he has been keeping journals of the meets and his brother-in-law, the Major, steps back into the Green Street pub for one last time only to be betrayed by Bovver and attacked by Millwall’s notorious Tommy Hatcher (Geoff Bell).

Above: “Forever blowing bubbles”, Bovver (Leo Gregory) getting the troops fired up in one of the Green Street pub scenes.

Last but by no means least we also a have a very special collaboration t-shirt, mixing characters from The Business and The Firm. The Business (2005) follows more of a classic gangster story, based loosely around real life British gangsters such as Freddie Foreman as they slipped away from the UK authorities in the early 80s to the sun drenched beaches of the Costa Blanca with their riches from bank robberies and such. The Business saw the first on screen ‘bromance’ between Danny Dyer and Tamer Hassan as well as the revival of the 80s casual look. The Firm (2009) on the other hand tells more of a coming of age story following a wannabe casual as he delves further into the casual underworld featuring the likes of Bex (Paul Anderson) and Dom (Callum McNab). We were also heavily involved in the film, supplying the wardrobe as well as reviving key sportswear styles of the 80s era. 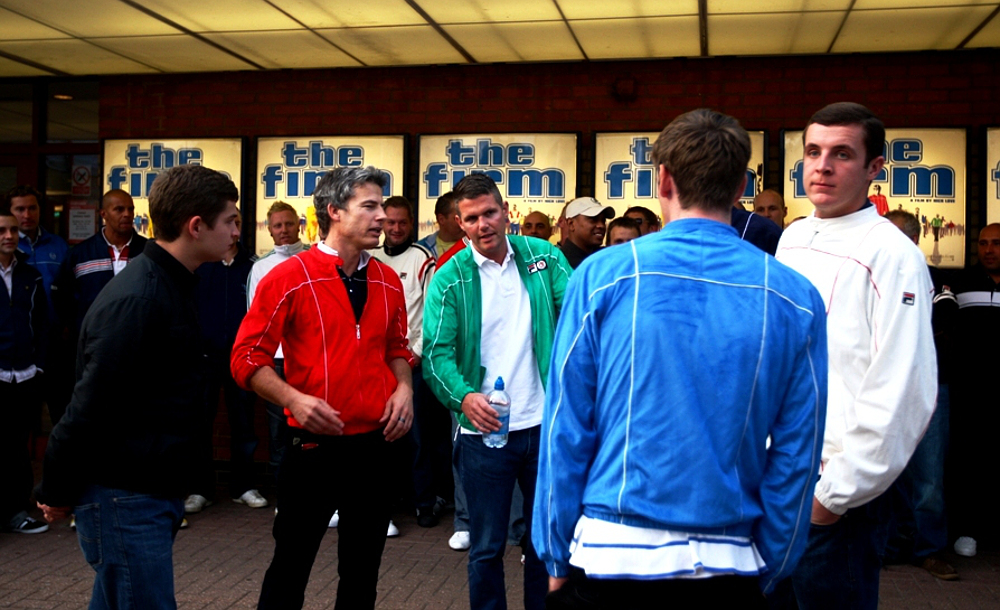 Above: Neil Primett (80s Casual Classics) with Nick Love at the screening for The Firm. 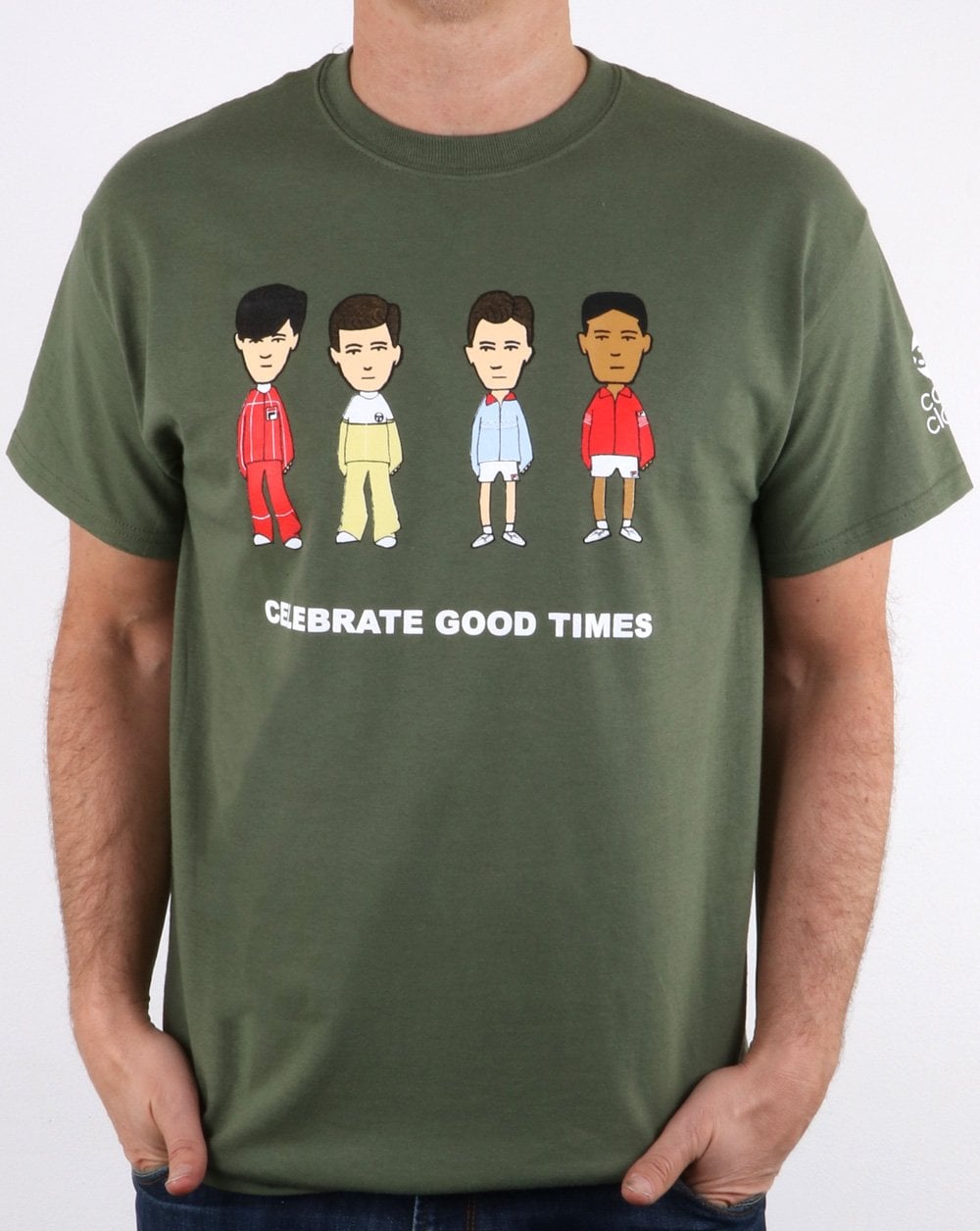 Above: The Business Vs The Firm t-shirt now available from 80s Casual Classics.