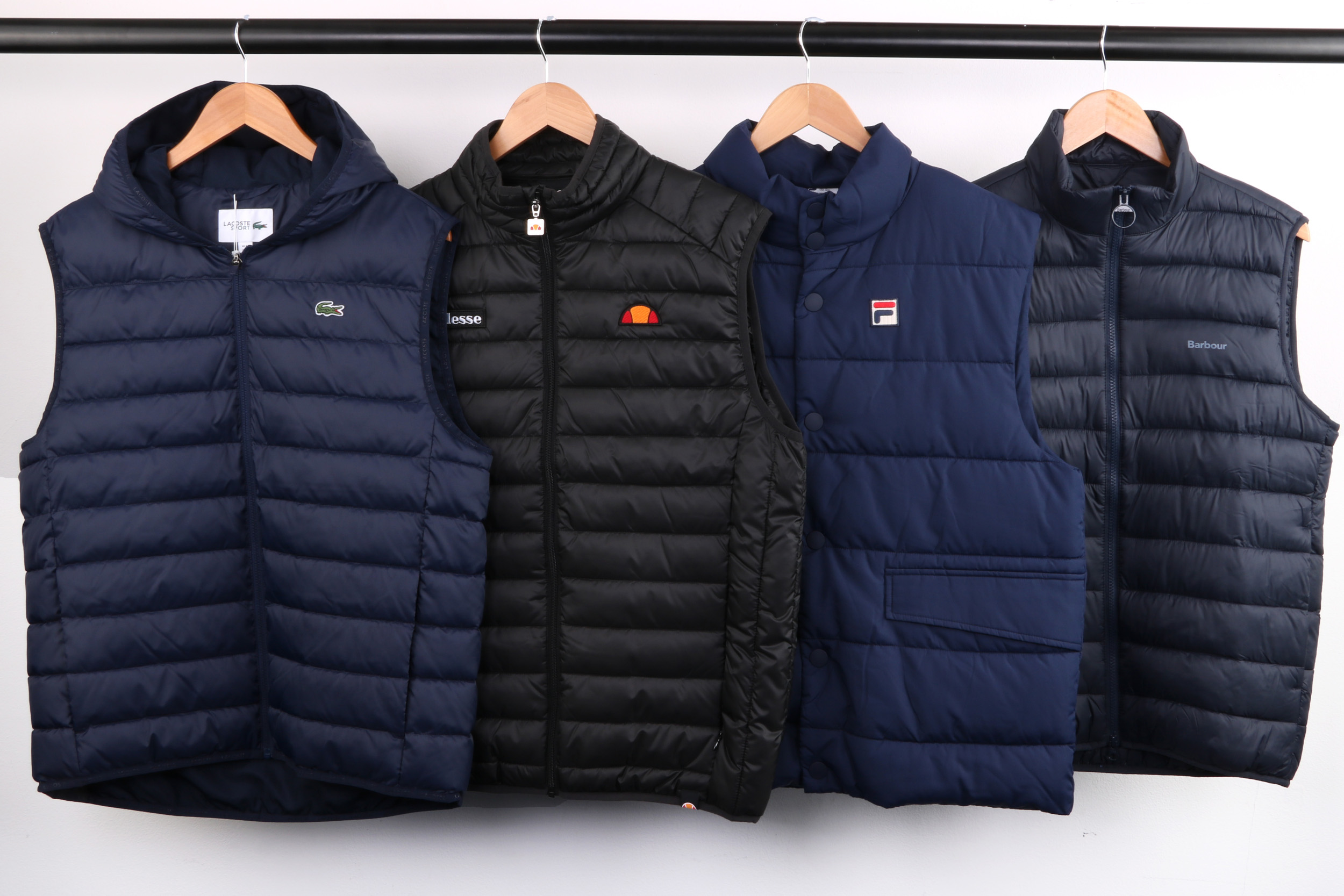 We’ve now introduced a range of casual gilets for the colder months like the Lacoste Hooded Gilet, perfect for layering up as the mercury drops.

The Autumn/Winter season is the perfect to time to flex your casual wardrobe. As the nights draw darker & the weather starts to become colder, wetter & windier, it’s that time to get them extra layers on. For the dressers though this isn’t a problem. It’s time to dust off the outerwear in the crisp autumn air & in this case the classic gilet/vest/bodywarmer or whatever your personal preference maybe. For the latest season we’ve now introduced a range of casual gilets like the Lacoste hooded Gilet, perfect for layering up in the ultimate casual style.

Also known as a vest, which translates as gilet in French, the gilet is the ideal outer layer for the colder months. The subculture connection of the popular down style started with the Paninaro in Italy back in the 1980s. Alongside the latest Best Company t-shirts & Timberland boots, the gilet became the must have outerwear piece for its bold colours and insulated down style. The gilet has also become a staple among the terraces & the casual elite of the UK for its insulation & added warmth on a cold November evening. Great to wear over a sweatshirt, hoody or t-shirt, the gilet adds added warmth to an outfit without feeling like your about to embark on a full blown excursion to the North Pole. 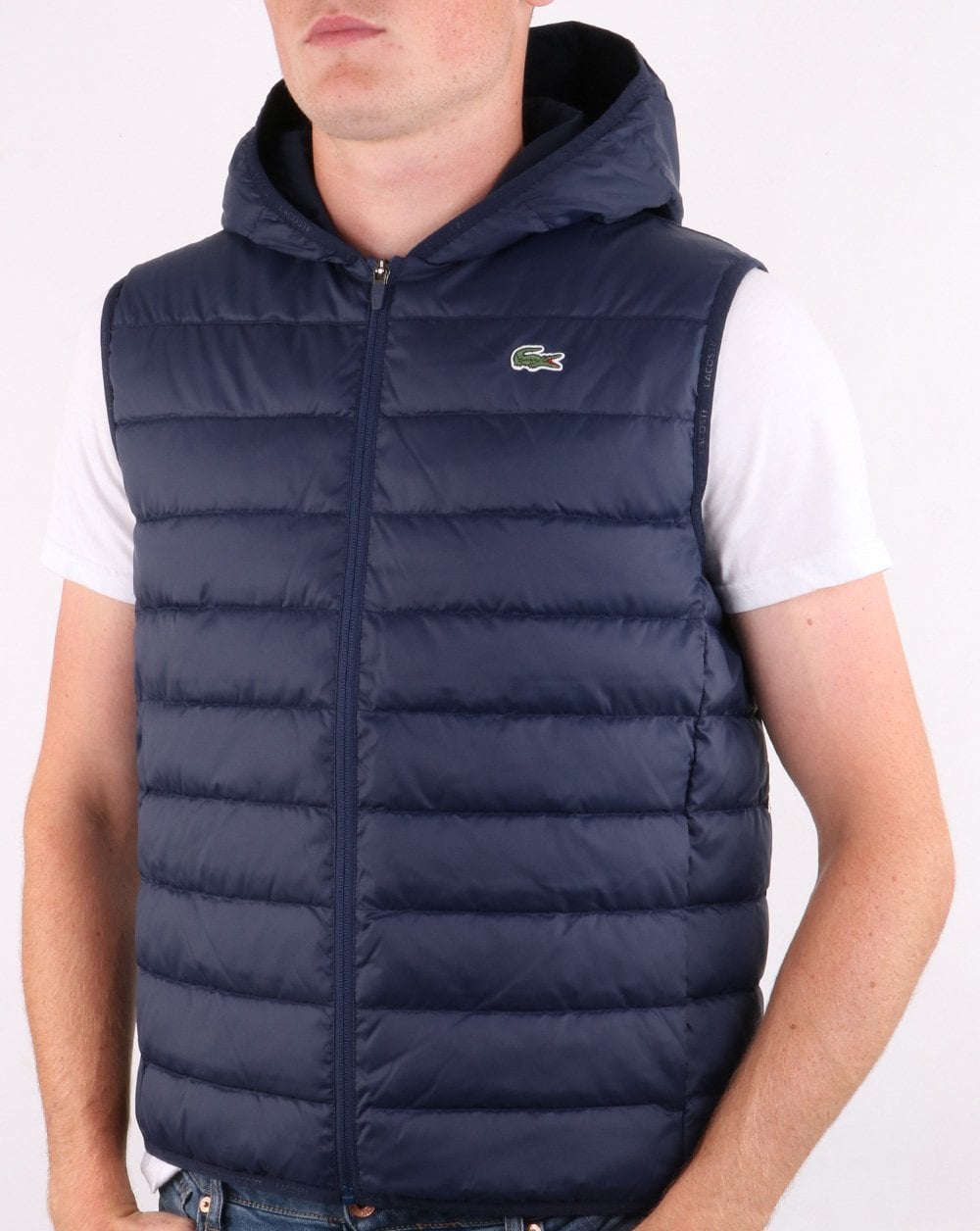 Above: The Lacoste Hooded Gilet in navy now available from 80s Casual Classics.

We’ve now introduced a range of gilets from a selection of casual brands such as Lacoste, Fila, Ellesse & Barbour. First up we’ve got the Lacoste Hooded Gilet which is the perfect bit of kit for layering up this autumn/winter. Featuring an added hood and synthetic down filling for extra protection against elements, the classic gilet style is finished off with the all important crocodile logo to the left chest. 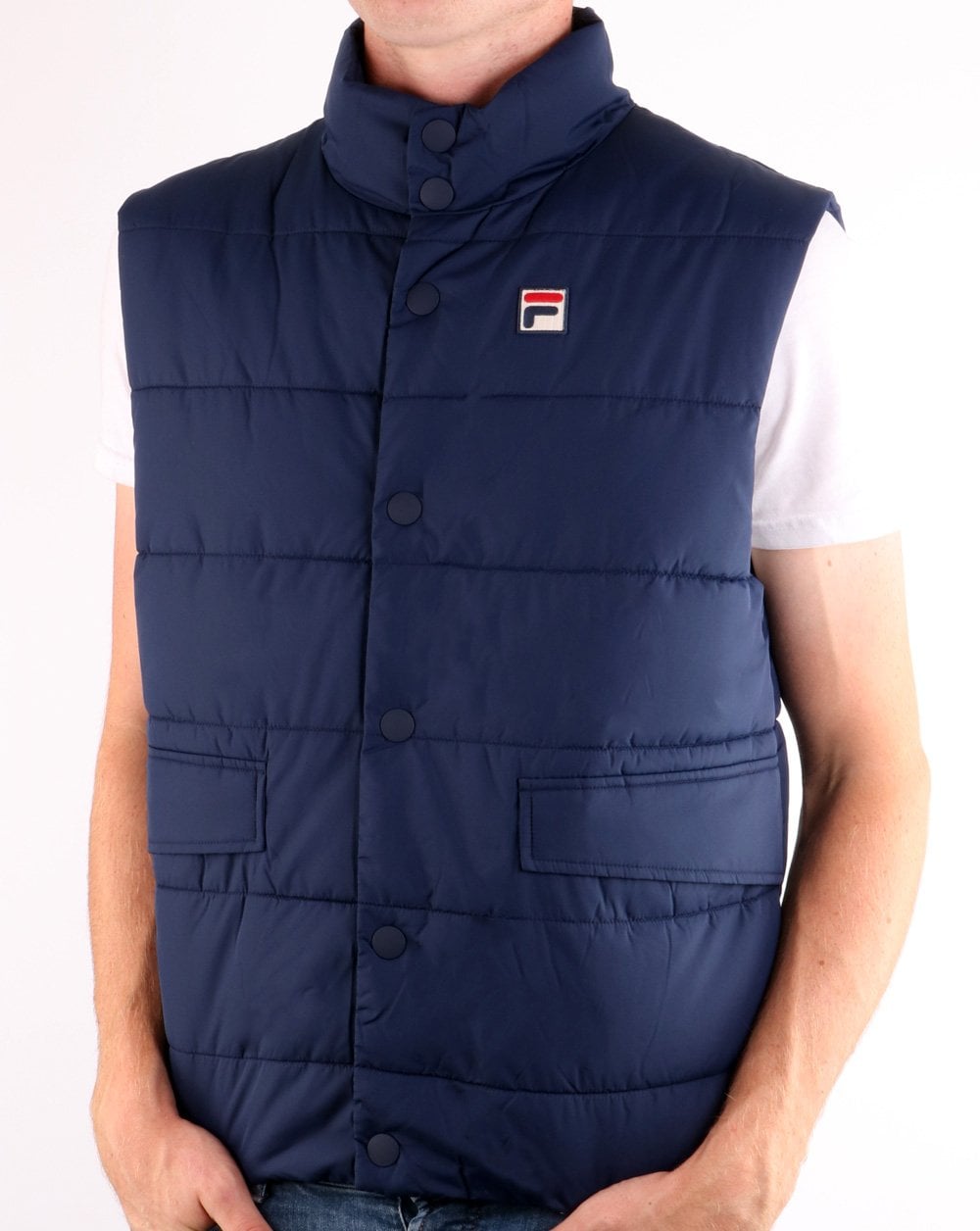 Above: The Fila Smithfield Gilet in navy now available from 80s Casual Classics.

We’ve also introduced a selection of gilets from classic Italian sportswear labels like Ellesse & Fila for that ultimate 80s Casual Classic look. The Fila Smithfield Gilet takes its name from London’s iconic market and features studded buttons to the front with some lofty synthetic down insulation. We’ve also got the Barbour Bretby Gilet which gets technical with a light fibre down fill & a funnel neck design for superior warmth. 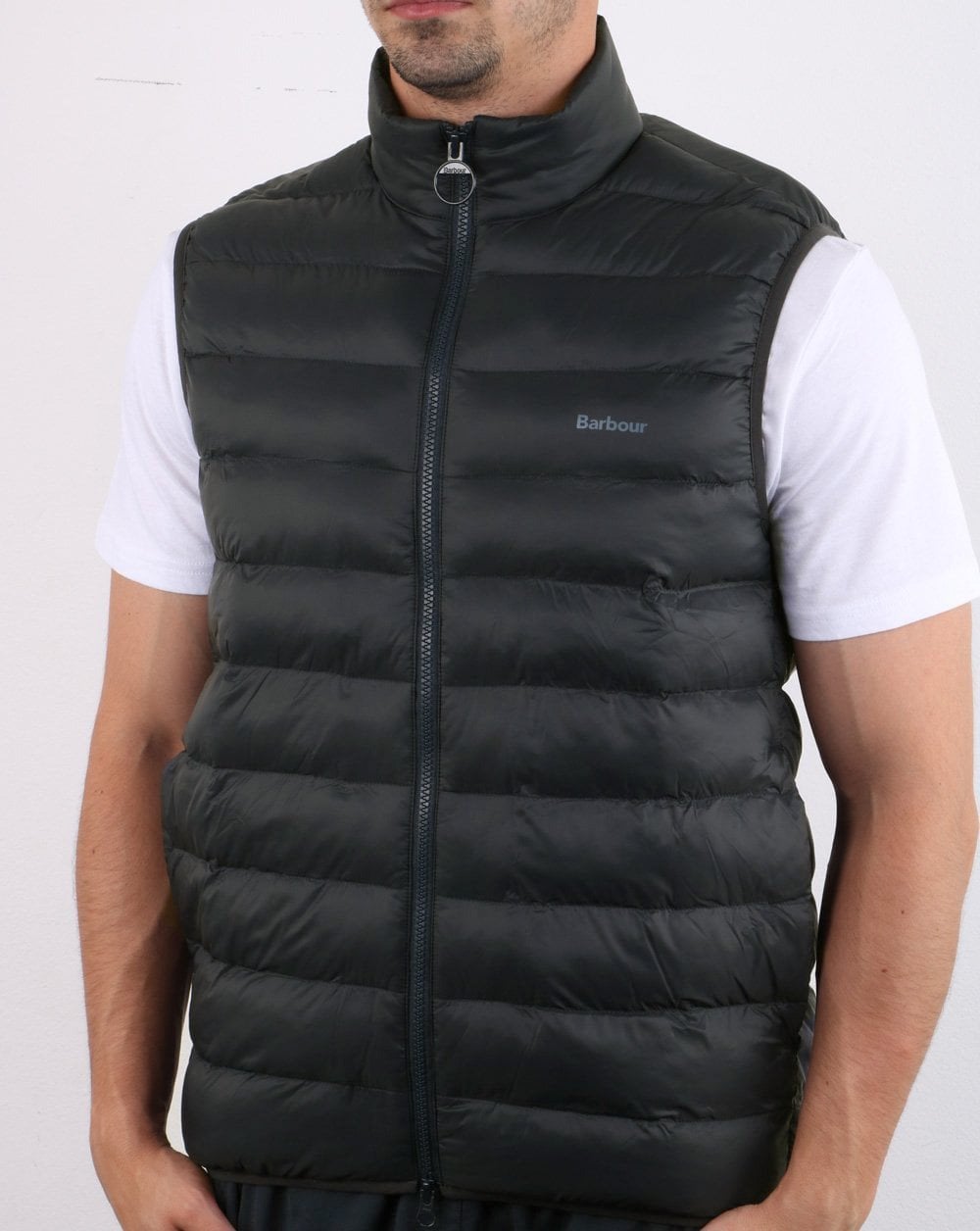 Above: The Barbour Bretby Gilet in black now available from 80s Casual Classics.