X
This site uses cookies to provide and improve your shopping experience. If you want to benefit from this improved service, please opt-in.
More Info
Accept Cookies
80's Casual Classics80's CC NostalgiaIt’s All About The Colours: Brighten Up With Benetton
Menu 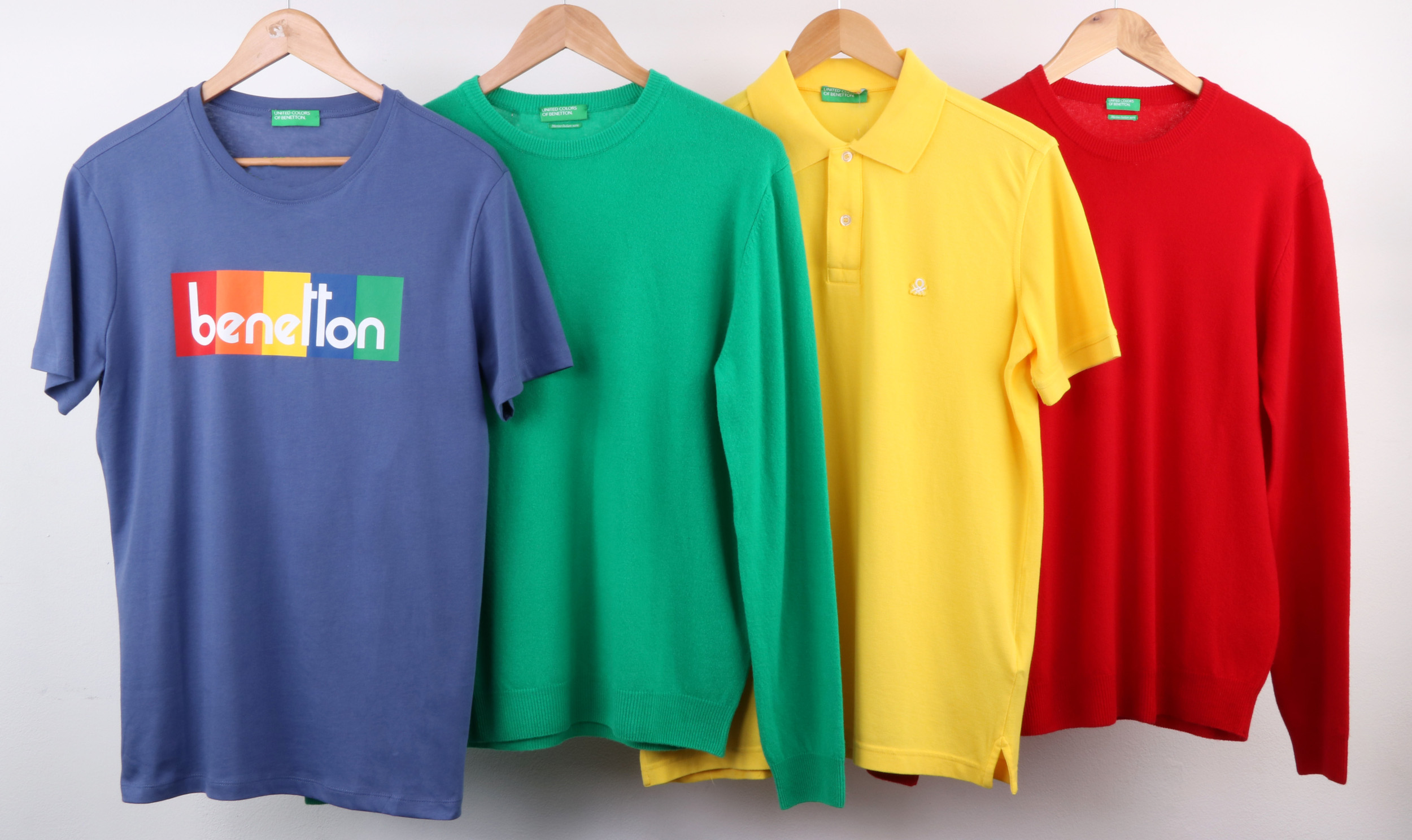 It’s All About The Colours: Brighten Up With Benetton

Benetton is officially back and is now introduced to its spiritual home with loads of colour to brighten up the mood.

The festive period maybe well and truly over, and you’re probably already thinking about booking some well earned sunshine in a hotter tropical climate. But when all said and done, January really isn’t that glum! Here at 80s Casual Classics we don’t believe in the dreaded ‘January Blues’ and what better to way beat them with these latest releases from Benetton which are guaranteed to brighten up your day, and most certainly your wardrobe for that matter!

The birth of the Italian designer brand goes back to 1965 with its founder Ponzano Veneto. During the 80s the brand became one of the ‘go to’ styles for the original casuals, in particular the Benetton Rugby Shirt which became the Fila equivalent of the Settanta or the Diadora equivalent of the Borg. During the 80s Benetton also introduced the ‘United Colors of Benetton’ which became a popular brand among the youth and other subcultures such as the Paninaro in Milan. Known for its crisp designs and colourful styles, the Italian brand is now officially back on the casual radar and is finally introduced to its spiritual home at 80s Casual Classics. 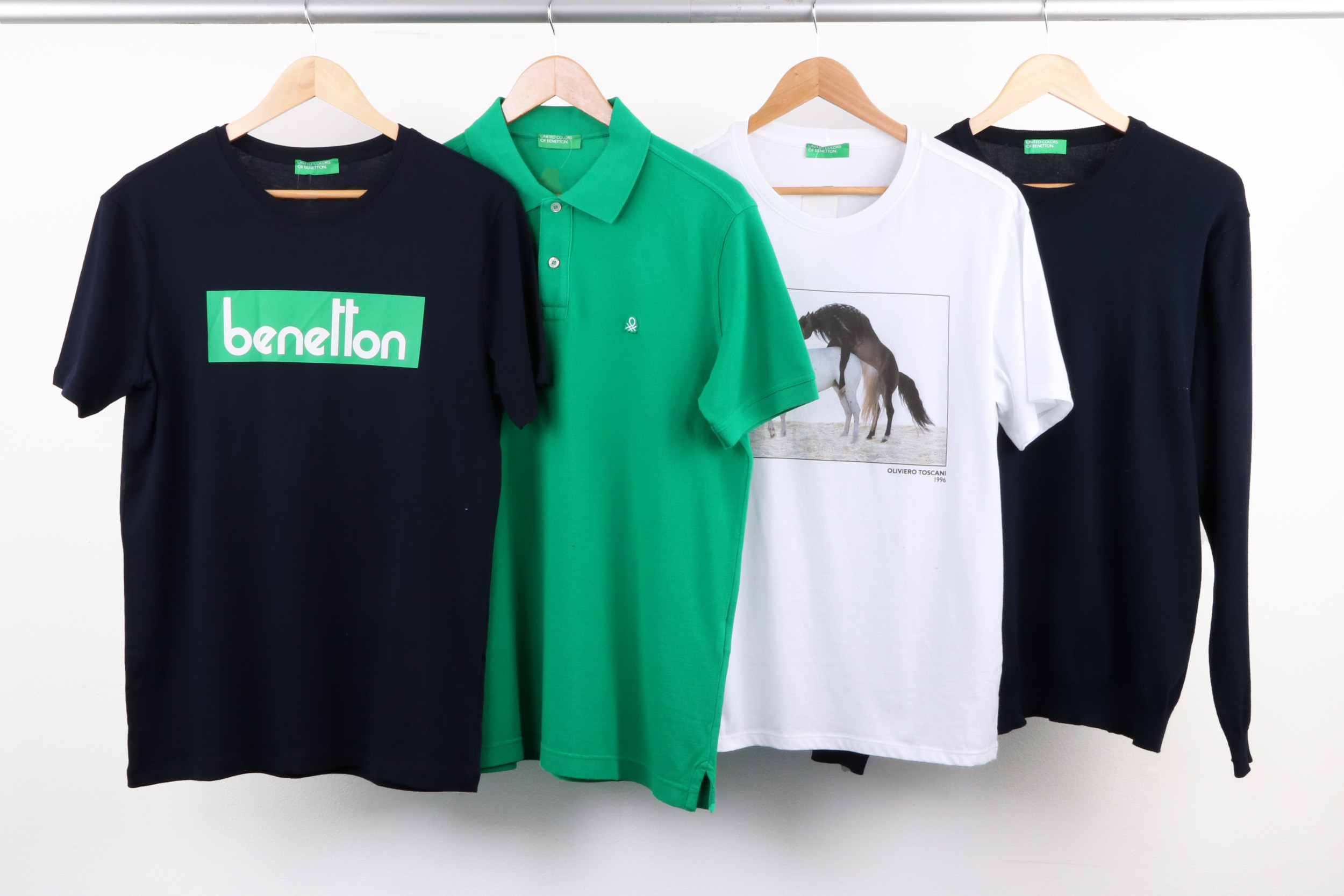 Above: The latest collection from Benetton now available from 80s Casual Classics.

In 2019 we brought back an original casual icon with the legendary Benetton Rugby Shirt. After an exclusive sell out release of the original 80s sportswear style, we were also featured in the Scottish press for just how quick the celebrated casual style sold out. It was literally a matter of days and this really cemented the demand which we knew Benetton already had from our customers. We had been in touch with the brand for some time to bring back the style after hundreds of requests and enquiries from our customers and community. Up until its recent revival the Rugby Shirt had become like gold dust to get your hands on with resale values going through the roof, as much as £500 for original 80s models. After bringing back the Rugby Shirt we have now introduced the latest collection from the colourful Italian designer brand for the latest season. 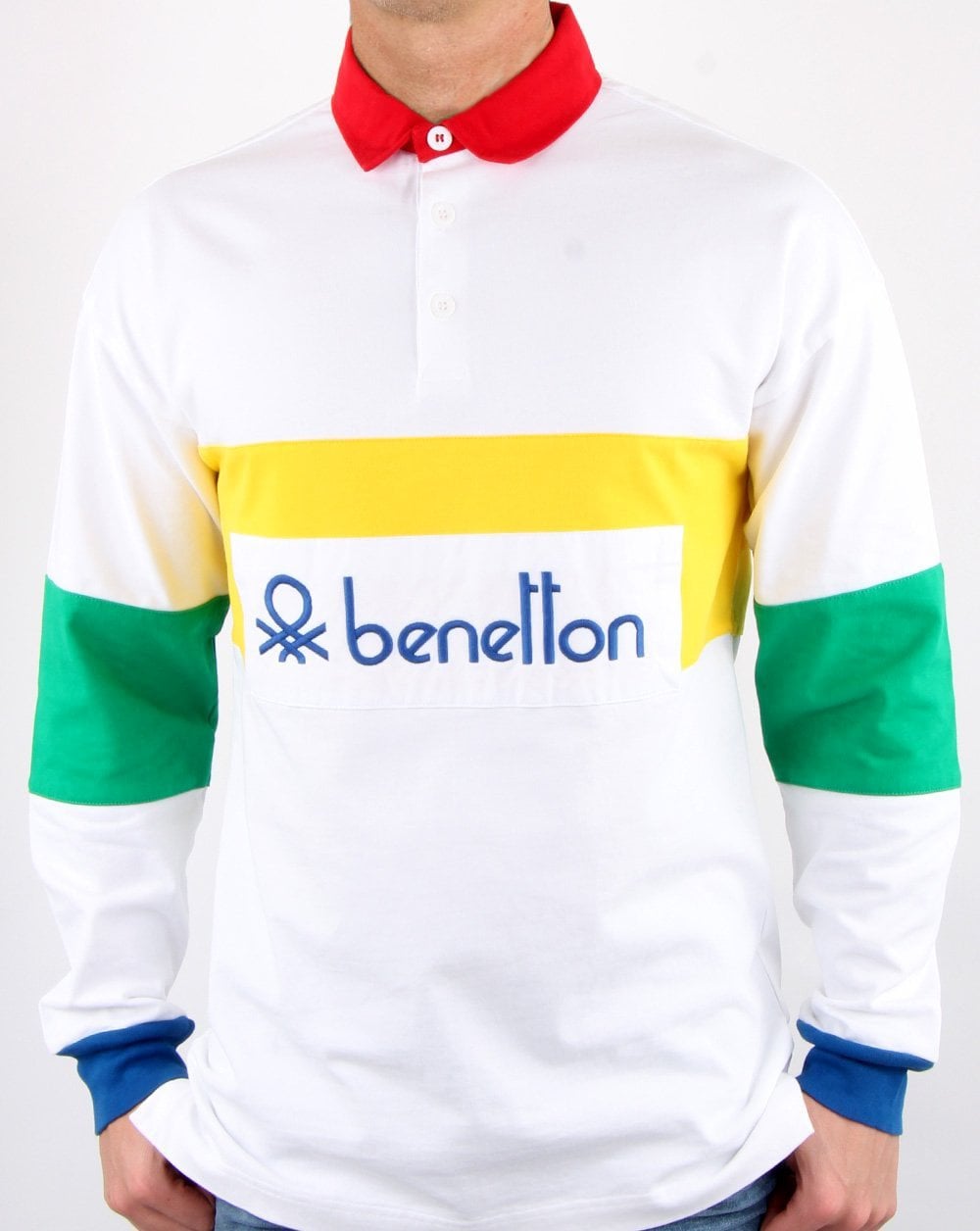 Above: The Benetton Rugby Shirt in white/multi now available from 80s Casual Classics.

In true Benetton style, the latest collection is obviously all about the colour with vibrant summery hues featuring across a selection of polo shirts, merino wool jumpers, classic turtle neck styles, box logo tees & rugby shirts. Highlights include United Colors of Benetton soft touch wool jumpers in a selection of colourways including teal, orange and green. Classic polo shirts are available in the iconic Benetton green colour and crew neck tees feature the famous Benetton Sans font logo in an assortment of different styles and colourways. We’ve also re-introduced the legendary Rugby Shirt in an updated multi-colour release adding a colourful update to the classic 80s sportswear style. A great classic 80s sportswear style if you’re not sure about which colourway to go for.