We’ve now introduced the adidas ZX 1K BOOST trainer which gives a nod to the original ZX line from the 1980s as well as utilising the latest 3 stripes trainer tech.

If you’re a 3 stripes collector, fan or just like wearing them, you should know of the importance of the adidas ZX line. The ZX line saw adidas take on the running world like never before. Following the success of previous adidas running trainers like the adidas Oregon in 1982, the adidas New York in 1983 & the Boston Super in 1984, the 1980s saw adidas release some of their most celebrated running trainers of all time. The ZX line took running trainer technology to the next level. It was all about creating a series of running shoes that could be used for different types of runners & running terrains. As well as utilising state of the art trainer technology such as Torsion & Soft Cell, each shoe from the celebrated ZX line was tweaked for a specific type of terrain. To this day the ZX line is still a highly respected name among adidas afiocondas & those in the know. For the latest season we’ve now introduced the adidas ZX 1K BOOST trainer which gives a nod to the celebrated ZX line from the 1980s. 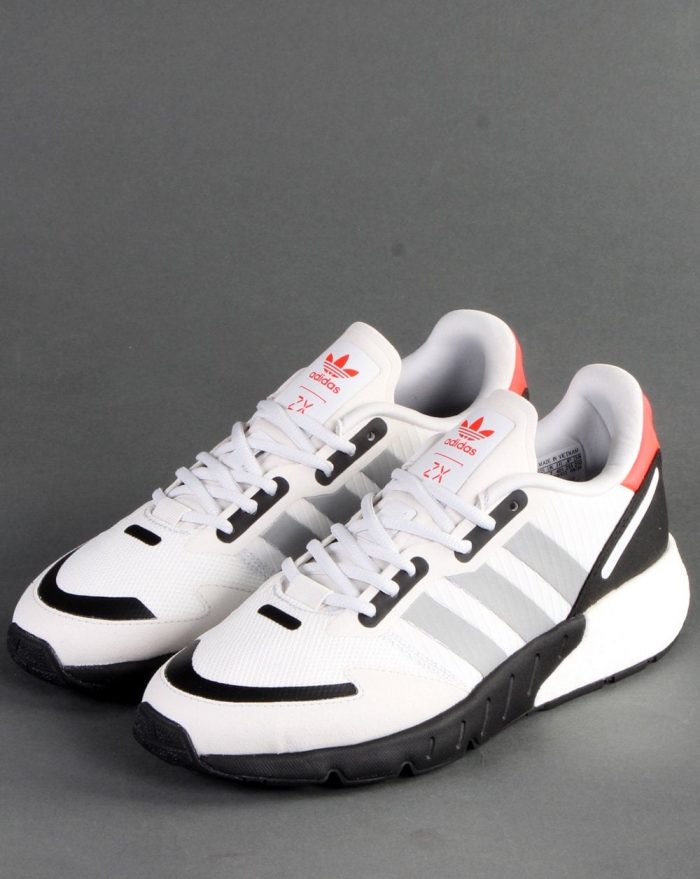 Even though the original ZX line may have discontinued in the late 1980s, its influence has continued to play a key role in modern day adidas releases. Apart from the OG archive re-releases themselves, adidas also introduced the ZX Flux in 2014, which quickly became a popular lifestyle choice for all ages. More recently adidas introduced the adidas ZX 700 HD which drew inspiration from the original ZX 700 trainer from 1985. Although the latest ZX 1K BOOST is a completely new release, it is still evidently rich in ZX heritage, mixing the old with the new. 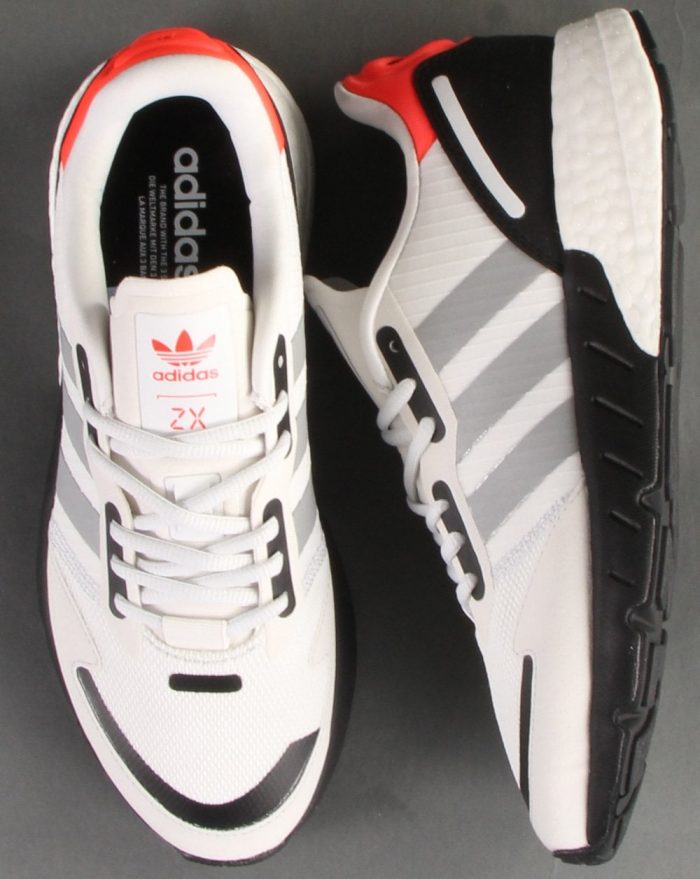 The seasonally equipped ZX 1k BOOST trainer features an assortment of the latest trainer tech such as durable ripstop uppers with the addition of synthetic suede overlays for added support. The robust runner also features the latest BOOST sole technology & an EVA midsole for superior cushioning and stability under foot. Other features include a secure lace up fastening system & silver 3 stripes to the sidewalls with reflective detailing for some added visibility in the darker hours. The reflective synthetic overlays to the rear of the shoe give a nod to the heel caged designs as seen on the likes of the ZX 8000 & ZX 9000. The ZX 1K BOOST trainer is then finished off with original Trefoil branding to the tongue tab & heel in orange.