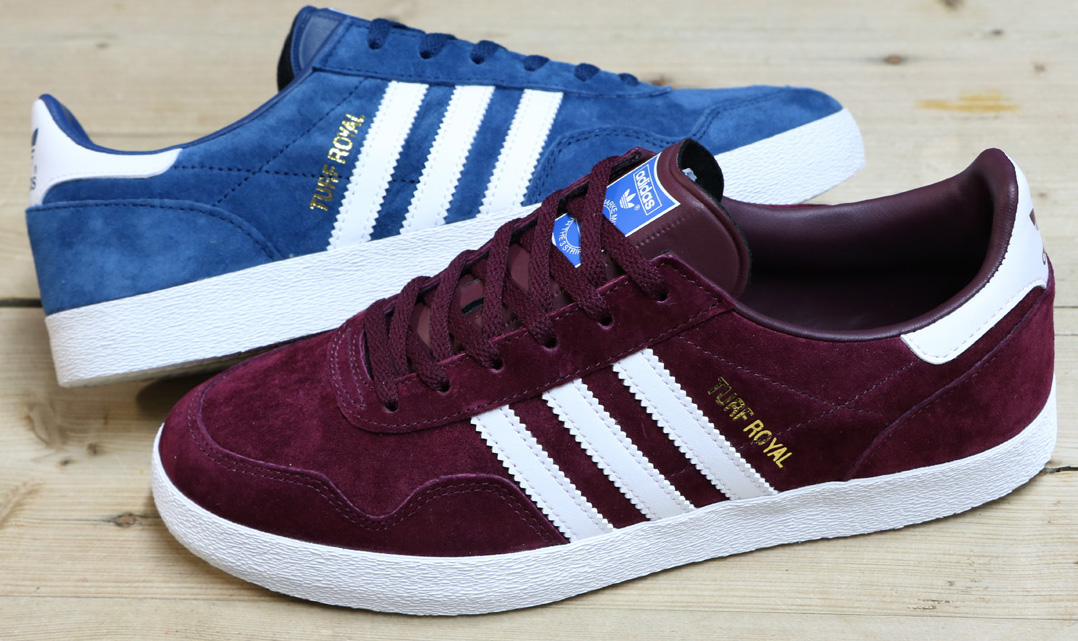 The Turf Royal gives a subtle nod to the original 3 stripes suede silhouettes from the casual heydays.

We could literally talk about classic 3 stripes all day and that’s not an exaggeration! Since the late 70s adidas have maintained a terrace connection like no other brand out there. Of course there are other casual trainer brands, but the truth is it will always be, and to continue to be, 3 stripes on the terraces.  Now archive adidas styles are bigger than ever before thanks to social media and the accessibility of trainers in the modern day. Classic terrace styles have become just as popular on the terraces & the streets as they once were some 40 years ago thanks to re-launches, archive inspiration and the ever growing resale market. As far as footwear & subculture goes, the adidas trainer to the Casuals was like the equivalent of the brothel creeper to the Teddy Boys, the Kickers Kick Hi to the Madchester scene or a pair of Dr. Martens to the original Skinheads. The terraces saw adidas become so much more than a performance sports shoe and the new adidas Turf Royal trainer celebrates just that. 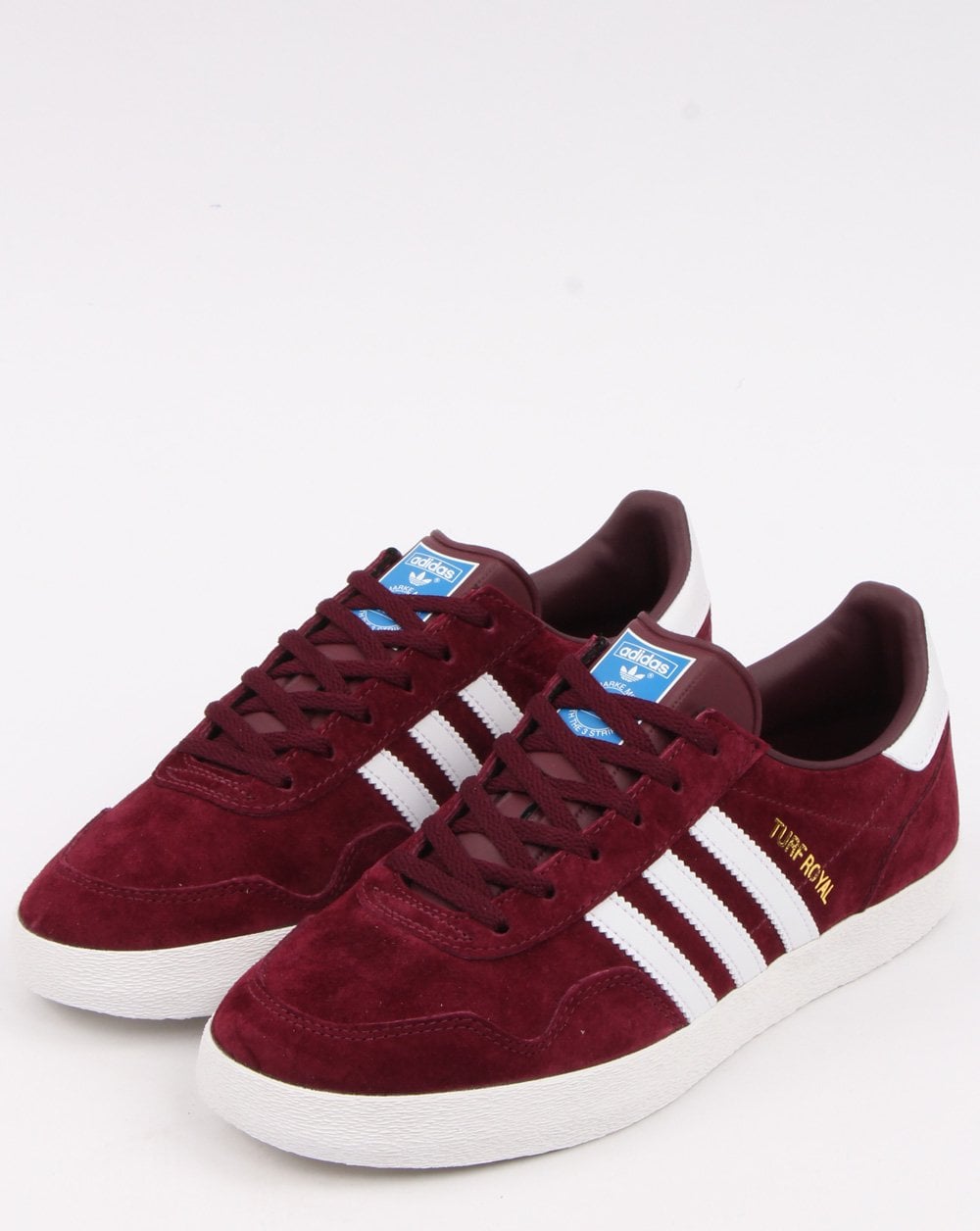 There are loads of classic terrace styles out there from adidas. The Jeans MkII, the Samba, the Stan Smith, the Gazelle, the Forest Hills, the Trimm Trab, the Handball Spezial & the Indoor Super to name a few…we could go on. It’s these styles that created the original hype for adidas with the Casuals just like the equivalent of modern day Hypebeasts going mad for the latest Yeezy drops. The rarer and more expensive the better because at the end of the day that was what terrace fashion was. It showed who had the most coin and acted like a casual catwalk for working class youth in Britain. Whilst Thatcher was mobbing up with her own firm to take on the unions, the Casuals were always one step ahead in the footwear department with their rare and exclusive adidas trainers. 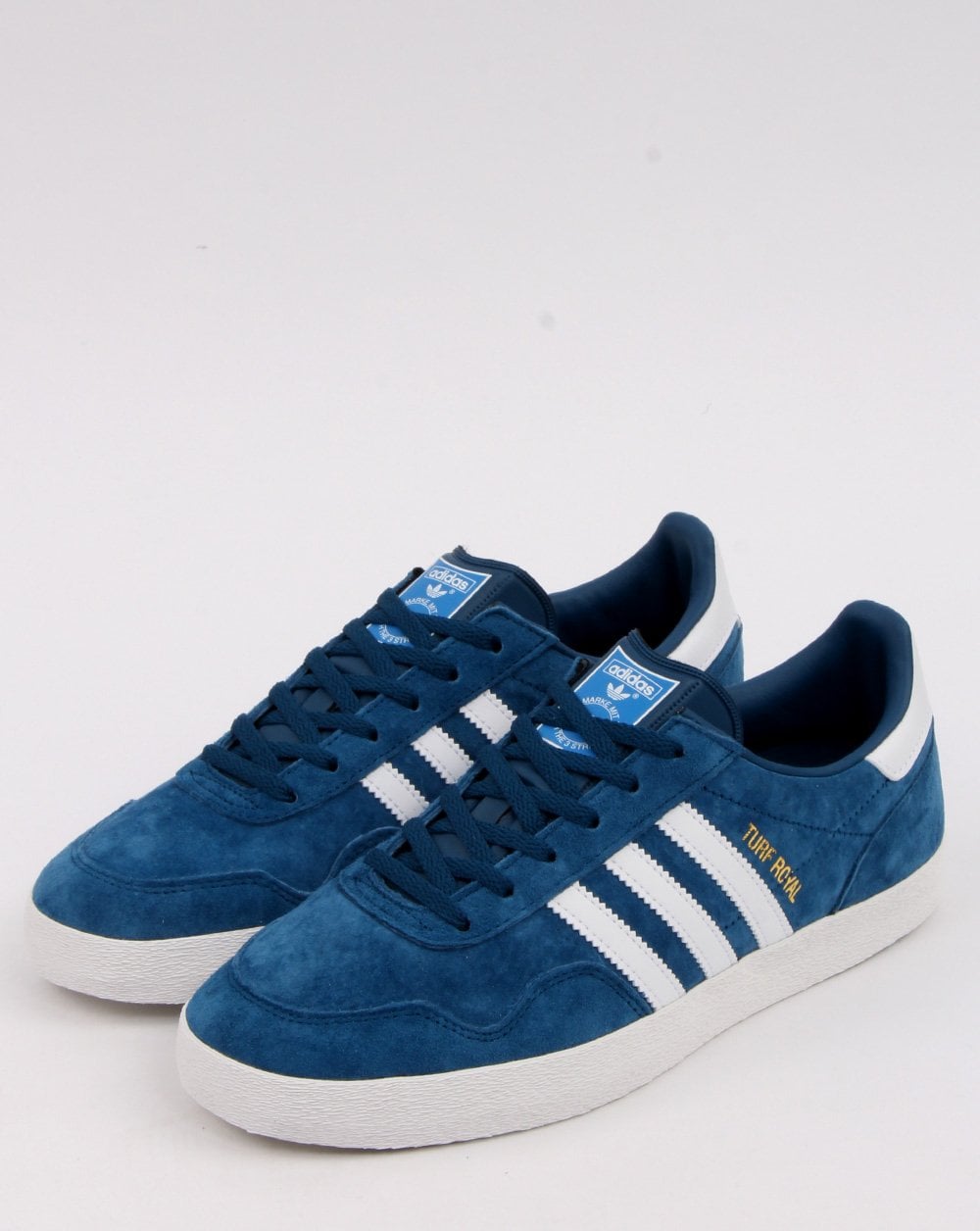 You would be forgiven for thinking the adidas Turf Royal trainer also came from this magical 3 stripes era. The adidas Turf Royal however is a relatively new adidas style in comparison that was first released a few years back. Drawing inspiration from the original 3 stripes suede styles that claimed their cult status on the terraces, the Turf Royal is a super suede style for the next generation of 3 stripes fanatics. The name gives a nod to the sacred soccer stage of greenery that fills each football stadium with an aristocratic twist. Features of the Turf Royal include terrace inspired soft suede uppers in OG style colourways such as legend marine & maroon. Other highlights include contrasting 3 stripes to the side walls, a white gum rubber outsole, original trefoil branding to the tongue tab & ‘Turf Royal’ in gold foiling.