X
This site uses cookies to provide and improve your shopping experience. If you want to benefit from this improved service, please opt-in.
More Info
Accept Cookies
80's Casual Classics80's CC Nostalgia“I’ve Got Trimm Trab Like The Flash Boys Have”
Menu 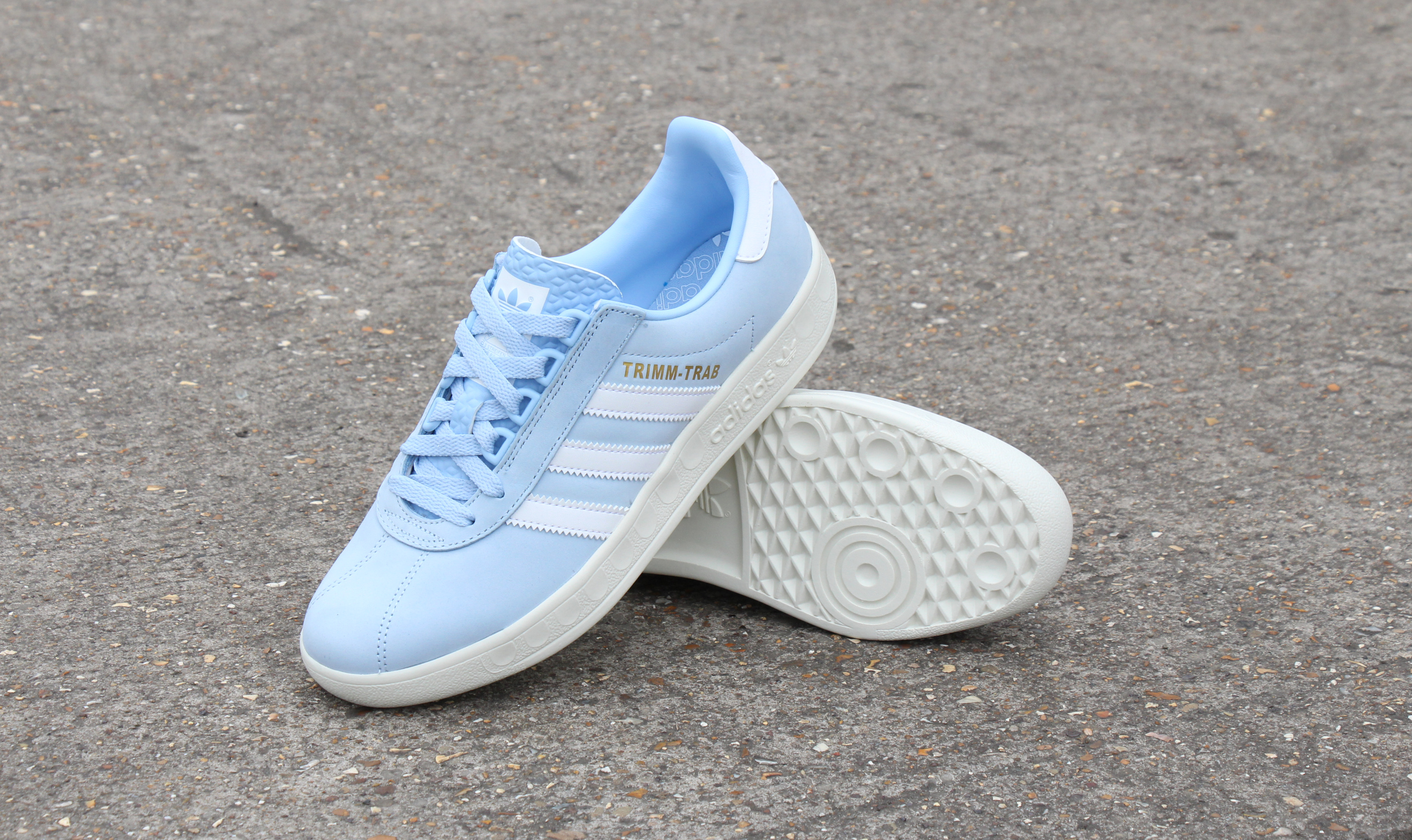 “I’ve Got Trimm Trab Like The Flash Boys Have”

The adidas Trimm Trab trainer returns to its spiritual home in an updated sky blue colourway for the latest season.

You don’t have to be a die hard trainer fan to appreciate the significance of the Trimm Trab to the casual subculture. It’s pretty clear that the Trimm Trab has earned far more than its “stripes” when it comes to classic adidas footwear. A connection that only a handful of OG adidas styles can truly claim. The adidas Trimm Trab trainer is undeniably one of the most renowned & respected 3 stripes trainer styles from the 1980s. Its story of popularity & introduction into the UK footwear market was perhaps like the modern day equivalent of hype trainer culture, before their was social media, the internet & trainer events like we know today. Back in the 70s & 80s the trainer market was a completely different world all together. In the beginning the Trimm Trab wasn’t even available in the UK. If you wanted a pair you had to go straight to the source, and in the unique case of the Trimm Trab for example, it was the birth country of adidas itself, Germany. 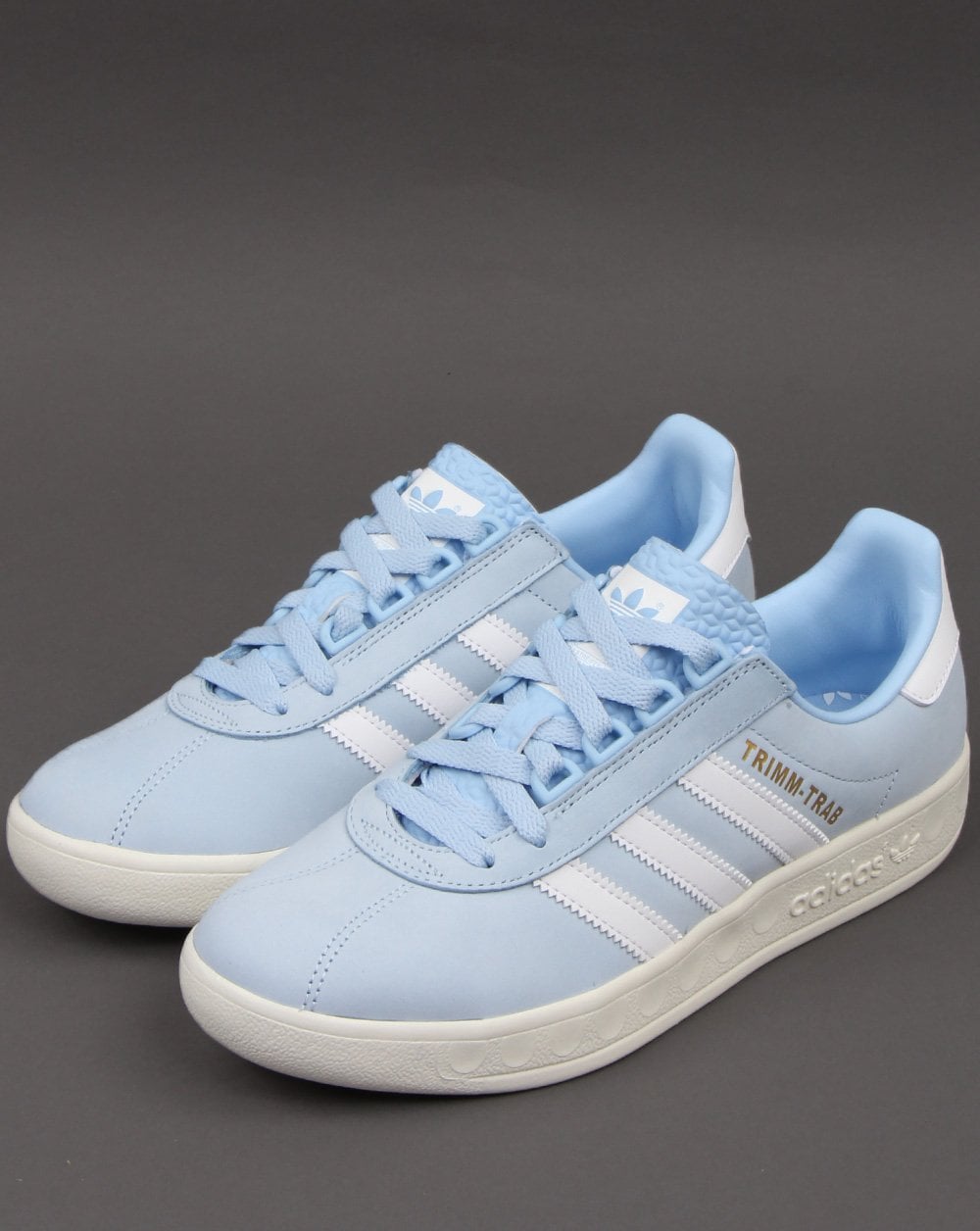 After its official release in 1977, the Trimm Trab was only available in Germany and some parts of Europe. Originally released as part of a government led fitness incentive, the Trimm Trab followed on from other “Trimm” styles like its slightly older sibling, the Trimm Star from 1972. The explosion of adidas trainers in the North West during the late 70s and early 80s saw the Liverpool based footwear retailer, Wade Smith, spot a gap for the growing demand of 3 stripes in the region. The original 3 stripes entrepreneur would drive to Germany in a van and bring back hundreds of Trimm Trab’s and other rare adidas styles that would sell out within a matter of days. Rumours across Merseyside claimed that Smith sold hundreds of thousands of the Trimm Trab alone during the 80s. The reality is they were probably true. 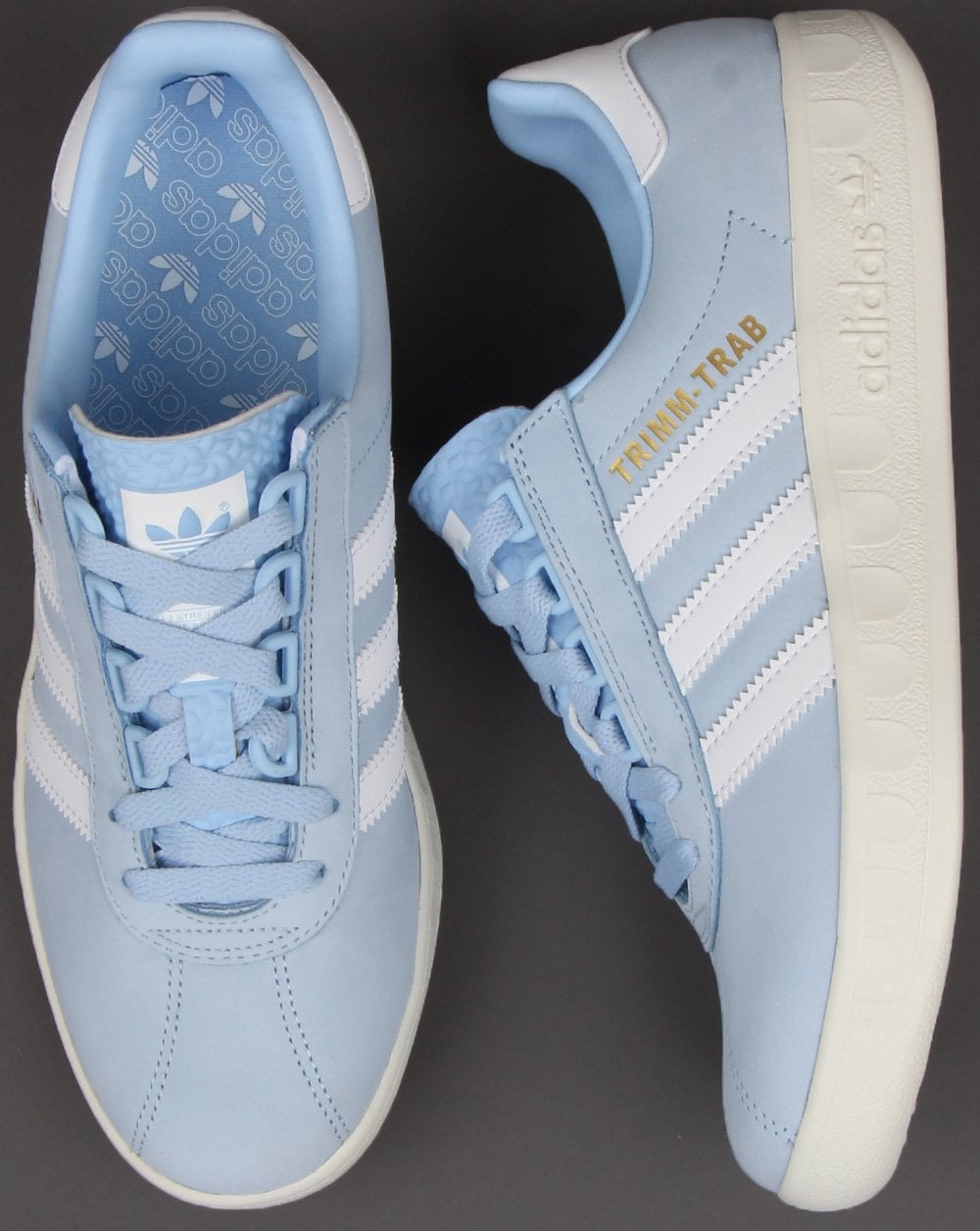 Liverpool was where the magic started for the Trimm Trab, however it’s casual connections’ weren’t just limited to the North West. In Cass from 2008, Nonso Anozie who plays the ICF hooligan, Cass Pennant, mentions the Trimm Trab when describing the popular clothes, trainers & styles worn by the original West Ham casuals. Blur even wrote a song about the Trimm Trab for their album 13 in 1999. The lyrics “I’ve got Trimm Trab like the flash boys have”, shows the significance of the TT’s popularity when it comes to casual snobbery.

The coveted casual classic is now updated in a brand new sky blue colourway for the latest season. Highlights include nubuck uppers with contrasting 3 stripes to the side walls. The original trefoil logo sits on a dimpled tongue with ‘Trimm Trab’ in gold foiling to the sides and the signature thick white midsole which also featured on the likes of the adidas Munchen from the same era.