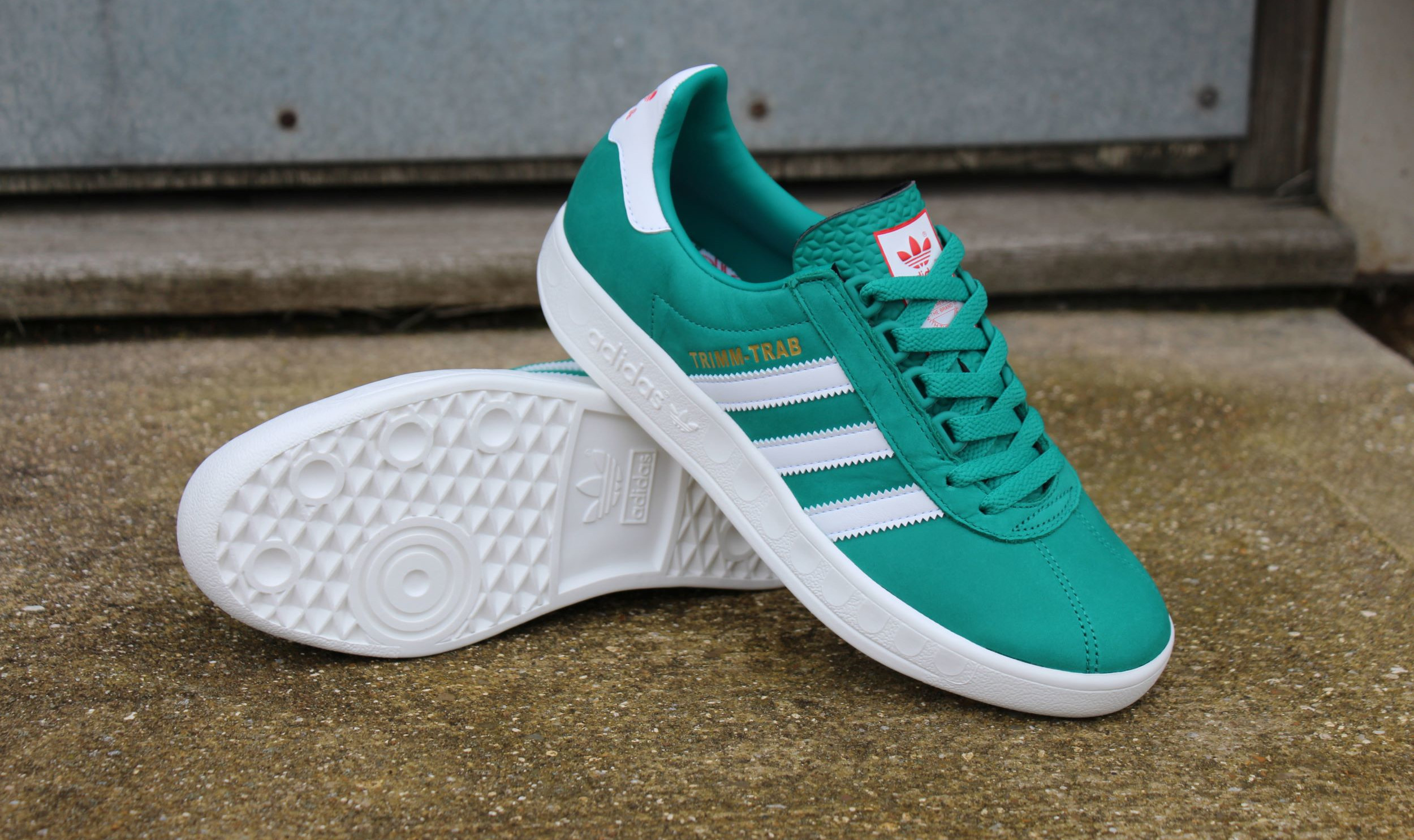 The adidas Trimm Trab Gets Treated To A Mexico 86′ Makeover

It was never really anticipated that the Trimm Trab would leave a lasting legacy like it did after its original release in the late 1970s.

Like a lot of other things that have happened in the world, sometimes just being in the right place at the right time counts for a lot, and where the Trimm Trab was concerned this was certainly the case. The ‘Trimm’ series had already seen other original 3 stripes fitness styles from adidas like the Trimm Star from 1971. Introduced as part of a nationwide fitness program in West Germany throughout the 1970s. The government led fitness initiative and health campaign went with the tag line “Trimm dich, durch sport” (Get fit do sports) and adidas seized the opportunity by introducing a new range of fitness shoes. Fitness programs were all well and good but the main reason the Trimm Trab blew up like it did was the casual subculture and the rise of 3 stripes on the terraces. As adidas trainer fans we really owe a lot to that 70s fitness campaign, because without it, the Trimm Trab simply wouldn’t exist. 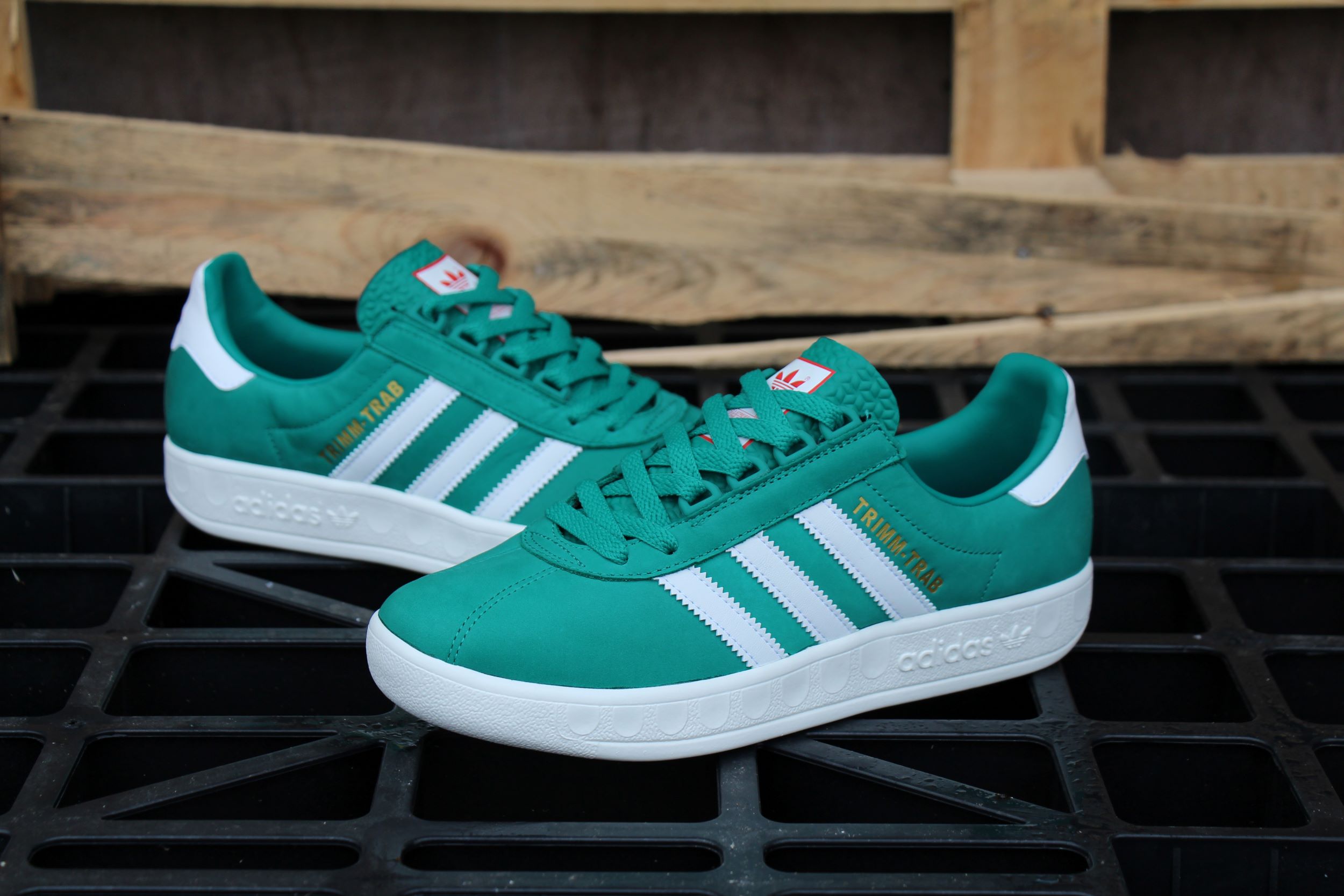 The demand for rare adidas trainers in the UK reached its peak in the early 80s with the casual movement and one-upmanship. Liverpool based sports retailer, Wade Smith, saw the growing demand for rare adidas trainers and looked to cash in on the 3 stripes craze. According to numerous sources, Smith shifted 110,000 pairs of the Trimm Trab alone throughout the 80s, the equivalent of around £8 million in today’s money. Although the Trimm Trab was big all over the UK throughout the 1980s, it’s real homeland still remains the North West and Merseyside in particular. The original Trimm Trab from 1977 was similar in appearance to the adidas München trainer from 1976 and also featured the signature thick white sole unit and suede uppers. 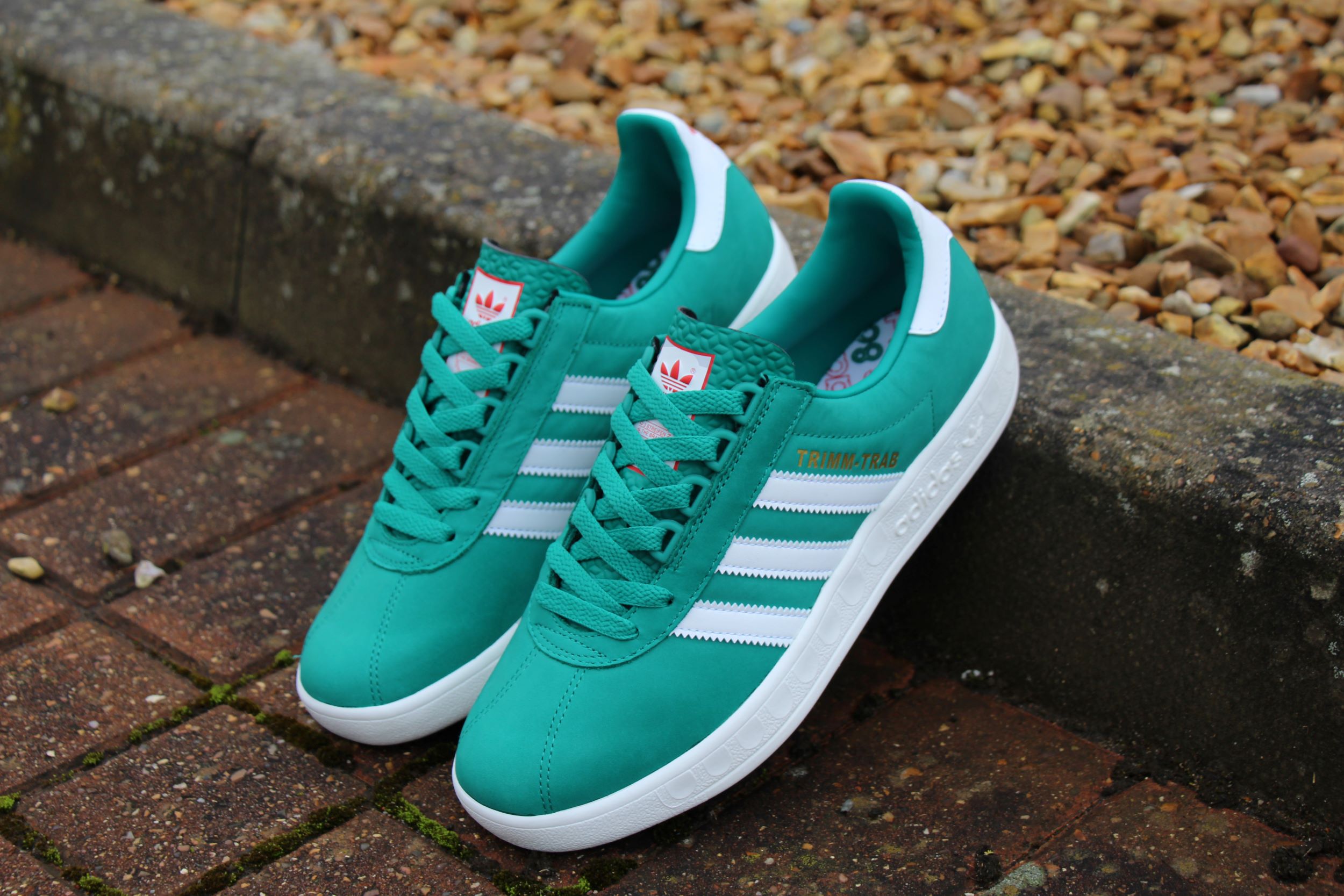 Earlier in the year the Trimm Trab was treated to an exclusive football inspired release with red (Liverpool) and blue (Everton) colourways highlighting the trainers’ heritage to the Liverpudlians regardless of team rivalries. If there was ever a trainer statue erected in the city of Liverpool, it would, without a shadow of a doubt be the Trimm Trab in all its 3 stripes glory.

For the latest season the classic casual trainer is introduced in a new Mexico 86′ version. Following the same nostalgic football theme as the recently released adidas Country trainer, the Trimm Trab is now kitted out in nubuck suede uppers in ‘glory green’ which give a nod to the original sombrero wearing mascot logo of the world cup tournament in 1986. Other highlights include ‘adidas 86’ graphics on the insole alongside the famous thick white midsole and ‘Trimm Trab’ in gold foiling to the lateral sides. In the words of Damon Albarn from the Blur song from 1999,  “I’ve got Trimm Trabb like the flash boys have” and now you can too with this very special exclusive release.