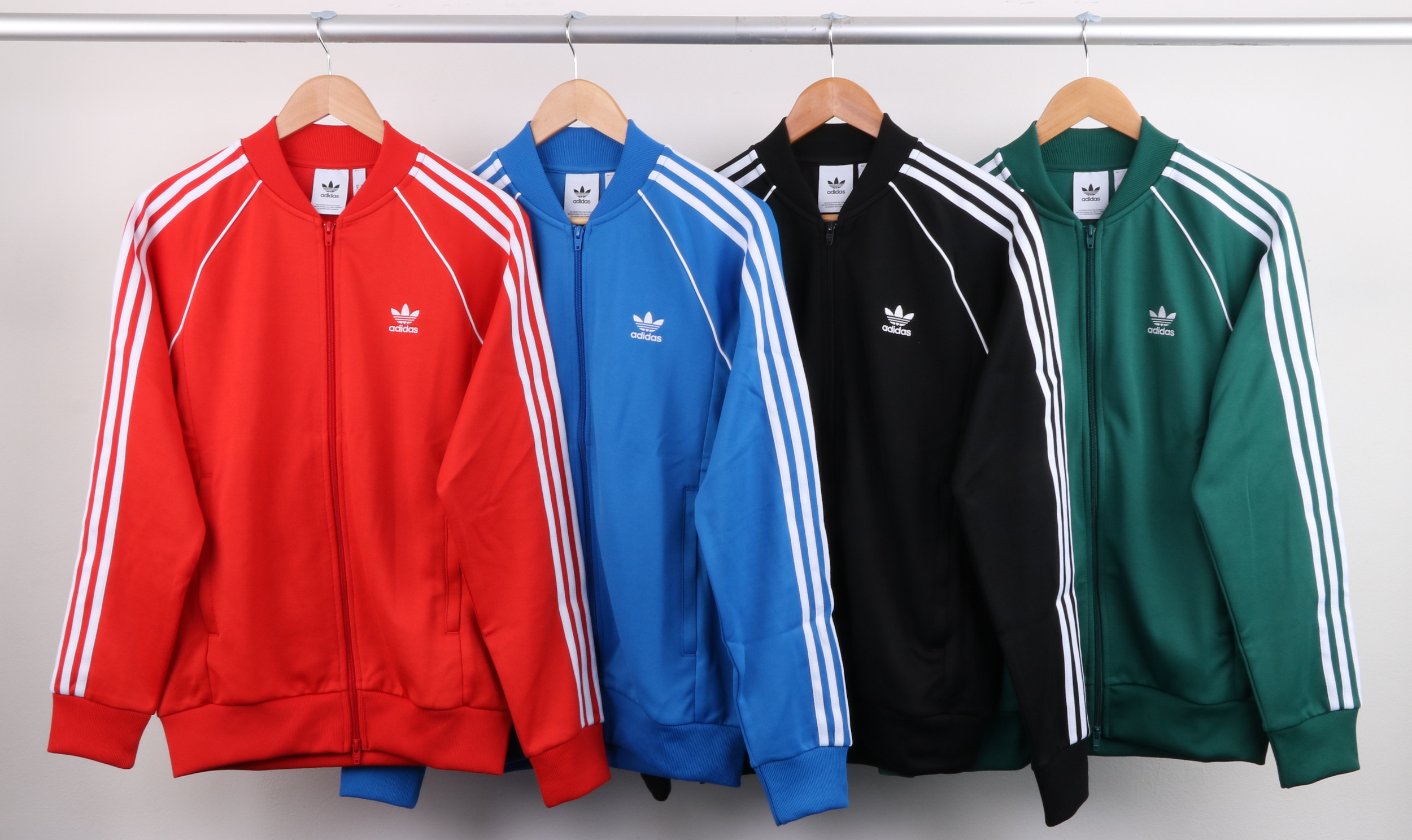 The adidas Superstar Track Top is Rich In Football Heritage

The adidas Superstar track top first made its mark on the global football stage at the Argentina World Cup in 1978.

Sometimes its nice to take a step back & appreciate the past with how fast big global sportswear brands like adidas are constantly evolving. Technology & social media have dramatically changed the way in products are now marketed whereas back in the 1980s football teams had only really just started becoming accustomed to wearing sponsored kits. The fact is no matter how far adidas master their latest BOOST technology or how many pair of YEEZY’s they sell, the heritage side of the Originals line will always be relevant. The football heritage of the original Dassler brand from the 60s, 70s & 80s is really where it’s at. The original Beckenbauer track top from 1967 was the original football training apparel connection for the 3 stripes brand and marked the start of many more classic track silhouettes. The adidas Superstar track top followed in the late 1970s.

Continuing the football legacy of the Bayern Munich legend & the Beckenbauer, the adidas Superstar track top first made its mark at the Argentina World Cup in 1978 as part of the official kit of the Brazilian national team. Moving into the 1980s, the Superstar would also make its mark at the FA Cup in 1985 at Wembley when Man Utd’s Norman Whiteside scored a winning goal in extra time against Everton. The Man United players wore the Superstar track top as they walked onto the pitch of the iconic two towers with an adidas kit that is still regarded as one of the greatest United kits of all time. 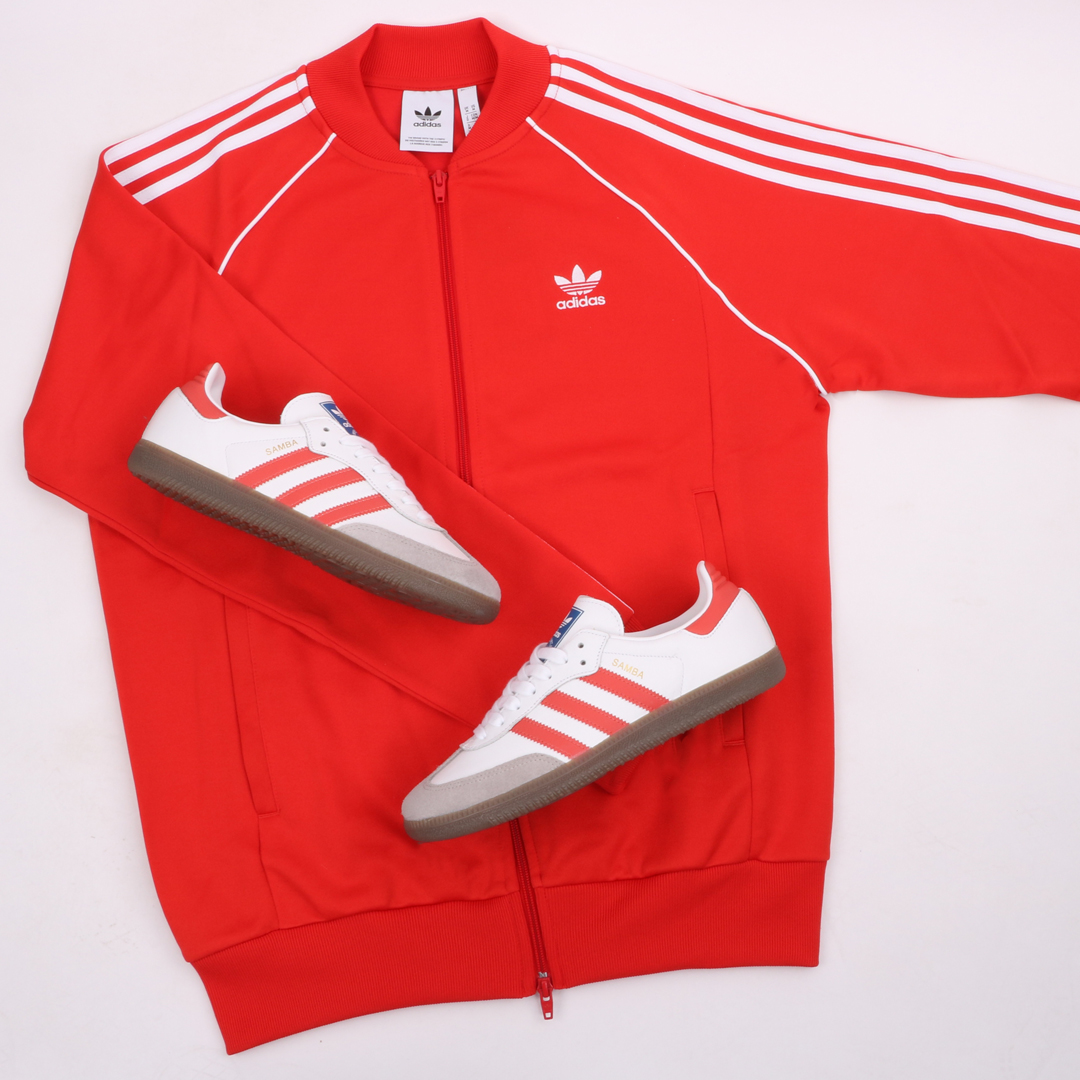 It wasn’t just the football connection however that gave the Superstar its ‘icon’ status it holds today. 80s rap group, Run DMC, played a phenomenal role in the endorsement of adidas trainers and sportswear throughout the 1980s. The adidas Superstar track top was a key style worn by the OG hip hop trio alongside Superstar trainers. Classic tracks like ‘My adidas’ would eventually lead to multi-million endorsement deals with a range of high profile rappers and artists throughout the 90s & noughties to modern day. 90s Britpop was also a big moment for the Superstar with the revival of retro sportswear and the likes of Gallagher brothers championing the classic football track style. Over the last 30 years the Superstar has featured in a variety of music videos from Snoop Dog to Stormzy. 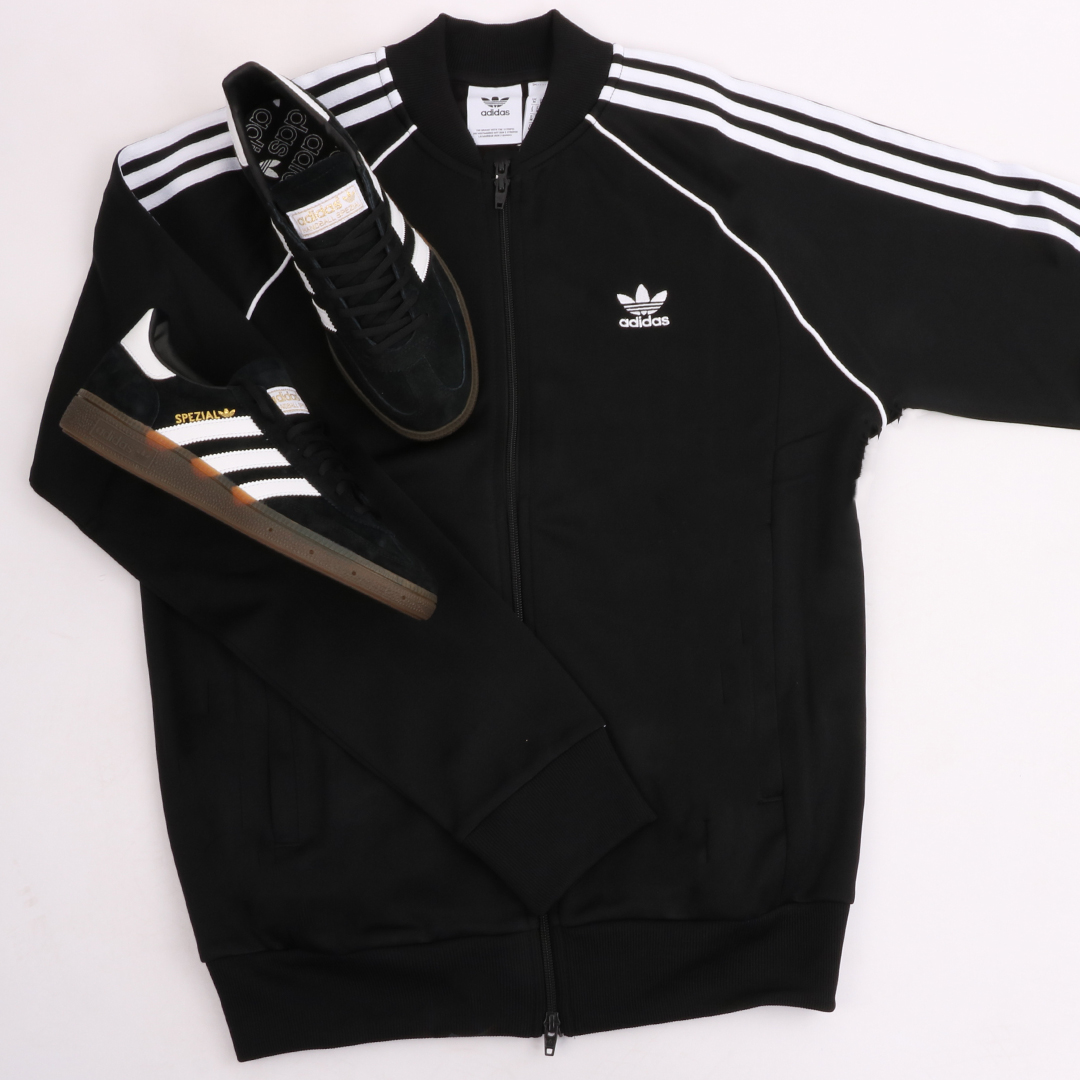 The Superstar now returns to its spiritual home in some OG colourways for the latest season. The archive track style features the signature varsity collar which is the main notable difference between the Superstar and other adi track styles like the Firebird for example. Other features include the iconic 3 stripes running down each sleeve, ribbed cuffs, original trefoil branding to the left chest and slip pockets to the front. Available colourways of the classic track style include OG bluebird, lush red, classic black & noble green. Why not team up the Superstar track top with matching Superstar track pants for that timeless 3 stripes sportswear look!