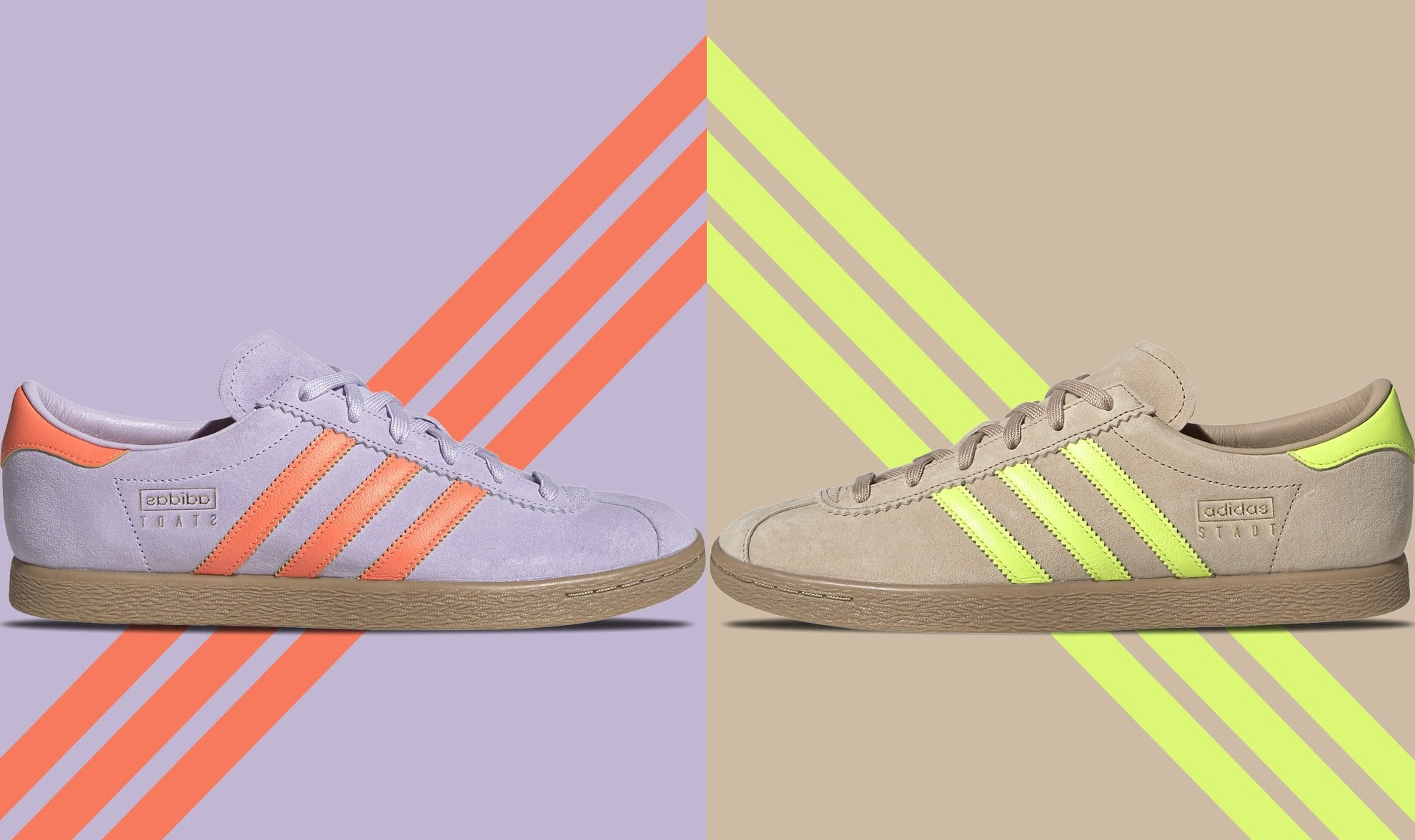 Although the adidas Stadt trainer maybe a new comer to the 3 Stripes roster, it’s inspiration goes way back to the original City Series.

Unless you have been living on the moon for the last 40 years those in the know will know the significance of the City series when it comes to classic adidas and collectable styles. The 70s & 80s saw young Casuals go absolutely mad for the City series from adidas. The German sportswear brand introduced a variety of legendary 3 stripes trainer styles named after numerous cities across the continent and further a field. Over the last 40 years, archive styles from the original City Series have become some of the most talked about and sought after adi styles of all time. The magic of the City Series was all about exclusive colourways, rarity and trainers named after cities from lands far away before the days of budget airlines and access to the world through the internet and social media. Never before had a trainer connected it’s wearer to a particular place. The Berlin, the Stockholm, the Amsterdam, the Hamburg, the Sarotoga & the Riviera, to name a few, did exactly that! 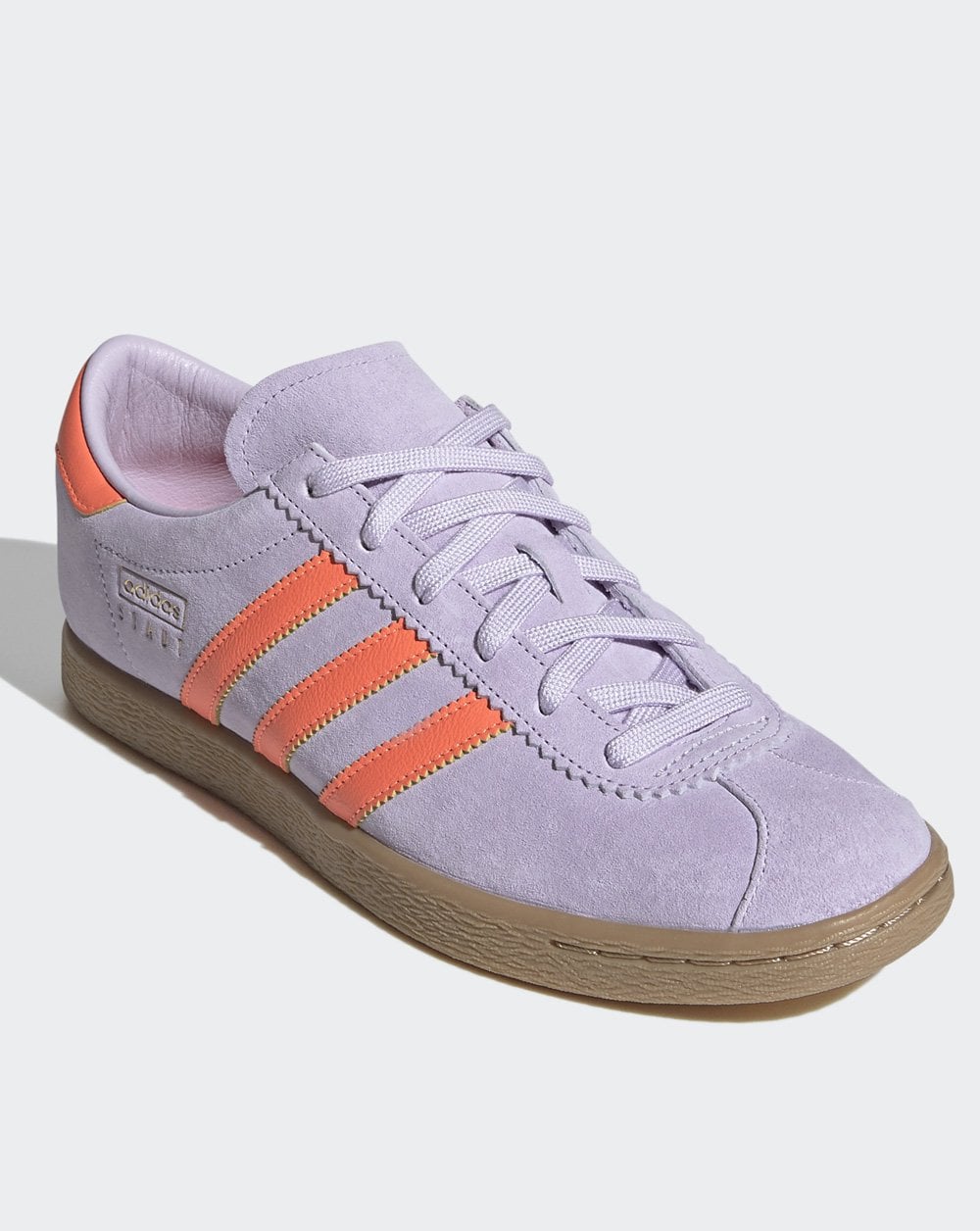 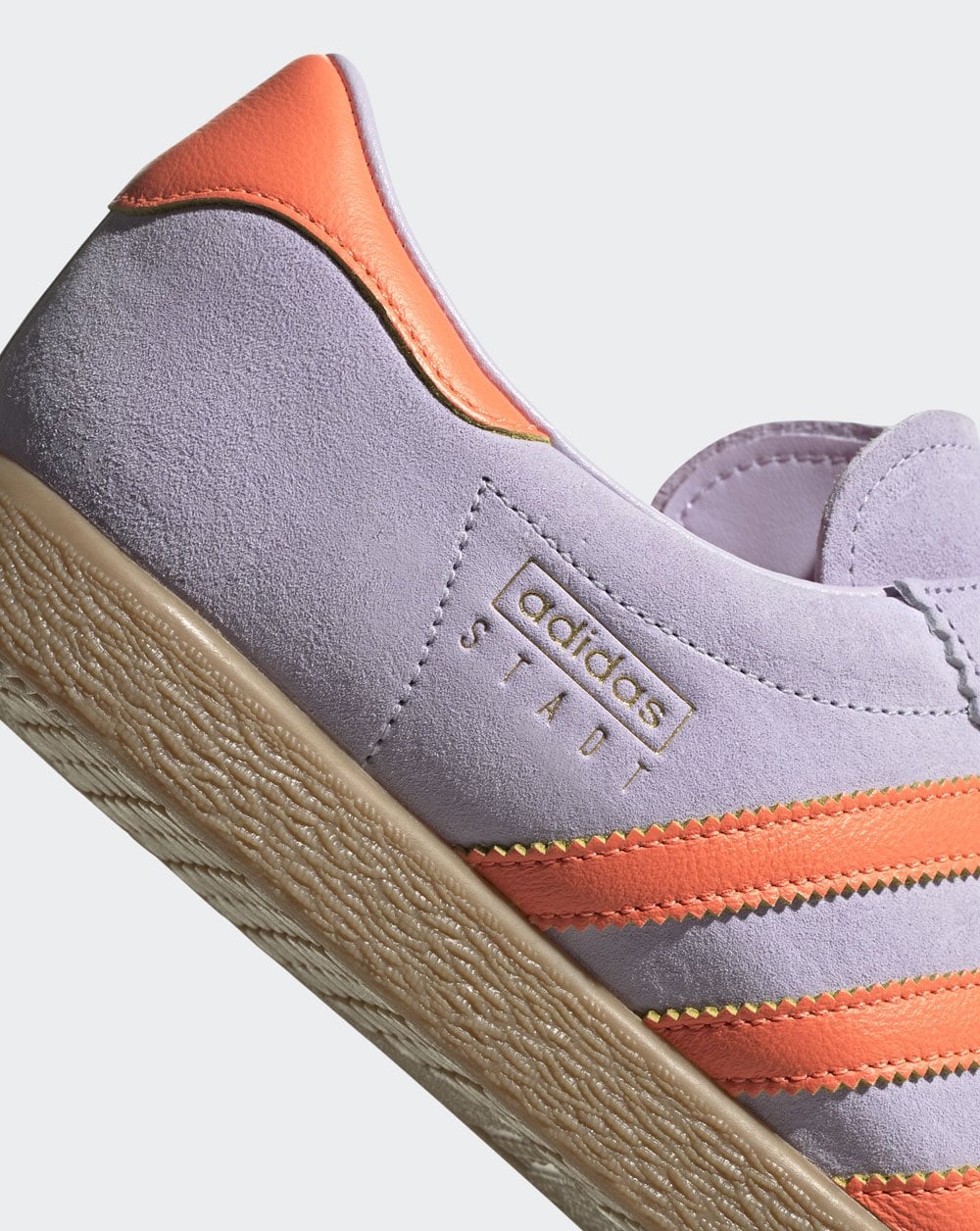 Above: The adidas Stadt trainer in soft purple/orange now available to pre-order from 80s Casual Classics.

Back in August 2019 adidas introduced the Stadt trainer to their 3 stripes roster. An archive inspired casual silhouette which looks back to the golden era of City trainers from the 70s & 80s. Stadt, which means City in German, gives a nod to these original 3 stripes ‘grails’ and draws clear inspiration from original archive designs. Although not officially part of the beloved City Series, the Stadt trainer still captures the colours and the city influences from the iconic adidas line. Those who know their Trimm Trab from their Topanga or their Berlin from their Bern are probably thinking the Stadt looks awfully familiar? Well that’s probably because it does with its uppers giving a nod to the original adidas London silhouette as well as featuring a similar style outsole to that of the adidas Tobacco. 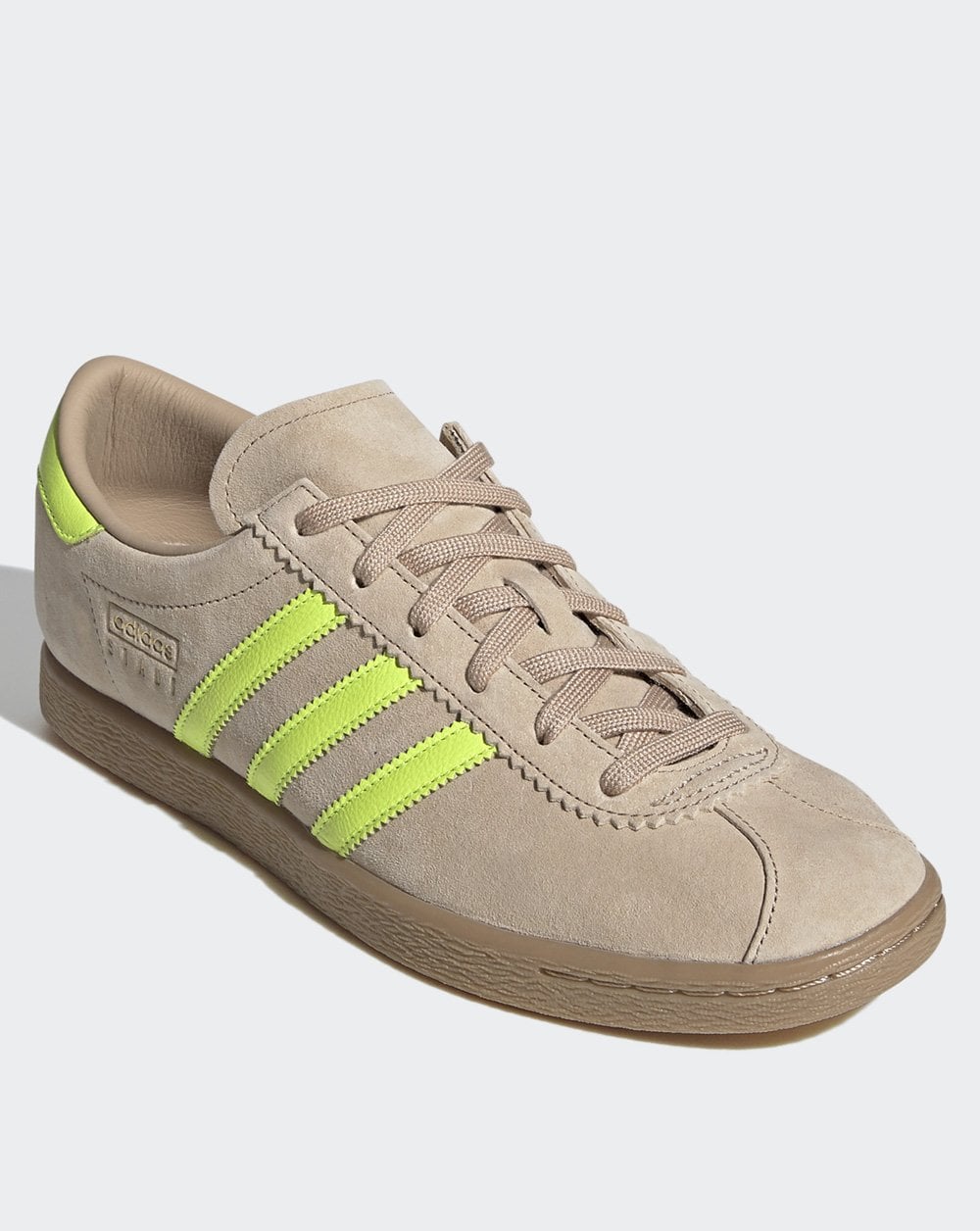 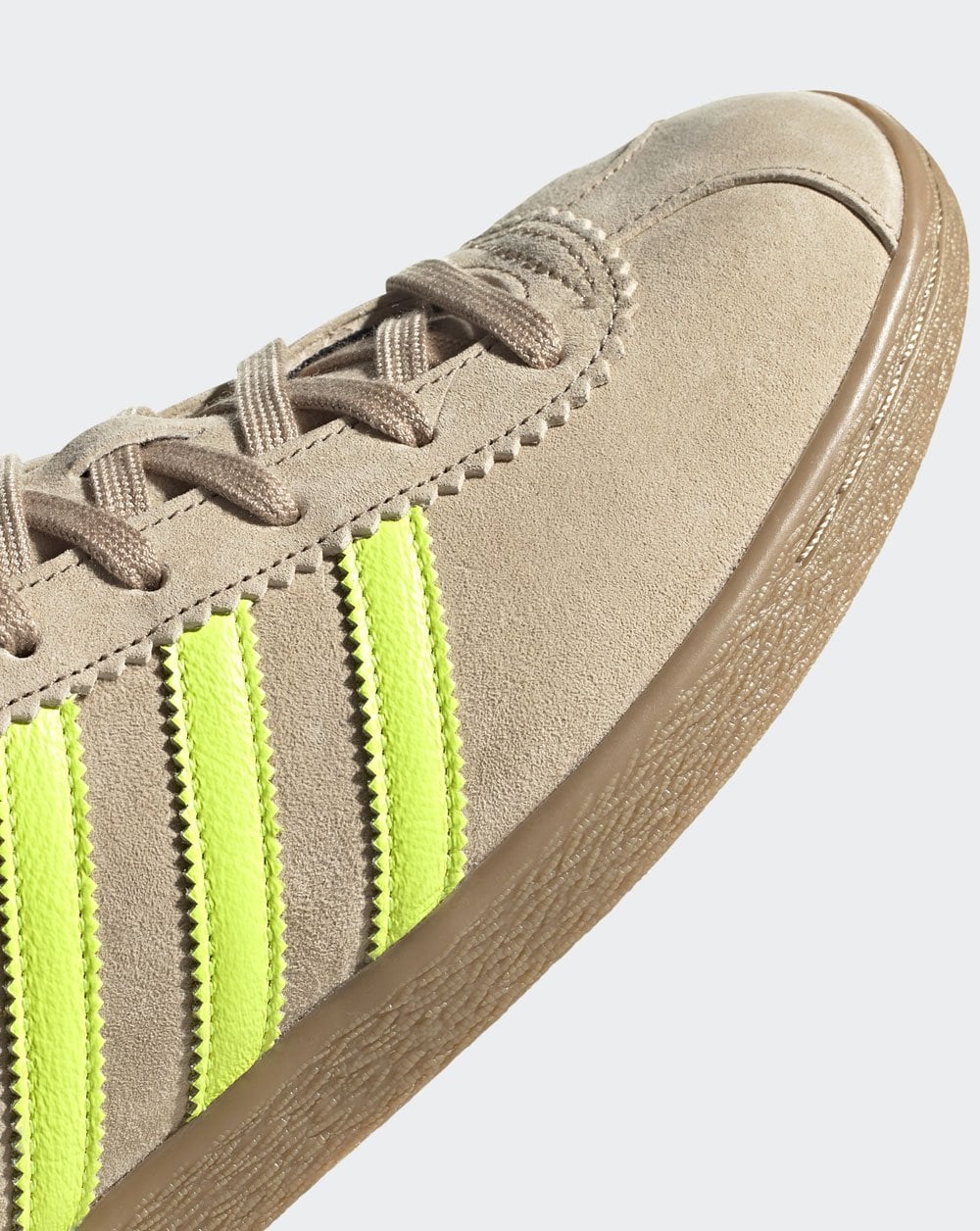 Above: The adidas Stadt trainer in sand/yellow now available to pre-order from 80s Casual Classics.

The adidas Stadt trainer is now introduced to 80s Casual Classics for the very first time and is available to pre-order for mid March 2020 delivery. Introduced in a duo of fresh new colourways which both give a nod to Amsterdam’s vibrant floating flower market in the city. Packed with all the magic of the original City Series, the Stadt features premium suede uppers in sand or soft purple with contrasting 3 stripes in fluorescent yellow or fluorescent orange. Other highlights include ‘adidas Stadt’ in gold foiling to the lateral side, trefoil branding to the heel tab & the famous t-toe detailing to the toe vamp which also featured on the likes of the Gazelle, the London and the Malmo. The adidas Stadt trainer is finished off with the iconic gum sole unit which is similar in appearance to the Tobacco. The Stadt will make a great addition to any serious adidas collectors wardrobe.