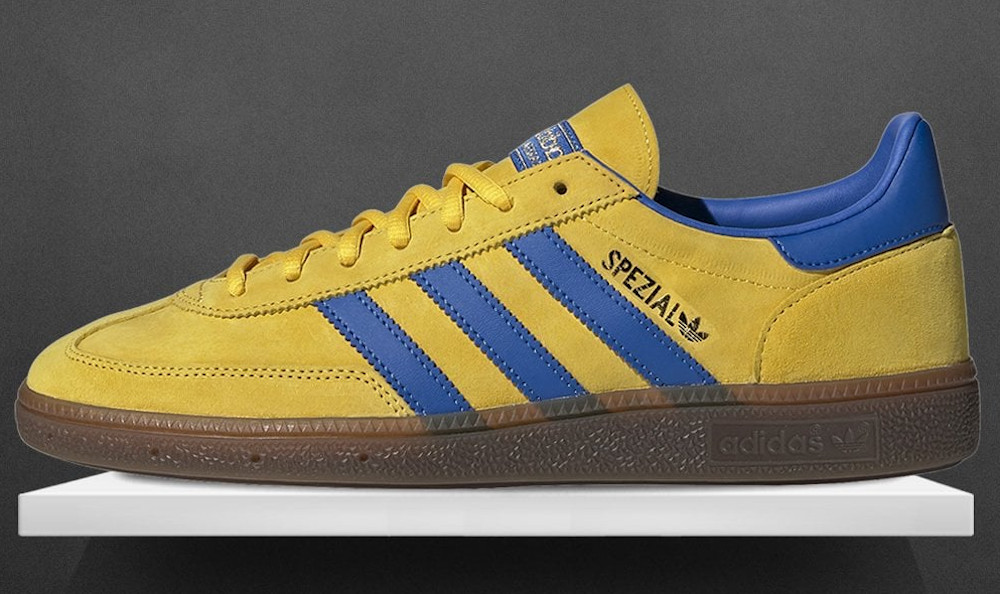 The adidas Spezial Drops In A Malmo Inspired Colourway

This latest version of the adidas Spezial trainer gives a nod to the celebrated City Series with some Malmo inspired Swedish hues.

If you have ever seen the sheer volumes of adidas trainers that some die hard adidas collectors have put together over the years then there is always one thing that stands out and that’s the variation of colourways. Exclusive colourways of classic adidas styles have become like the holy grail for adidas fans and this latest Malmo inspired adidas Spezial trainer release is exactly that. Mixing the Swedish flag inspired colourways of the iconic Malmo trainer from the original City Series of the late 70s with the very special Handball Spezial trainer from the same era, this exclusive release is a match made in 3 stripes heaven. 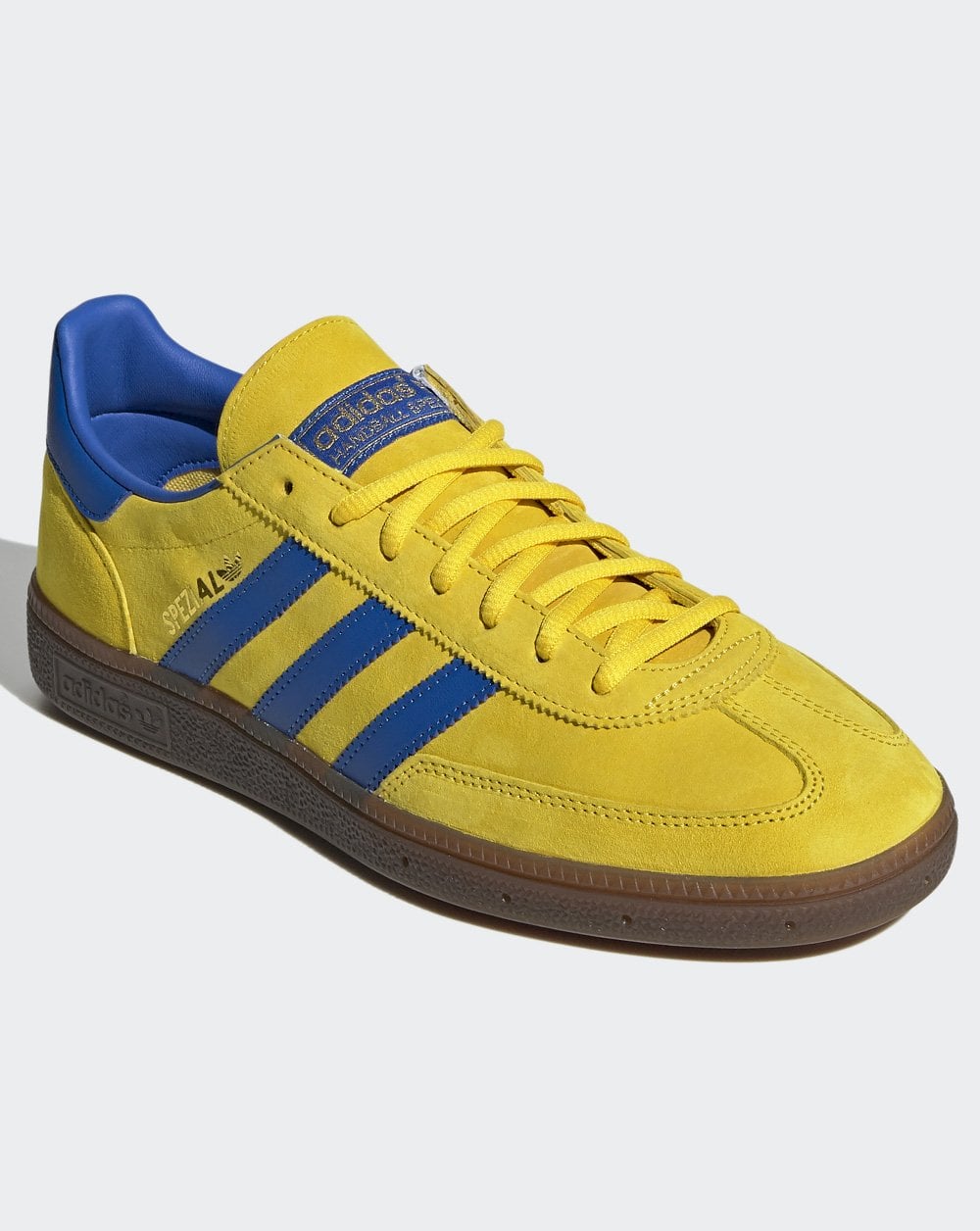 Originally introduced as a court trainer for playing handball, the Handball Spezial was all about traction & performance. Dropping in a golden era of one-upmanship & a casual obsession with all things 3 stripes, the Spezial quickly became just as popular on the terraces as it did on the indoor handball courts. The European silhouette is a dictionary definition of what adidas trainers were at the time. Built for performance & the more exclsuive the better. The Spezial ticked all these boxes and was one of the most sought after adidas trainers at the time for young casuals looking to flex their 3 stripes on the ever-changing colourful casual scene. After it’s recent revival from the German sportswear brands’ archives the adidas Spezial trainer is officially back on the 3 stripes radar. 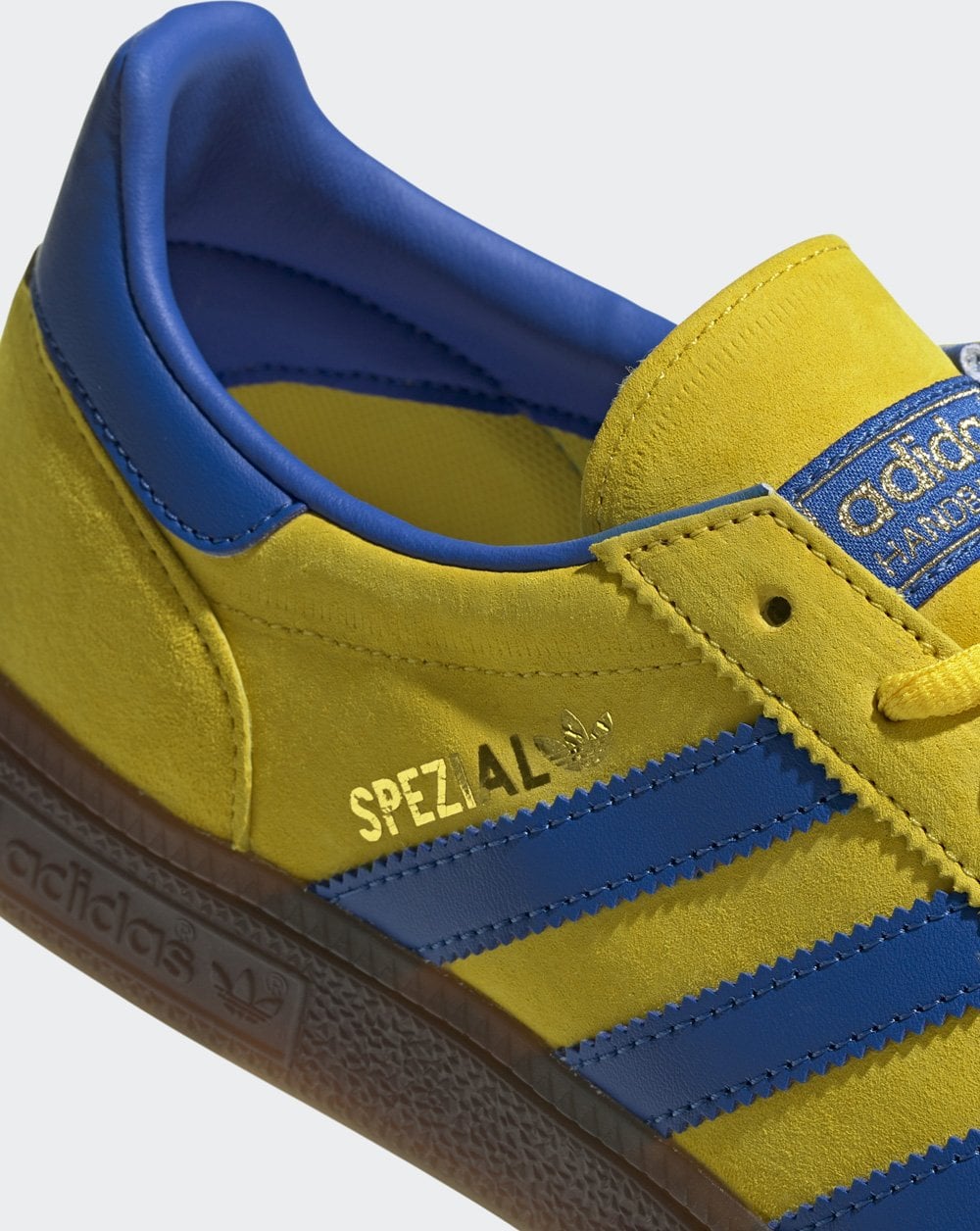 The sought after Spezial silhouette is now combined with the colourways of the Malmo trainer from the celebrated City series. Since its original release throughout the 70s & 80s the City Series has become the pinnacle of adidas trainers for collectors and 3 stripes connoisseurs. Originally released in the late 1970s the Malmo took its name from the Swedish city, which is also home to Malmo FF who were famously defeated by Nottingham Forest in the European Cup final in 1979.  The signature yellow/mustard uppers and blue stripes of the OG Malmo silhouette have become synonymous to the Swedish flag inspired trainer style. 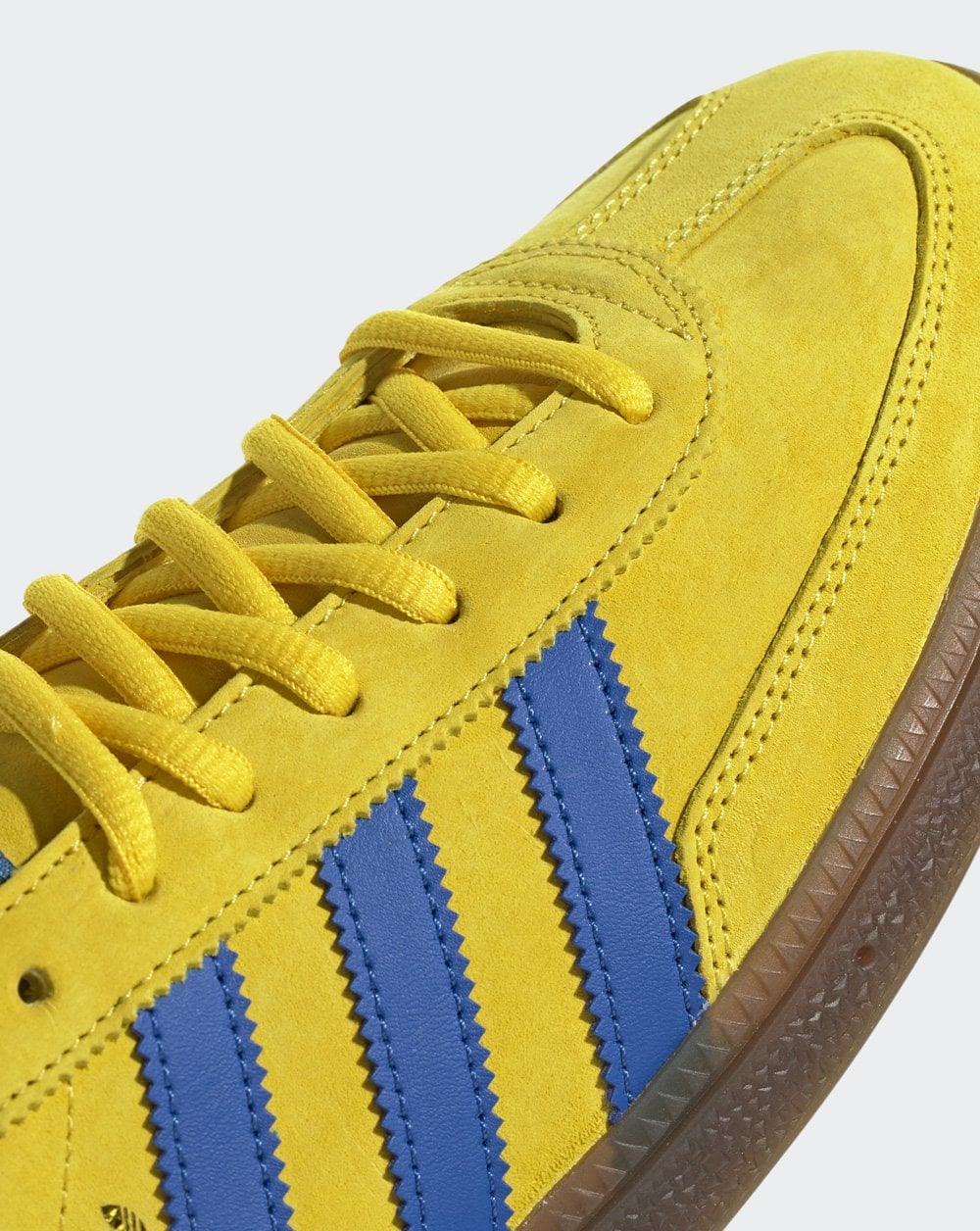 We’ve now introduced the very latest Malmo inspired adidas Spezial trainer to 80s Casual Classics. The classic casual trainer features premium nubuck uppers with contrasting 3 stripes to the side walls with a soft rubber gum outsole for that ultimate archival feel. The Handball Spezial also features ‘SPEZIAL’ in gold foiling to the sides as well the signature T-toe detailing to the toe vamp. Finally the iconic 3 stripes silhouette is finished off with original trefoil branding to the tongue and heel tab. The exclusive release is now available to pre-order from 80s Casual Classics for a mid September 2020 delivery.