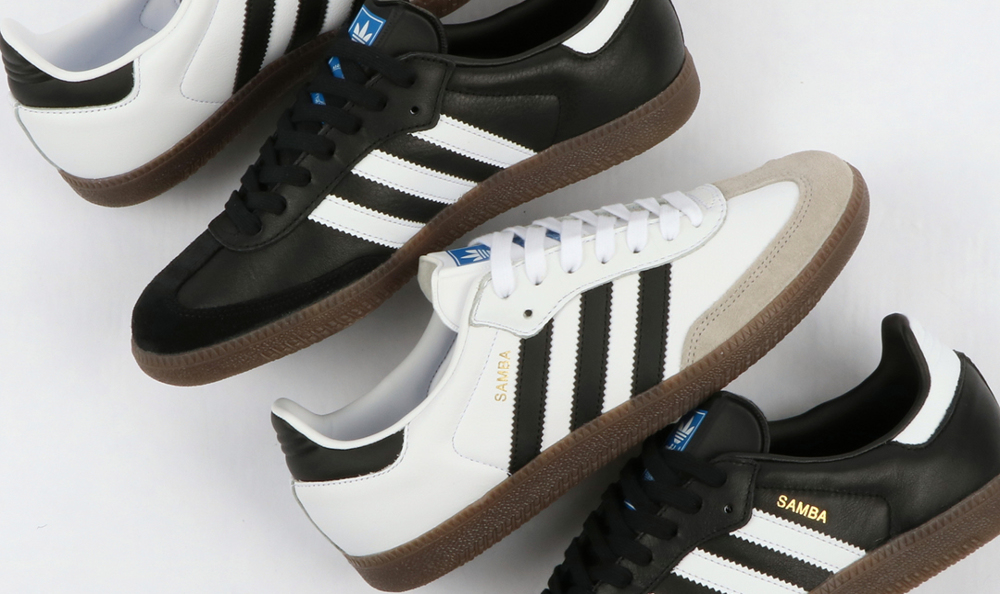 The adidas Samba has been a big hit on the ever growing trainer world pretty much since it was first released.

3 stripes connoisseurs of the world may know which exact year a certain City Series style came out from the early 80s, however even someone with a minimal trainer knowledge has heard of the Samba. Some people may argue its a popular type of Brazilian dancing however South American culture aside, the Samba is arguably one of the most well known and most celebrated 3 stripes styles of all time. What started out as football training shoe gradually made its way onto the supporters and terraces of the beautiful game becoming a timeless trainer style and earning its ‘stripes’ as an all time favourite. 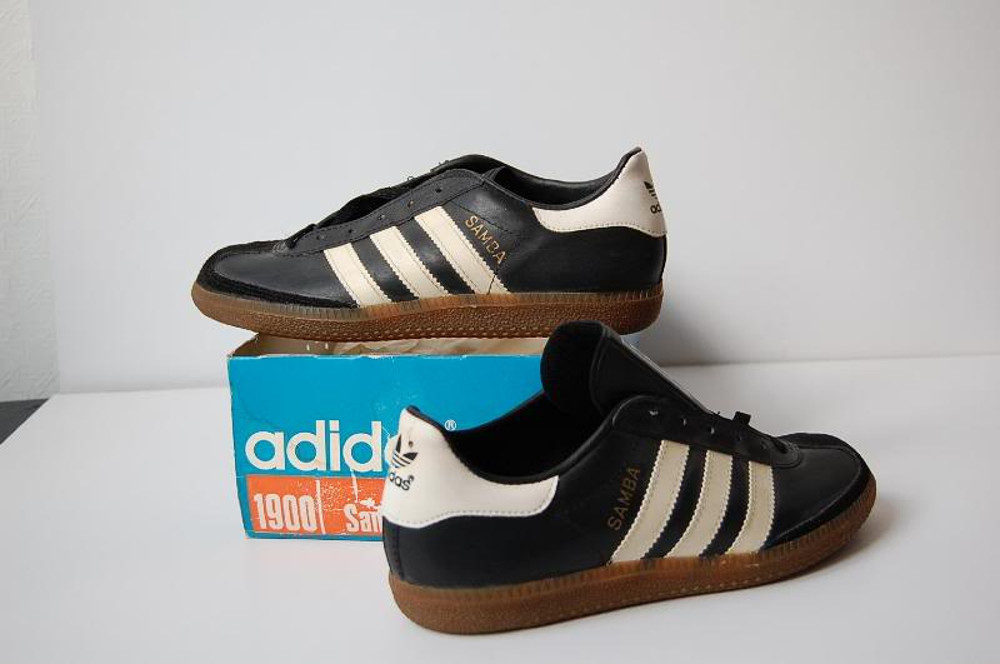 The birth child of Adi Dassler himself, the Samba was originally designed as a football training shoe with its signature gum sole to aid better control in foul weather conditions. From the local 5-a side court to professional training level, the Samba became one of the most respected in door training shoes for its almost ‘bomb proof’ design and structure. It wasn’t just the footballers of the era who realised that the Samba looked just as cool off the pitch as it did on, with a new wave of casuals and dressers quickly turning the Samba into a terrace attire must have. Its significance to the whole casual look still remains key to this day with its timeless style, still highly regarded as one of the greatest 3 stripes releases of all time. Whether you were an original dresser from the 80’s, are an avid 3 stripes collector or someone who is just starting to explore the world of trainers, the Samba will continue to be up there as an all time classic as long as there is adidas. 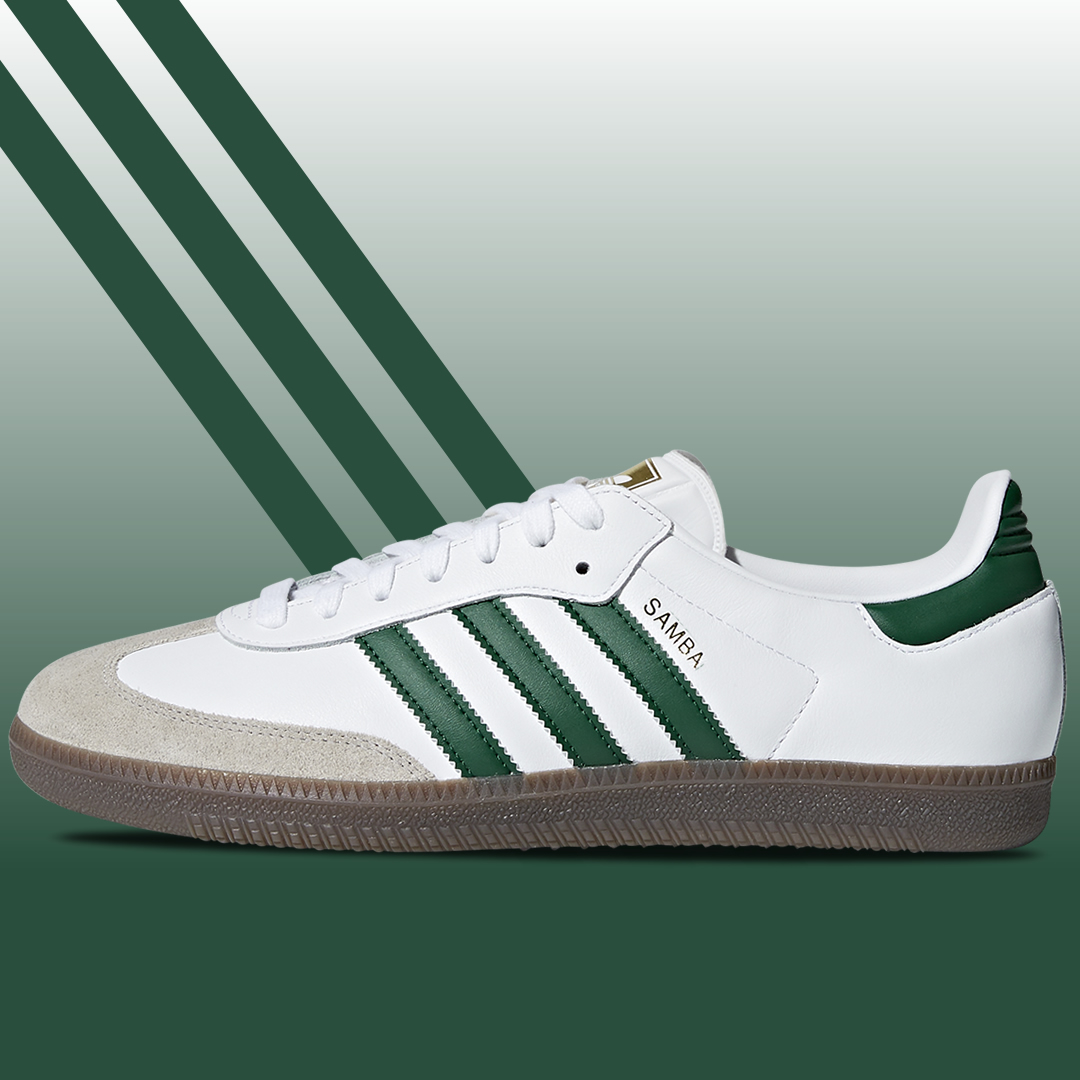 We’ve got some really exciting leather versions and colourways available to pre-order for January 2018 delivery of the adidas Samba OG trainer at 80s Casual Classics. First of all the Samba gets treated to some classic City Series colourways of the Dublin with a blue and orange version. Also available to pre-order are the Mystery Brown and White/Green versions all featuring that signature gum sole unit and contrasting 3 stripes and heel tab. If its all time classic Samba you’re after we’ve also got the OG black/white version for some of them classic Adi Dassler trainer vibes. 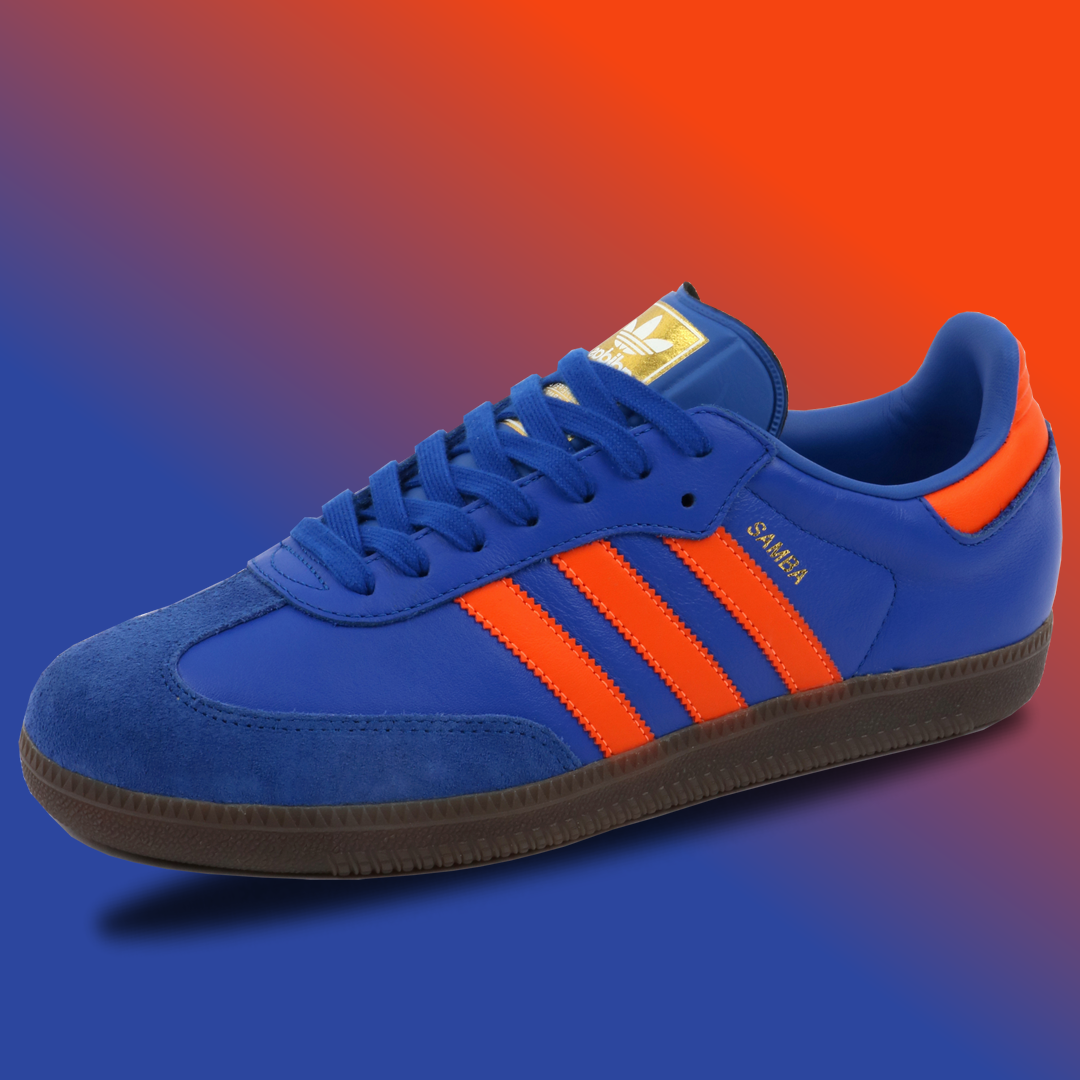 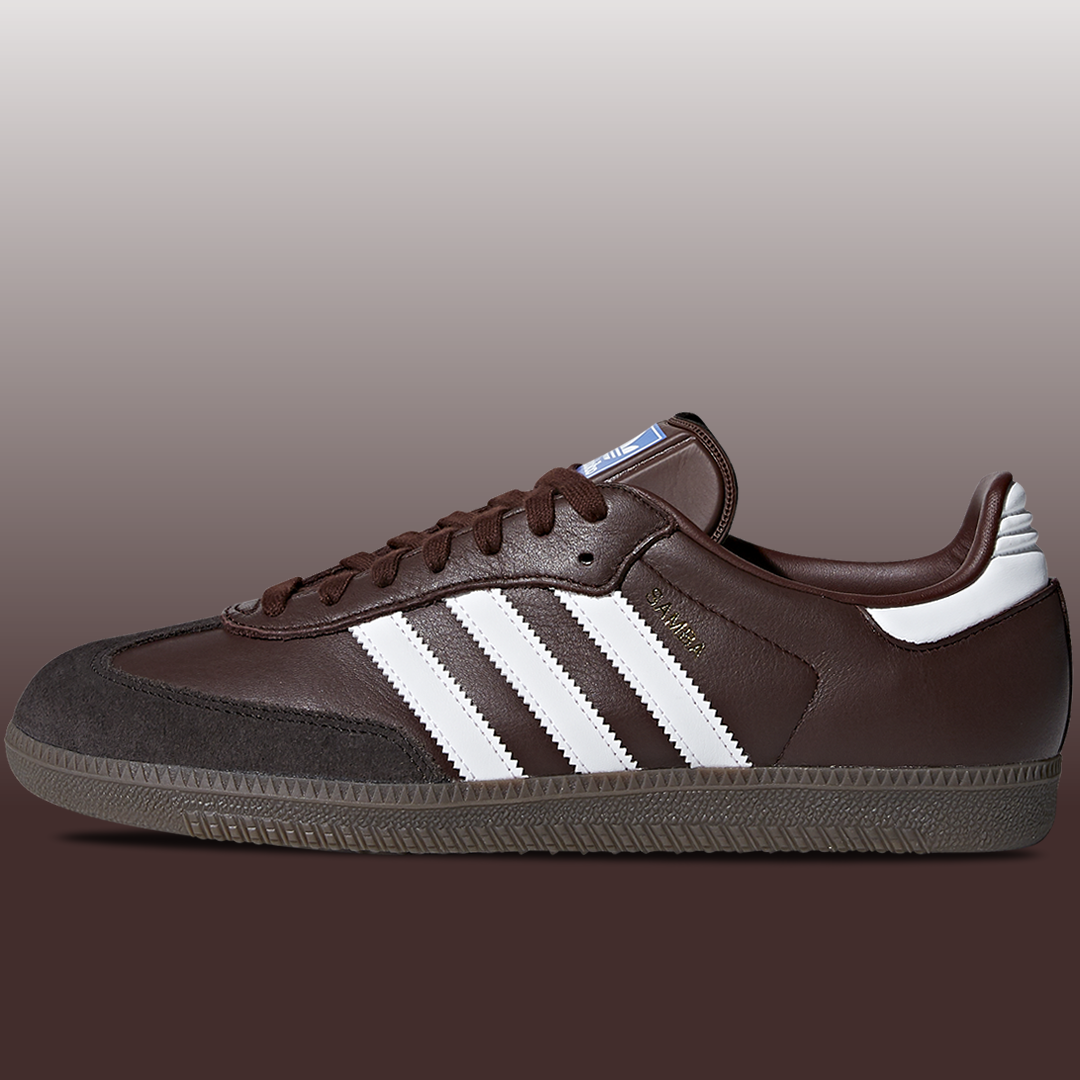