X
This site uses cookies to provide and improve your shopping experience. If you want to benefit from this improved service, please opt-in.
More Info
Accept Cookies
80's Casual Classics80's CC NostalgiaEverything You Need To Know About The adidas Padiham Trainer
Menu 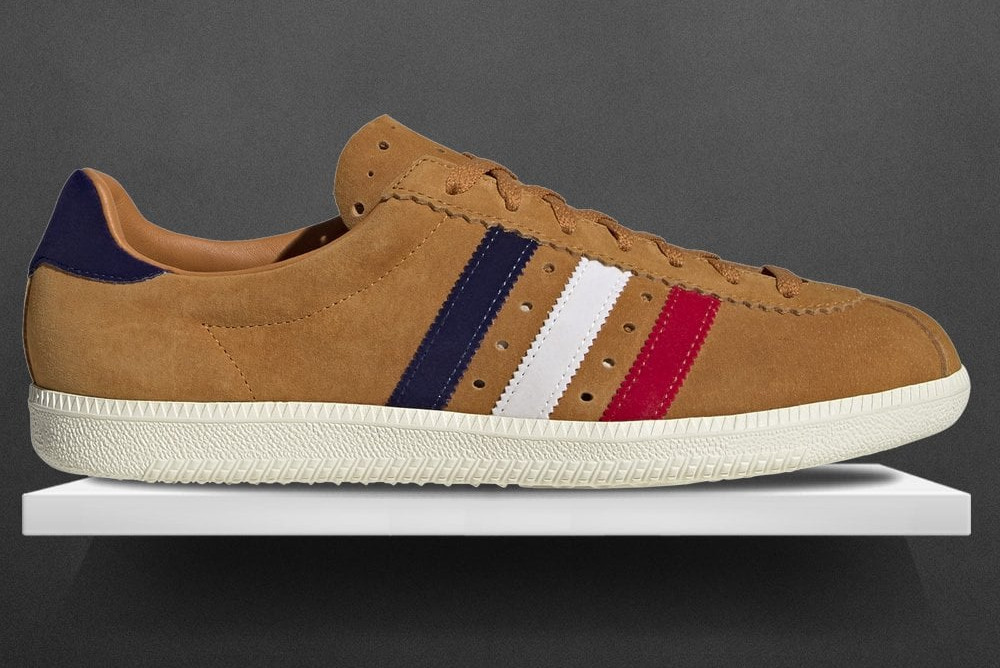 Everything You Need To Know About The adidas Padiham Trainer

Taking its name from the East Lancashire town just outside Burnley, the adidas Padiham trainer now arrives at 80s Casual Classics in all its 3 stripes glory.

Although the adidas Padiham trainer is a relatively new release, the story of adidas trainers & the casual nostalgia attached to these specific styles will never grow old. It’s like a biblical tale of good vs evil, well maybe not so extreme as that, but the point here is the story is so significant to adidas collectors & enthusiasts. How did a shoe that was suppose to be worn on the handball or tennis court suddenly become the in thing to wear with jeans on the terraces in the early 80s or at an illegal rave somewhere in the Pennines in the late 80s. When you look back now at the late 70s, when the casual subculture really started to gain momentum, the casuals were absolutely light years ahead of their time as far as fashion was concerned. The majority of people were still firmly stuck in the 1970s with big disco style collars, garish colours & bellbottoms that came up to your armpits. The casuals changed all that. They were one of the first subcultures to introduce a new sportswear led style that would later lead to “sneaker culture” as we know it today. It was all about having the most exclusive adidas trainers you could physically get your hands on. 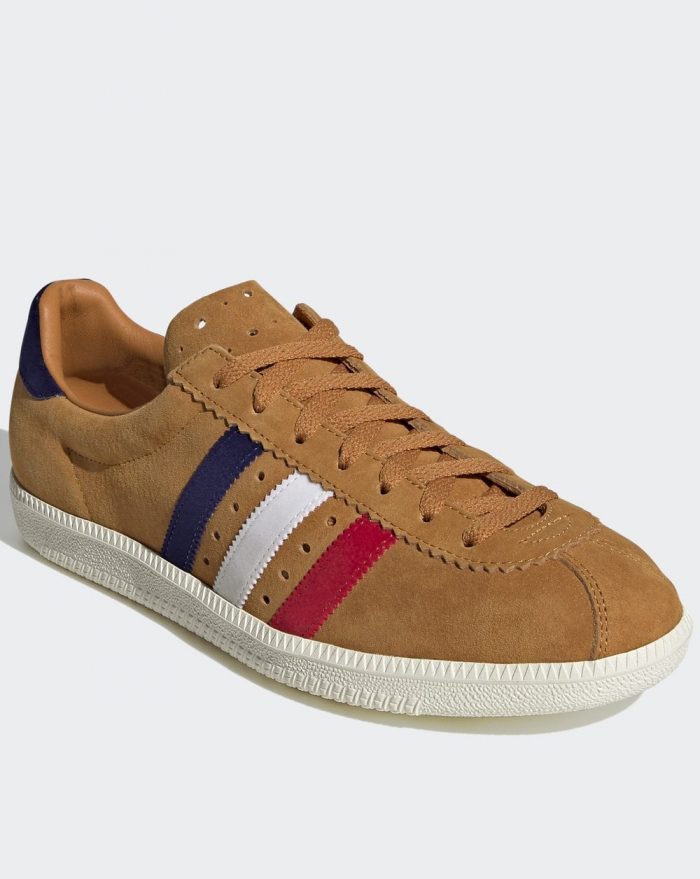 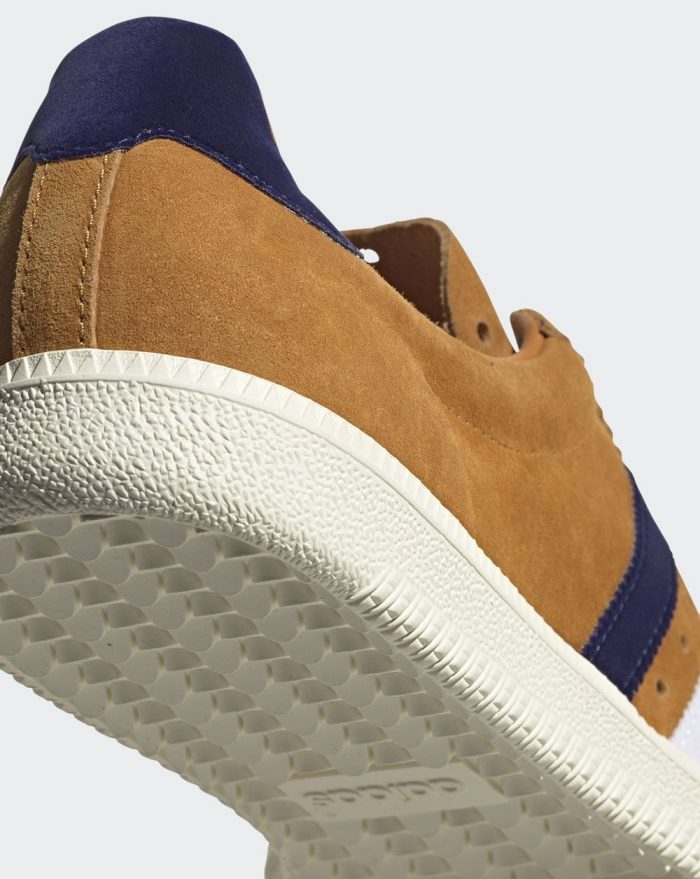 Above: The adidas Padiham trainer in ‘golden brown’ available now to pre-order from 80s Casual Classics.

Although not an original silhouette from the casual heydays of the 1980s, the adidas Padiham trainer celebrates all the casual camaraderie, one-upmanship & 3 stripes nostalgia we’ve all probably become a little bit too obsessed with over the years. First introduced as part of Gary Aspden’s SPEZIAL line in 2018, the Padiham trainer take its name from the East Lancashire town just outside Burnley. The North West region in particular became huge during the late 1980s Acid House & illegal rave scene thanks to all the empty factories & mills as British manufacturing collapsed towards the end of the 20th century. 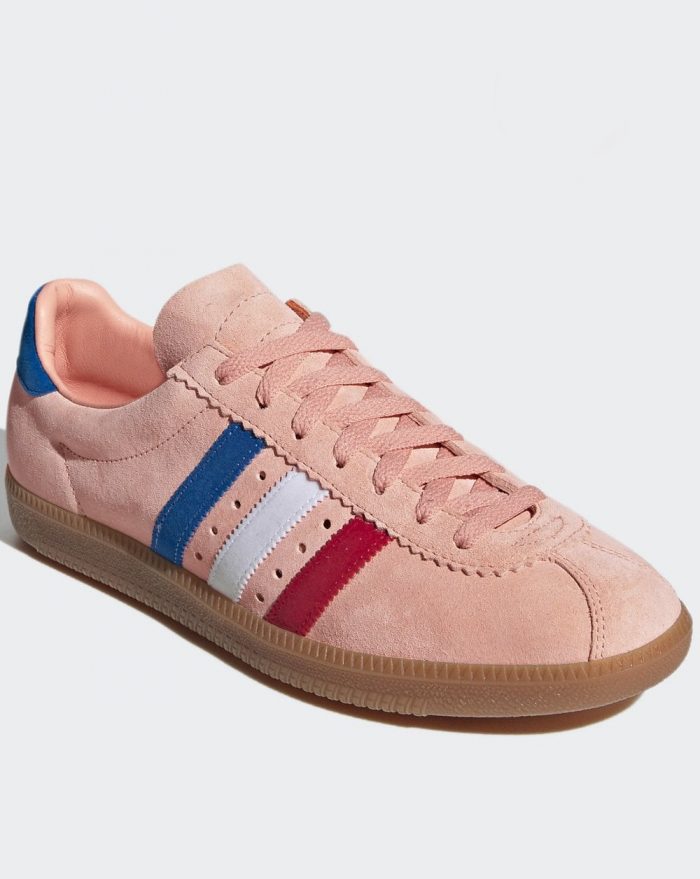 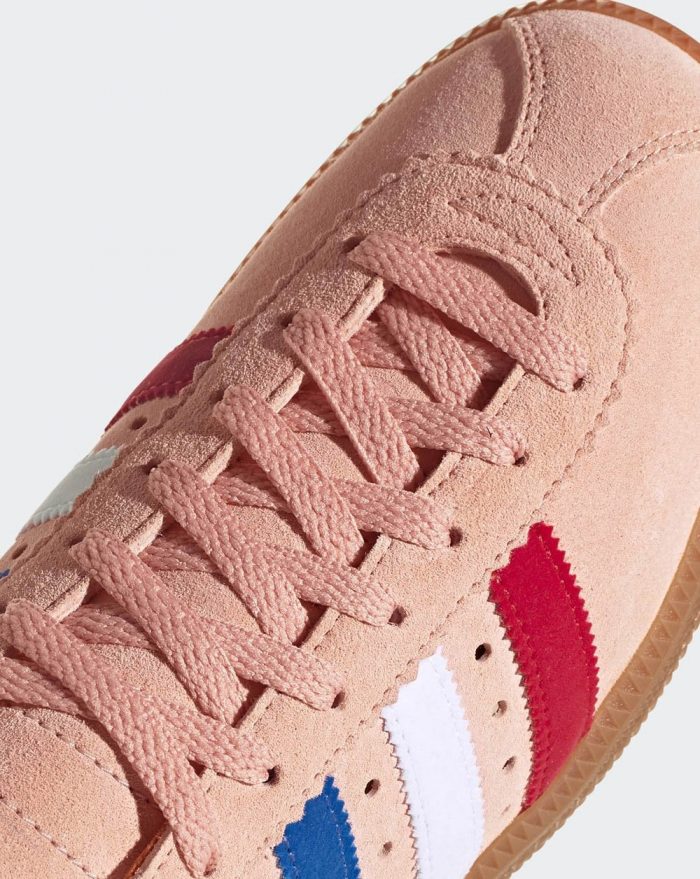 Above: The adidas Padiham trainer in ‘glow pink’ available now to pre-order from 80s Casual Classics.

The adidas Padiham trainer draws its main inspiration from OG AS styles & other indoor court styles from the adidas archives from the 1970s & 80s. With features likes a shortened toe box & slightly larger perforations in between the 3 stripes, the style adds its own little touches to the traditional gum soled suede adidas trainer. Now arriving at 80s Casual Classics for the latest season in a duo of fresh colourways which includes ‘golden brown’ & ‘glow pink’ the Padiham is a must have addition to your 3 stripes collection. Highlights include suede uppers with colourway inspiration from vintage cycling jerseys, leather 3 stripes to each side with perforations to the sidewalls & tongue. The OG inspired silhouette is finished off with the signature gum sole unot alongisde a shortened T-toe to the toe box. The adidas Padiham trainer is available to pre-order now from 80s Casual Classics.