X
This site uses cookies to provide and improve your shopping experience. If you want to benefit from this improved service, please opt-in.
More Info
Accept Cookies
80's Casual Classics80's CC NostalgiaEverything You Need To Know About The adidas Orion Trainer
Menu 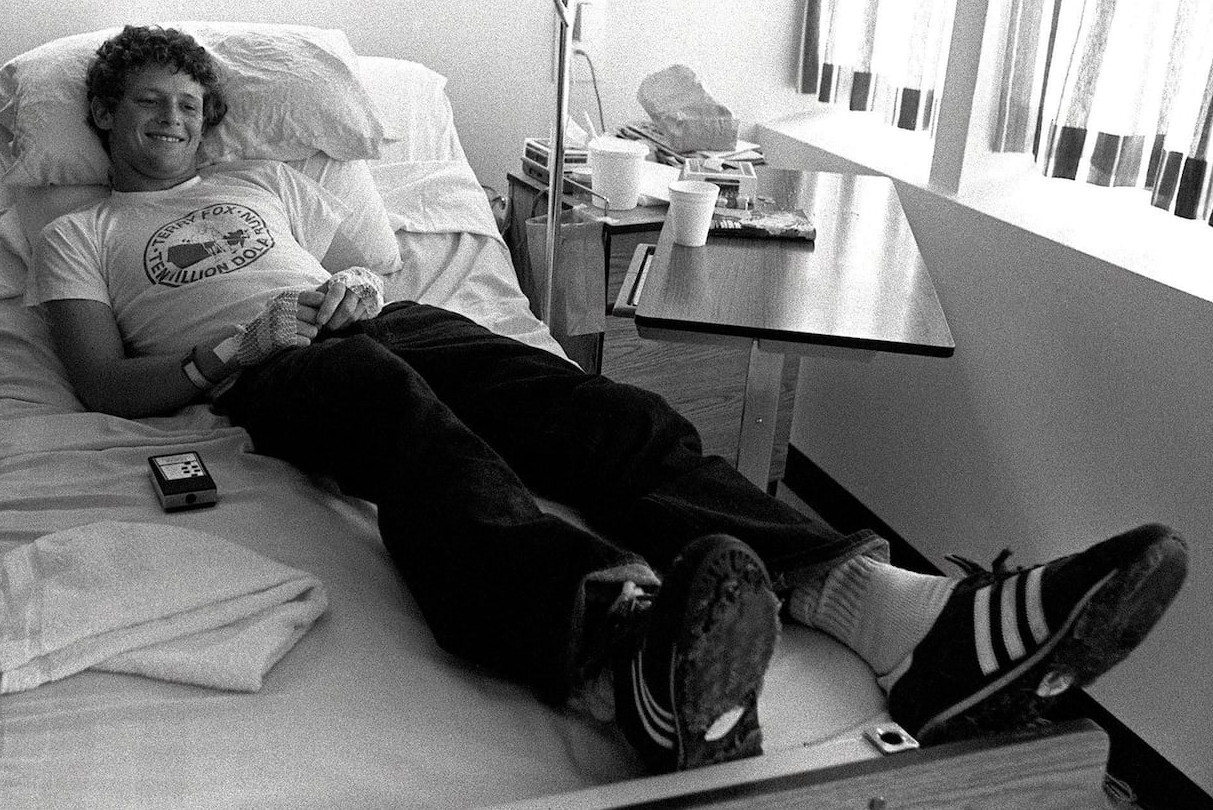 Everything You Need To Know About The adidas Orion Trainer

The adidas Orion trainer was worn by the Canadian athlete, Terry Fox, during the ‘Marathon of Hope’ in 1980 to raise awareness of cancer.

Just like a lot of the great adidas trainers from the 1970s & 80s there’s usually a story behind them. A heritage that modern day releases just simply cannot compete with. Performance shoes designed for a range of sports such as running, football, handball or tennis, the golden era marked some of the greatest 3 stripes trainers of all time. In the case of the adidas Orion trainer it’s a story of charity, commitment & a Canadian hero who took an adidas running trainer and turned it into an icon. That Canadian hero was Terry Fox. 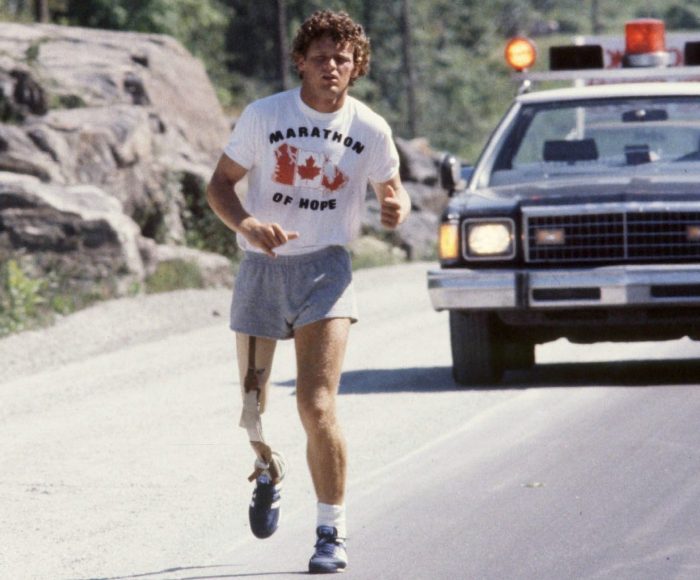 Above: Terry Fox running the ‘Marathon of Hope’ in 1980 wearing a pair of adidas Orion trainers.

Terry Fox was a competitive basketball player that sadly lost his leg to Osteosarcoma, a form of cancer which was found on his right knee. With minimal funding for the disease at the time, Fox set about to raise awareness. He started running marathons and with the support of the crowds who saw his amputated leg he set the gruelling challenge to run the entire width of Canada from East coast to West coast.  Working with the Canadian Cancer Society, Fox also reached out to adidas who helped the athlete with 26 pairs of their Orion running trainer. The Marathon of Hope inspired a nation. Fox raised a staggering $1.7 million & ran a total of 3,339 miles before his cancer sadly returned. The story of Fox and the adidas Orion trainer was like nothing else the trainer world had seen before. 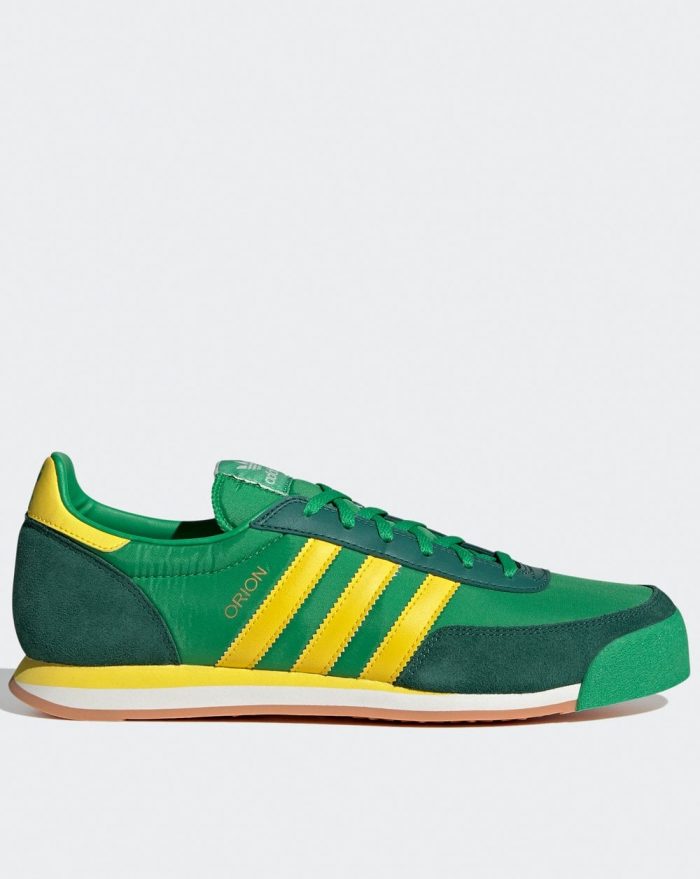 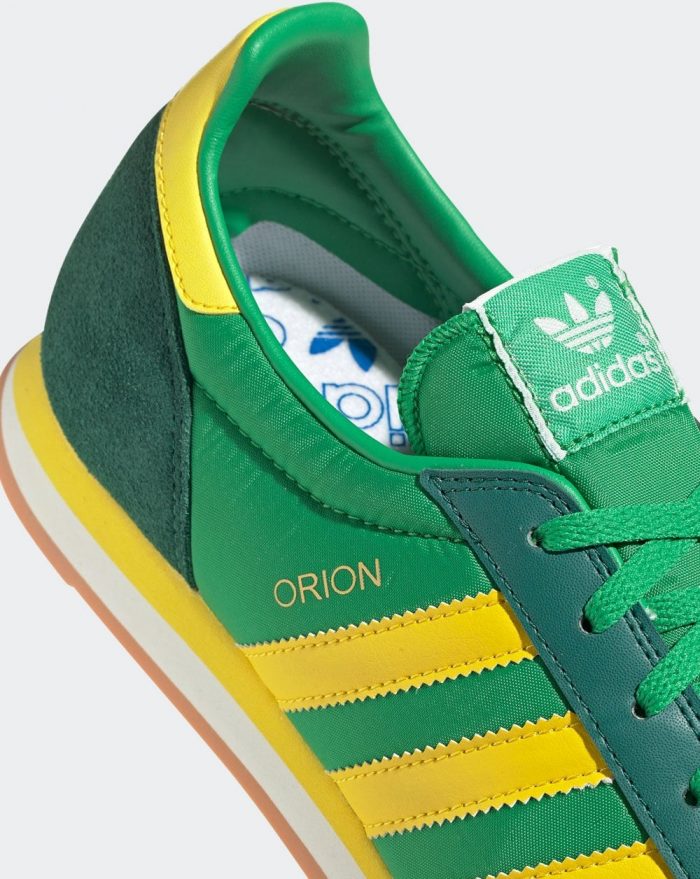 Above: The adidas Orion trainer in vivid green/yellow now available to pre-order from 80s Casual Classics.

If there’s one thing the German sportswear brand knows a thing or two about it’s running shoes. The adidas Orion first came on the 3 stripes scene back in the late 1970s. Before the days of the Oregon, the New York & the ZX line, the Orion had already set the benchmark as far as running trainers were concerned. It featured a lightweight nylon upper with added suede to the toe and heel for support as well as a rubber toe cap for added stability. The midsole featured different densities of materials for increased shock absorbency underfoot. 2020 marked the 40th anniversary of the ‘Marathon of Hope’, in celebration of Terry Fox and his commitment to the Canadian Cancer society, adidas revived the retro runner from the Herzogenaurach archives. 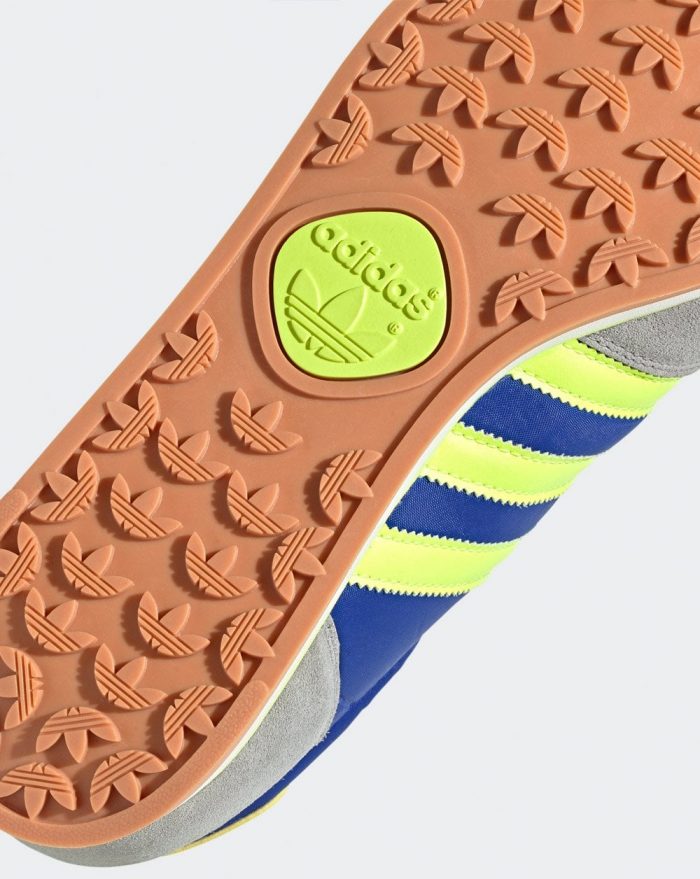 The OG runner now arrives at 80s Casual Classics in a selection of classic adi colourways such as vivid green/yellow & royal blue/solar yellow. Featuring lightweight suede & nylon uppers with contrasting 3 stripes & classic trefoil branding to the heel for that classic adi aesthetic. With an EVA midsole for added all day comfort, the Orion is packed full of 3 stripes running heritage. The adidas Orion trainer is available now to pre-order from 80s Casual Classics for May 2021 delivery.