X
This site uses cookies to provide and improve your shopping experience. If you want to benefit from this improved service, please opt-in.
More Info
Accept Cookies
80's Casual ClassicsTrainersWe’ve Got Even More Colourways Of The adidas New York Trainer Arriving At 80s CC
Menu 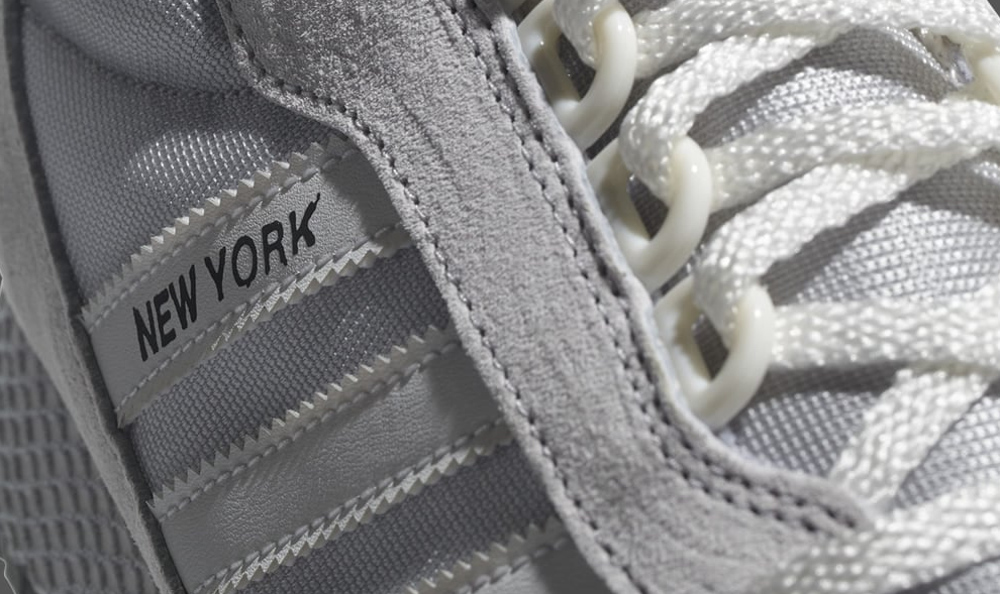 The adidas New York trainer has already gone down a storm at 80s Casual Classics and we’ve got even more colours available to pre-order.

The adidas New York trainer has become somewhat of an icon to the 3 stripes collectors of the world, packing more nostalgia and running heritage than your average silhouette. The highly celebrated Cities series took its names from European cities, with the 3 stripes brand also introducing the North American Cities Series throughout the 1980s which included the Boston Super, Dallas, Atlanta and New York trainers. Each trainer celebrated each cities running heritage with the latest running technology of the 80s era with the New York first originating back in 1983. As far as classic 3 stripes runners go, you’ll struggle to find much better than the likes of the New York, recently revived from the adidas archive and now back in OG format. 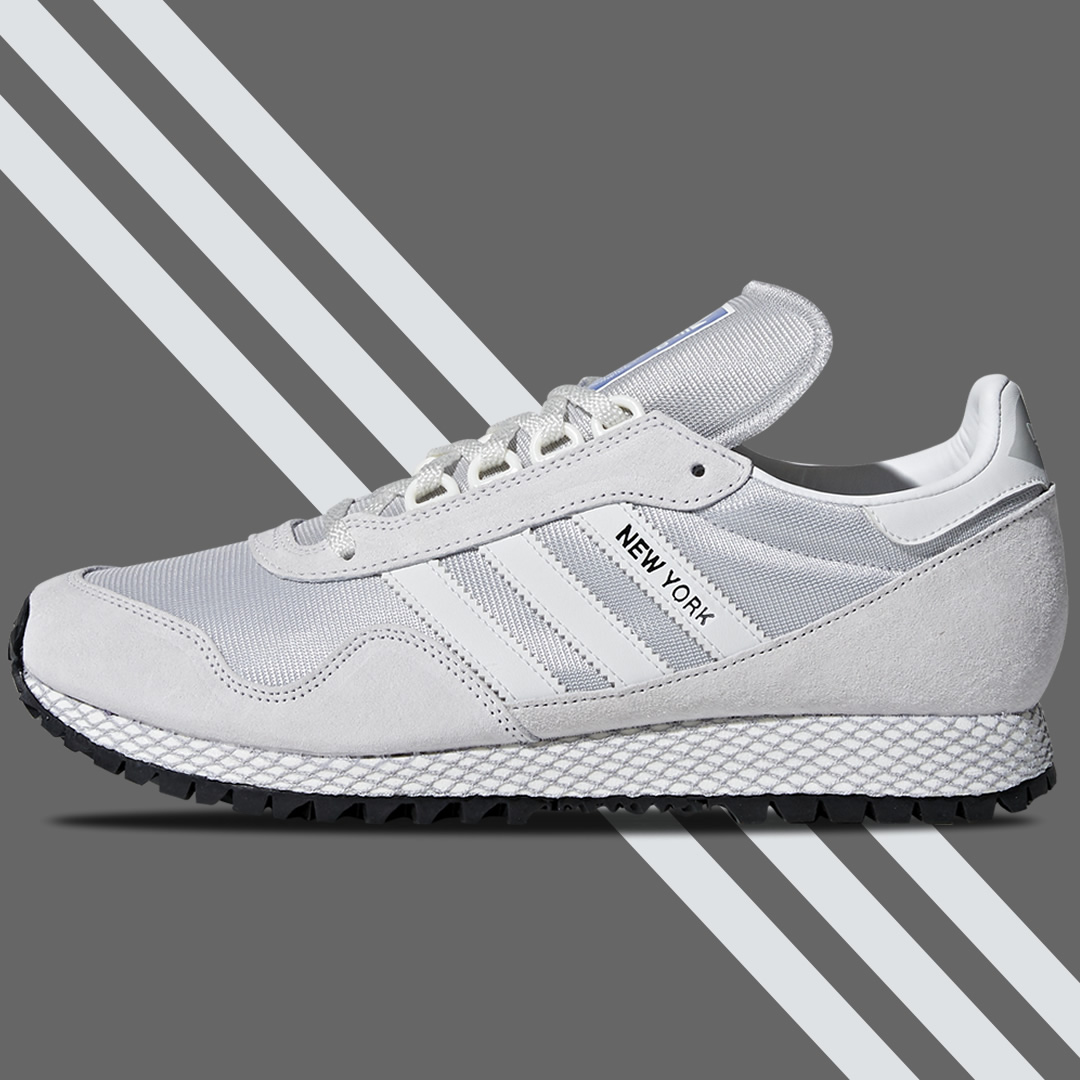 Above: The adidas New York Trainer in crystal white/grey now available to pre-order for April delivery.

For April 2018, the much loved retro runner makes a return in some fresh new colourways following on from the recent success of the New York revival. The classic archive style is brought back in true OG form with all the chareteristics of the original style, updated for the modern wearers and collectors. Features include lightweight mesh uppers with nubuck overlays and of course the signature Dellinger web detailing to the midsole. The Dellinger web system was originally designed in collaboration with the 1984 USA Olympics team running coach, Bill Dellinger. First introduced in 1983, the revolutionary trainer technology featured to the midsole and absorbed the heel impact across the entire sole, allowing the wearer to transfer more energy back into each step. 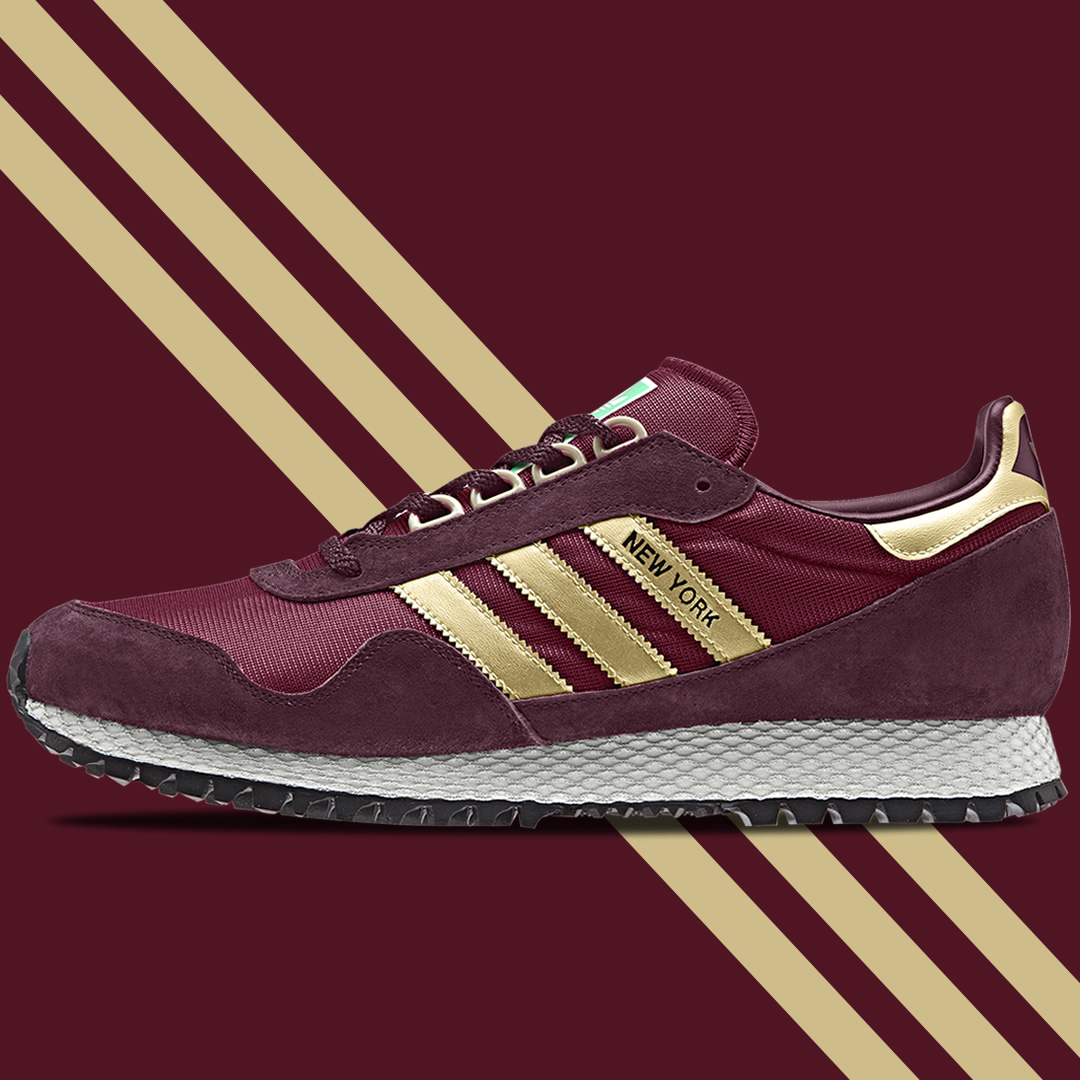 Above: The adidas New York Trainer in maroon/burgundy/gold available to pre-order for April delivery.

Other little performance features include an OrthoLite® sockliner giving a nod to the trainers running heritage as well as the Ghillie lacing system, which was also introduced on other 3 stripes classic styles from the era. Finally the trainer is stamped with the famous 3 stripes down the sides and original trefoil branding to the tongue. If it classic archive adi’ that’s your thing, then look no further than the New York trainer. 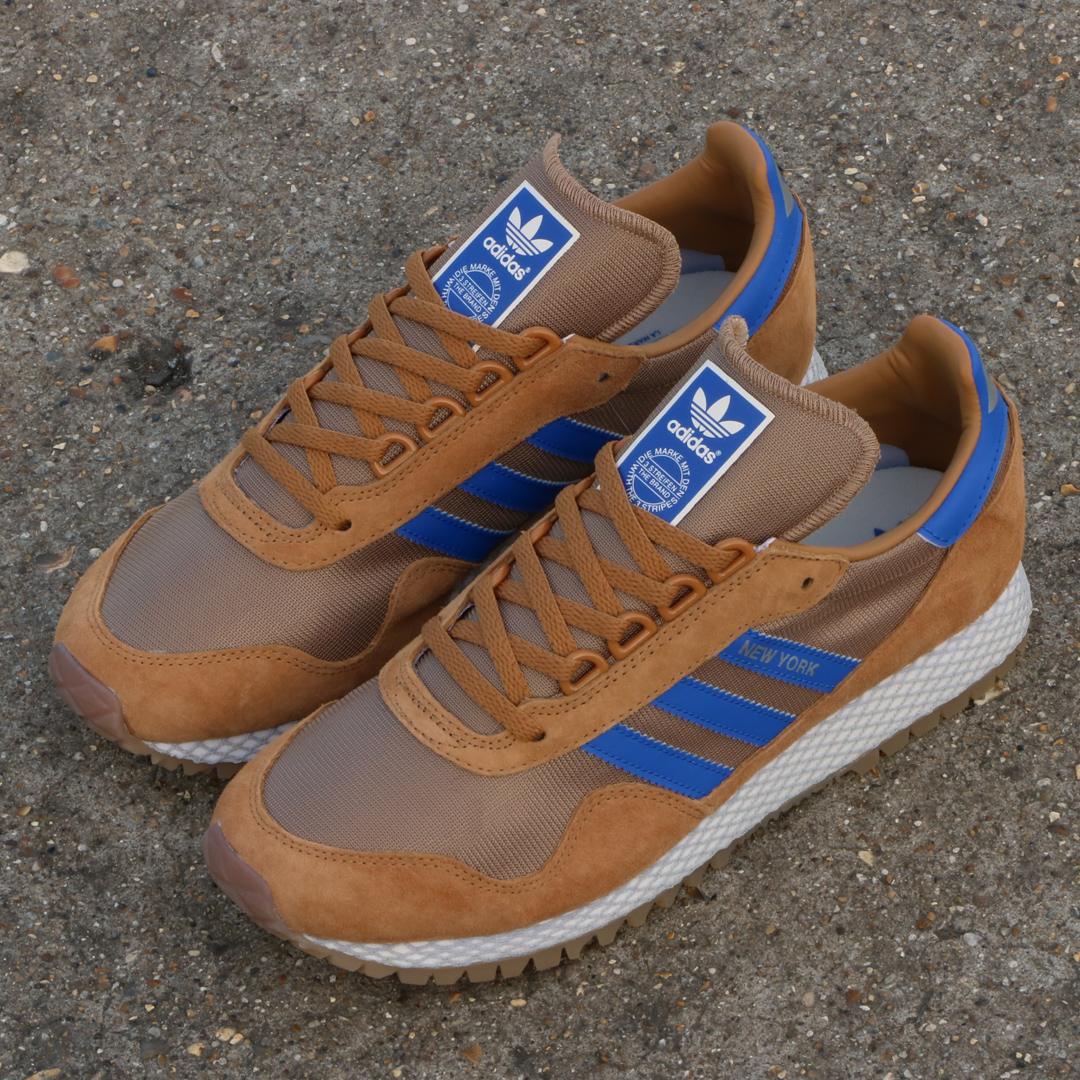 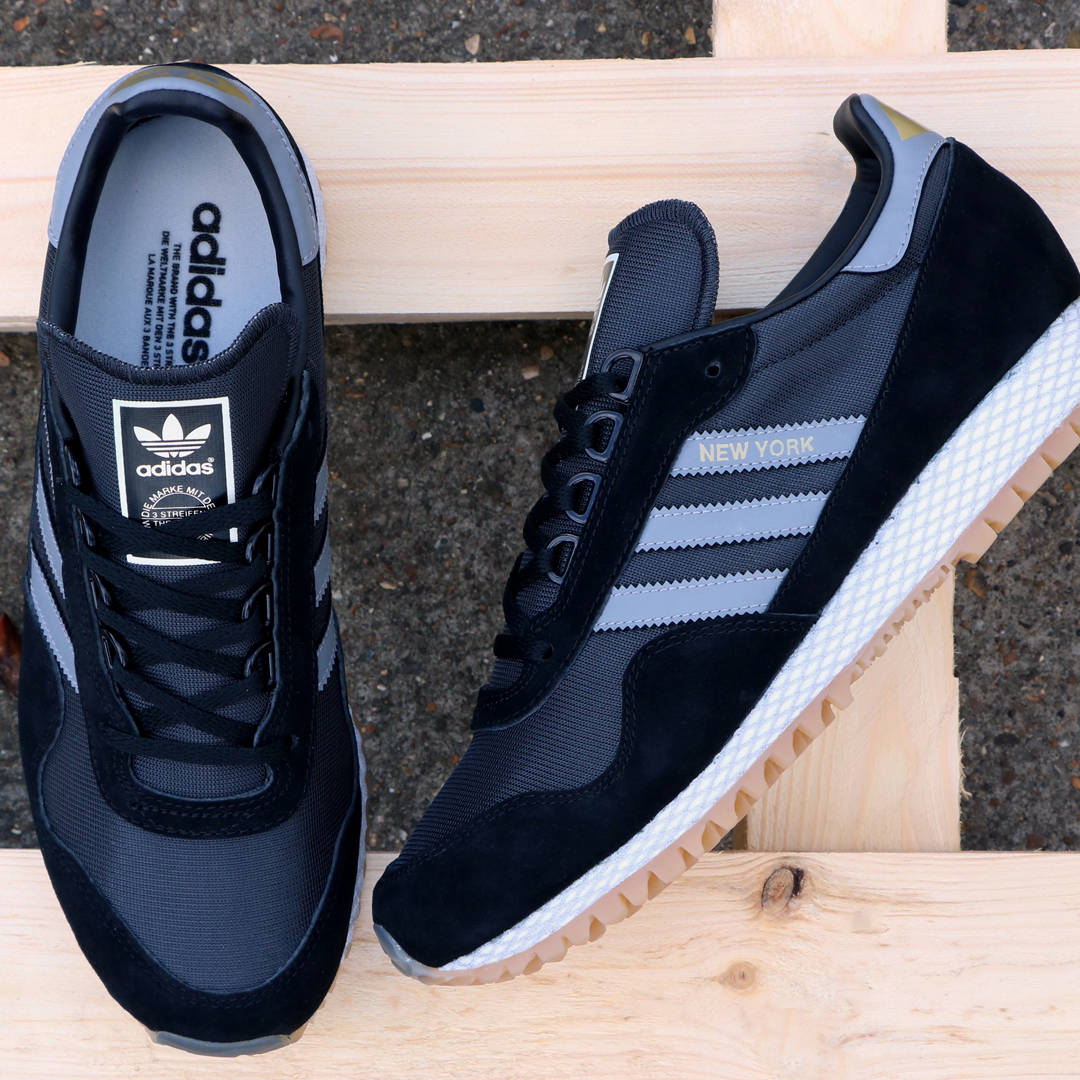