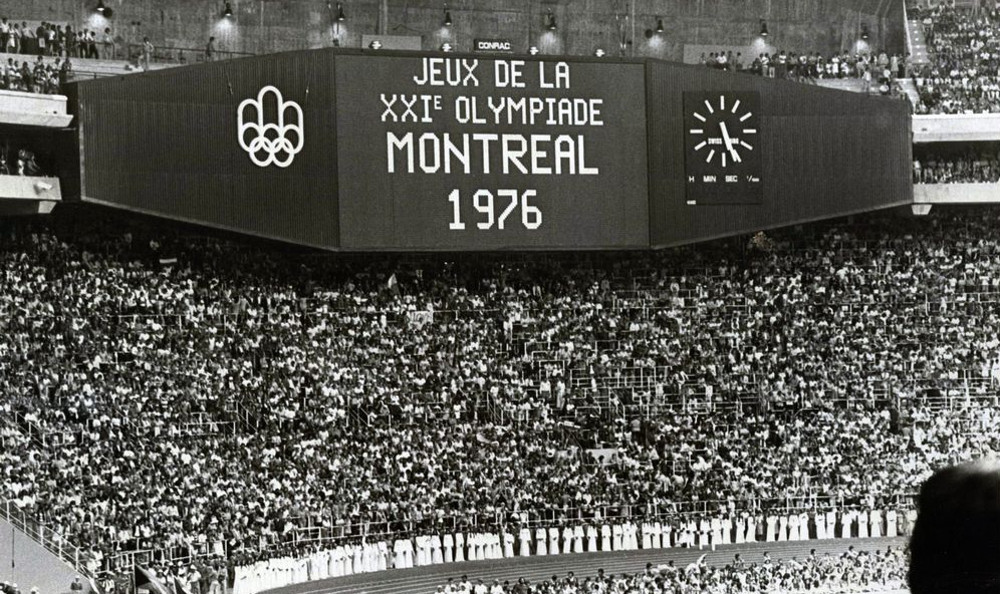 Like a lot of 3 stripes styles of the era, the adidas Montreal 76 was designed as a leisure shoe for the German athletes competing in the Montreal Olympics.

There have been quite a few different versions of the adidas Montreal 76 trainer released since the 3 stripes brand decided to stamp the Canadian city onto their footwear catalogue. Just like all classic 3 stripes, each style is just as important as the other, although the Montreal 76 version with the rubber heel support maybe more memorable to some. 3 stripes fanatics may of course remember the Hochelage trainer release a few years back from the adidas SPEZIAL range which was inspired by the Montreal 76 trainer, although this was a completely different silhouette looking more like something from the original Cities series. The original Montreal 76 design was actually based on the adidas Munchen Super from 1972 and was released as part of the 1976 Montreal Olympics adidas collection as a leisure shoe for the competing German athletes to wear. How could you forget that larger than life rubber midsole which extends all the way up from the base of the heel to the bottom of the heel top? Even though it looked completely different at the time the flexible rubber heel could actually be folded down allowing the wearer to wear the trainer like a slip on shoe without having to untie the laces. How many adidas trainers are there really out there that were designed for the Olympics themselves? 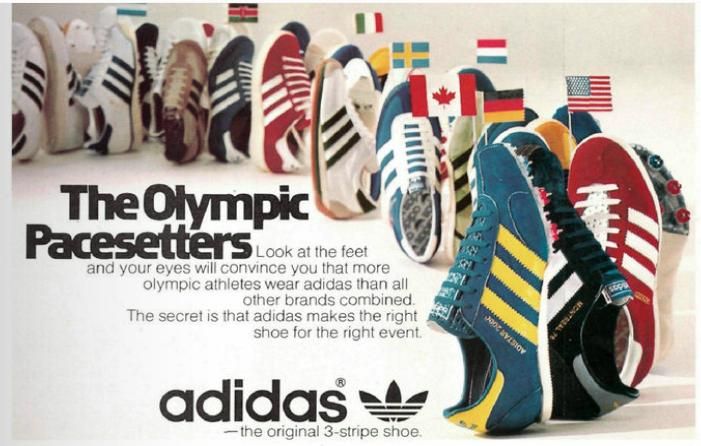 Above: An original adidas advert highlighting a collection of their Olympic trainers featuring the Montreal 76 (second trainer in).

adidas have now re-introduced the original Montreal 76 silhouette for a very special classic 3 stripes re-release with an exact replica of the original 70s silhouette for all the adi fans out there. With our vast selection of adidas trainers and classic 3 stripes it’s no surprise that the Montreal 76 will now be making its grand entrance to 80s Casual Classics sitting proudly among other iconic styles. The 1976 Olympic shoe is revived in true OG style with soft suede uppers, leather 3 stripes & heel tab, retro adidas branding to the tongue and performance led perforated toe vamp for added breathability. We’ve got some brand new colourways dropping shortly at 80s Casual Classics for December delivery including mint green/black and bold gold/black for that ultimate 3 stripes retro look. What’s your favourite colourway? 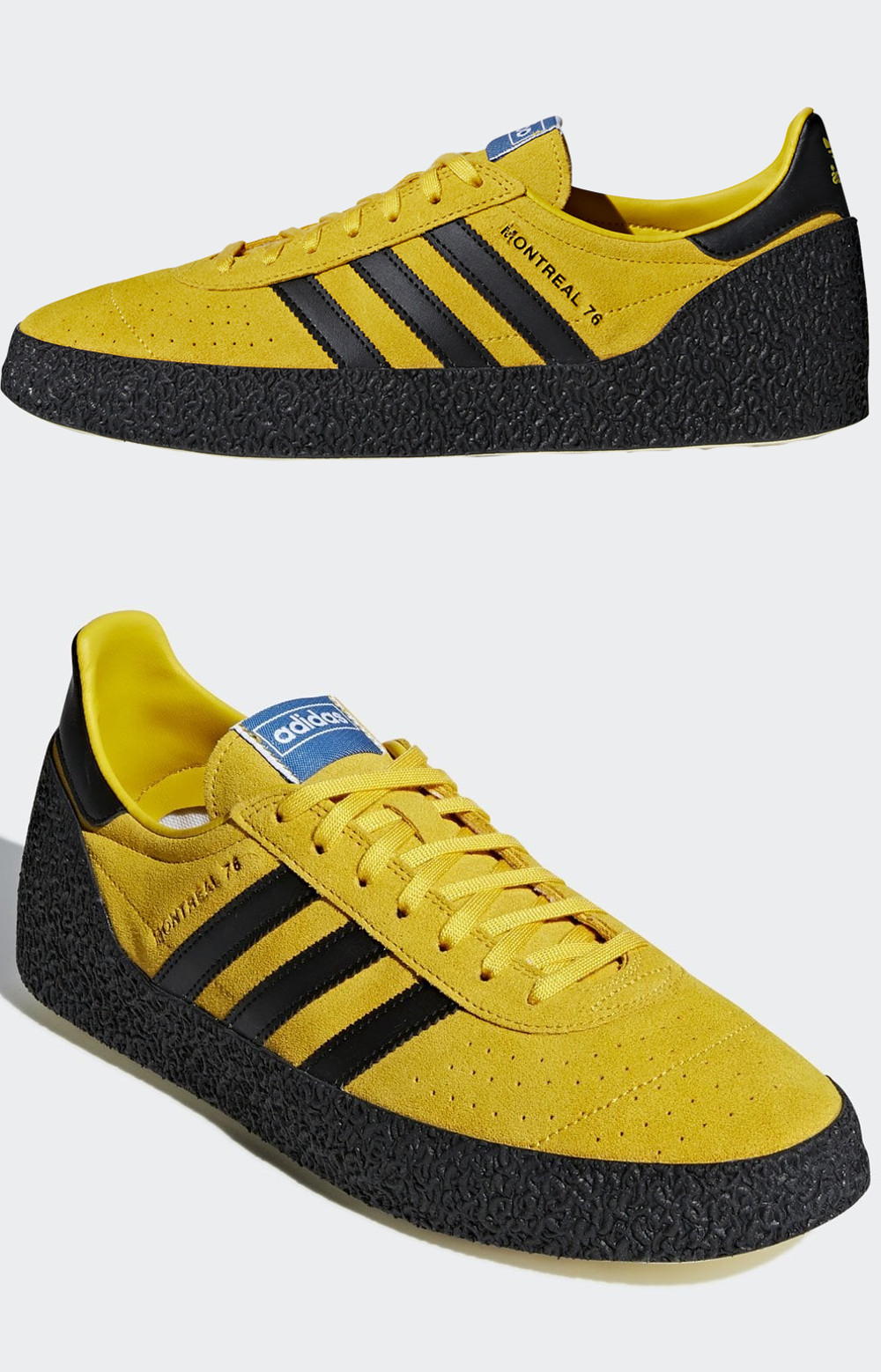 Above: The adidas Montreal 76 trainer in bold gold/black available to pre-order now at 80s Casual Classics. 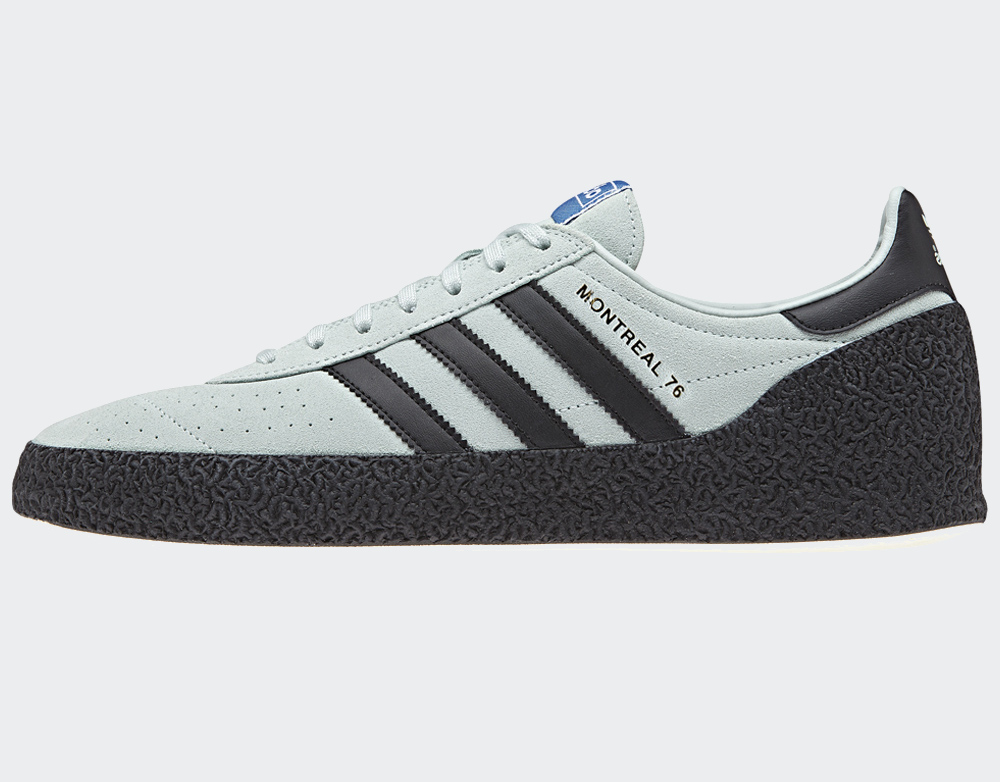 Above: The adidas Montreal 76 trainer in mint green/black available to pre-order now at 80s Casual Classics.