X
This site uses cookies to provide and improve your shopping experience. If you want to benefit from this improved service, please opt-in.
More Info
Accept Cookies
80's Casual Classics80's CC NostalgiaThe adidas Los Angeles Trainer Is One Of The Greatest Running Styles Of All Time
Menu 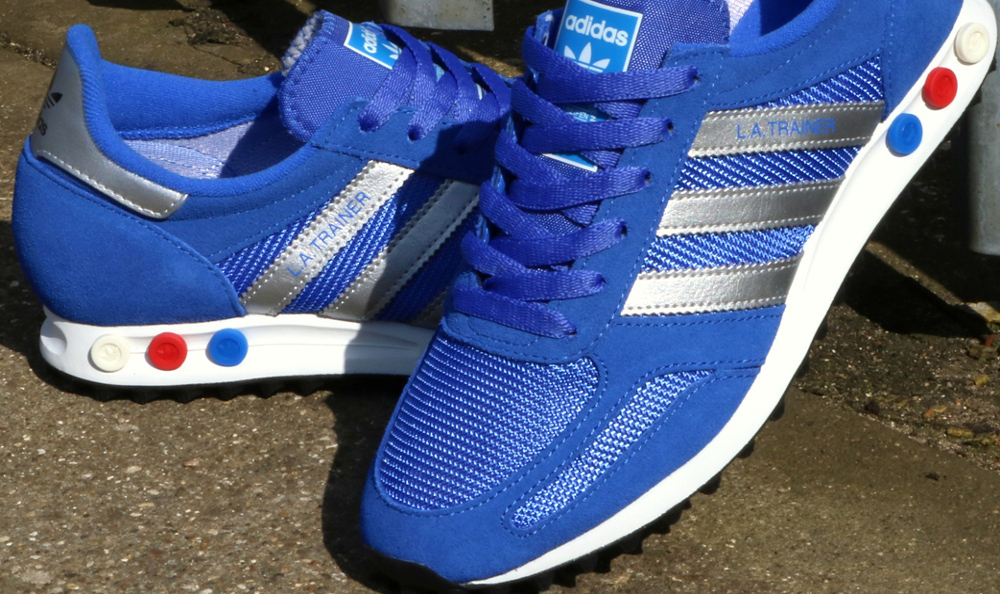 Its styles like the adidas Los Angeles trainer that remind us just how good the 80s really were for classic runners. As the adidas European City Series took its grip across the continent with the likes of the Munchen, the Malmo and the Milano, throughout the 70s and 80s,  North America was getting its first introduction to classic 3 stripes with running styles that would go onto become something of legends. Running silhouettes were big stuff for adidas throughout the 80s with signature styles like the Marathon, the Micro Pacer, the New York, the Boston, the Oregon, the ZX line and of course the Los Angeles trainer. Released in celebration of the Olympic Games in Los Angeles in 1984, the Los Angeles actually first surfaced around 1980 and was originally made in Germany and then later France, after adidas switched production. The 1984 Olympic Games allowed the Los Angeles to make its mark on a global audience as well as being a key style of the adidas ‘Spirit Of The Games’ campaign of the same year. 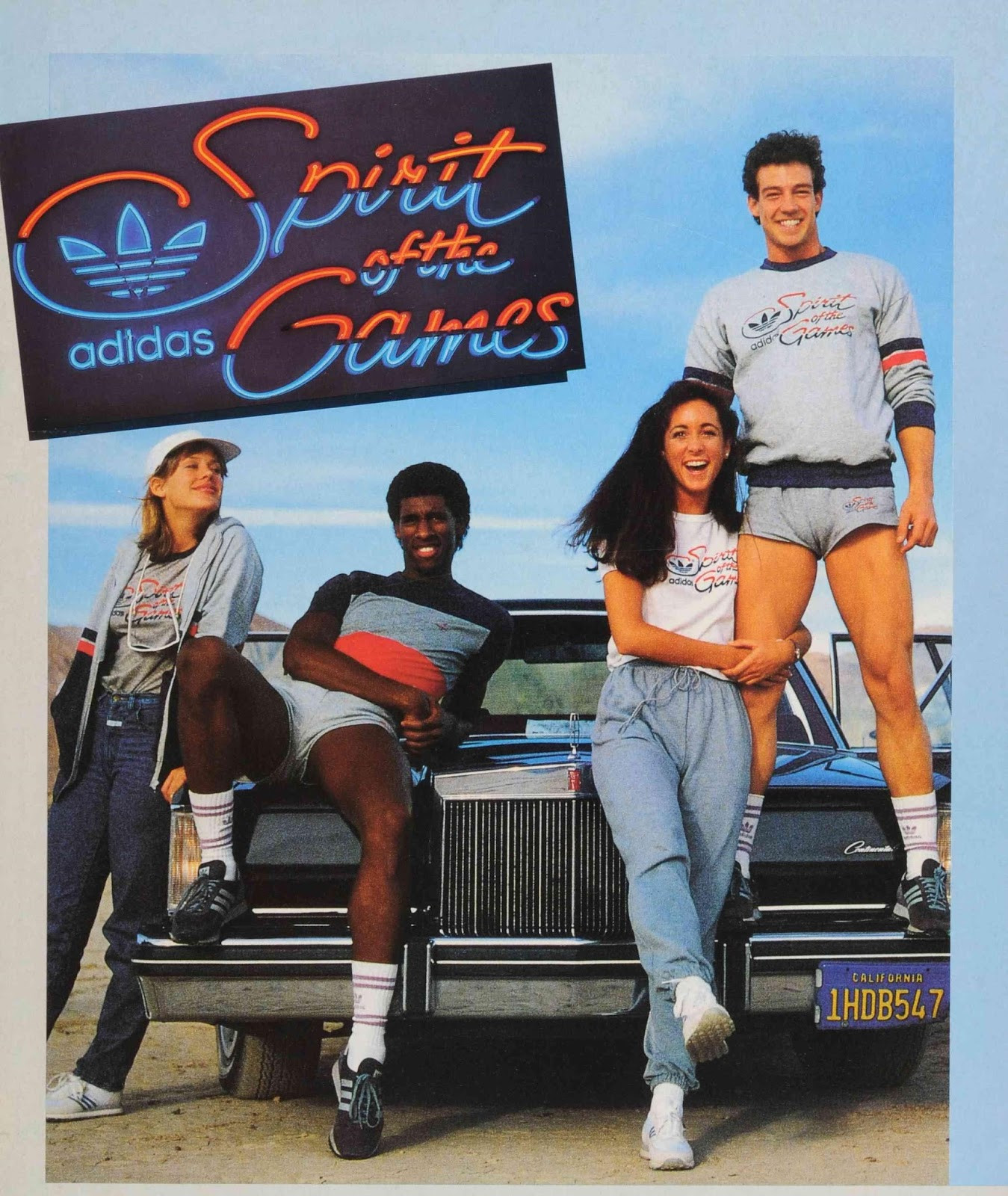 Above: An original campaign by adidas, ‘The Spirit of the Games’, introduced athletic inspired apparel and key silhouettes such as the Los Angeles.

It wasn’t just the 1984 Olympic connection that gave the Los Angeles the clout it holds today, it was also one of the best running shoes out there at the time. adidas had created a trainer that would withstand foul weather conditions as well as being an ideal training shoe that could be used by anyone from novices to professional athletes. As well as its classic runner looks, the main appeal of the Los Angeles was the innovative peg system cushioning, or in ‘technical trainer terms’, the Vario Shock Absorption System, which was the first of its kind of the era and allowed the wearer to adjust the cushioning as per body weight or terrain. As devoted 3 stripes fanatics may already know the same peg system was also used on other classic adidas styles such as the Kegler Super, although it really made its debut on the Los Angeles. As other brands also introduced new levels of cushioning and bounce to trainers throughout the 80s, the Vario Shock Absorption System from adidas is certainly up there as one of the most remembered. 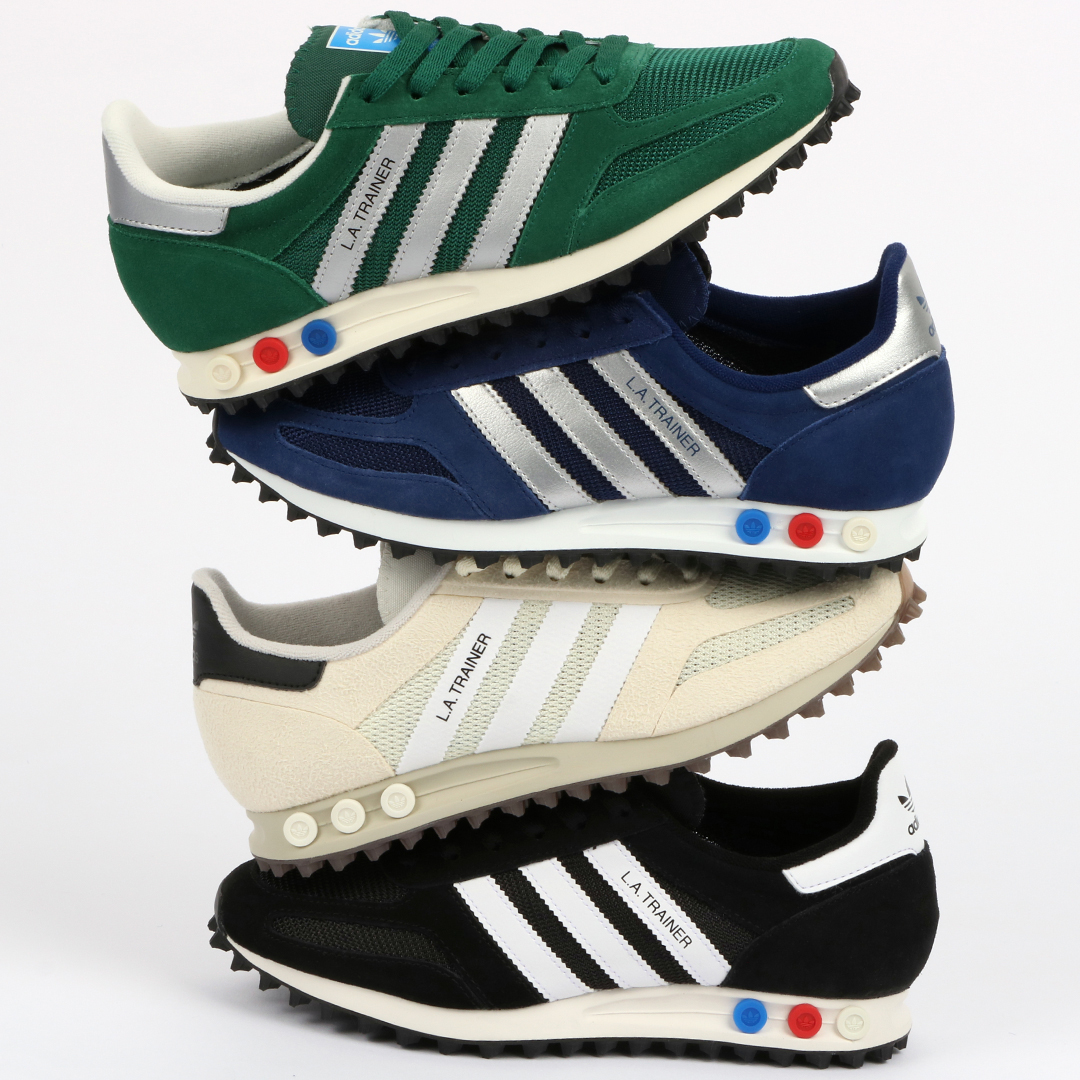 Above: The adidas Los Angeles trainer available in (from top to bottom) green, navy, off-white and black.

Now back in true OG form, the adidas Los Angeles comes to 80s Casual Classics, where two paths of classic admiration cross for a very special re-release. Features include all the original characteristics of the 1984 release with a mixture of suede and mesh uppers and of course the famous peg system cushioning. The Los Angeles is available in an assortment of different colourways from hi res blue to OG green. 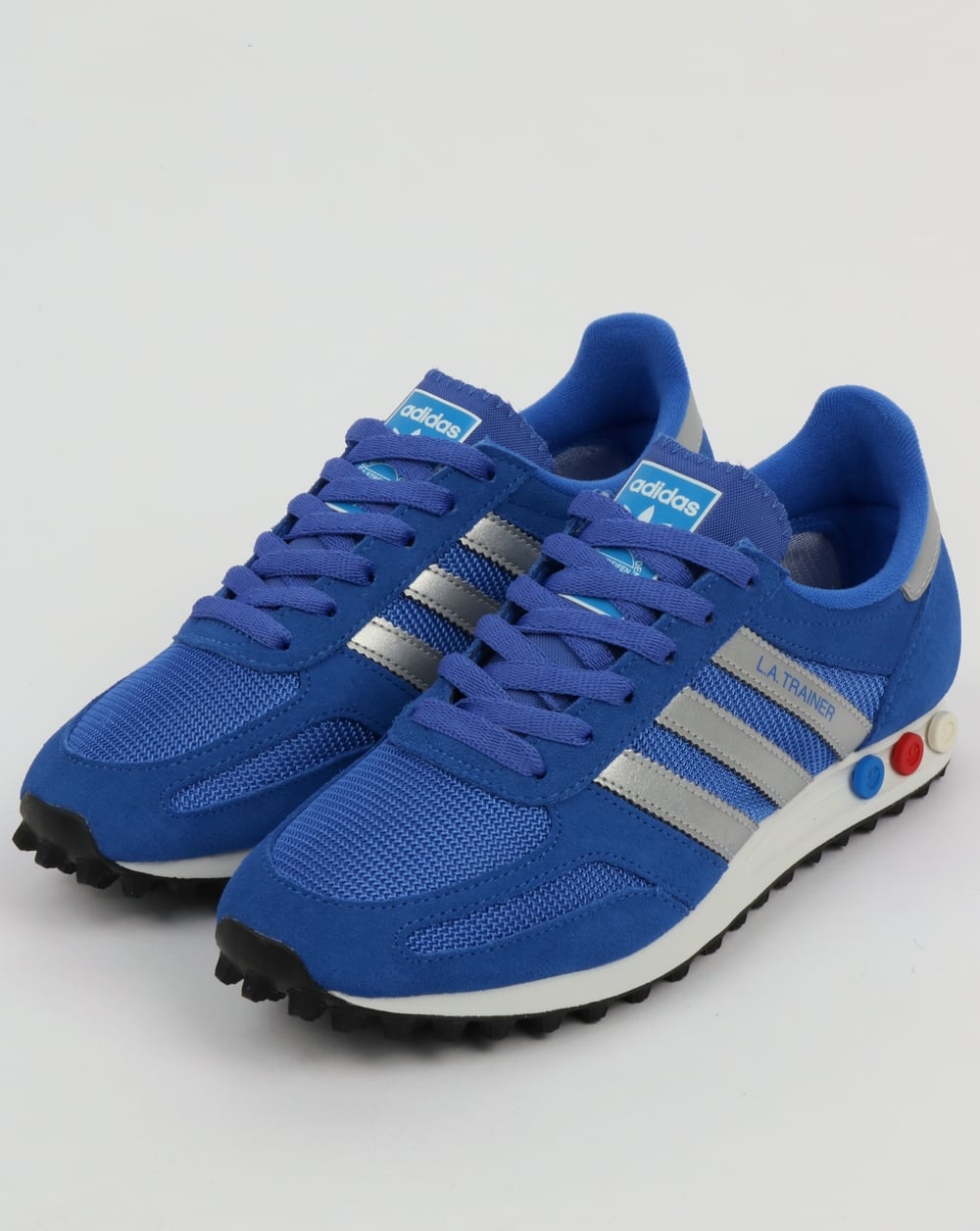