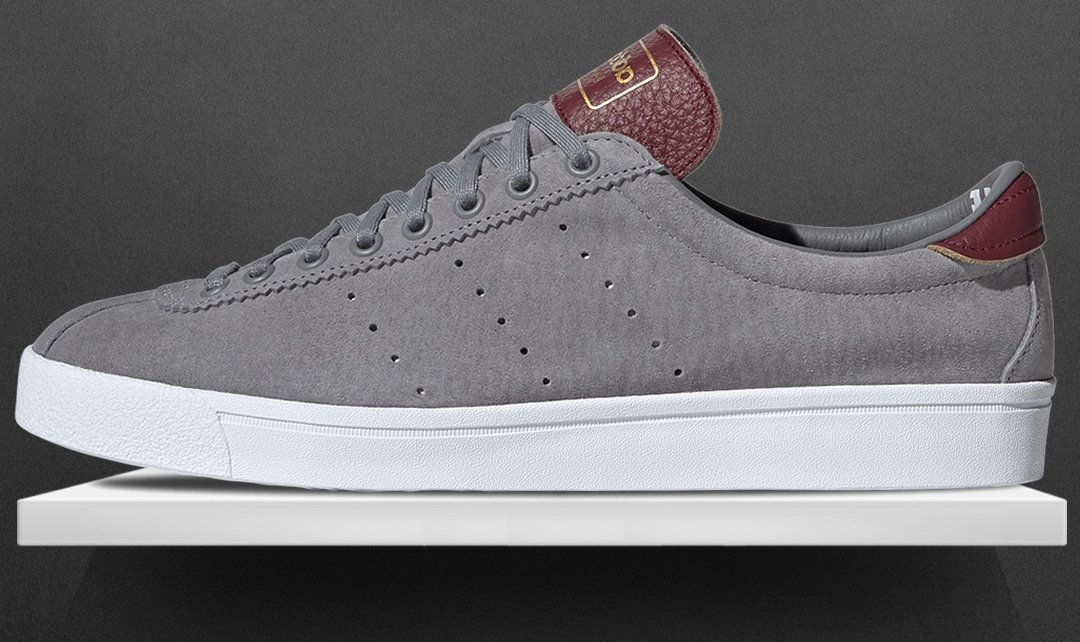 The adidas Lacombe Trainer Gets A Subtle Suede Update

Inspired from the 3 stripes tennis archives, the adidas Lacombe trainer is now treated to a subtle suede update for the latest season.

Although not officially an original adidas archive silhouette, the adidas Lacombe trainer doesn’t disappoint on the heritage inspiration front. The Lacombe is rich in 3 stripes tennis nostlagia and looks back to a golden era of performance court shoes from the German sportswear brand. Although adidas really made its mark in the 80s with their revolutionary running trainers, the 60s and 70s was all about indoor training and court shoes. The adidas tennis connection is probably just as strong as its football and running connection, with the Lacombe looking back to classic 70s tennis court styles as its main design inspiration. It was Gary Aspden and his very special, SPEZIAL line, that originally introduced the Lacombe back in 2016, which followed a global release a few years later. Giving a nod to adidas tennis sports stars and the original footwear influencers of the era like Rod Laver & John Newcombe. 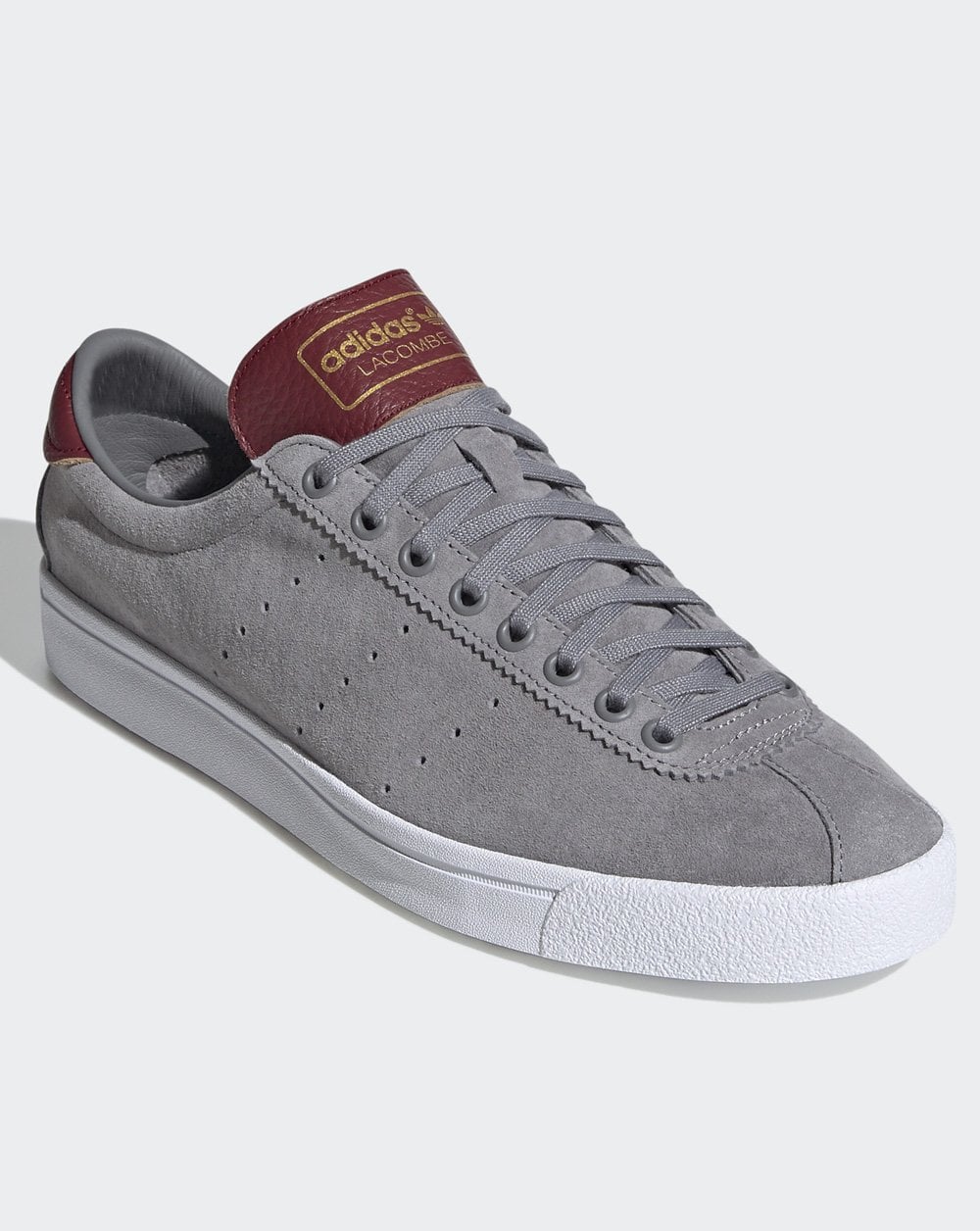 Drawing inspiration from the Rod Laver and the John Newcombe trainer, the Lacombe was originally introduced as an all leather court style. The original Rod Laver trainer was first introduced in 1970 and was endorsed by the Australian tennis champion who won all 4 Grand Slam titles in 1969, a record which has only been achieved by the likes of Roger Federer, Rafael Nadal and Andre Agassi. Similar in appearance to the Stan Smith, the Rod Laver also featured the famous ‘Endorsed By’ graphics to the tongue tab with the addition of a suede mud guard and a slightly thicker midsole. 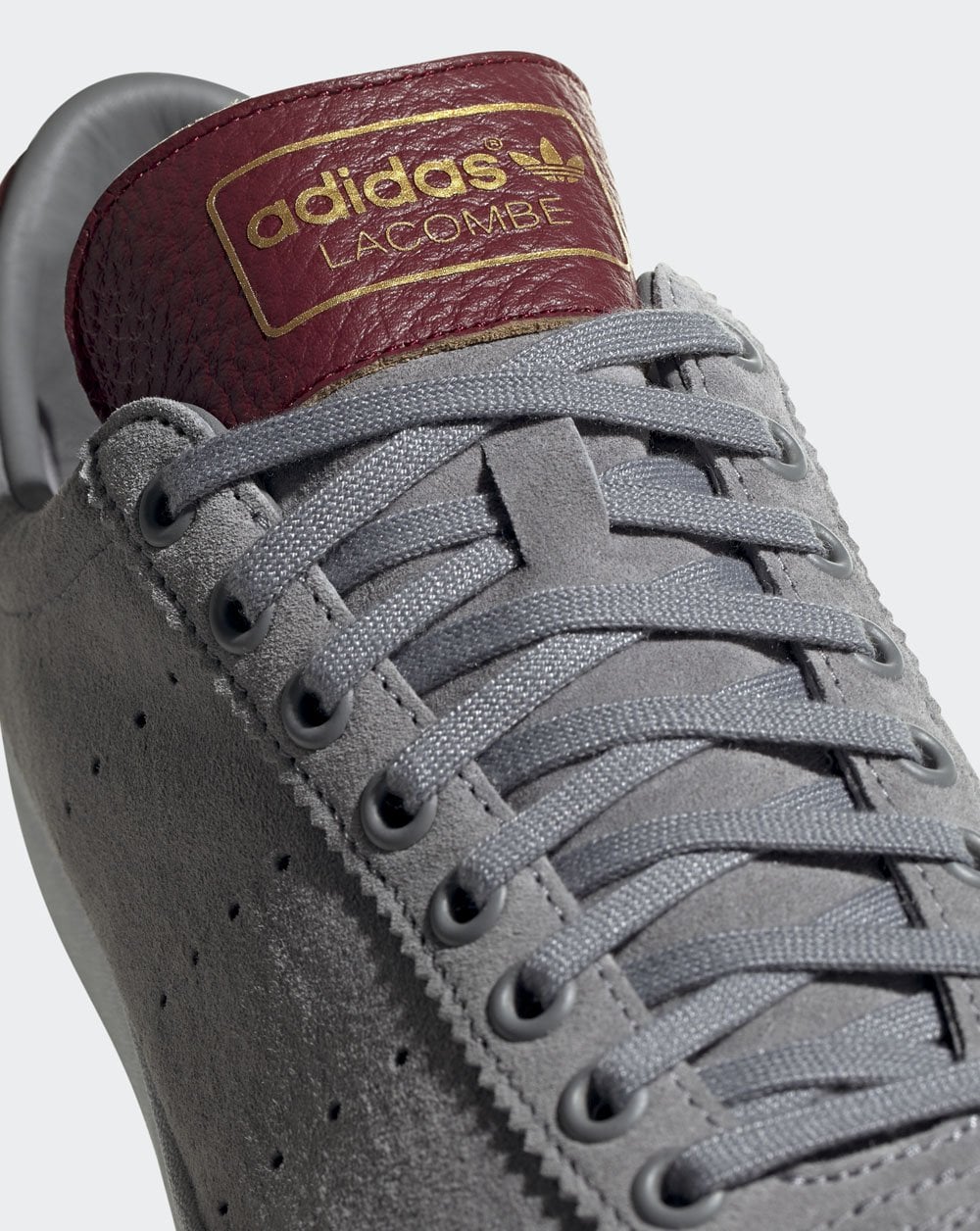 The Lacombe also gives a nod to the adidas Newcombe trainer as endoresd by the Australian tennis champion, John Newcombe. Newcombe is also considered a tennis great, winning 4 Wimbledon titles, 2 US Opens & 2 Australian Opens between 1967 and 1975. An interesting fact for the 3 stripes anoraks out there is that it was actually Adi Dassler’s very own son, Horst Dassler who signed the contract with Newcombe for the trainer endorsement. A notable trait of the Newcombe was the addition of leather overlays to the toe vamp for added support. 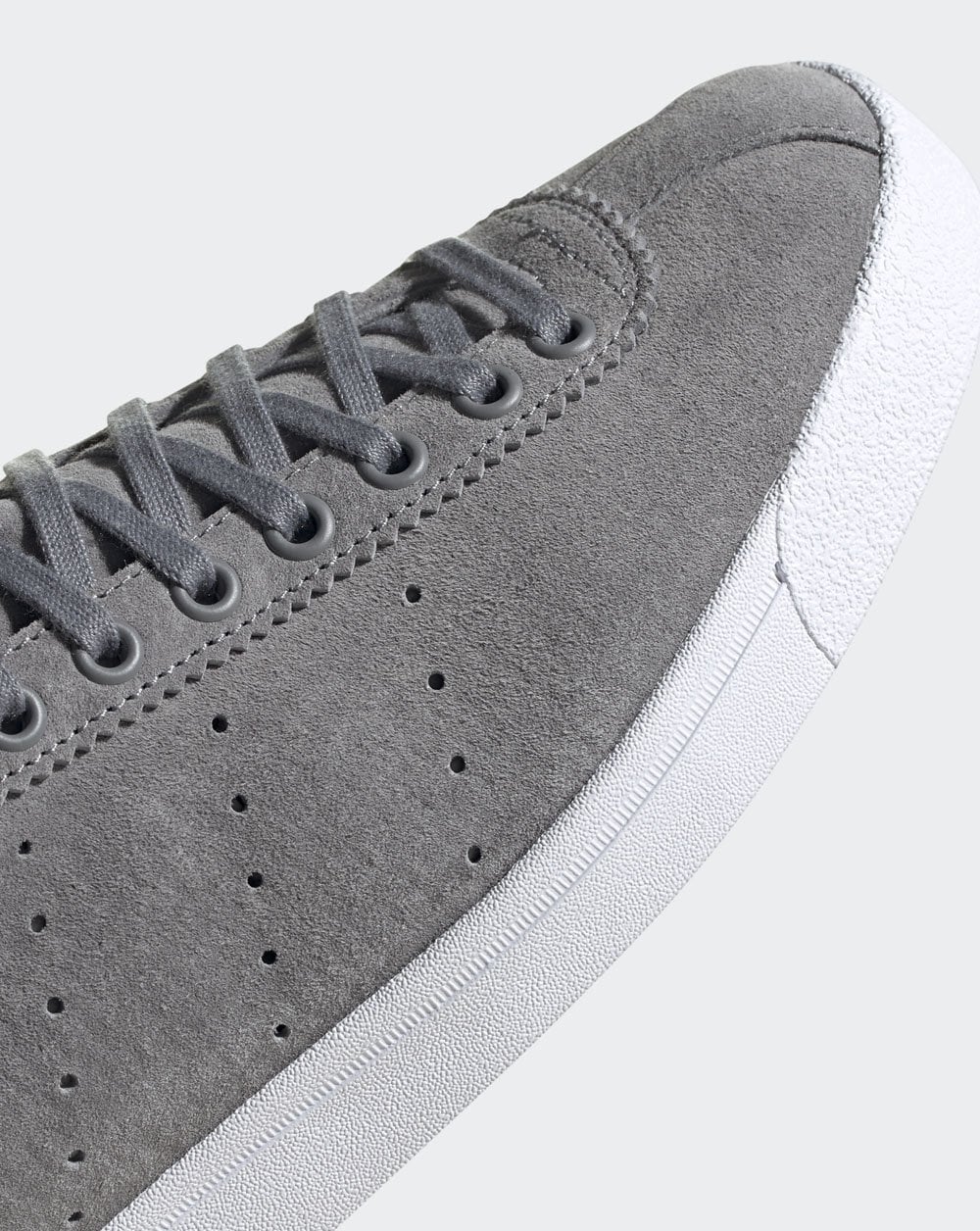 The adidas Lacombe now returns to 80s Casual Classics for the latest season in a new updated suede version. Highlights of the 1970s hybrid tennis shoe include soft suede uppers in grey with perforated 3 stripes to the lateral sides. The addition of the t-toe to the toe vamp gives a nod to the original Newcombe design. The archive inspired tennis design is finished off with a contrasting tongue and heel tab in burgundy alongside original trefoil branding in gold foiling. The Lacombe is now available to pre-order for Mid March 2020 delivery.