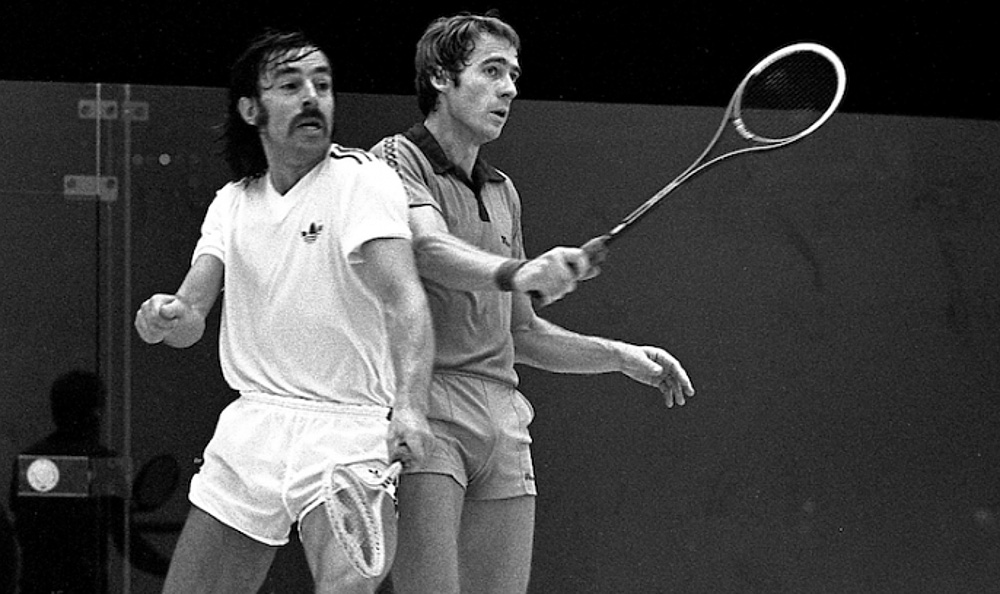 The adidas Indoor Super Was First Born On The Squash Courts

Throughout the 80s, adidas released a selection of racket sport trainers that were well…super. Signature styles like for example the Barrington Super, the Squash Super and the Indoor Super were designed for the indoor courts and racket sports such as badminton and squash. As adidas had already pretty much set the standard for the classic tennis trainer with the Stan Smith, trainers like the Indoor Super saw the 3 Stripes brand diversifying into the indoor courts with a squash trainer that would go down in 3 stripes history as one of the greatest. The Indoor Super quickly became the king of the indoors alongside a growing admiration from the 3 stripes trainer fanatics across the country. Recently revived thanks to Gary Aspden’s SPEZIAL line, the Indoor Super was re-released for the modern day wearer looking to replicate the original 80s model the best way possible. Since its other re-release back in 2003, the Indoor Super has been firmly kept under lock and key in the 3 stripes archive. 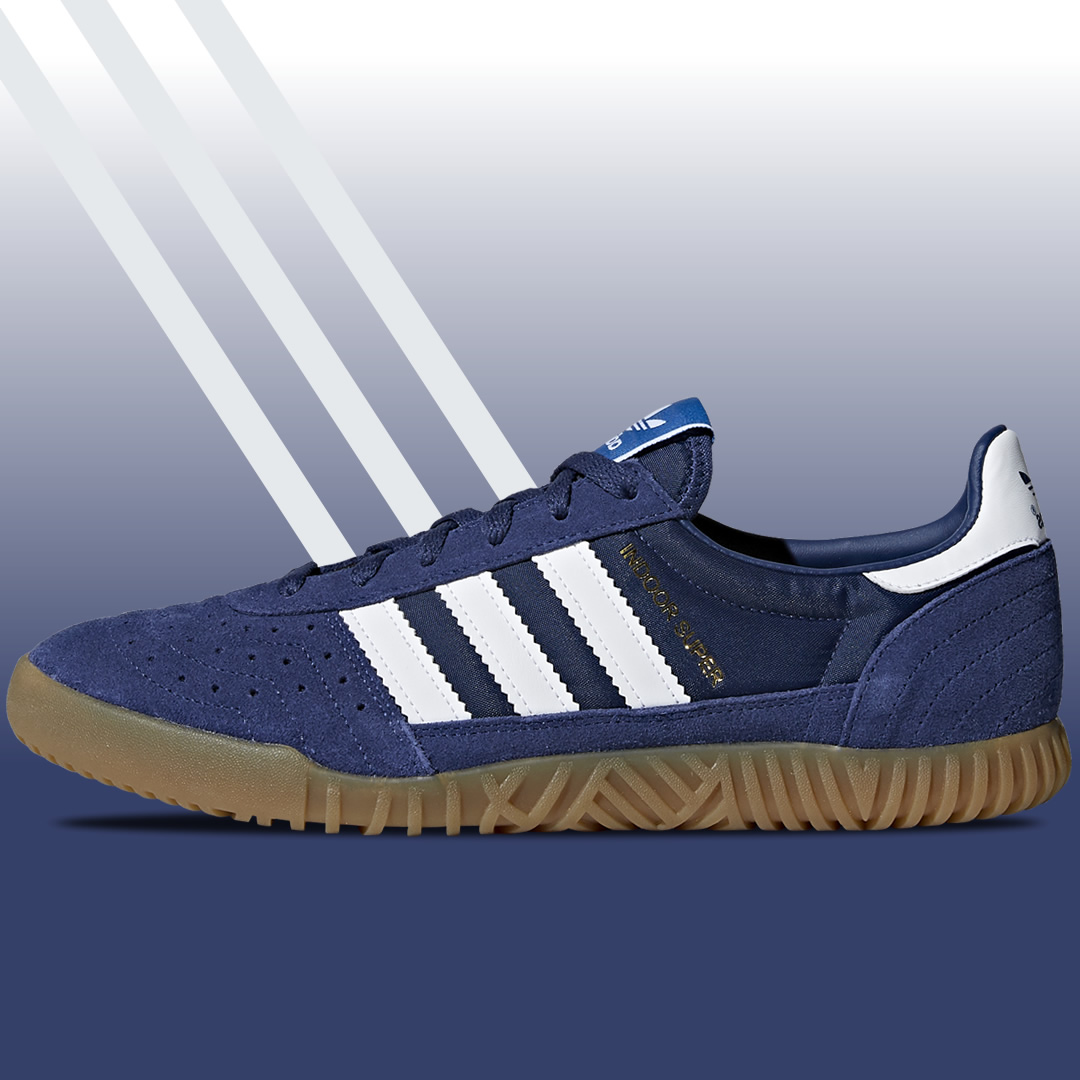 Above: The adidas Indoor Super in navy/indigo/white now available to pre-order at 80s Casual Classics.

The revived Indoor Super is now back in a selection of brand new colourways, dropping very soon to 80s Casual Classics. The classic 80s squash trainer features a mixture of suede and nylon uppers alongside a perforated toe vamp for added breathability. The low profile gum sole unit remains true to the original design with the tread pattern detailing running down the side of the midsole. The trainer is finished off with contrasting 3 stripes inside the nylon quarter and the heel tab. The good news is we’ve got some brand new colourways arriving of the Indoor Super at 80s Casual Classics, now available to pre-order for July delivery. 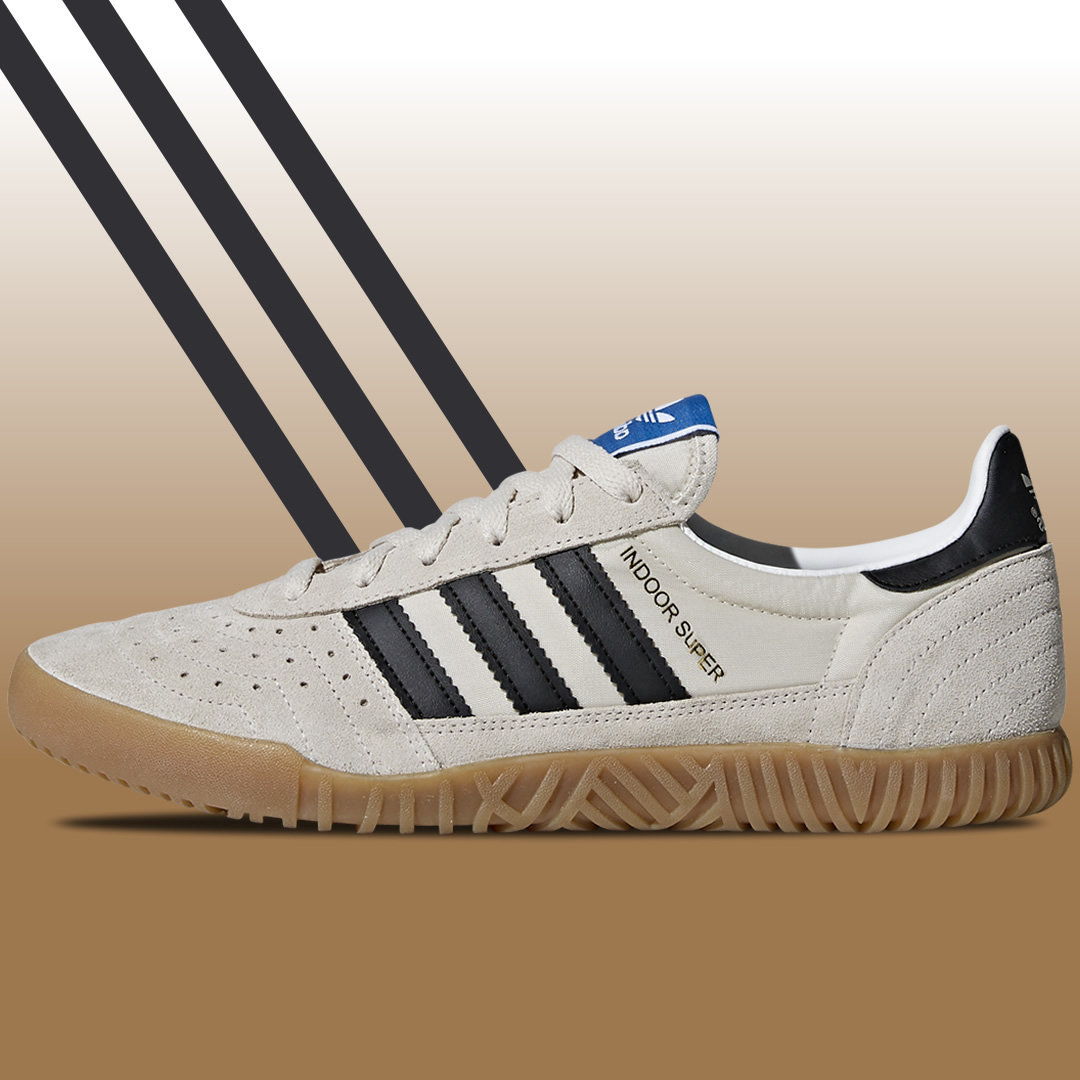 Above: The adidas Indoor Super in clear brown/black now available to pre-order at 80s Casual Classics.