X
This site uses cookies to provide and improve your shopping experience. If you want to benefit from this improved service, please opt-in.
More Info
Accept Cookies
80's Casual Classics80's CC NostalgiaBuilt For Court Performance: The Adidas Indoor Super Is Back!
Menu 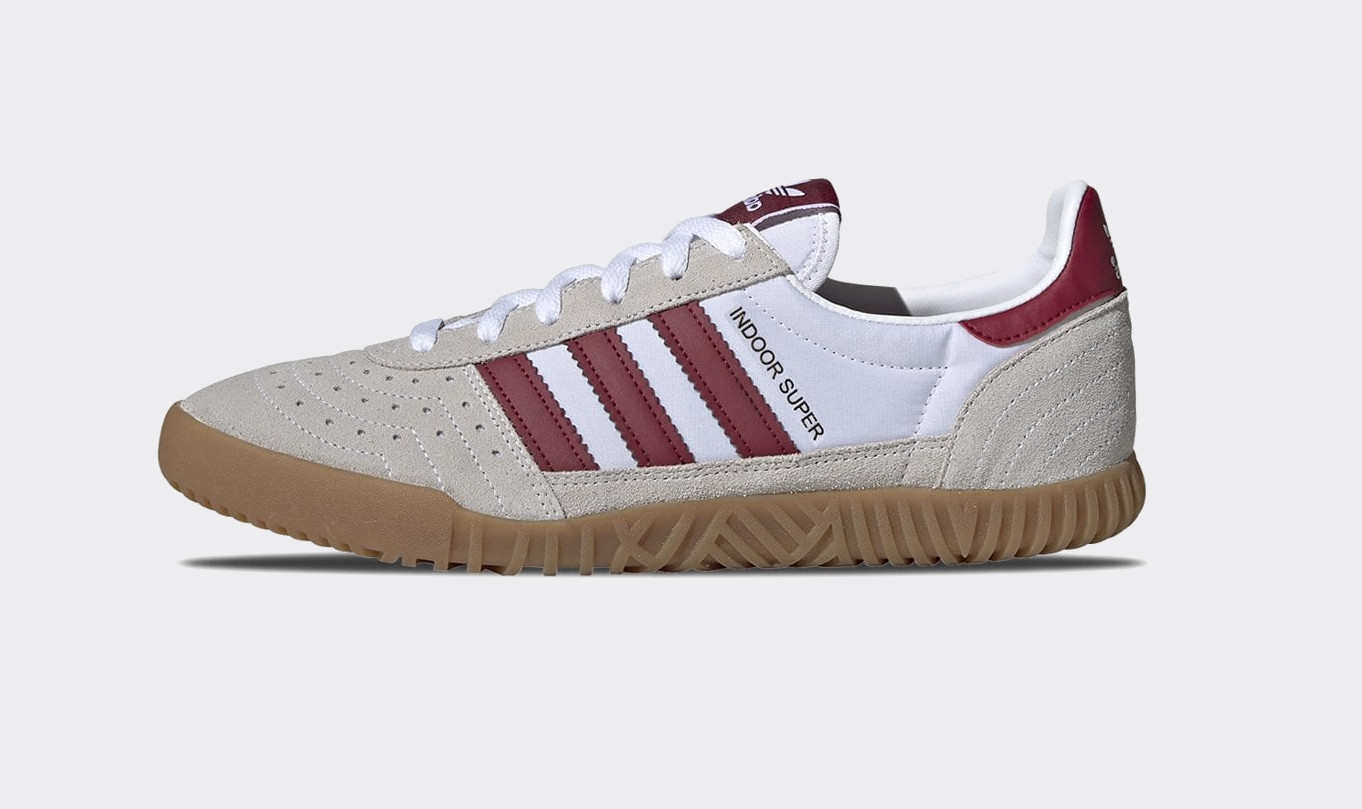 Built For Court Performance: The Adidas Indoor Super Is Back!

Yes you heard it right, the adidas Indoor Super trainer is back at 80s Casual Classics for September 2019! There’s a lot of classic 3 stripes trainers out there, some more sought after and collectable than others, some with higher price tags than others, but not many can claim to have ‘Super’ in their name! An original archive design from the 1980s, the Indoor Super was built for indoor court performance, in particularly the squash court. Squash became big business throughout the 1980s thanks to the growing yuppie culture, the booming fitness market and an eagerness to have the very best sportswear money could buy. Styles like the Barrington Super, the Squash Super and the Indoor Super all catered for this new market from professional squash athletes to Wall Street traders on their morning workouts.

Above: The adidas Indoor Super trainer in white/burgundy is now available to pre-order from 80s Casual Classics.

The Indoor Super (like so many other adidas styles from the era) weren’t just worn for their sole athletic purpose. They were worn not only because they looked great with a pair of jeans but also because of their premium price tag. Following the 3 stripes boom in the North West of England during the early 80s, the Indoor Super became a highly sought after adidas trainer. Following his own personal memories of the shoe, Gary Aspden (adidas SPEZIAL curator), re-worked and re-introduced the Indoor Super as part of the SPEZIAL collection in 2016. The court trainer was so highly received that adidas decided to release it as part of a global release. As also previously seen on Liam Gallagher who described the shoe as “The ultimate scally trainers” when asked what his favourite pair of trainers were in an interview with Nova FM last year. A clear nod to the North West connection and the Indoor Super’s working class origins in the 1980s.

Above: The adidas Indoor Super trainer in white/burgundy is now available to pre-order from 80s Casual Classics.

Following on from the success of the re-release of the Indoor Super, the classic 80s court trainer is now treated to another global release in some updated colourways for the latest season. The 3 stripes classic features original archive material inspiration with a mixture of suede and nylon uppers for that ultimate retro feel. Original performance detailing includes perforations to the toe vamp and a textured gum rubber outsole which was originally built for traction and speed. The court classic is finished off with contrasting 3 stripes in synthetic leather to the sides alongside ‘Indoor Super’ in gold foiling with trefoil branding to the tongue and heel tab. The Indoor Super is available to pre-order now from 80s Casual Classics and will be available for a late September 2019 delivery. Order yours now to grab a piece of 3 stripes history and all time classic adi’ style.