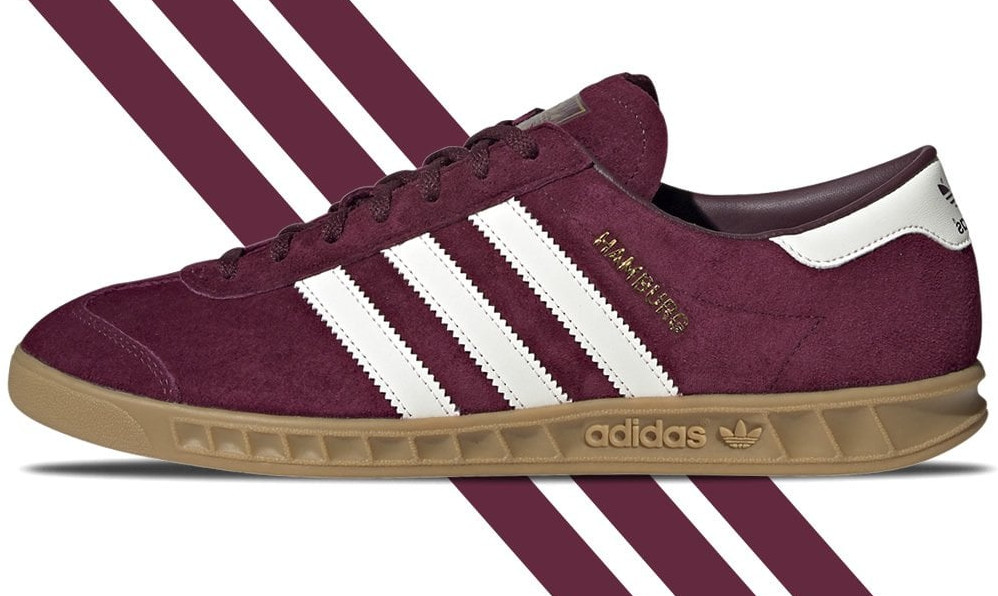 adidas Hamburg: The Return Of The Coveted City Series Trainer

The adidas Hamburg trainer makes its grand return to 80s Casual Classics in a fresh burgundy colourway for the latest season.

To adidas aficionados & 3 stripes collectors there’s just something very special about the coveted City Series. The timing of the original launch of the City Series combined with the growing casual movement at the time was like a match made in heaven. As young casuals who were associated with teams like Man United, Aberdeen & Liverpool were playing across Europe they would bring back never seen before grails such as rare adidas trainers & expensive Italian sportswear. It was these casual trainer treasures that would start a trend of one-upmanship and a growing demand for exclusive adidas trainers that still exists to this day. The adidas City Series played a phenomenal role in this passion, and the adidas Hamburg trainer is just one of many continental styles that have become adored by many over the last 40 years. Owning a pair of Hamburgs back in the early 80s was almost like a rite of passage in the casual world. 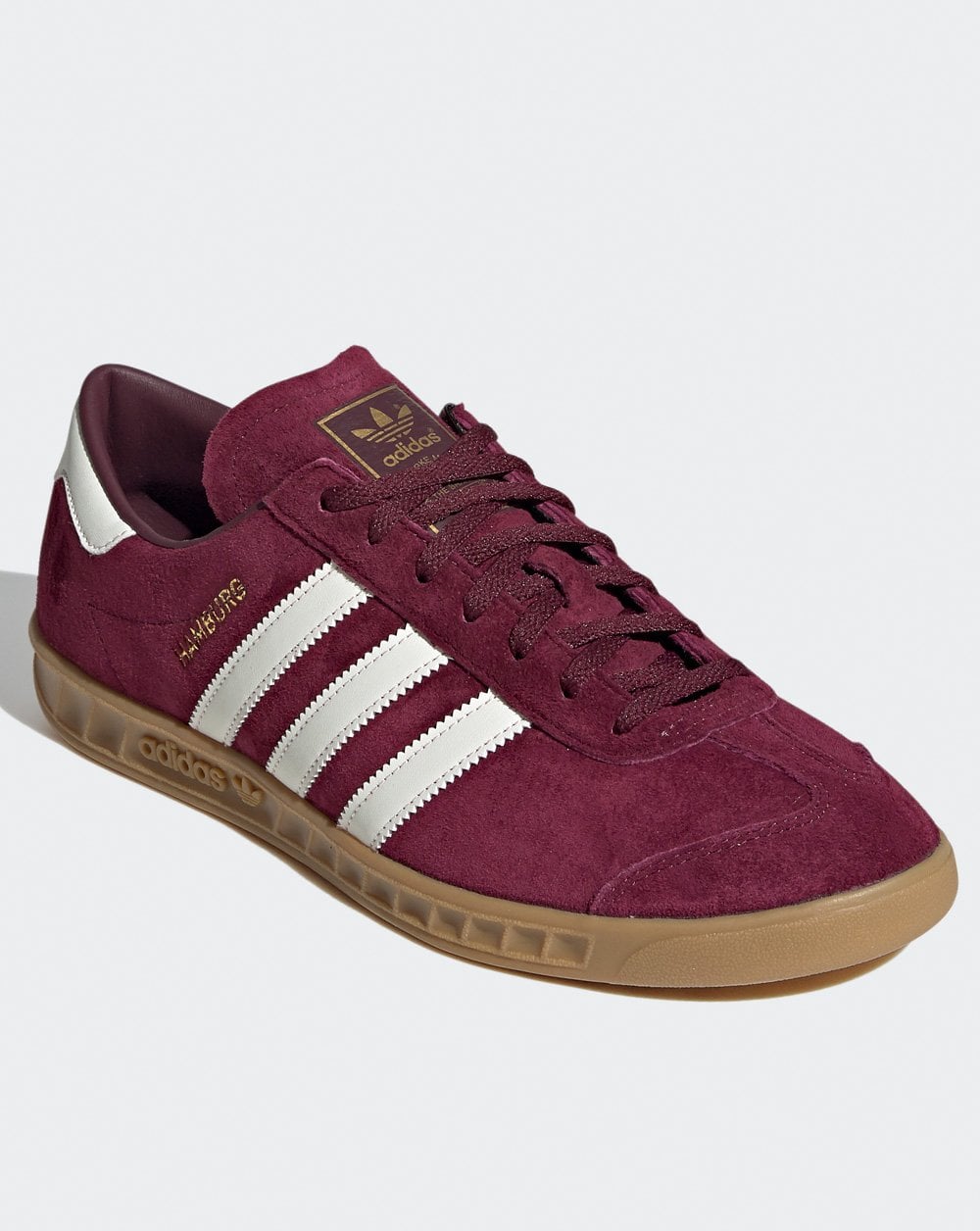 Above: The adidas Hamburg trainer in burgundy now available from 80s Casual Classics.

Originally released in 1982 as part of the coveted City Series, the adidas Hamburg trainer took the name of the North German port city. Casual culture was in full swing with the City Series celebrating the continent just like the big clubs were looking for European Cup glory. Other notable names from the City Series included the likes of the London, the Bern, the Berlin, the Amsterdam & the Dublin, with each shoe taking subtle traits of each city into the design. The original Hamburg trainers were made in Yugoslavia & featured the signature gummy sole unit with rich suede uppers & the famous t-toe detailing to the front. It would be fair to say that the indoor training shoe has become an adidas legend in its own right. 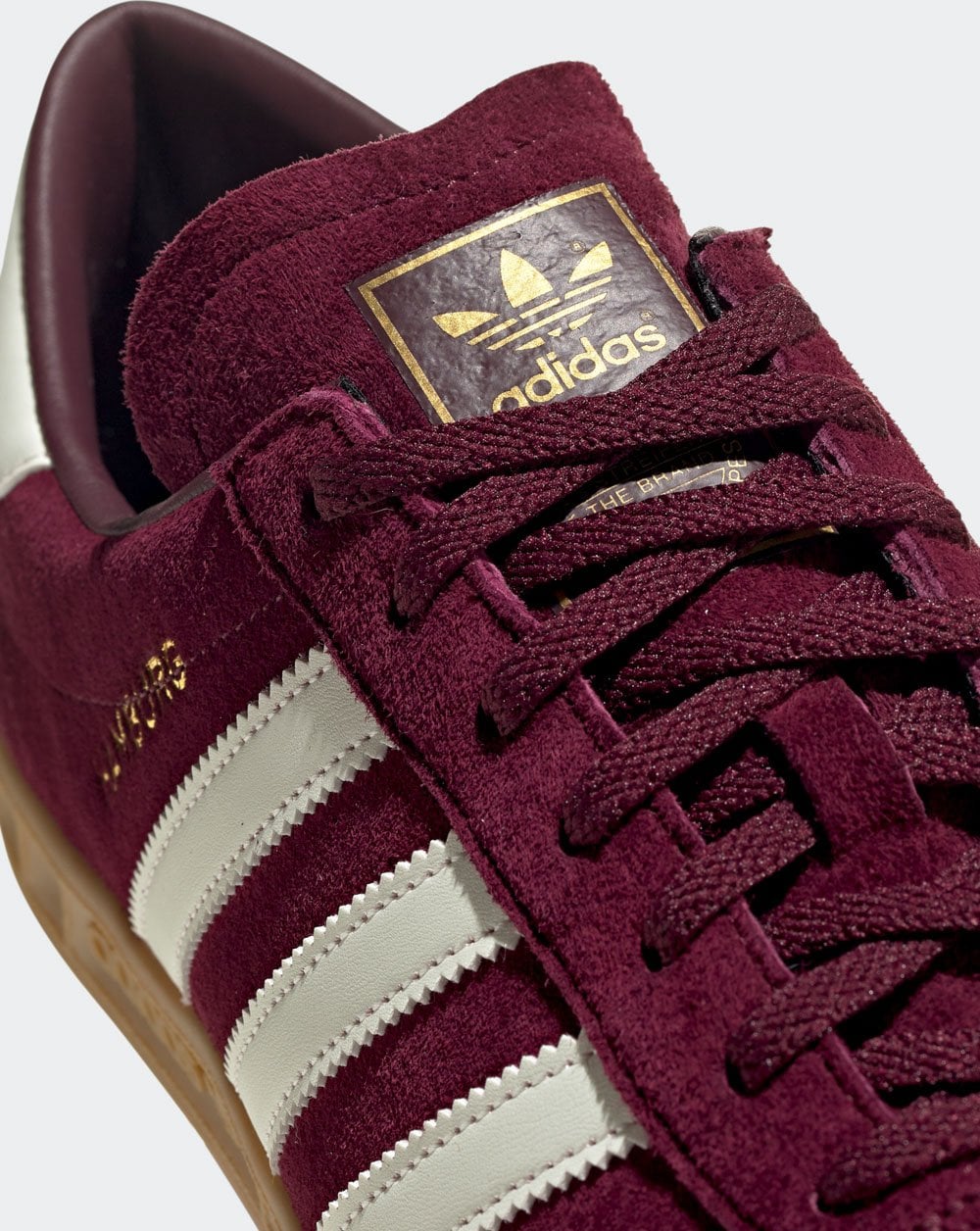 Above: The adidas Hamburg trainer in burgundy now available from 80s Casual Classics.

Thanks to an archive re-release, the adidas Hamburg trainer has seen a massive revival in recent years from the original wearers in the 1980s to a new generation of adidas admirers. The sought after style now returns to 80s Casual Classics for the latest season in an updated burgundy colourway. Highlights of the classic City Series style include rich suede uppers in burgundy which sit on top of the signature gummy sole unit. Perforated 3 stripes in white are stitched to the sidewalls with original trefoil branding to the tongue, heel tab & midsole. The adidas Hamburg trainer is a must have addition for your 3 stripes trainer collection and a reminder of the golden era of 3 stripes from the 1980s.