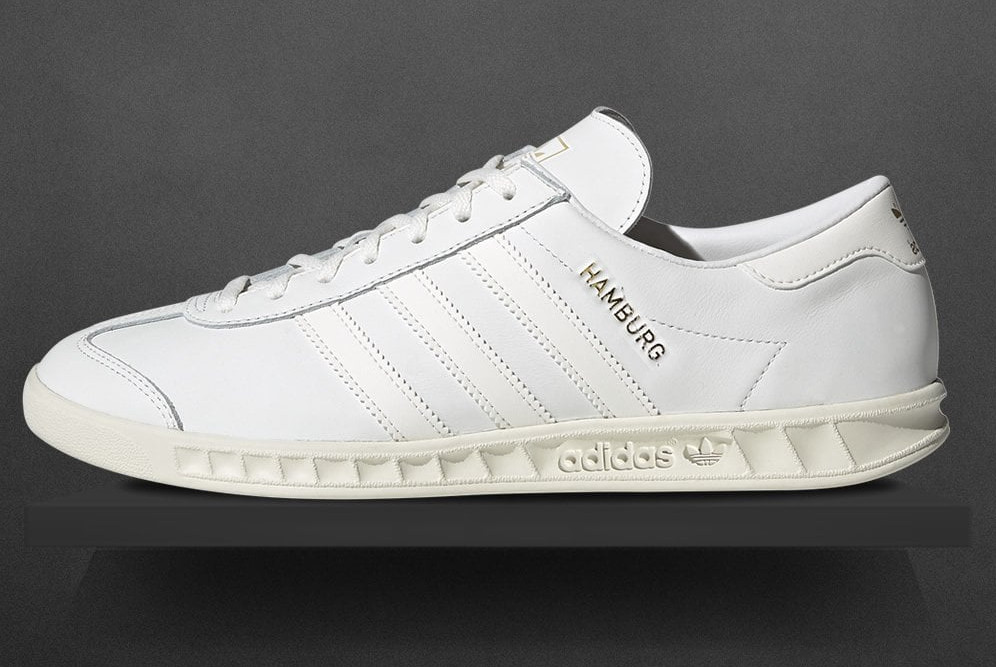 The adidas Hamburg Trainers Gets A Luxurious Leather Update

The latest adidas Hamburg Leather trainer adds an extra touch of class to the coveted City Series shoe with some minimal monochrome colourways.

If you had to describe the adidas City Series to a complete 3 stripes novice it would probably be something like; Classic adidas trainers that are rare as hell and some of the most talked about among adidas aficionados. When it comes to the City Series it’s usually all about the colourways. Take the adidas Hamburg trainer for example which has seen a variety of different colourway releases from the original Malmo colourway to inspiration from the markets of Hamburg itself. This latest adidas Hamburg Leather trainer however opts for a more minimal approach to the coveted City Series shoe & is now introduced in a selection of monochromatic colourways for the latest season. 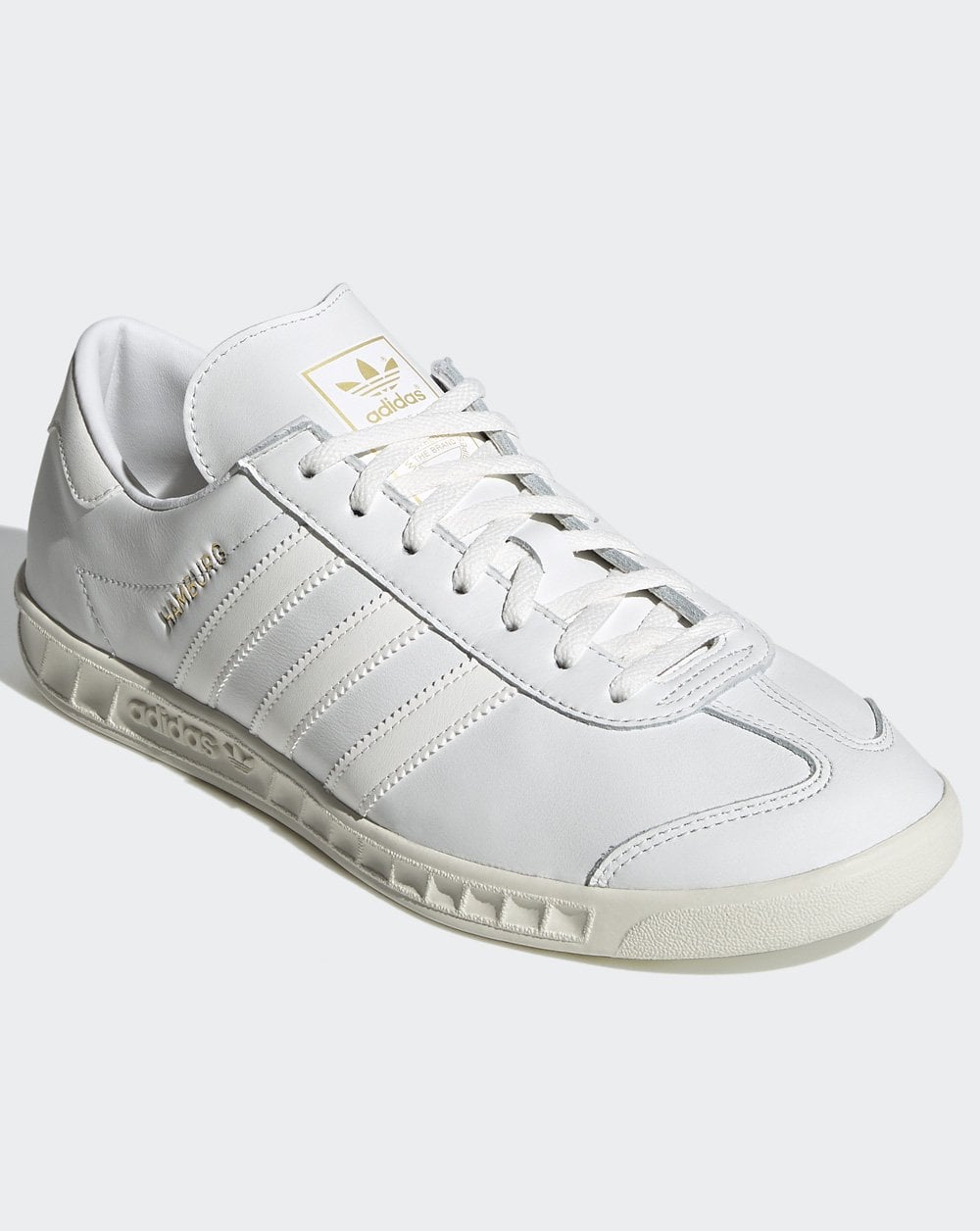 Above: The adidas Hamburg Leather trainer in white now available to pre-order from 80s Casual Classics.

Originally released in 1982 the adidas Hamburg trainer couldn’t have arrived at a better time as far as adidas trainer releases go. Before the likes of social media, online shopping & the “sneaker hype” we have today, it was all about word of mouth & the Hamburg was a style that was on everyone’s lips. Introduced in a golden era of 3 stripes, casual culture & one-upmanship the adidas City Series has become the holy grail to adidas collectors. The City Series saw the likes of the London, the Bern, the Berlin, the Malmo, the Oslo, the Amsterdam & the Dublin to name a few, with each shoe taking subtle traits of each city into the design inspiration. The adidas Hamburg looked to the North German port city and quickly became the go to trainer for those in the know. Originally made in Yugoslavia, the OG 3 stripes shoe featured a gummy sole unit with rich suede uppers & the famous t-toe detailing to the front. 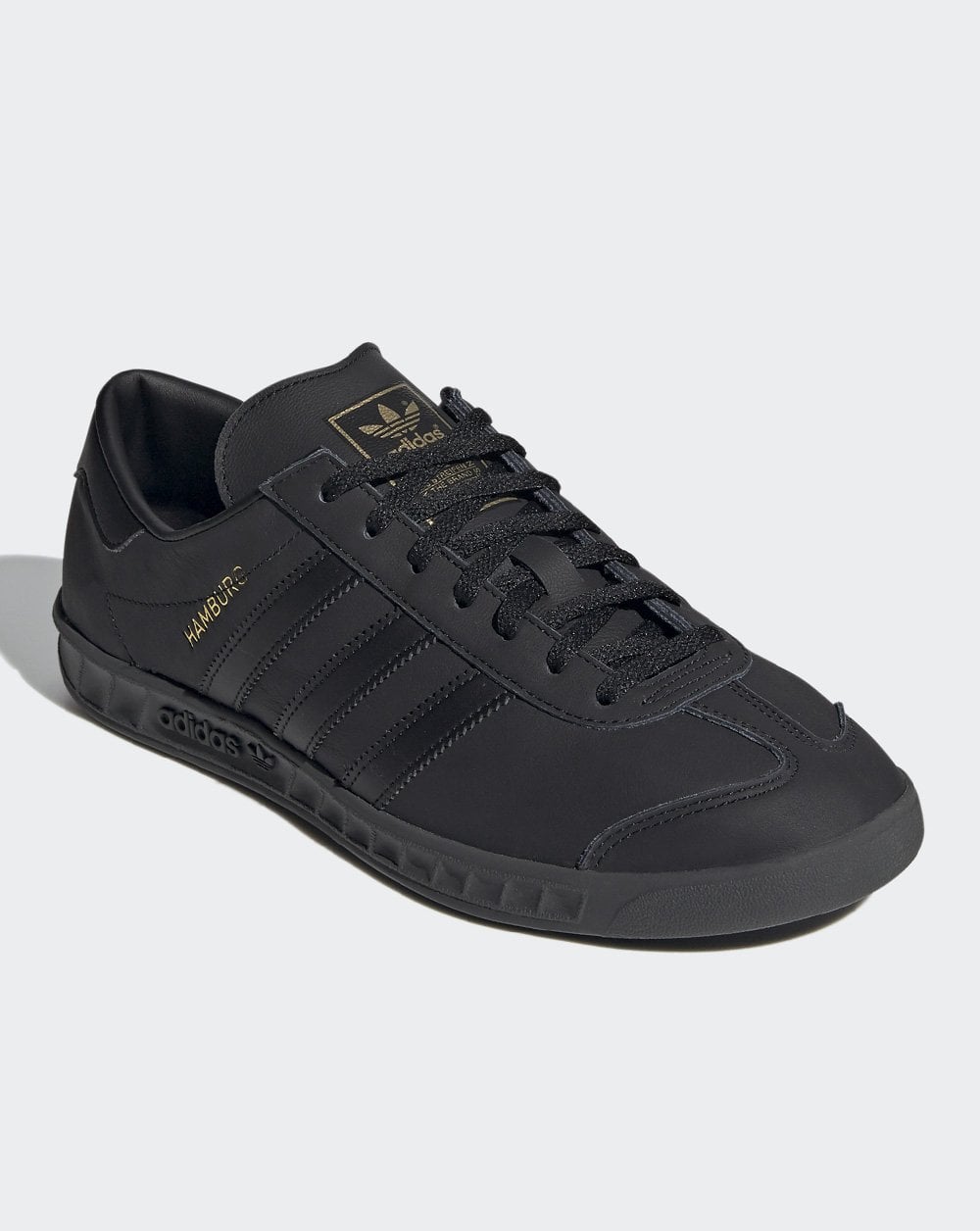 Above: The adidas Hamburg Leather trainer in black now available to pre-order from 80s Casual Classics.

Since it’s re-release from the Herzogenaurach archives a few years back the collectible City Series trainer has become a bit of a staple at 80s Casual Classics. The adidas Hamburg now returns in some updated monochromatic colourways for a minimal spin on the usual colourful hues associated with the German City Series shoe. Highlights of the latest premium leather version include soft leather uppers with the addition of leather overlays to the toe box and heel tab. Available colourways include triple white & triple black for a more premium finish. Other features include ‘HAMBURG’ branding in gold foiling to the lateral sides, perforated leather 3 stripes to the sidewalls alongside original trefoil branding to the midsole, heel & tongue tab. Available to pre-order now for mid-November 2020 delivery. The adidas Hamburg is a must have 3 stripes style for any serious adidas trainer collector.