X
This site uses cookies to provide and improve your shopping experience. If you want to benefit from this improved service, please opt-in.
More Info
Accept Cookies
80's Casual ClassicsTrainersThe adidas Forest Grove Trainer Might Remind You of Something Else…
Menu 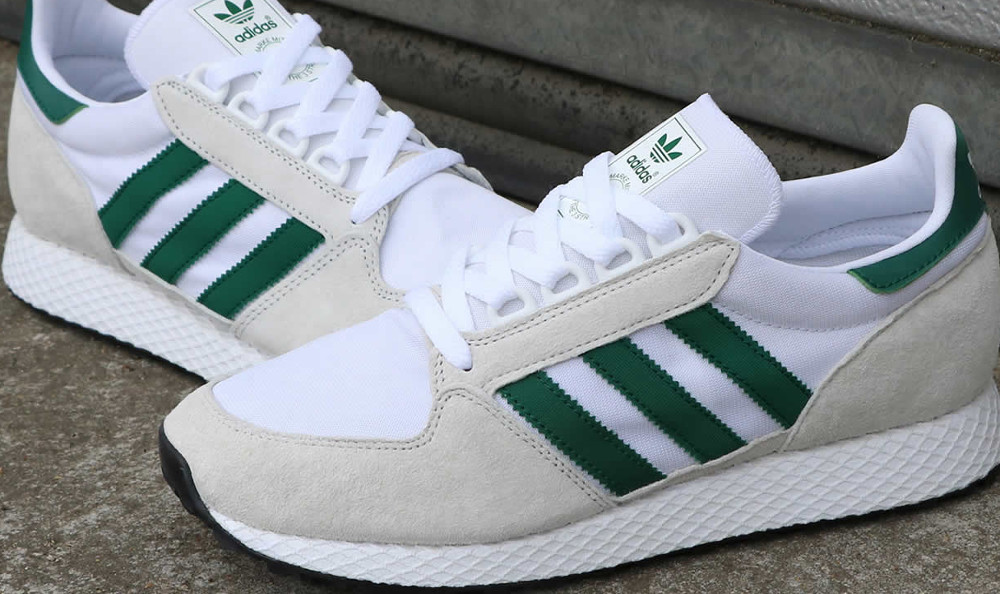 The adidas Forest Grove Trainer Might Remind You of Something Else…

The adidas Forest Grove trainer revives the legacy of a classic 3 stripes 80s running silhouette and all that Bill Dellinger design inspiration.

Whether or not you have already laid eyes on the newly released adidas Forest Grove silhouette, you are still probably thinking that it looks awfully familiar. That’s because it does. The Forest Grove comes as a very special revival of the Oregon trainer, an all time classic 80s running silhouette, released in an era where running was the thing and adidas wanted their 3 stripes stamped across every jogger from Manhattan to Manchester. Obviously the casual connection and the Oregon were slightly different to jogging around your local park, although the running element of the shoe did have its advantages when it came on top. One of the many key styles of the 80s adidas running silhouettes alongside the likes of the New York and the ZX500, the Oregon is now revived, although with a different name, the legacy and location connection is still all the same. 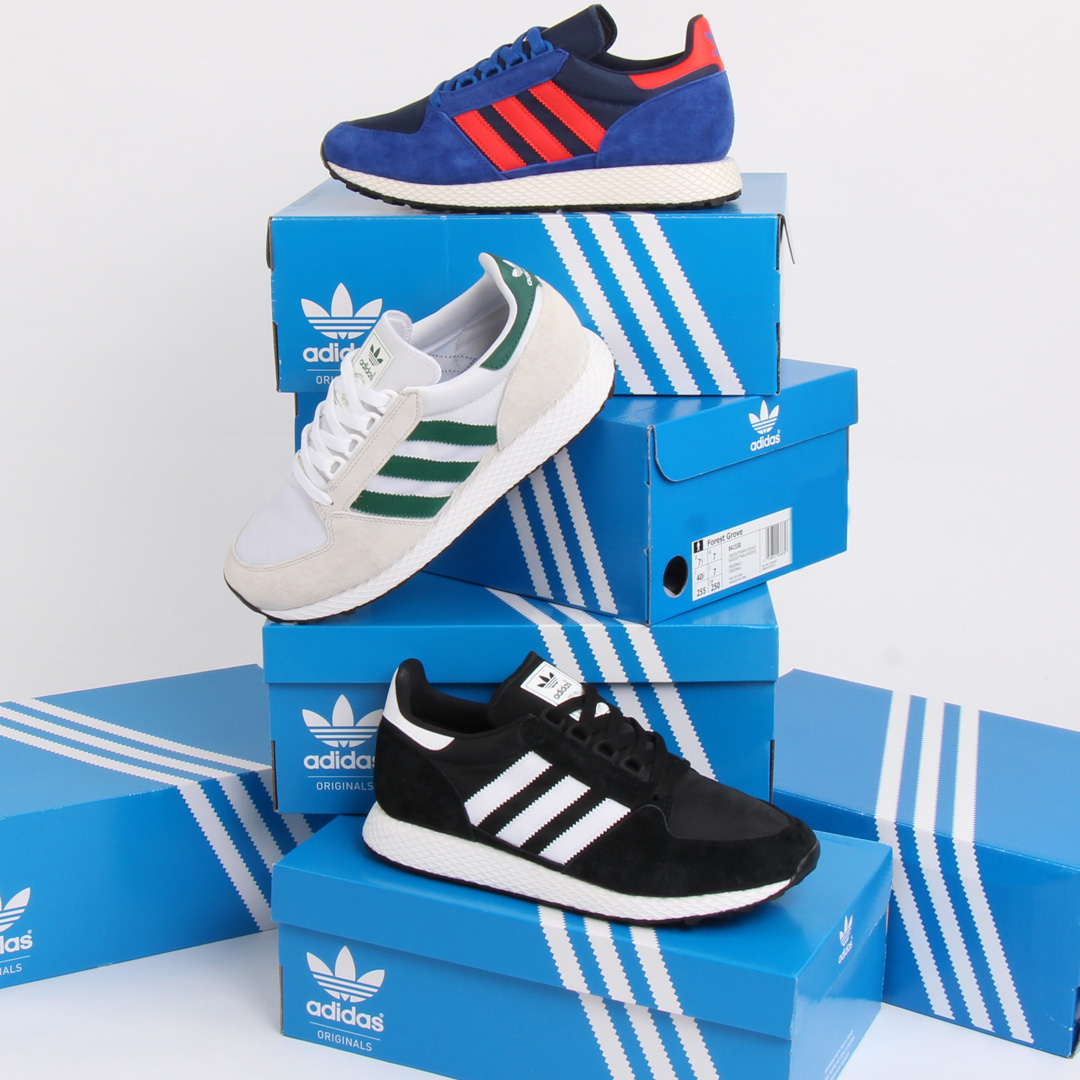 The reception of the Oregon after its release back in the early 80s was massive, the lightweight design and nylon constructed uppers put adidas in a league of their own, not to mention the first trainer of its kind to a hold the Bill Dellinger connection. Dellinger played a key coaching role within the University of Oregon’s running team going on to create long distance running legends such as Steve Prefontaine as well as collaborating with adidas on the Oregon trainer design itself. The Dellinger Webbing became an iconic feature of 3 stripes running silhouettes, built for comfort and shock absorbency underfoot it would start the evolution of midsole technology as we know it today. The Oregon was the very first shoe to adapt the iconic webbing to the midsole, with the original design now revived for the modern day 3 stripes fanatics in the form of the Forest Grove. 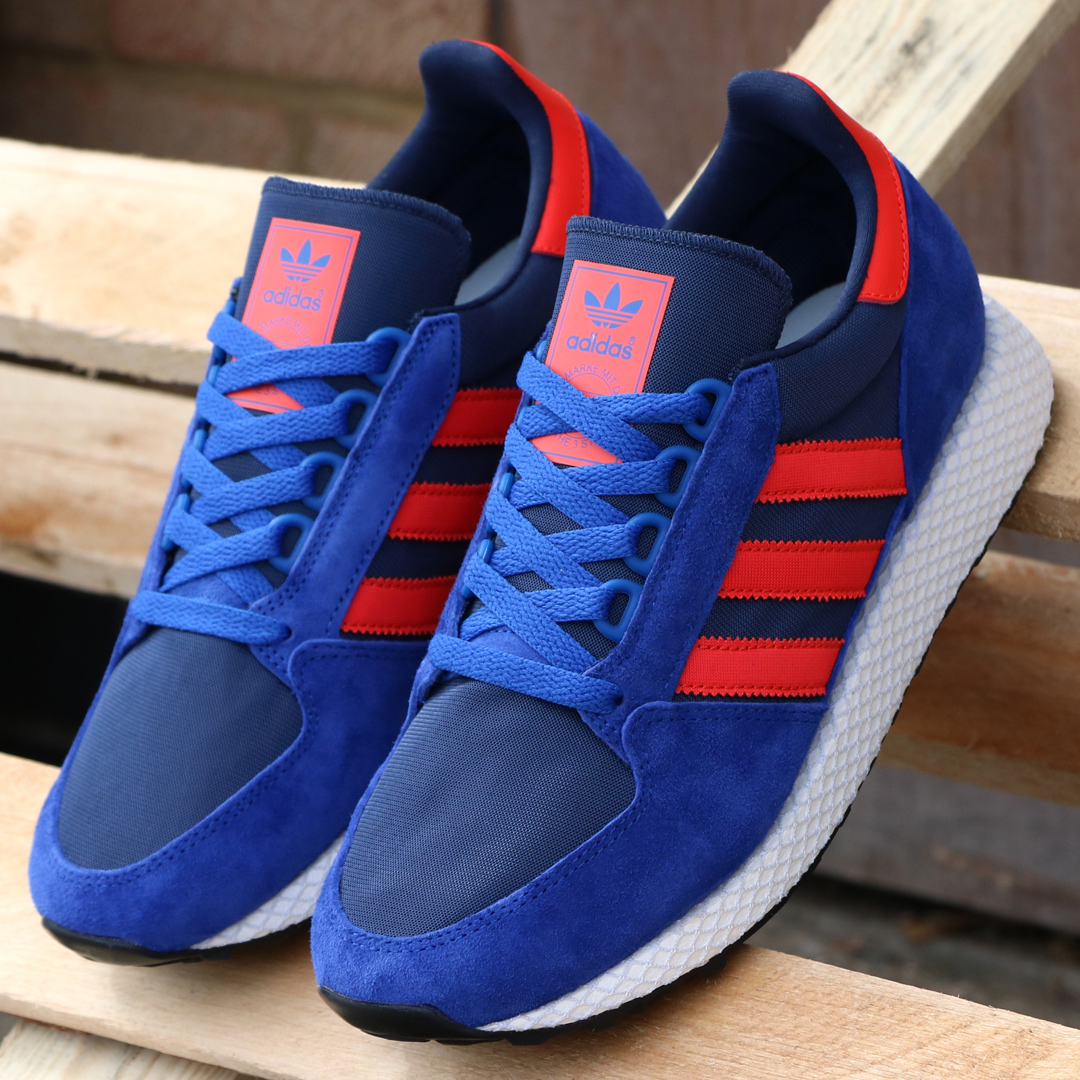 Now revived in all the adidas Oregon OG style, the Forest Grove trainer brings back the classic 80s runner style for the modern day wearer. Features include suede and nylon uppers alongside the Dellinger Web midsole with contrasting 3 stripes and heel tab for that all important retro runner style. As usual we’ve got an assortment of variations available with a trio of different colourways including navy, black and classic white. 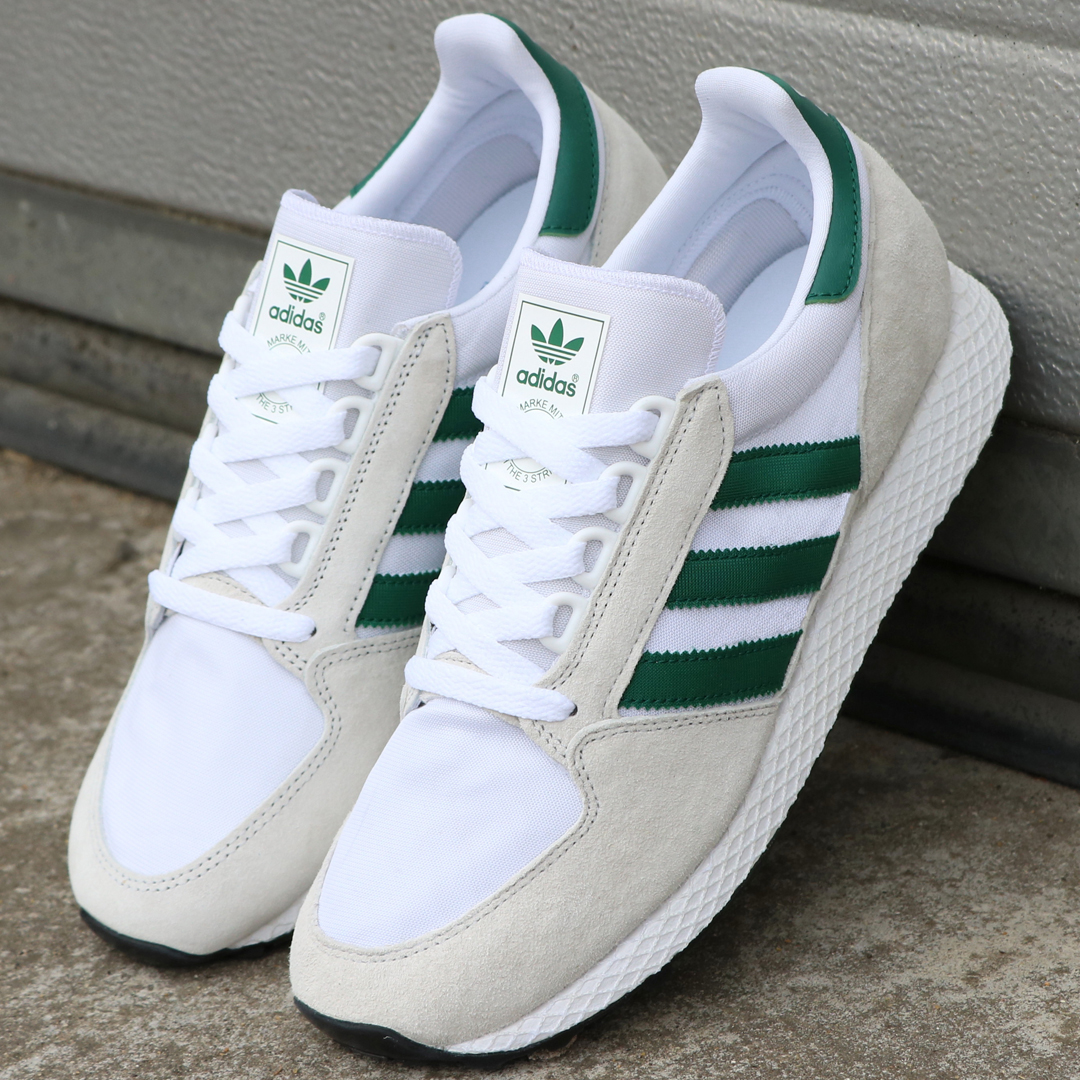