X
This site uses cookies to provide and improve your shopping experience. If you want to benefit from this improved service, please opt-in.
More Info
Accept Cookies
80's Casual Classics80's CC NostalgiaThe Spirit Of The adidas Oregon Lives On With The Forest Grove Trainer
Menu 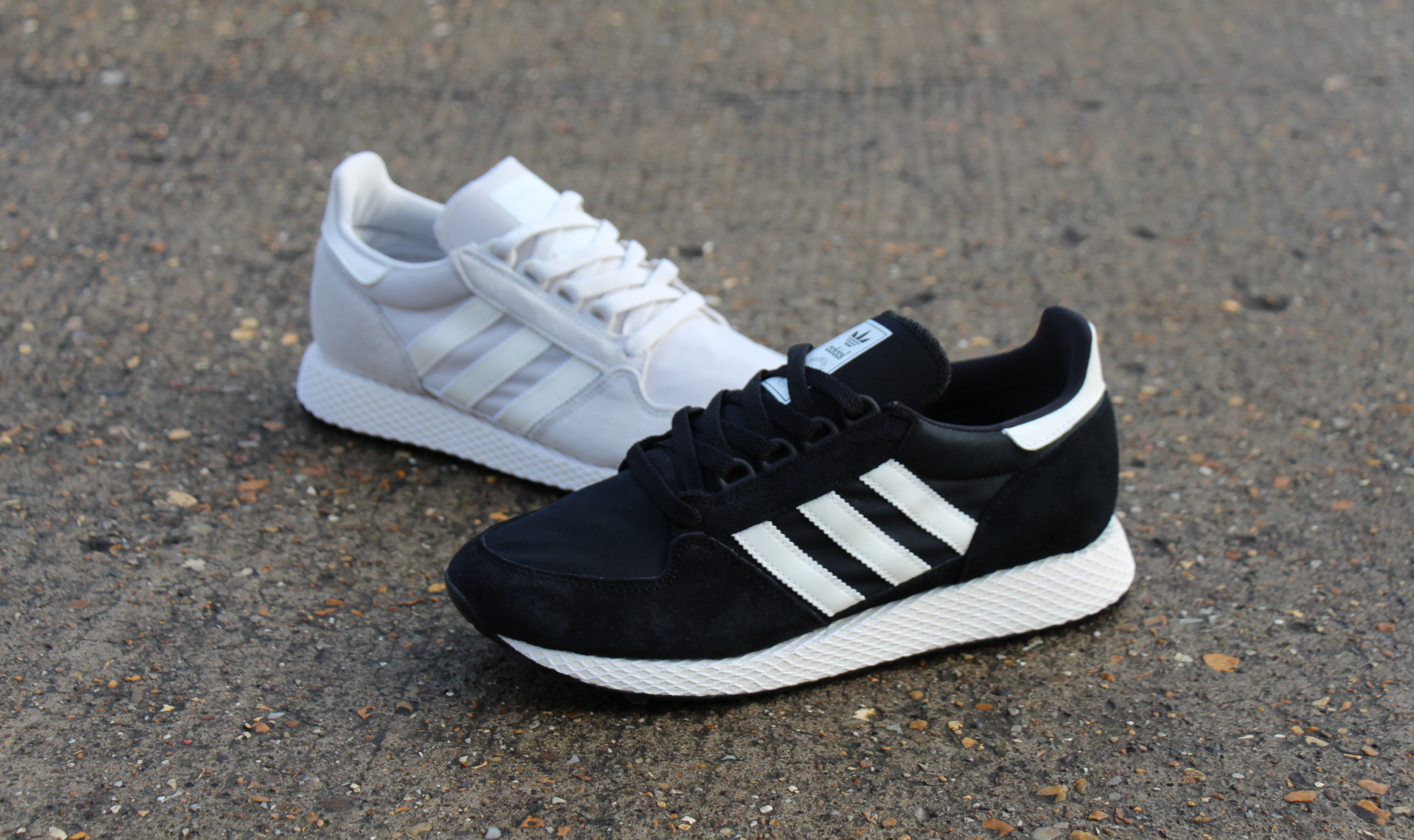 It would be hard to imagine the modern day trainer world without the adidas Oregon and all its 3 stripes running nostalgia.

It would be fair to say that adidas have given us some of the greatest running trainers of all time. Original 80s adidas running styles not only influenced a range of athletes and marathon runners from novice to pro to become the very best in their game, but also a new generation of young casuals & sportswear lovers. Among these OG 80s running trainer styles were the likes of the New York, the Boston Super, the Micropacer, the ZX Series and the adidas Oregon. In 2018, the German sportswear brand revived the Oregon from the adidas archives bringing back the 80s running shoe due to popular demand. Due to some legalities with Nike over the original ‘Oregon’ name, the trainer was re-named the adidas Forest Grove giving a nod to the University city in Oregon.

Whether it was running, basketball, football or tennis, the 80s marked a new era of sportswear endorsements with some of the best athletes that money could buy. The Oregon however was all about product knowledge and experience as oppose to quick fix marketing campaigns and contracts. It was Bill Dellinger who adidas decided to work with on the design of the Oregon, with the 3 stripes brand teaming up with the University of Oregon head running team coach. Working with Nike’s Bill Bowerman in various head coaching roles, Dellinger developed & trained numerous athletes and runners at the University. If there was anyone you wanted to design a running shoe in collaboration with, Dellinger was your man. 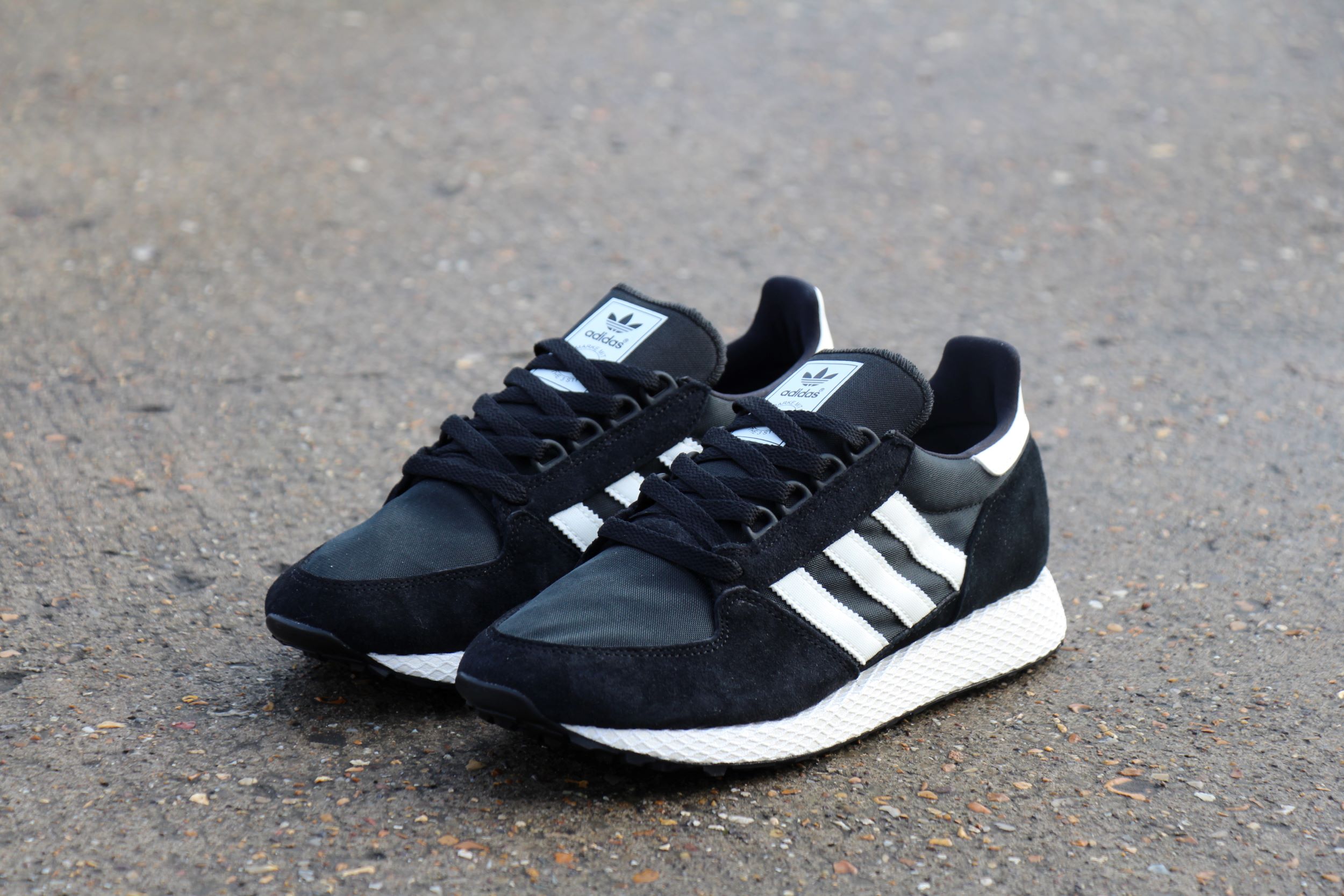 Dellinger and adidas would create a new midsole technology that would take the running world by storm, using Dellinger’s running know how and expertise to build the perfect running shoe. First released in 1982, the adidas Oregon was one of the first adidas trainers to include Dellinger’s advanced webbing system to the midsole. The game changing trainer technology added extra cushioning, support and stability to each stride. Built solely for runners needs, the Oregon also embraced the cross over between performance and lifestyle shoes. The Oregon became just as popular with non runners for its overall comfort, lightweight design and casual style. 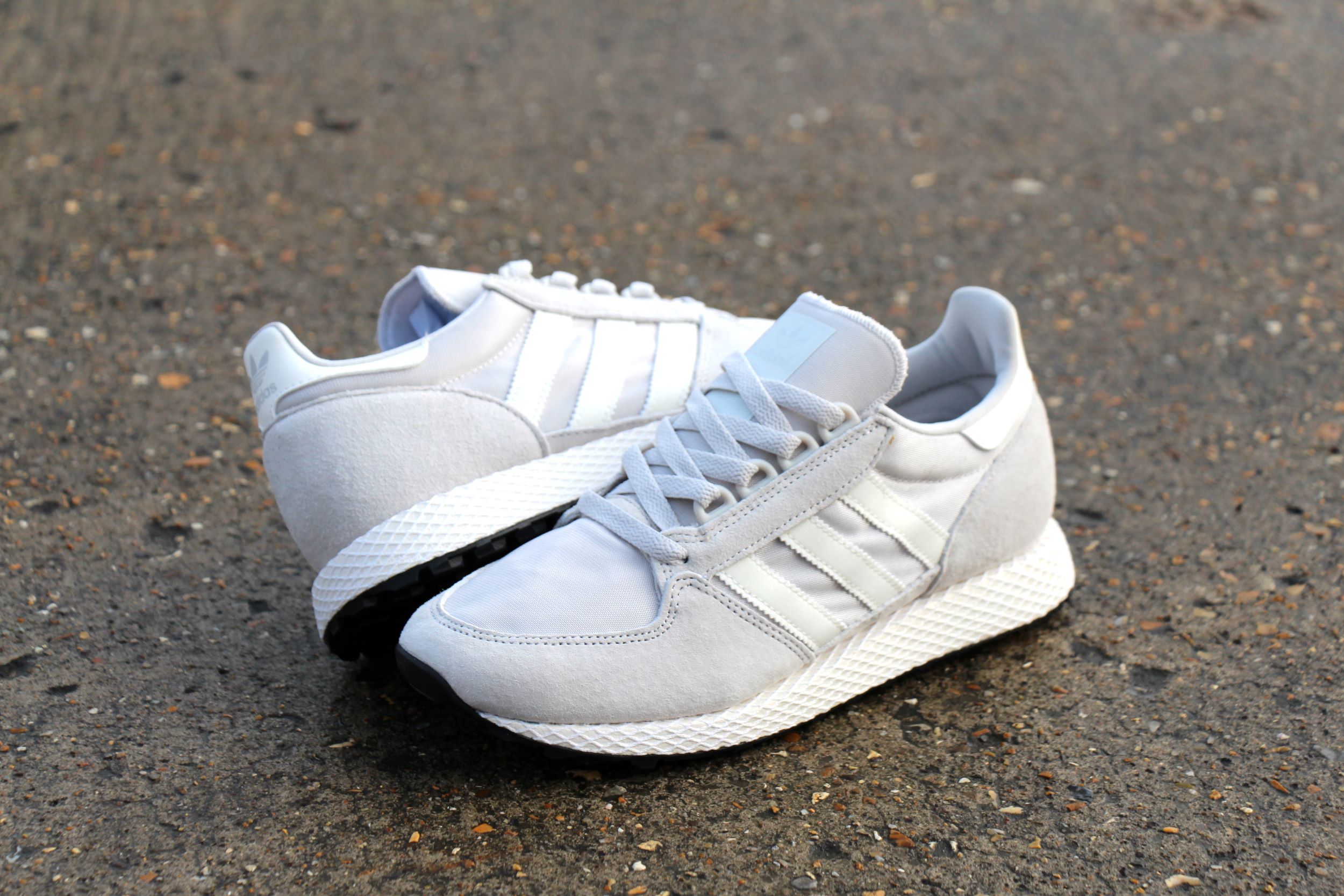 After its original re-release back in 2018, the adidas Forest Grove now returns to 80s Casual Classics in some fresh new colourways. Now introduced in some updated monochrome hues of black and grey the running spirit of the original Oregon silhouette is revived in true OG form. Features of the OG running shoe include the famous web wrapped midsole inspired from the original Dellinger webbing shock absorbent sole technology from 1982. The uppers are crafted from a mixture of premium nubuck and mesh, with the signature 3 stripes to each side and the original trefoil logo to the heel tab. Re-live the 80s running spirit of the original adidas Oregon trainer with this latest Forest Grove revival.