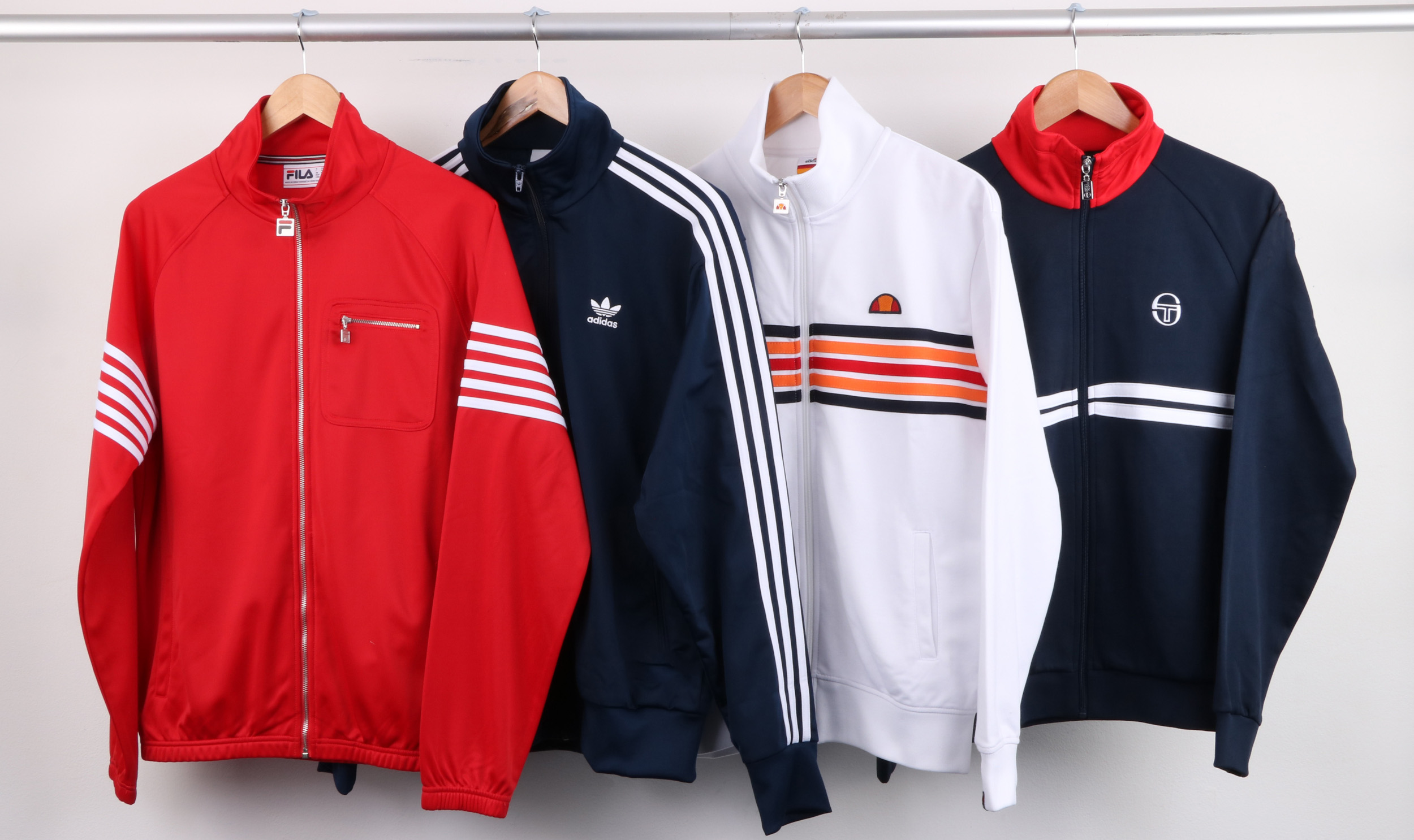 You can talk about “athlesiure” and the modern day sportswear phenomenon but the fact is the track top will always be the king when it comes sportswear. Originally designed for track athletes to wear during breaks, the track top was one of the first ever sportswear styles to also be worn for everyday use. Whether it was keeping athletes warm after 100m hurdle sprints or worn by the casuals with a pair of jeans and adidas trainers, the track top is undeniably the most quintessential sportswear silhouette ever. Our latest collection of track tops to arrive at 80s Casual Classics sees some sporty stripes (sadly not the go faster ones!) as well as some new exclusive styles. Sporty stripes have long been associated with track tops just like for example the adidas Firebird track top or the Fila 5 Stripe which both utilised stripes to their designs. 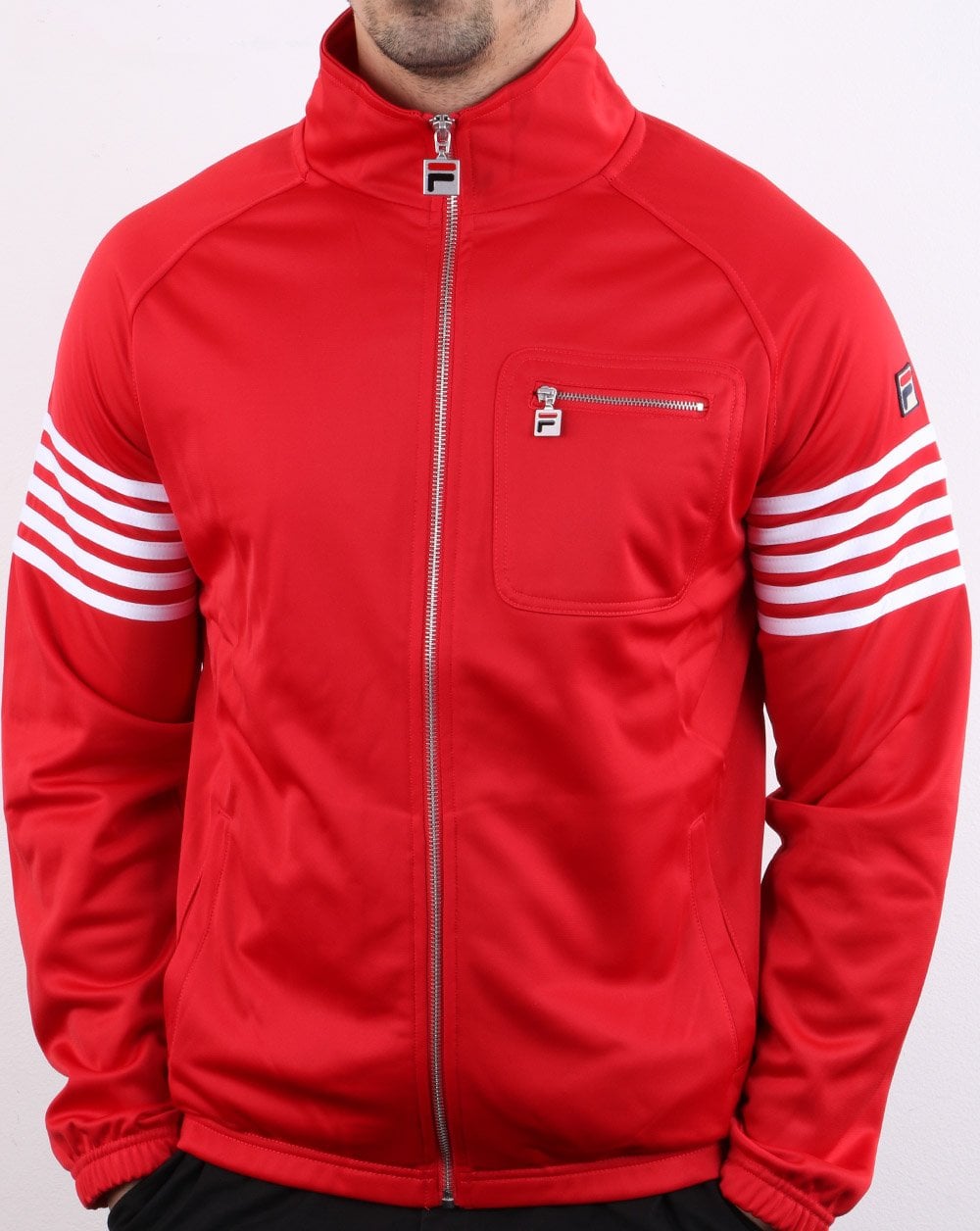 First up from our latest selection of classic track top styles is the Fila 5 Stripe. An original archive White Line design from Pier Luigi Rolando, the Fila 5 Stripe captures the magical 80s era of tennis icons, pop stars & casual sportswear. A famous 80s style that was originally worn by Wham’s Andrew Ridgeley on the Club Fantastic tour and of course spotted on Tammer Hassan in the golf course scene from The Business. 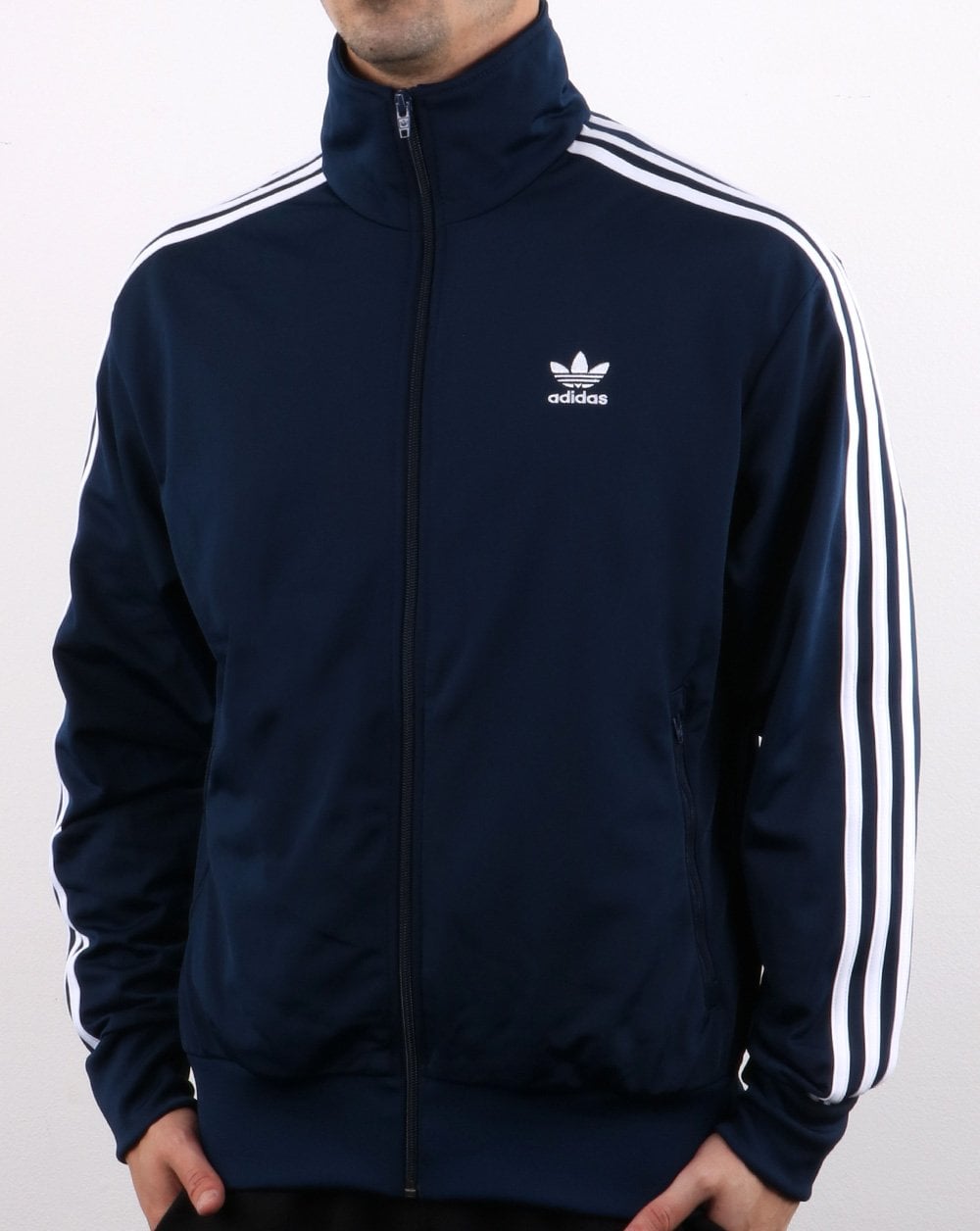 Next up we’ve got the adidas Firebird track top, an original 80s track style that really made it’s mark in the 90s thanks to the revival of retro sportswear. Whether it was reading about the ongoing Liam Gallagher & Robbie Williams feud in the NME or watching TOTP, the Firebird was usually somewhere to be seen in a range of vibrant colourways. The adidas Firebird was recently revived from the 3 stripes archives in all its 90s glory and is now available from 80s Casual Classics in a selection of OG inspired colourways. 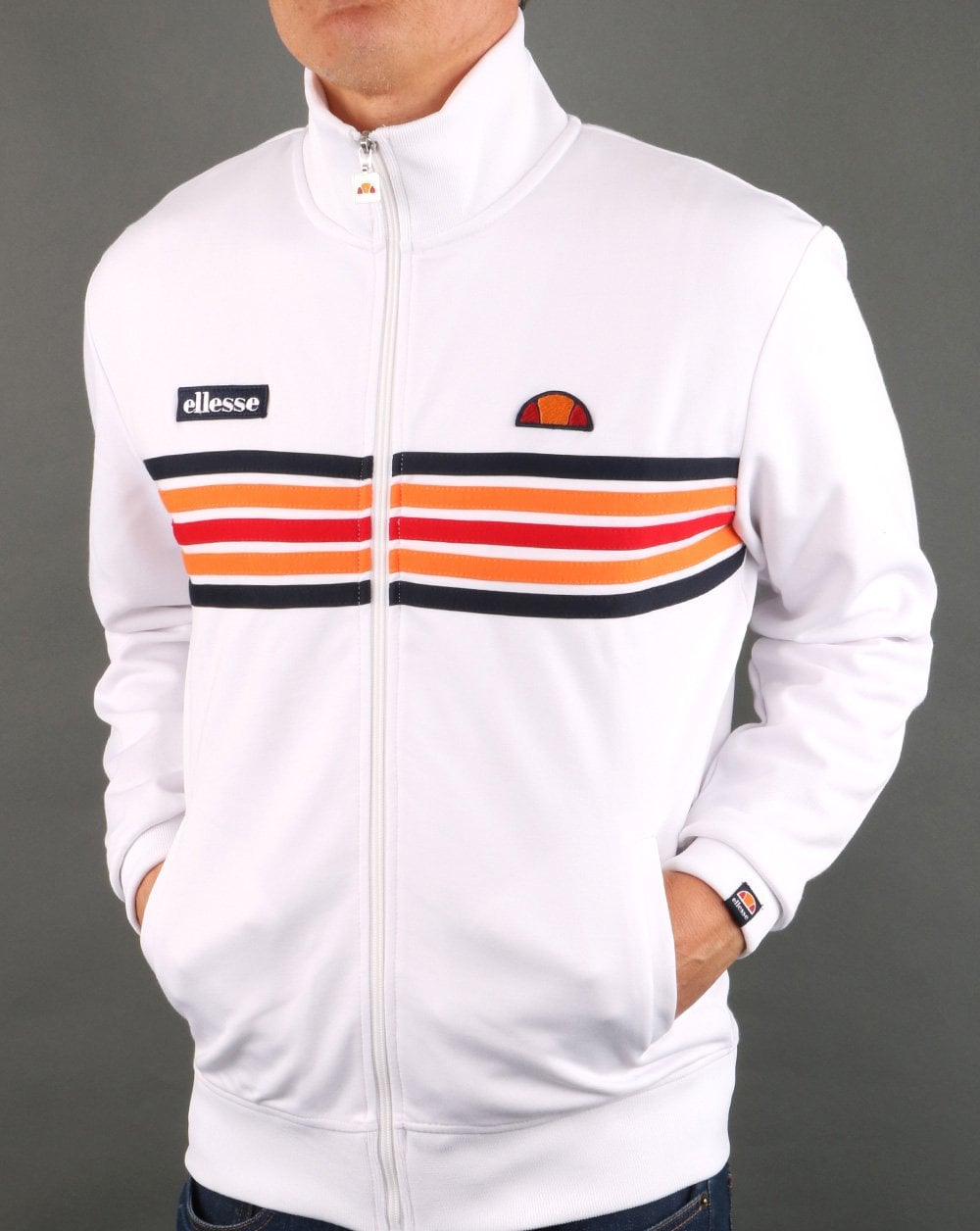 As part of our ongoing exclusive range with Ellesse we are now extremely excited to announce our very latest collaboration with the Italian sportswear brand. The Ellesse Elite track top features a unique horizontal 5 stripe design to the front in a trio of classic Ellesse colours. A must have for any Ellesse fan or retro sportswear enthusiast.

Finally we’ve got the iconic Dallas track top from Sergio Tacchini which was an original McEnroe tennis style. Worn by John McEnroe during his Grand Slam heydays the Dallas was famously worn by McEnroe has he lifted the prestigious Wimbledon trophy in 1984. The Dallas also featured in The Business and was worn by Danny Dyer in numerous iconic scenes from the British cult classic. The Dallas is now available in its original navy colourway which featured in The Business.