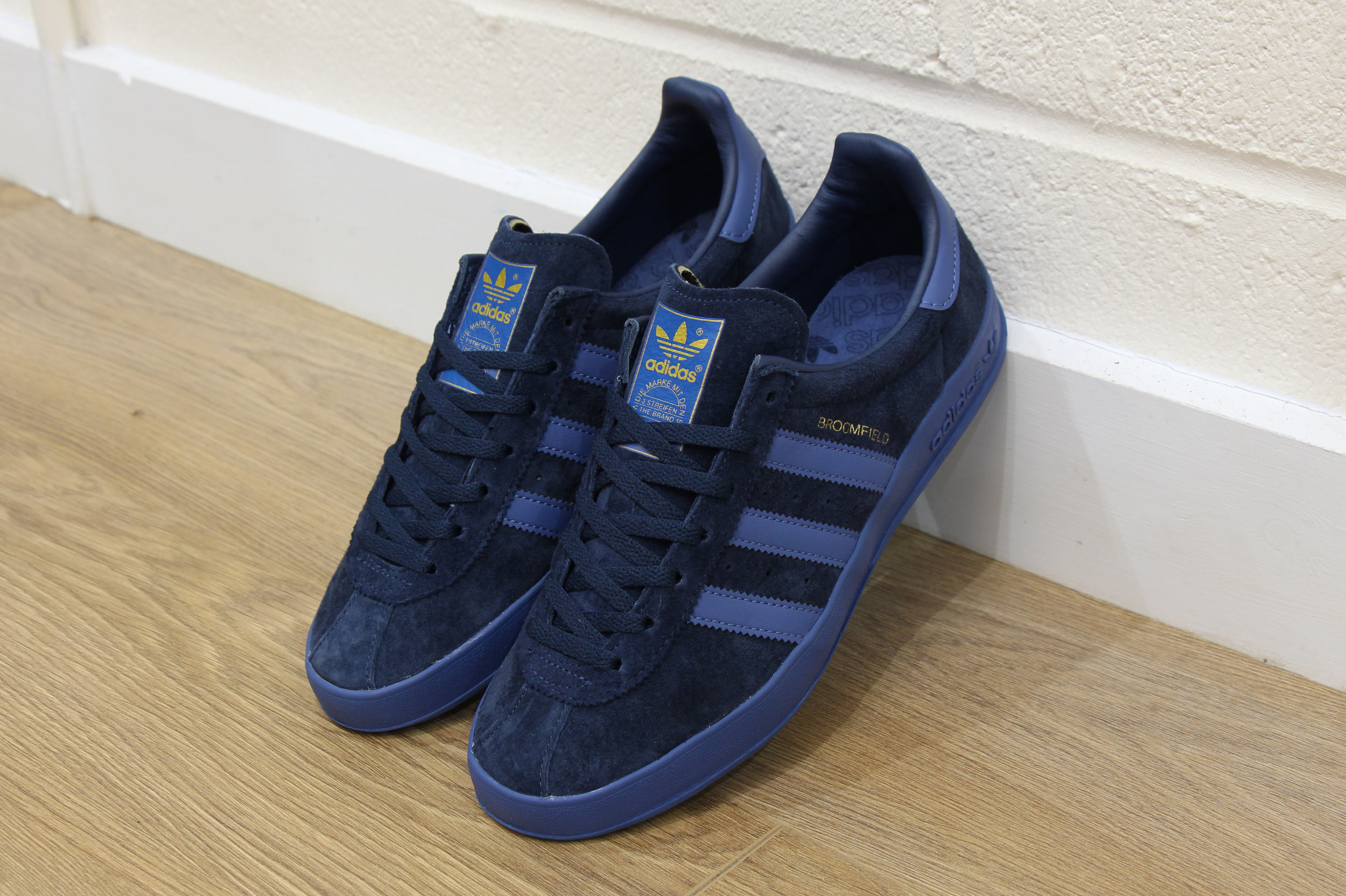 The adidas Broomfield Trainer Returns In An Updated Navy Colourway

The adidas Broomfield trainer revives the AS700 silhouette for an archive inspired release which now drops in an updated navy colourway.

Ask any adidas trainer fan or collector what really get’s them excited when it comes to the latest 3 stripes releases. One thing the majority of them will all agree on is one thing…and that’s the very special archive releases. Whether it’s in the form of inspiration or the re-release of an actual archive silhouette you just simply cannot beat the OG stuff from the 70s & 80s from the German sportswear brand. The trainer game has grown phenomenally over the last 10 years which has dramatically changed how we now connect with trainers. Thanks to the changing trainer game we’ve been treated to an assortment of OG revivals from the original City Series to Continental exclusives. One of them very special OG inspired releases is the adidas Broomfield trainer which now lands at 80s Casual Classics in an updated navy colourway. 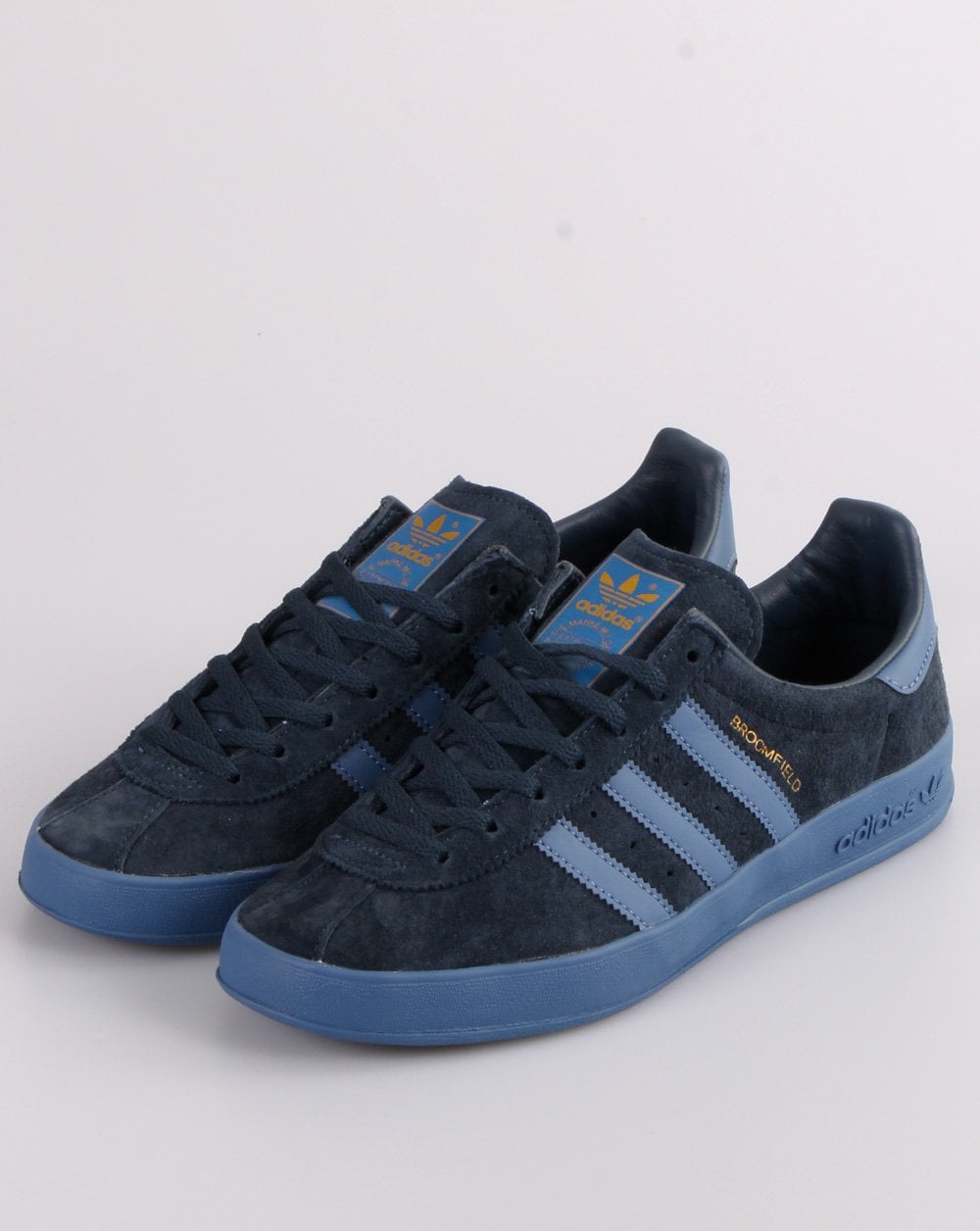 Originally released in Japan and Europe in the 1980s the adidas AS700 trainer was manufactured in Yugoslavia & Austria. The OG design boasted all the classic adidas trainer traits with a Gazelle style gum sole unit, T-toe design to the front, gold foil branding and the famous 3 stripes to the sides. Up until recently, the AS700 had been firmly locked away in the adidas archives, with adidas collectors desperately trying to get their hands on a pair of the sought after OG model. In 2017 the AS700 was revived as part of Gary Aspden’s SPEZIAL line with the Mallison SPZL, a trainer which paid homage to Mark Allison, an Airdrie FC fan who sadly died from cancer after raising over £70,000 to raise awareness of the disease. After adidas released the ‘Endorsed by Mark Allison’ Stan Smith trainer, Gary Aspden also decided to name the adidas SPEZIAL Mallison trainer after the die hard Airdrie FC fan. 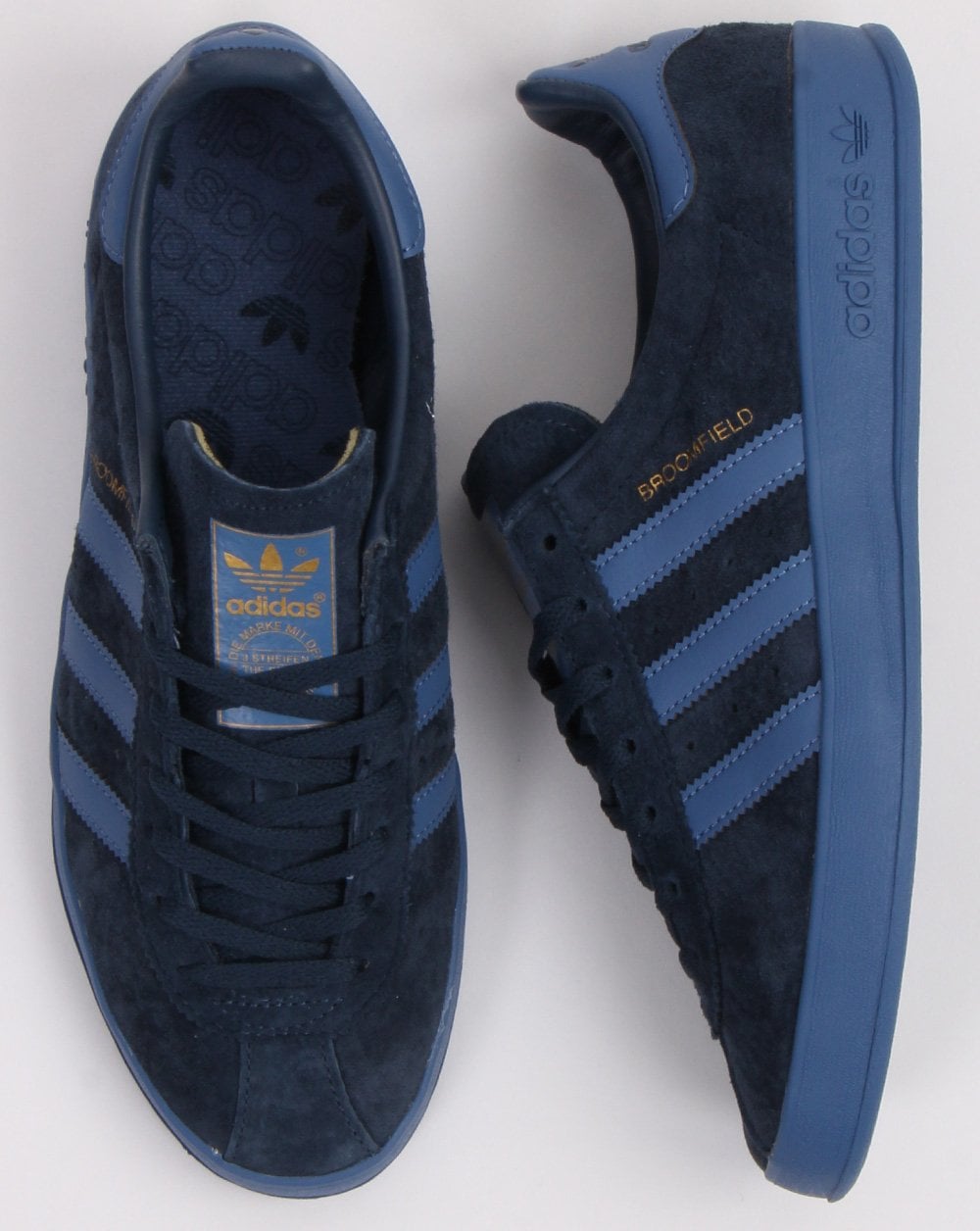 2019 saw the introduction of the adidas Broomfield trainer which continued the legacy of Mark Allison and his love for Airdrieonians F.C. Aptly named after Broomfield Park where Airdrie United Football Club played up until 1994 before it was demolished. Drawing inspiration from the adidas AS700, the Broomfield has become a firm favourite among adidas aficionados and 3 stripes collectors across the world. 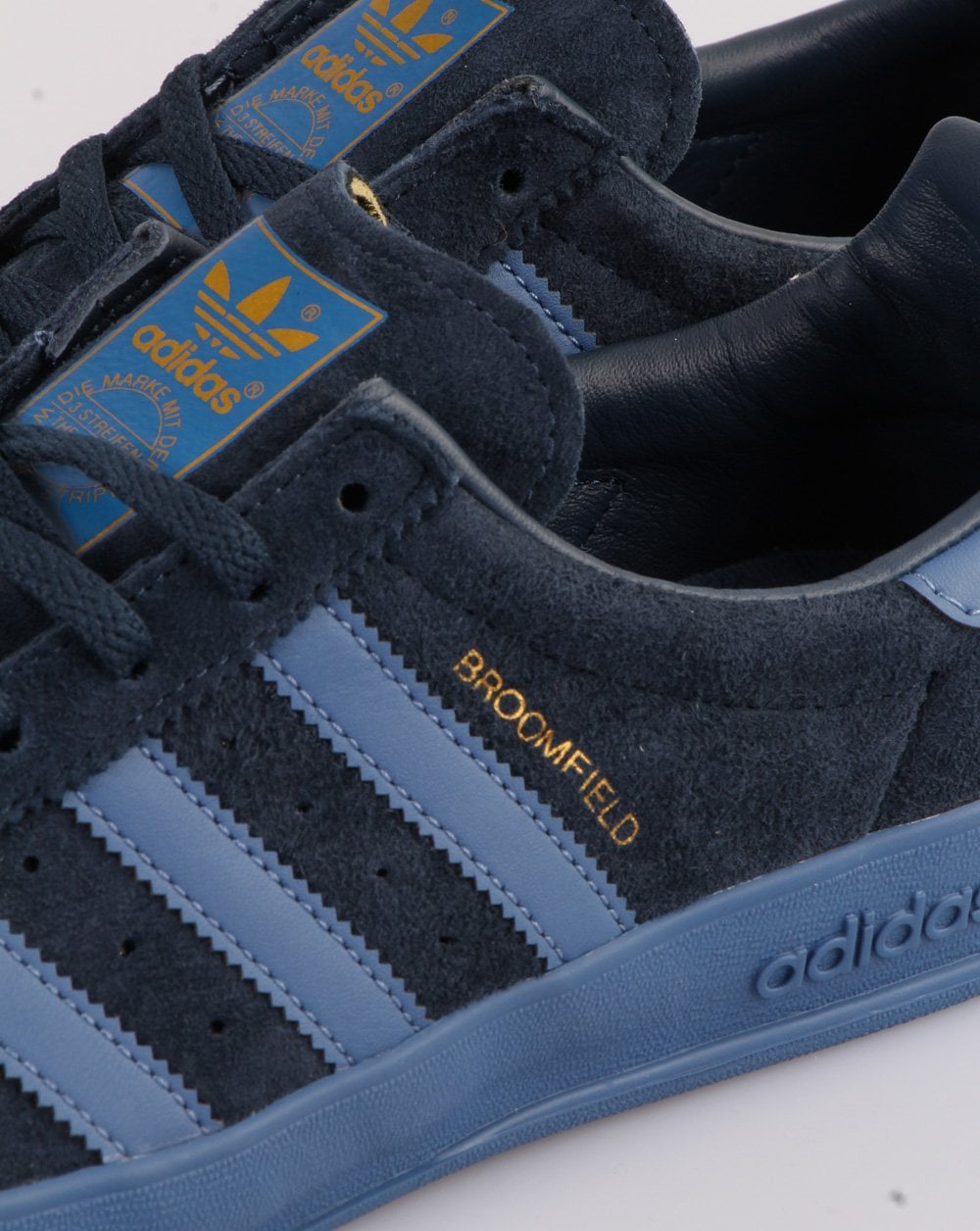 The adidas Broomfield trainer is now introduced to 80s Casual Classics in an updated navy colourway for the latest season. The OG inspired silhouette boasts premium suede uppers alongside the original T-toe design to the front of the shoe with contrasting leather 3 stripes and perforations to each side. The Broomfield trainer is finished off with original trefoil branding to the suede tongue and ‘BROOMFIELD’ in gold foiling to the sides. A must have adidas style for any serious 3 stripes trainer collector.