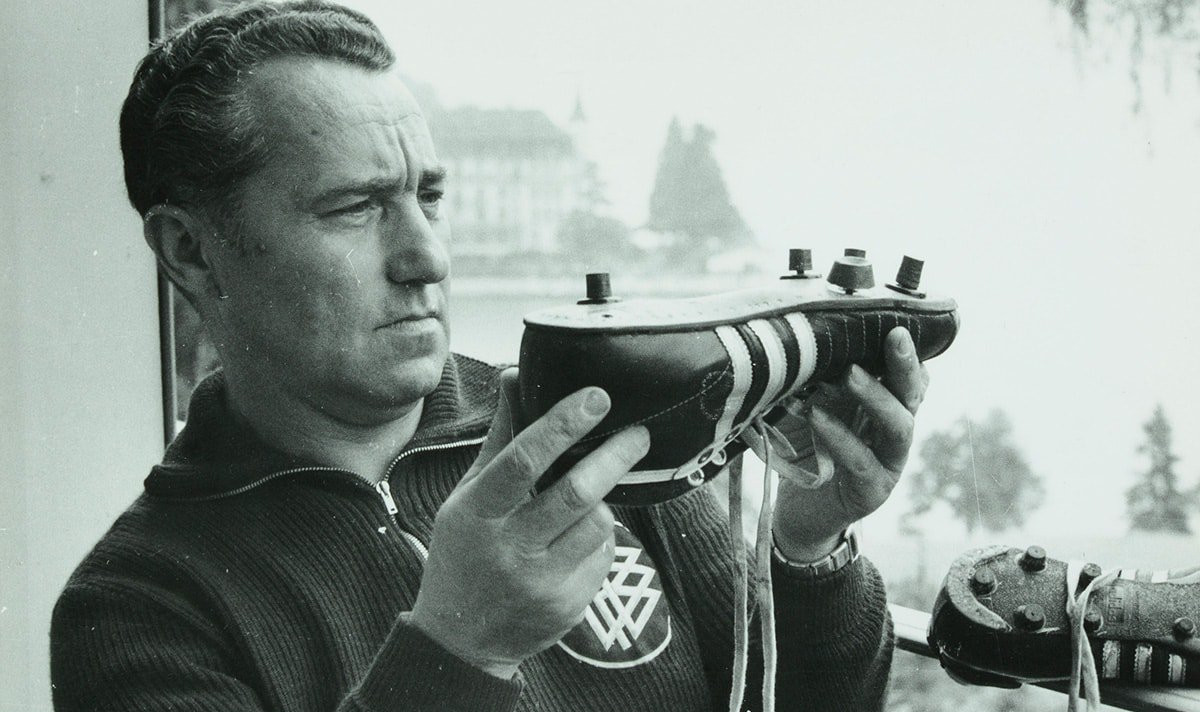 2019 marks the 70th anniversary of the German sportswear brand, adidas, we take a look into the world of Adi Dassler and ‘Die Marke Mit Den Drei Streifen’.

There’s literally only a few brands on the entire planet that have the same clout and respect in the world of sportswear that adidas does. A game changer, a performance innovator and an industry leader in trainers, apparel, sportswear and kit, the 70th anniversary of adidas falls this August 2019. Marking 70 years since Adolf (Adi) Dassler officially registered the German company ‘Adi Dassler adidas Sportschuhfabrik’ with 47 employees in the German town of Herzogenaurach, the now home of ‘Die Marke Mit Den Drei Streifen’. The brand now boasts 57,000 employees across all continents with some of the most sought after styles to ever be released and a loyal following of Dassler disciples.

Above: Adi Dassler with his ‘screw in stud’ football boots as worn by the West German football team in 1954.

Before adidas officially came on the scene in 1949, Adi and his brother Rudolph had worked together as part of the Dassler Brothers Shoe Factory, introducing spiked running shoes for athletes like Jesse Owens in the 1936 Berlin Olympics. Adi and Rudolph parted ways in 1947, with Adi setting up his own footwear brand, adidas in 1949 and Rudolph launching his very own sportswear brand, Puma. Not many brothers can surely claim they both set up one of the largest sportswear brands to ever exist? The story of Adi and Rudolph is certainly a very unique one! 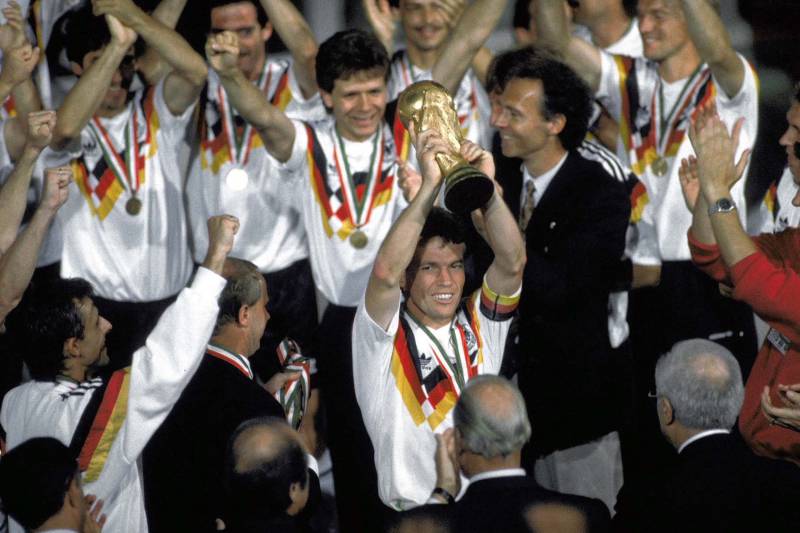 Above: adidas Beckenbauer fever, Franz Beckenbauer with the West German football side at Italia 90′.

Adi Dassler’s main focus with adidas to begin with was football boots and not just doing any old football boots, but making the best. His innovative screw in studs became a game changer in the world of football with the West German team wearing his latest 3 stripes invention to win the World Cup in 1954 against Hungary. The German football connection carried on with the iconic Franz Beckenbauer tracksuit which was released in 1967 and started a whole new sportswear led business for the Herzogenaurach born brand. The Beckenbauer connection saw the German football legend also lead the West German side to victory in Italia 90′ with the team wearing what is considered by some as one of the best adidas football kits of all time. 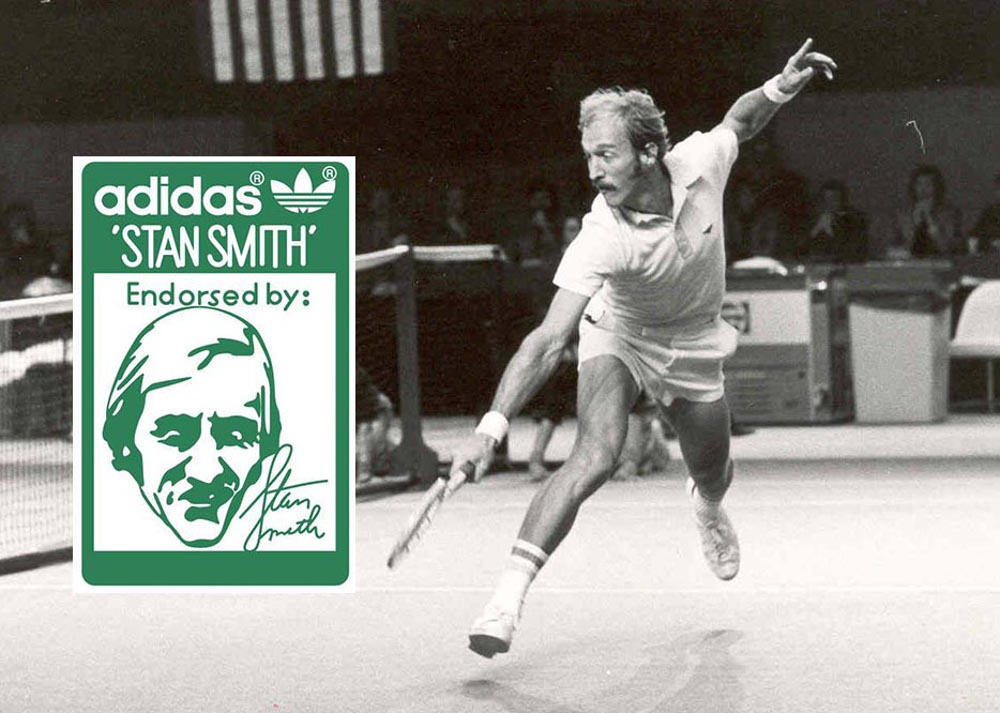 Above: The adidas Stan Smith trainer was the first tennis shoe from adidas to break world sales records.

addias also introduced iconic tennis trainers like the Stan Smith or the Robert Haillet as it was originally called, a style which would go on to be a world record selling shoe. In 1972 adidas introduced the iconic trefoil logo, now a symbol of the Originals line, the trefoil is all about performance and athletic heritage. The 70s and 80s saw the brand introduce some of the most innovative tennis and running shoes from the Forest Hills to the ZX line, we could go on… 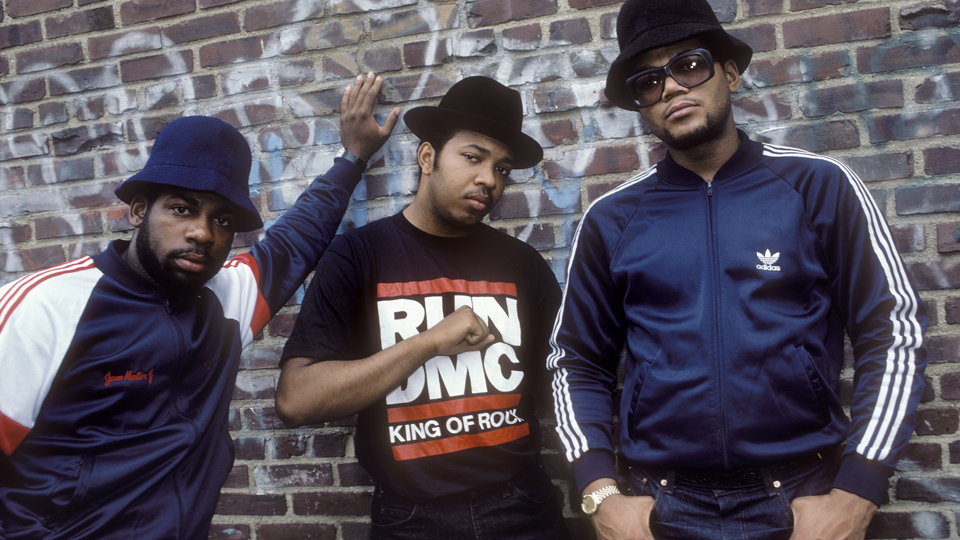 Above: The Run DMC addias connection started a new revolution of musical endorsements.

After the death of Adi Dassler in 1978, his son Horst took the 3 stripes reigns up until 1987 when he also sadly passed away. This era was also critical to adidas as it saw them really up their footwear game with the introduction of innovative running styles like the Micropacer which featured a mini computer inserted into the tongue. The 80s also saw the birth of the 3 stripes hip hop connection with artists like Run DMC dropping tracks like ‘My Adidas’ in 1986. This musical connection would eventually lead to endorsements from a wealth of talent and creatives such as Kanye West, Pharrell Williams, Snoop Dog, Stormzy, Missy Elliot and Rita Ora to name a few. The casual connection was also born in this era with retailers like Wade Smith supplying the demand for all things 3 stripes, ‘trainees’ and exclusivity in Liverpool throughout the 80s. 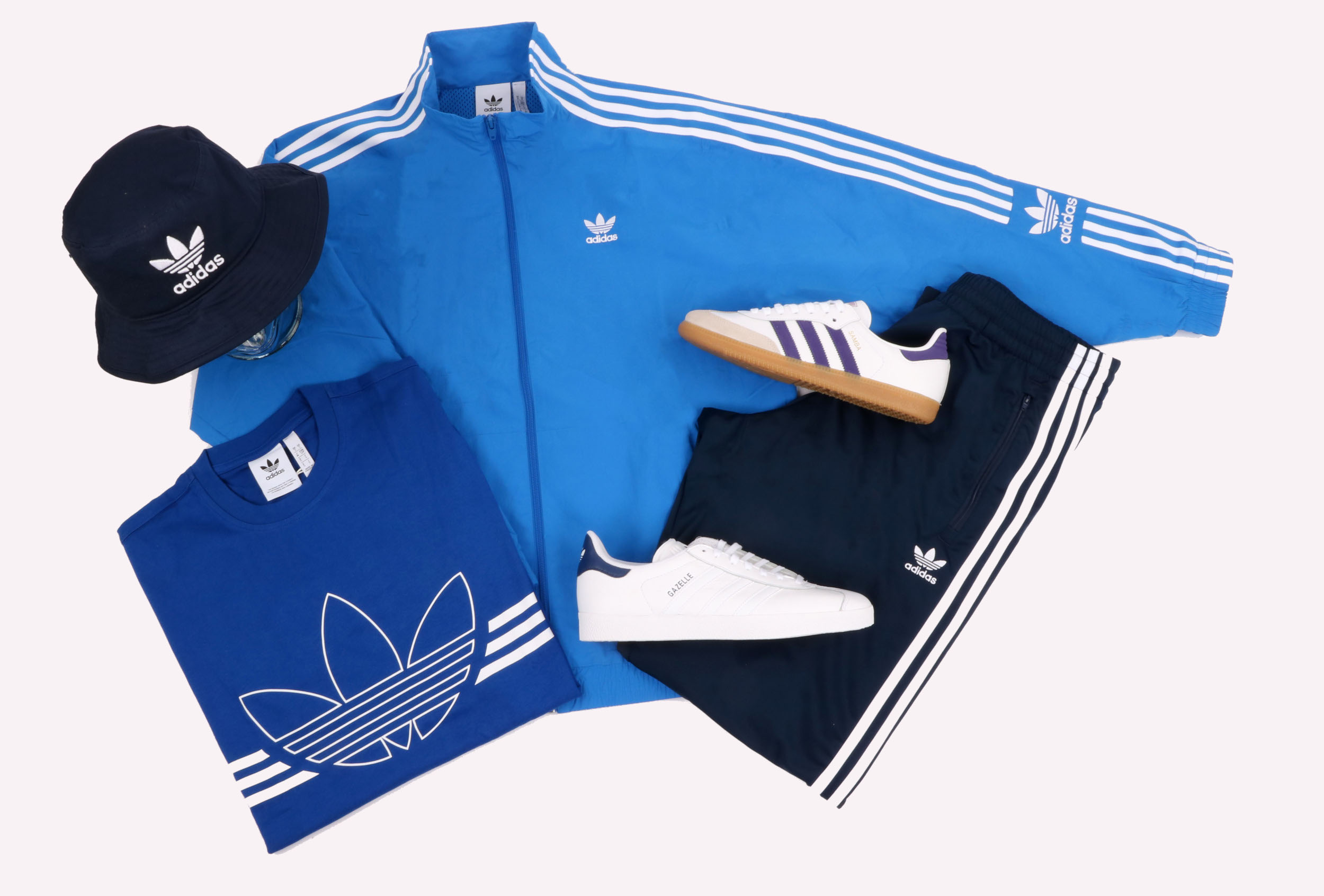 Above: The latest collection of adidas trainers and apparel available now from 80s Casual Classics.

Alongside other notable sportswear brands from the 70s, 80s and 90s, adidas remains a key part of our heritage and brand roster at 80s Casual Classics. In celebration of the adidas 70th anniversary we have put together a selection of wares from the latest collection from the German sportswear brand including trainers, tracksuits, tees and accessories. Highlights include key trainer styles like the adidas Gazelle and adidas Samba OG alongside the latest line of Originals’ apparel such as archive inspired track tops from the 1970s, adidas Firebird tracksuits, trefoil tees and bucket hats.