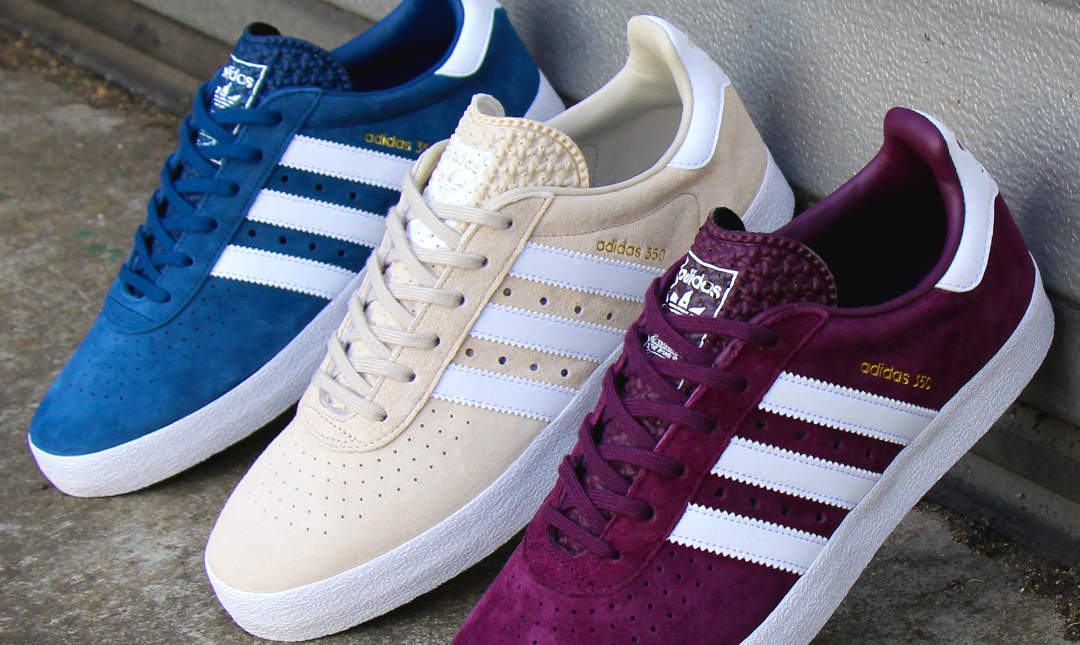 The adidas 350 trainer makes a celebrated return from the 3 stripes archive with a global release.

Originating from the 3 stripes heydays of the early 1980’s the adidas 350 trainer was first released as a Japanese only exclusive. Part of the AS series the 350 was a court trainer, becoming a highly sought after classic due to its rarity. The 350 trainer saw a resurgence thanks to its release as part of the SPEZIAL SS16 range alongside other archive silhouettes such as the ZX400. The signature perforations incorporated into the contrasting 3 stripes and toe vamp have made the 350 trainer a stand out style with the re-issued version looking to the classic casual style for inspiration. The re-release marks a new era for the sought after 350 silhouette for those who remember the original release and a new generation of 3 stripes admirers and followers. Capturing the adidas nostalgia of the 80s, this archive silhouette has already become a firm favourite amongst a new wave of collectors and trainer enthusiasts. 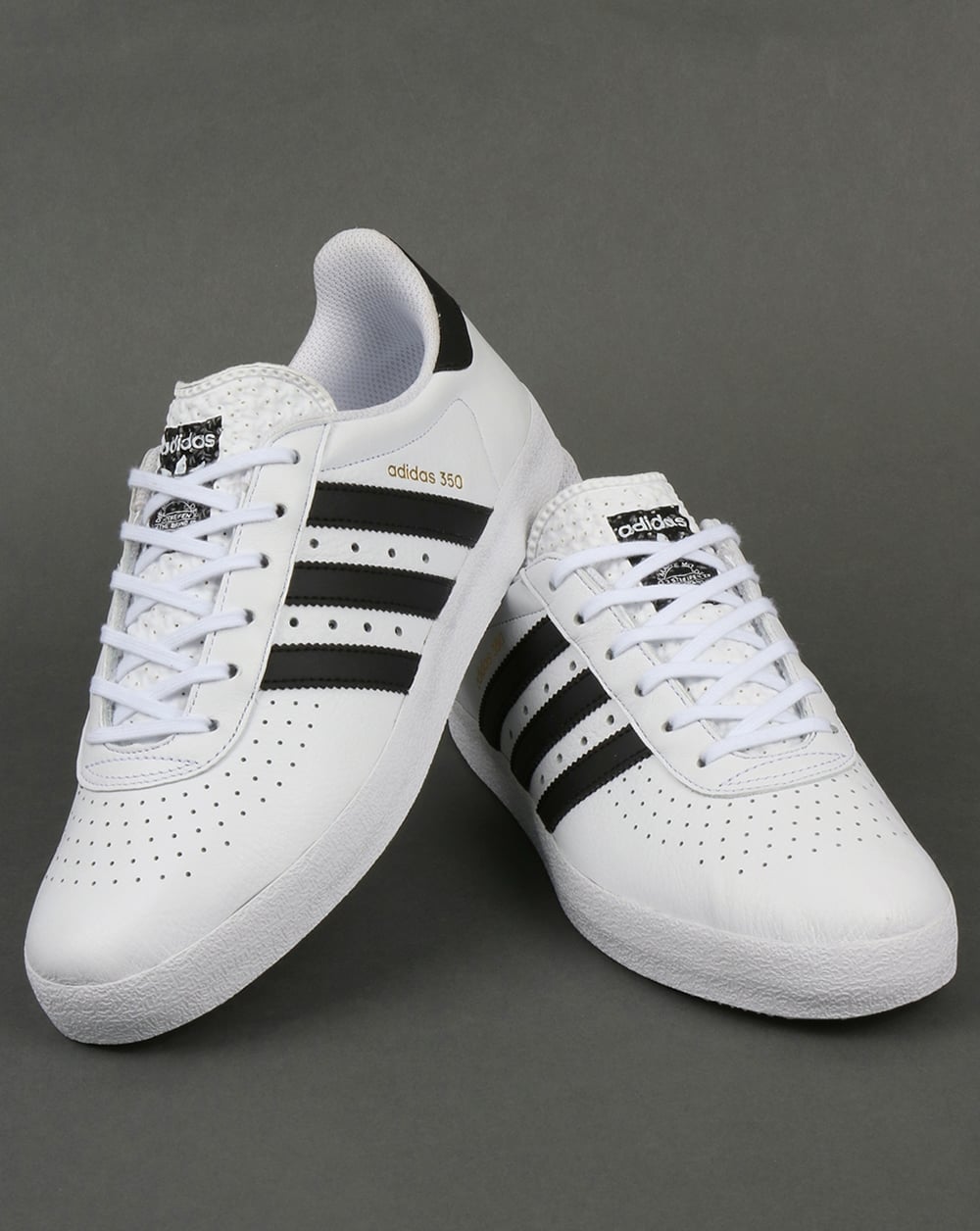 Above: adidas 350 trainers in white/black leather

Now available as part of the adidas Originals line, the 350 follows on with the SPEZIAL re-issue coming available in an assortment of different colourways and materials. We’ve got a great selection of the iconic 350 trainer available here at 80s Casual Classics including the ‘uber’ clean looking black/white and white/black premium leather iterations, which look just as good as any other adi style. If its colour you’re after then we’ve also got you covered with deep plum, off white and blue night iterations which all feature premium nubuck uppers for a slightly different aesthetic. Each of the nubuck styles features a contrasting clean white sole unit, signature 3 stripes and heel tab. If you haven’t already added the 350 to your trainer collection, then its probably about time you did to get a piece of this archive 3 stripes classic. Team them up with our selection of classic retro tracktops, and you’ll be onto a winner.

The adidas 350 trainer is available now from 80s Casual Classics. 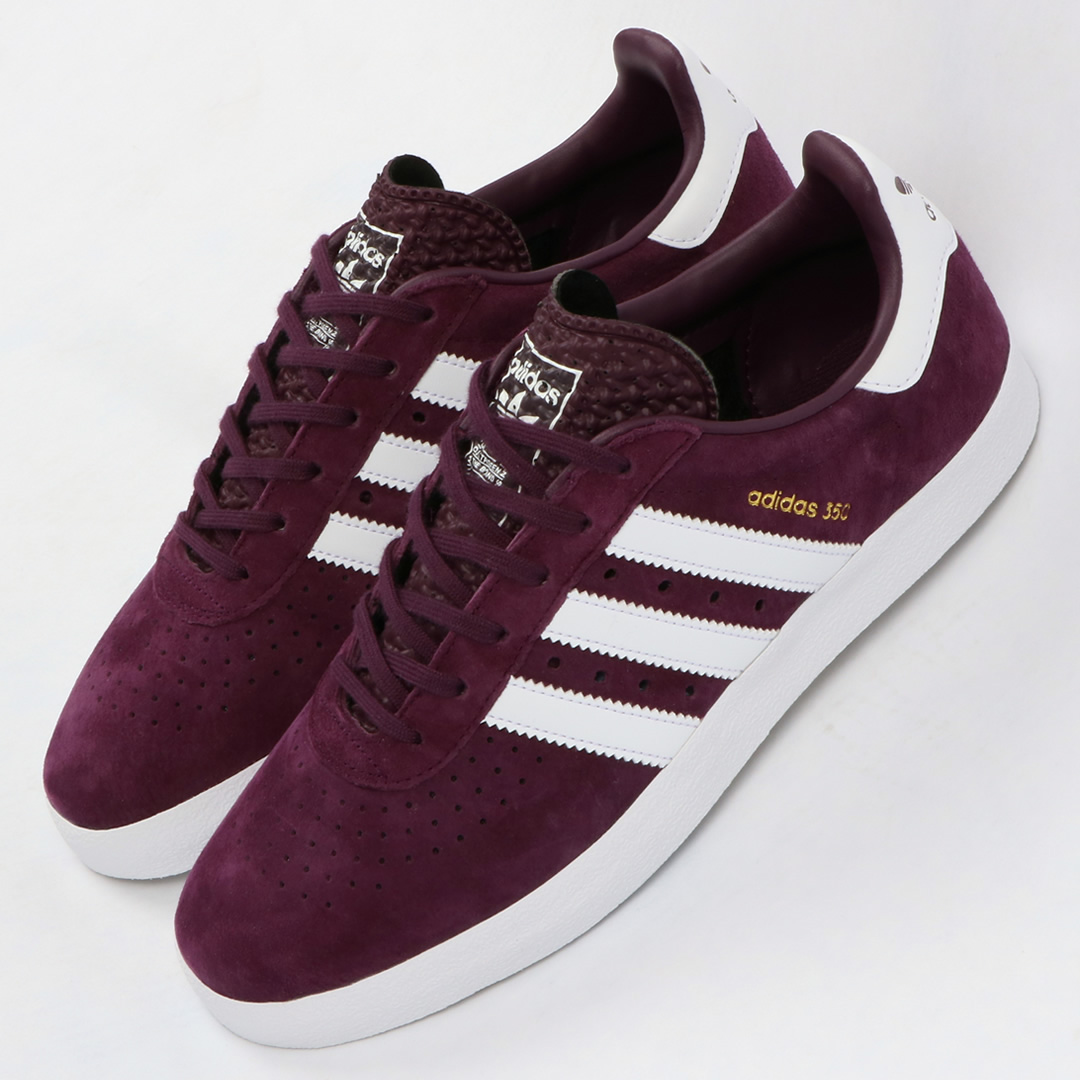 Above: adidas 350 trainers in deep plum/white