The adidas 3 stripes t-shirt is just about as iconic as it gets when it comes to classic adidas sportswear.

How did a simple t-shirt design with 3 stripes running down the sleeves become so iconic? Well nostalgia for one. OG adidas training styles like the Beckenbauer tracksuit & the adidas 3 stripes t-shirt were game-changers of their era. These iconic adidas styles were released at a time when sportswear became sportswear and sponsorship really made its way into sport. Just like Admiral had taken the world of British football by storm as a pioneer in football kit designs, adidas were beating the Deutschland drum in the Bundesliga. With endorsement deals with Der Kaiser (Franz Beckenbauer) & the West German national football team, adidas started to create a range of training apparel that would become some of the most iconic sportswear ever. These simple archival designs have stood the test of time and continue to be just as popular today as they were some 40 years ago. 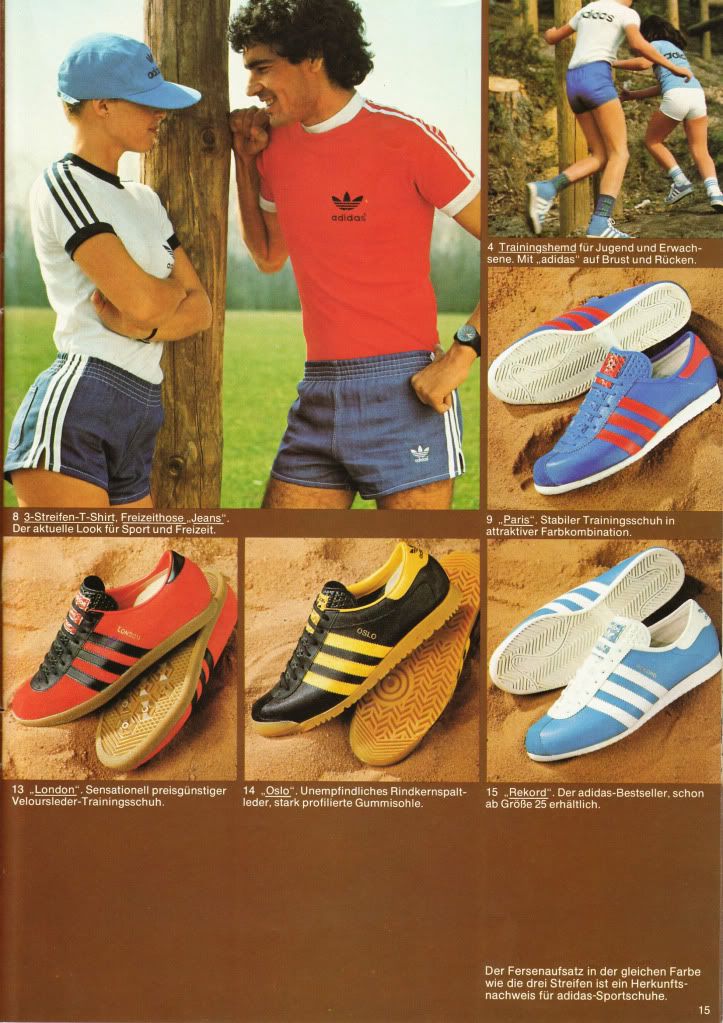 Above: “3-Streifen-T-Shirt”, a vintage German adidas catalogue from the 1970s.

First released in 1973, the adidas 3 stripes t-shirt was a staple sportswear style worn by athletes for training activities. Like a lot of the classic adi stuff the design was relatively simple. A crew neck t-shirt with 3 stripes running down each arm with contrasting cuffs, collar & stripes. The original trefoil logo sat on the left chest, something which adidas Originals would later revive from the archives. Sportswear had changed and it was adidas that really set the benchmark when it came to performance and also looking the part. The combination of unique designs, the trefoil logo and their iconic 3 stripes gave adidas it’s own unique identity. 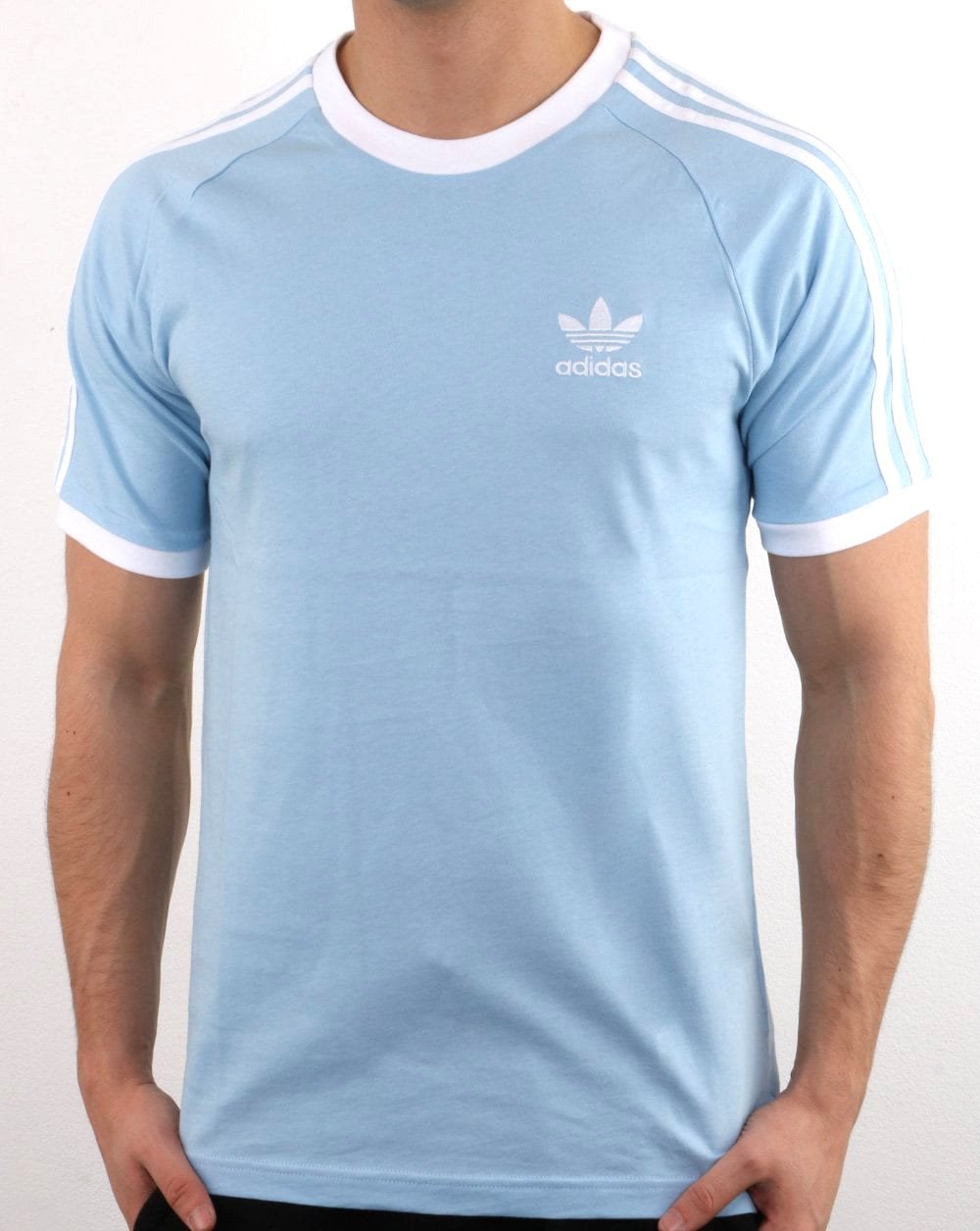 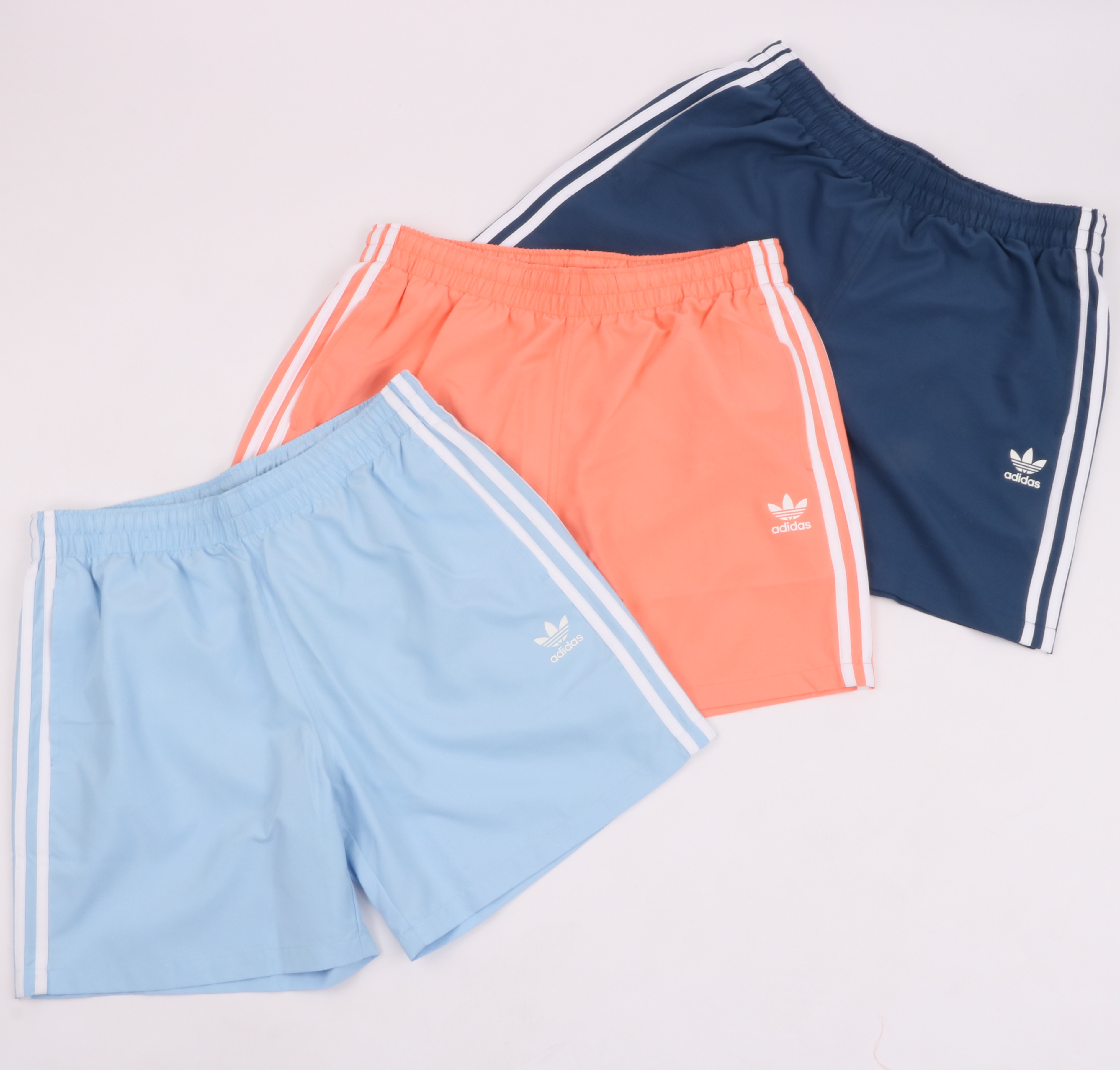 The adidas 3 Stripes t-shirt now returns to 80s Casual Classics in a range of fresh colourways such as sky blue, coral, easy yellow & soft green for a summery spin on the retro icon. Made from soft cotton jersey, the tee is great for them long summer days and features all the usual hallmarks of the classic 3 stripes design. We’ve also introduced the adidas 3 Stripes swim shorts for the latest season in some matching colourways which draw inspiration from the original 3 Stripes shorts from the same era of classic sportswear.