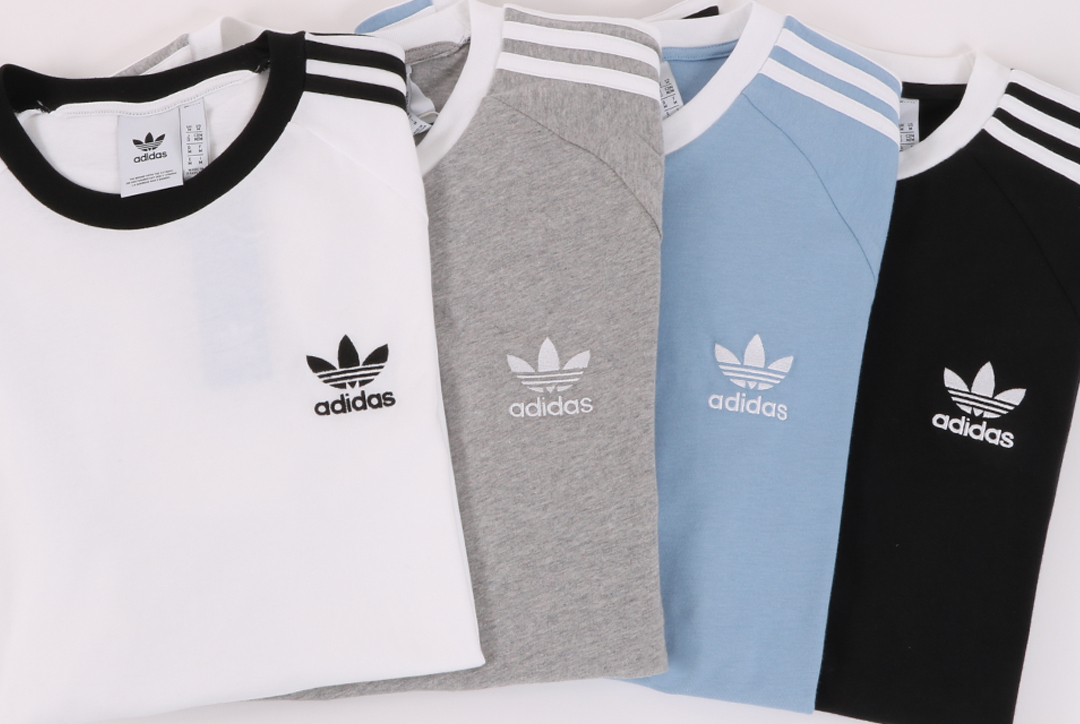 The adidas 3 Stripes T-Shirt is A Staple Sportswear Style

As far as iconic sportswear goes it doesn’t really get much better than the adidas 3 Stripes t-shirt or California t-shirt as it is also known.

Who would have thought something so simple as putting some stripes down the sleeves of a t-shirt would become so iconic? The adidas 3 Stripes t-shirt, or California t-shirt as it is also known, is arguably one of the most recognisable sportswear styles of all time. Still looking just as fresh today, it was the 1970s that first saw unbranded sportswear replaced by the big sportswear brands such as adidas, PUMA & Nike. Adi Dassler and “die marke mit den drei streifen” were at the very forefront of the branded sportswear revolution working with a range of top athletes & football icons. 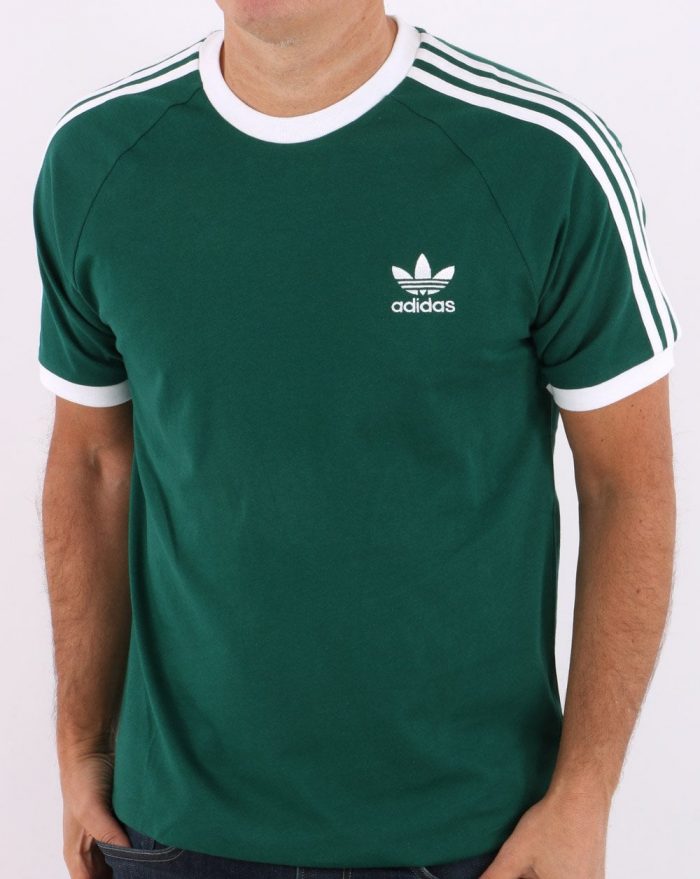 The 1974 World Cup was a great example of how the football sponsorship world was changing. Franz Beckenbauer and the West Germany national team wore adidas tracksuits in the dugout yet their kits were still unbranded. If you dig into the 3 stripes archives you can find original sportswear catalogues from 1976 with 3 stripes apparel from the original 3 stripes t-shirt to full training tracksuits. Tying in nicely to the arrival of the Casuals in the late 1970s, adidas quickly became so much more than just football boots & running shoes. Over the last 45 years the simple ringer t-shirt design has become an icon of classic sportswear & original retro style. 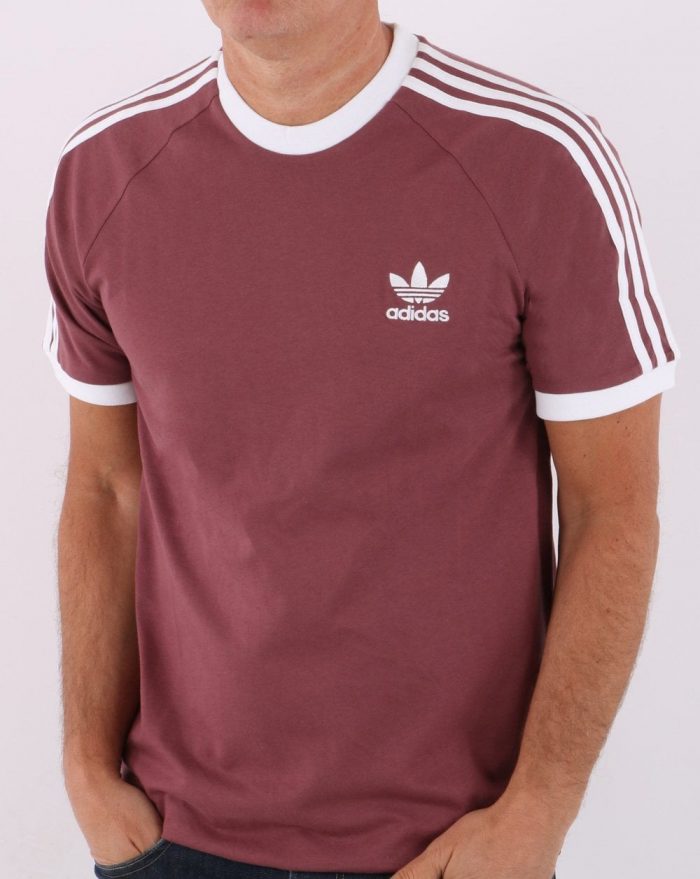 Moving into the 1990s, the original 1970s design really made its mark during the Britpop heydays of the era courtesy of the retro sportswear revival. As seen on a range of Britpop royalty such as the Gallagher brothers and Damon Albarn, the ringer design was even used to inspire official Oasis merch t-shirts. If you had to name a single item of clothing the really optimised the whole 90s Britpop era it would probably be the adidas 3 Stripes t-shirt above anything else. 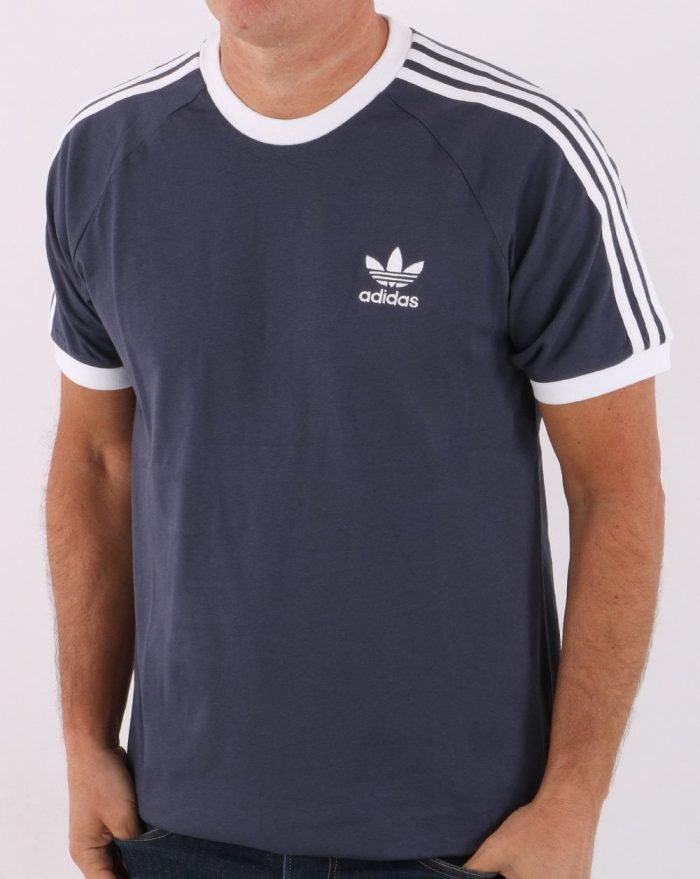 Above: The adidas 3 Stripes t-shirt in navy now available from 80s Casual Classics.

The original retro sportswear style now returns to 80s Casual Classics in a massive selection of classic colourways such as collegiate green, navy & quiet crimson. Featuring the original ringer design from the 1970s, the retro tee is made from 100% cotton and features the signature 3 stripes to each sleeve. Finished off with original trefoil branding to the left chest alongside contrasting neck & cuffs, the retro 3 stripes t-shirt is a must have staple sportswear style. Great with a pair of jeans for a more casual look or with a pair of joggers down the gym, the 3-stripes tee looks great no matter what the occasion. Shop the latest collection of adidas Originals apparel now via the links.