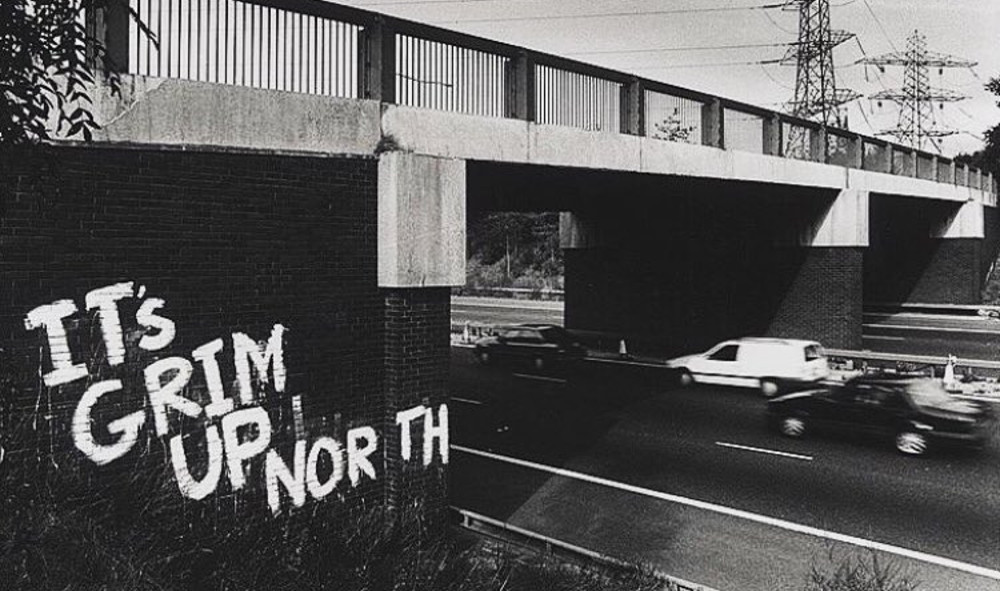 Born in the North West of England, 80s Casuals captures the nostalgia of the UK’s casual culture and everything associated with it from the 1980s to modern day.

With famous tag lines like ‘It’s Grim Up North’, the slogan has become synonymous to the whole casual scene ever since they released their first graphic tees back in the early noughties. We’ve now introduced an assortment of 80s Casuals styles with their famous graphic t-shirts capturing everything from the legendary Oasis front man to their iconic Northern influences and designs. Each tee is made from 100% cotton and also features the 80s Casuals red tennis ball logo to the left sleeve. 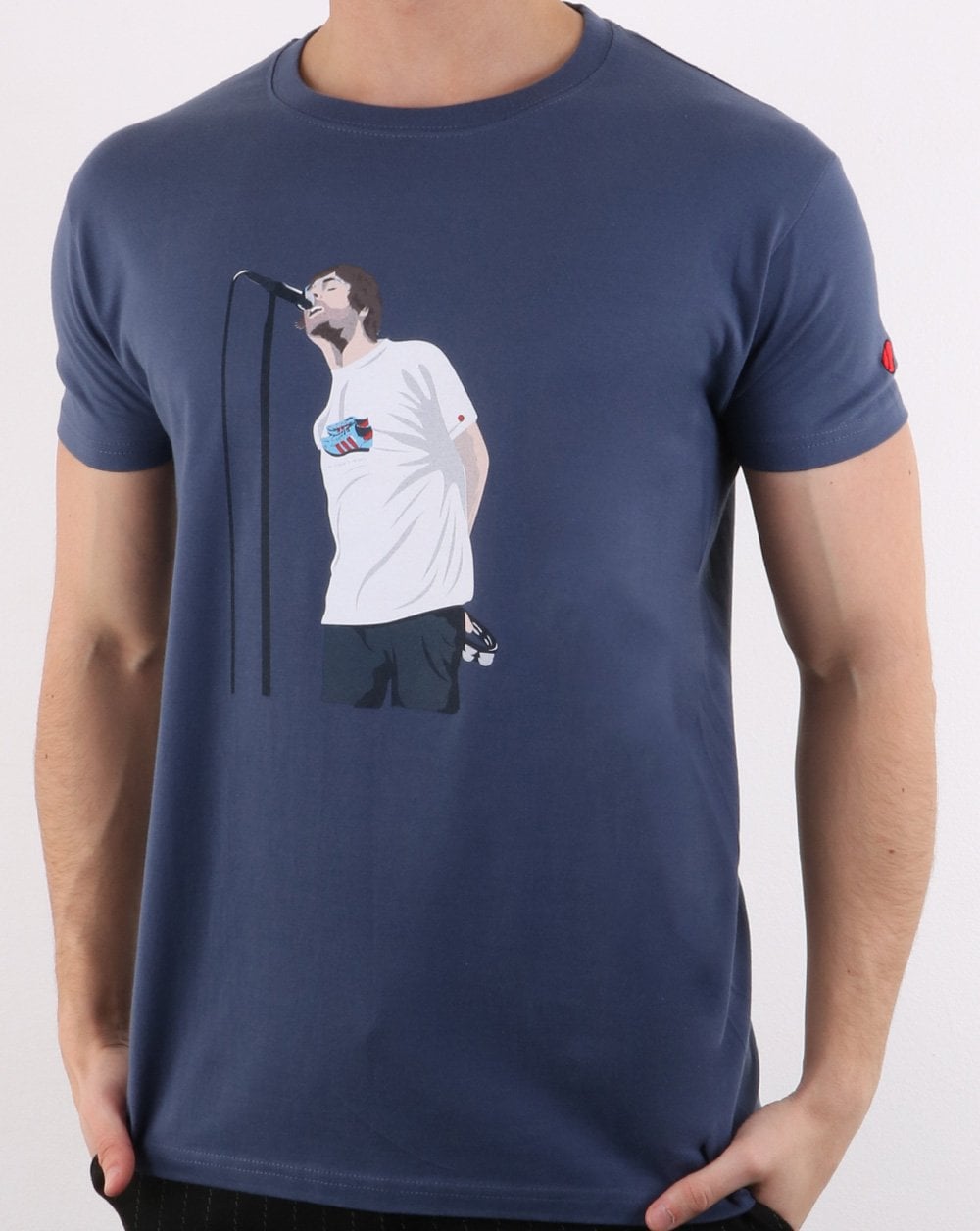 Liam Gallagher once said “My style comes from football and all that casual thing”, which still remains true to this day. A pin up boy for 90s lad culture, Britpop and Mancunian music, Liam is never shy to show is die hard support for his team Manchester City. In one legendary video from the noughties Liam is asked 10 things he loves and hates. Some of the things he loves included his family, clothes, whiskey, The Beatles and Man City. For the 10 things he hates he just lists Man Utd 10 times. The Manchester t-shirt from 80s Casuals celebrates all things Mancunian and casual and features Liam Gallagher in his signature ‘hands behind back tambourine in hand’ pose wearing a t-shirt with the adidas GT Manchester SPZL trainer from 2016. 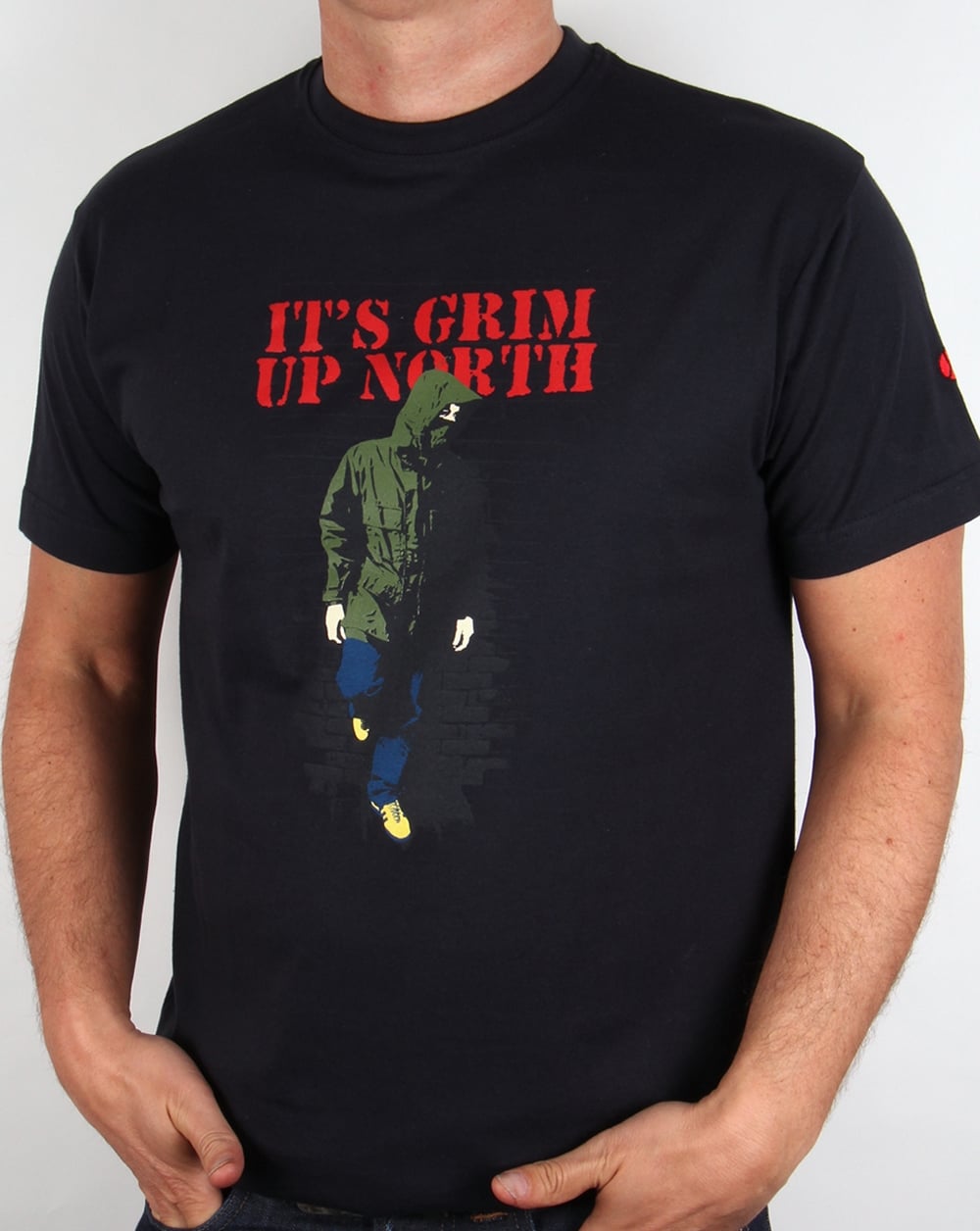 The 80s Casuals ‘It’s Grim Up North’ t-shirt draws inspiration from the famous graffiti that could be seen Northbound on the M1 in the early 1970s and the fact it genuinely can be quite grim up North compared to the glitz and glamour of the capital! The t-shirt features some iconic casual fashion including the adidas Jamaica trainer from the legendary Island series. 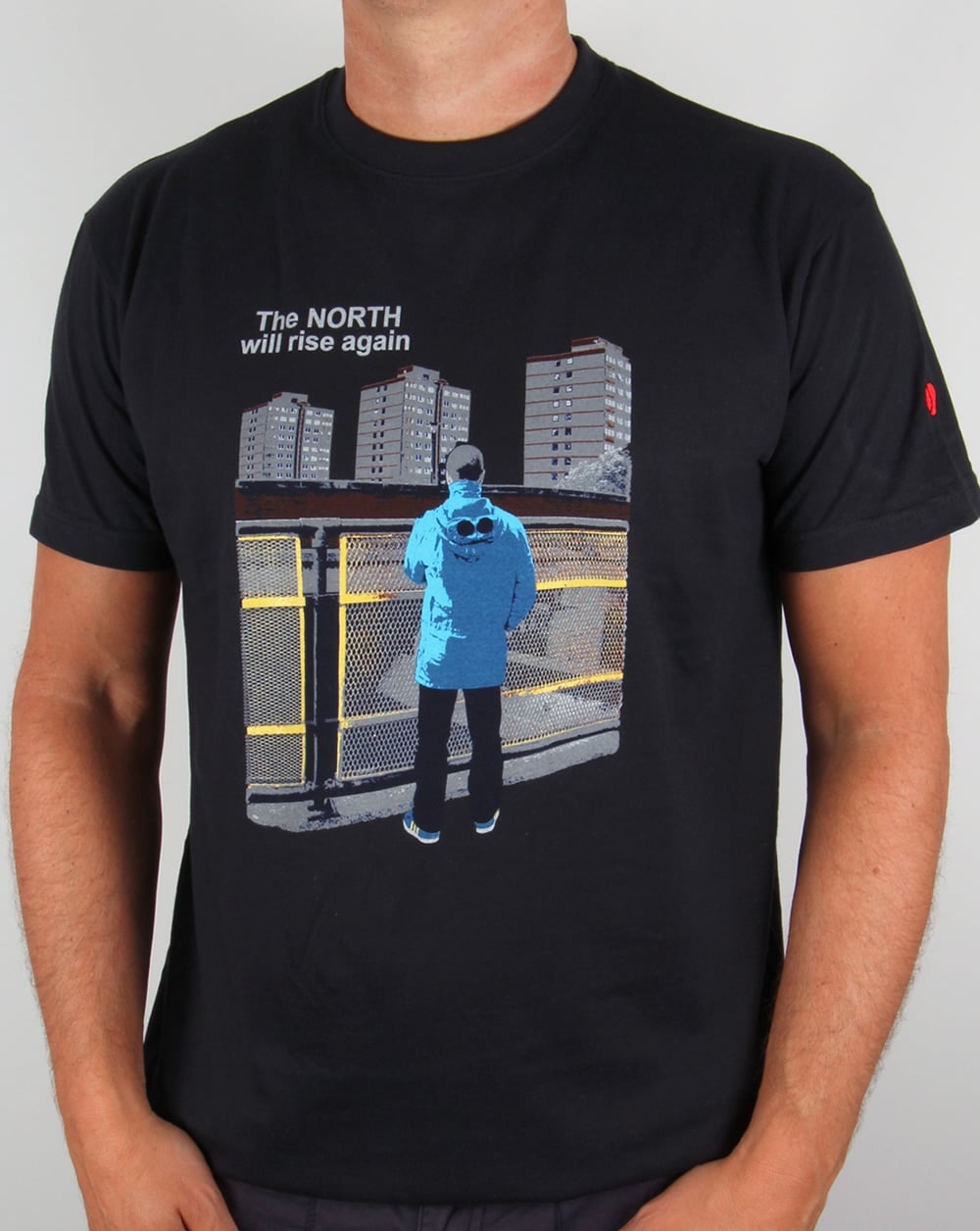 Above: The 80s Casuals The North Will Rise Again t-shirt in black now available from 80s Casual Classics.

‘The North Will Rise Again’ graphic t-shirt is a pun on the American civil war and the Confederates famous slogan ‘The South Will Rise Again’. The graphic tee features a typical Northern city council estate which could be anywhere from Liverpool to Leeds, with a walk way bridge and high rise flats in the background as well as a casually dressed man wearing the iconic Mille Miglia jacket from Massimo Osti and a pair of adidas trainers. 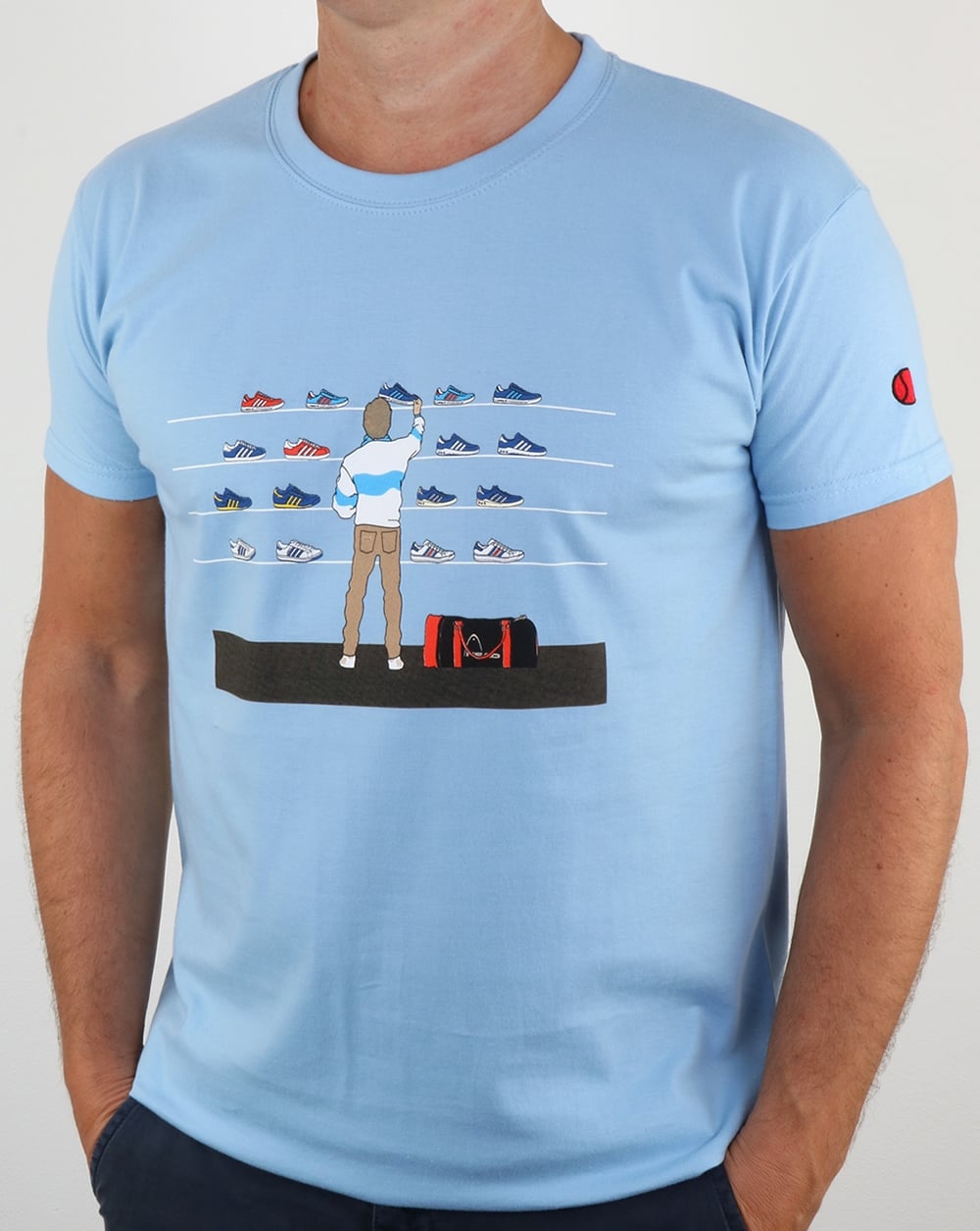 Finally the ‘Tales Of Train Journeys’ t-shirt harks back to the golden era of casual fashion and where it all started with a young casual checking out the latest adidas trainers in a German sports shop. There were several small German sportswear stores from the early 80s that cashed in on the casual craze as British football supporters sought out new and unknown 3 stripes styles to bring back to the UK.