Our own line of graphic T-shirts look to the golden era of 80s tennis legends and casual icons with Björn Borg, John McEnroe and Ivan Lendl.

We may have seen the on court skills from the likes of Roger Federer & Rafael Nadal in recent years but the centre court legends of the 80s will almost certainly never be forgotten. No matter how far the modern game evolves its always the nostalgia of the 80s that we seem to go back to, looking to an era of playboys and casual sportswear. Tennis nostalgia, casual icons and center court legends don’t really come much bigger than your Björn Borg’s, John McEnroe’s and Ivan Lendl’s. As well as their athleticism and all round skill these guys brought with them an era of cool, giving brands like Fila and Sergio Tacchini the legendary names they hold today in the world of sportswear. Each player had their own unique look as well as their own signature track tops and polo shirts, some of which have gone on to become the most celebrated apparel that came out of the 1980s era. The tennis sportswear brands soon made their way onto the backs of a new subculture that was growing across the UK with the casuals. The original casual look was all about vibrant sportswear straight off’ centre court, brands like Diadora, adidas, Sergio Tacchini and Fila are now considered some of the most nostalgic sportswear labels of all time. 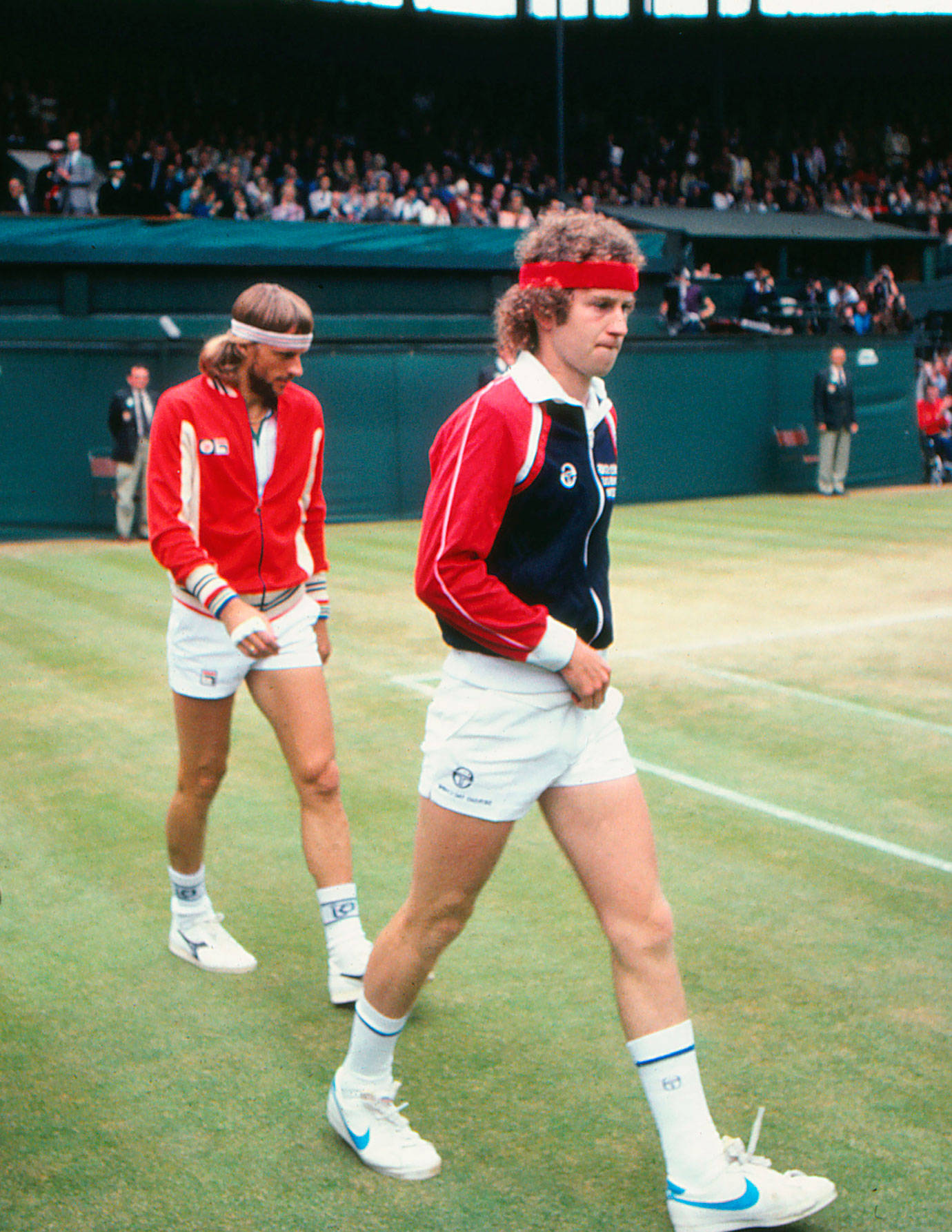 Above: Björn Borg & John McEnroe step onto centre court for the Wimbledon final of 1981. Could this be one of the most nostalgic 80s casual sportswear shots of all time? Borg is wearing his signature Fila MK1 Settanta track top with the Diadora Borg Elite trainers and McEnroe is sporting the highly celebrated Sergio Tacchnini Ghibli track top. 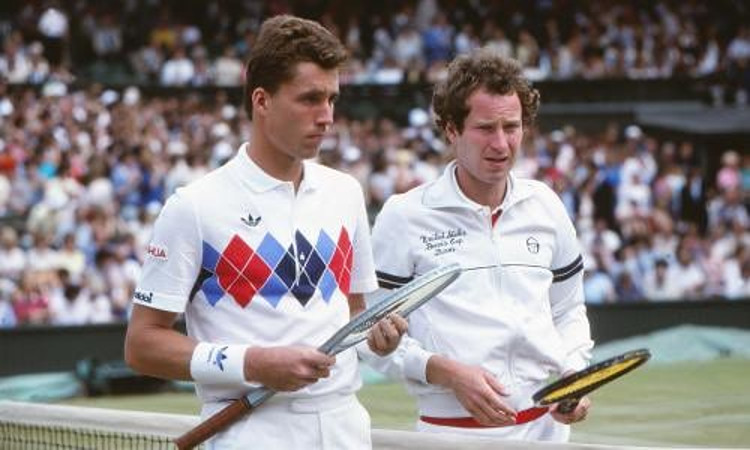 Above: John McEnroe & Ivan Lendl pose for a pre-match shot at the Wimbledon semi-final in 1983. Lendl is sporting his signature adidas Argyle polo-shirt with McEnroe wearing the Sergio Tacchni Star track top.

In celebration of the 1980s tennis heydays we have introduced the 80s Casual Classics Icons T-shirt. The T-shirt features illustrated versions of signature shots and poses from the 80s including the famous Wimbeldon final of 1981 between Borg and McEnroe as well as the Wimbledon semi-final in 1983 between Lendl & McEnroe. Other details include the 80s Casual Classics logo to the bottom of the right sleeve as well as pretty much showcasing what we’ve been about since the very beginning.

The 80s Casual Classics Icons T-Shirts is available now from;