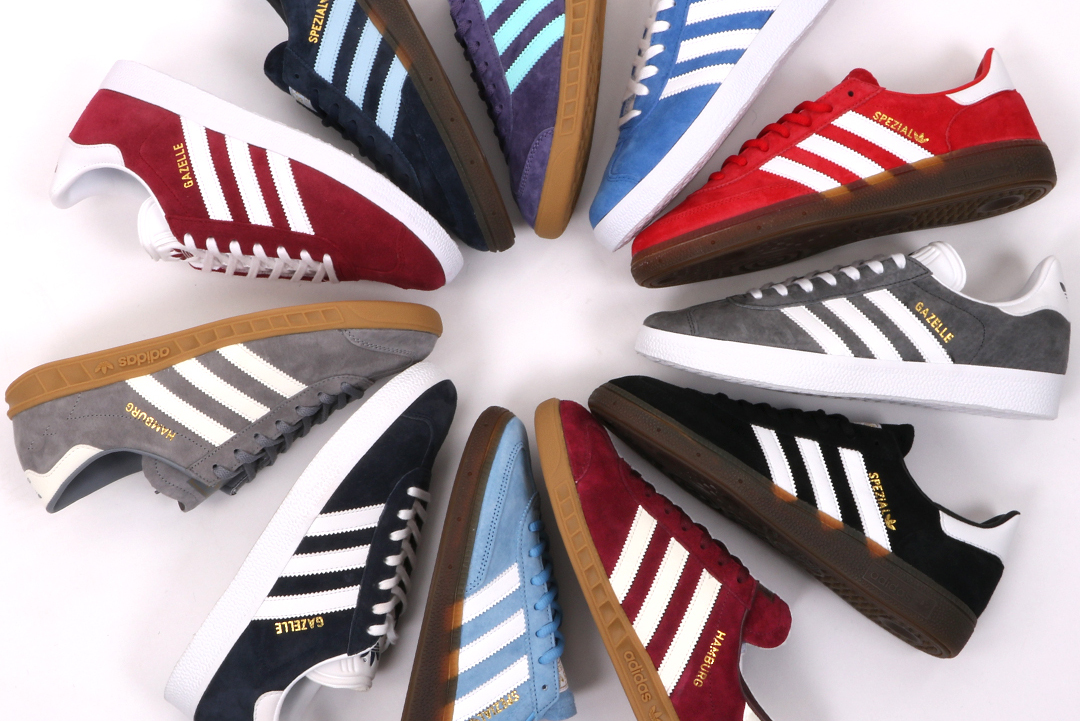 Our massive collection of adidas trainers includes a variety of archive 3 stripes styles such as the Spezial, the Hamburg & the Gazelle.

If there was one particular style of footwear that epitomised the casual movement it would be the adidas trainer. Different footwear styles have played a key part in the uniform of youth cultures since the 1950s. For example; Hippies were renowned for wearing Birkenstocks, Teddy Boys wore brothel creepers & the Skinheads wore Dr. Martens. Alongside the B-Boys & the Breakers of NYC of the 1970s & 1980s, the Casuals were the first to wear performance footwear as part of their uniform & introduce “sneaker culture” as we know it today. It was all about rarity, one-upmanship and sourcing exclusive styles from the continent. For the Casuals it was all about adidas trainers.

Before online shopping, trainer raffles & social media as we know it today, back then it was literally about driving over to the continent in a Transit van and brining back whatever you could fit in the back. Thanks to 3 stripes pioneers like Wade Smith, who sourced rare & exclusive adidas trainers direct from Germany, an admiration for all things adidas was born. For many adidas fans, old & new, these OG styles have stood the test of time. Archive adi’ styles like the adidas Hamburg, the adidas Spezial & the adidas Gazelle have also played a key role in the 80s Casual Classics story over the last 15 years. 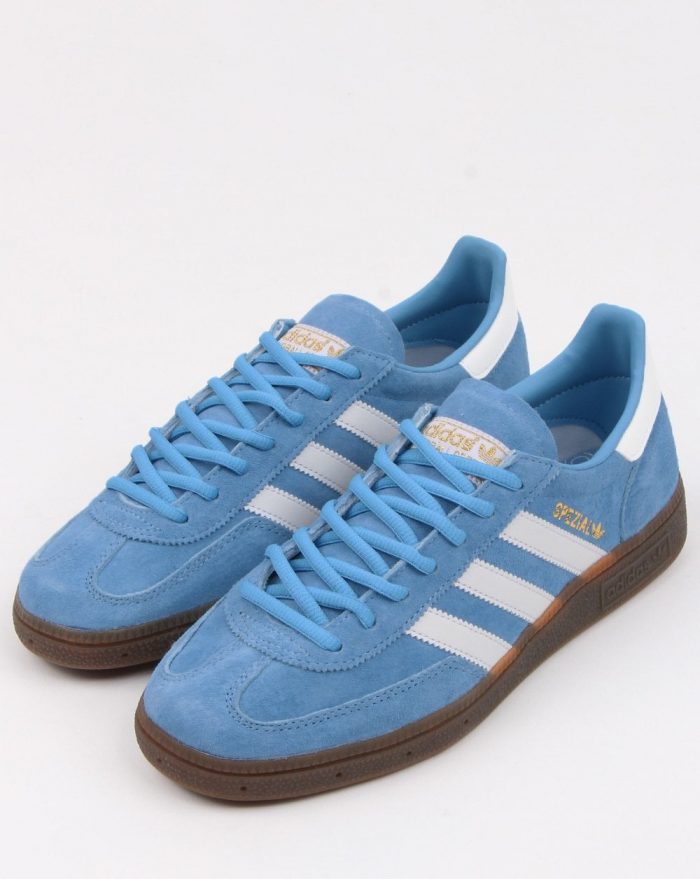 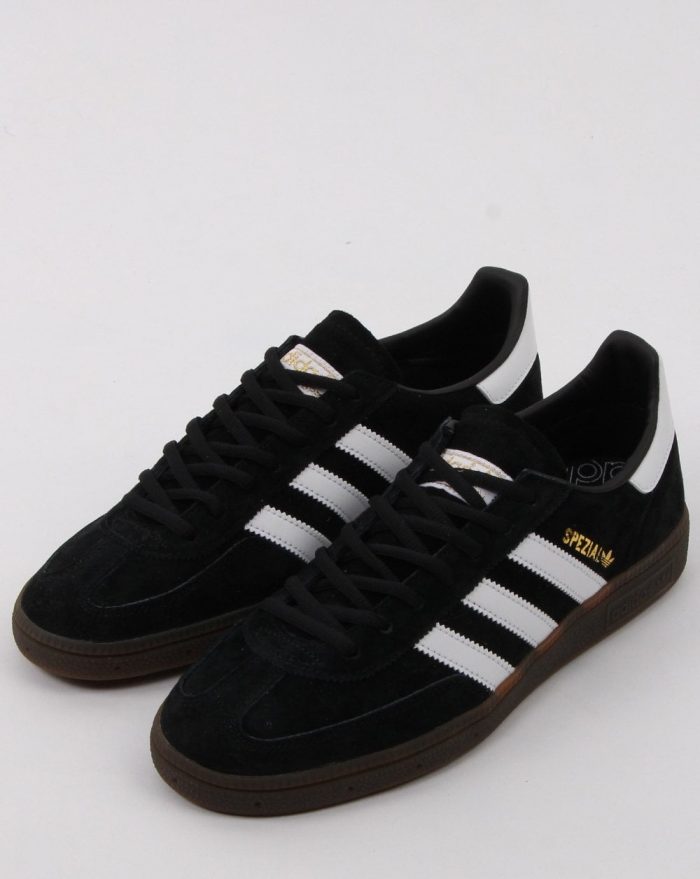 Above: The adidas Spezial trainer in black/white now available from 80s Casual Classics.

Originally introduced as a court trainer for playing handball, the Handball Spezial was all about traction & performance. The Spezial quickly became just as popular on the terraces as it did on the indoor handball courts. Built for performance & the more exclusive the better. The Spezial ticked all these boxes and was one of the most sought after adidas trainers at the time for young casuals looking to flex their 3 stripes on the ever-changing colourful casual scene. After it’s recent revival from the German sportswear brands’ archives the adidas Spezial trainer is officially back on the 3 stripes radar. 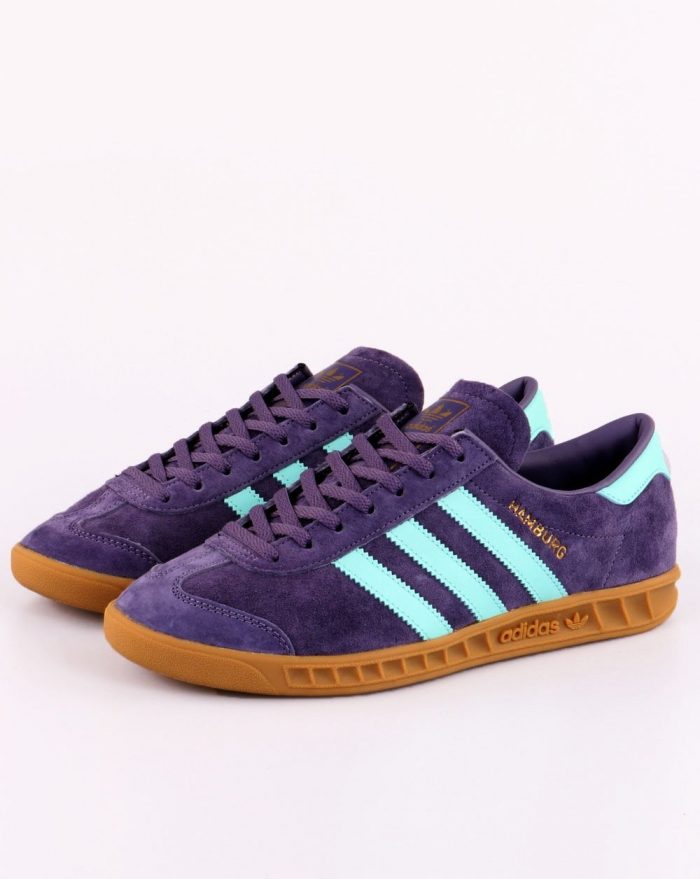 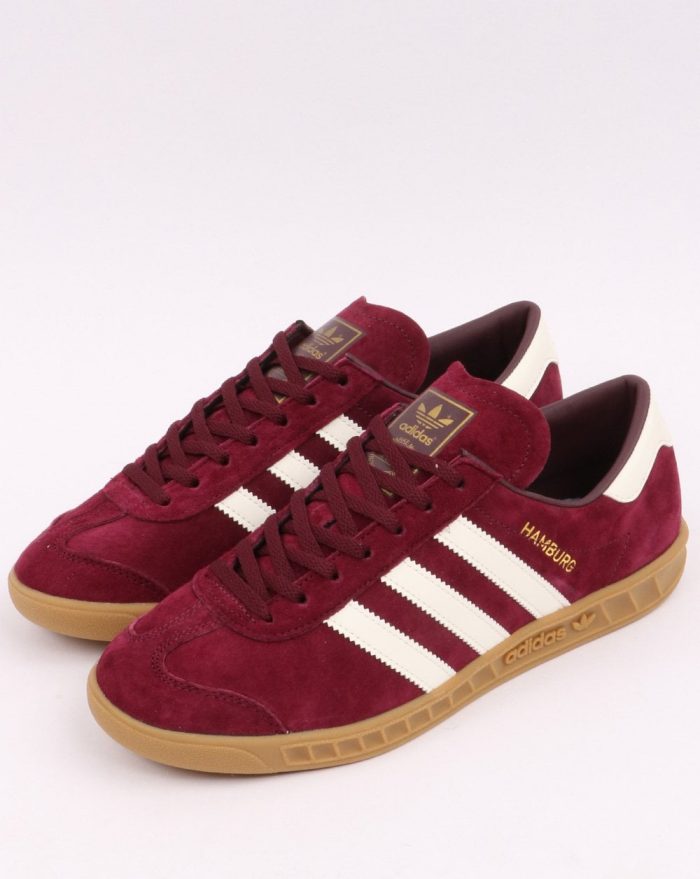 Above: The adidas Hamburg trainer in burgundy/white now available from 80s Casual Classics.

Originally released in 1982 the adidas Hamburg trainer couldn’t have arrived at a better time as far as adidas trainer releases go. Introduced in a golden era of 3 stripes, casual culture & one-upmanship the adidas City Series has become the holy grail to adidas collectors. The City Series saw the likes of the London, the Bern, the Berlin, the Malmo, the Oslo, the Amsterdam & the Dublin to name a few, with each shoe taking subtle traits of each city into the design inspiration. The adidas Hamburg looked to the North German port city and quickly became the go to trainer for those in the know. 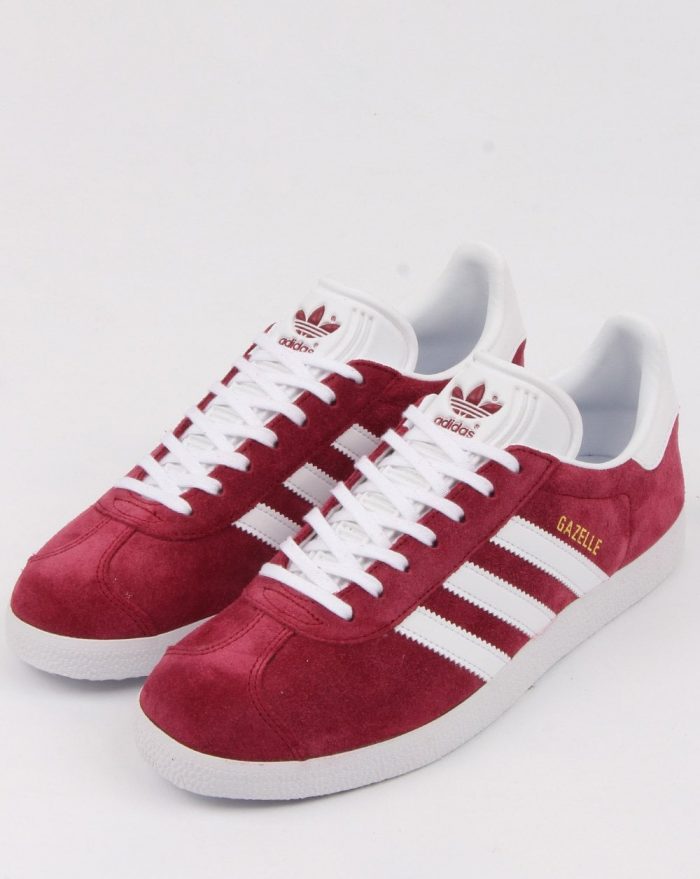 Above: The adidas Gazelle trainer in burgundy/white now available from 80s Casual Classics. 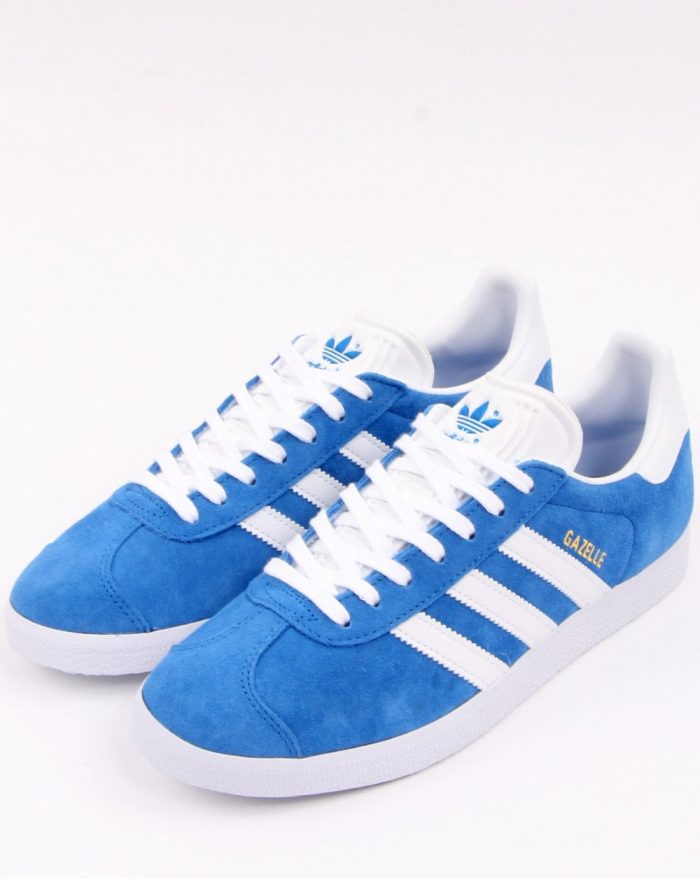 With its history spanning all the way back to the 1960s, the Gazelle marked one of the first trainers where the uppers were made entirely from suede. Moving away from traditional leather, the idea was that a suede upper would decrease the overall weight of the shoe. The Gazelle could also compete with the likes of the PUMA Suede which was also released around the same time for track athletes. Worn by a range of athletes the Gazelle was also previously worn by the West German football team as a multi purpose training shoe.