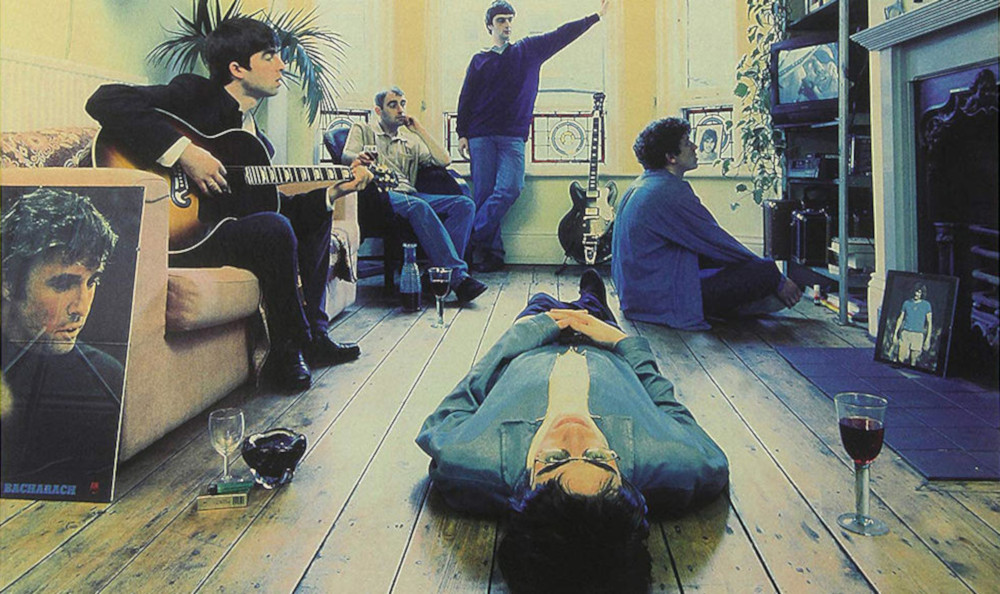 A lot as happened in the world of Oasis over the last 25 years. From brotherly beefs, Mancunian melodies, on stage punch ups and songs that have been the soundtrack of summers for generations. Last week marked the 25th anniversary of the album Definitely Maybe and it’s fair to say the album is still definitely, not maybe, as relevant today as it was when it was first released back in 1994. Some have even dubbed it the Britpop equivalent to Sex Pistols’ ‘Never Mind The Bollocks’ album to punk music. With clear lyrical inspirations from John Lennon, heavy guitars and a sense of euphoria that came off the back of the baggy scene, it was grass roots ‘rock ‘n’ roll’ with a ‘Come and have a go if you think you’re hard enough’ attitude. Regardless of your own personal favourite album or artist from the era you simply cannot disagree that ‘Definitely Maybe’ changed the music map of Britain throughout the 90s.

Whilst the majority of Manchester was “Dancing like robots to Dalek music”, the words of Liam Gallagher himself from an early interview, Oasis were putting together a collection of songs in a disused factory band-room that would put Manchester on the map like nothing before. New Order, Joy Division, The Smiths, The Stone Roses and the The Happy Mondays had all seen some commercial success but it was nothing like what was about to explode with Oasis. With inspiration from classic British bands like the Beatles, Oasis put the swagger back into rock ‘n’ roll. Their heavily distorted guitars somehow reminded us of the early 90s Seattle grunge scene, although very different at the same time and the songs weren’t about shooting up. Real working class values and a no fuss attitude saw Oasis gain widespread respect with their foul mouths, casual dress sense and hooligan like attitude towards the music media.

Released on 29th August 1994, Definitely Maybe was an instant hit, coming off the back of classic Oasis singles such as ‘Live Forever’ and ‘Supersonic’. The album became the fastest selling album in the UK at the time as well as quickly gaining popularity in the US. Other notable Oasis classics from the album include ‘Rock ‘N’ Roll Star’, ‘Shakermaker’, ‘Cigarettes & Alcohol’ & ‘Slide Away’ with numerous music publications over the years ranking the album as one of the greatest of all time.

Above: Oasis playing at the Water Rats gig in 1994.

2019 also marks the 25th anniversary of the Burnage born bands’ very first London gig in January 1994 at the Water Rats in Kings Cross. In attendance was our very own founder, Neil Primett, who was guest listed to the show as a Bedford promoter after working closely with the band. Neil had also supplied the Gallagher brothers with the latest trainers which he had sourced from a sports shop archive that was closing down. The supplied sneaks, courtesy of Neil, can also be seen in the ‘Live Forever’ video from the same year.

Above: Our collection of Oasis inspired t-shirts now available from 80s Casual Classics.

In celebration of the 25th anniversary of Definitely Maybe we have now introduced a collection of Oasis inspired tees. Highlights include ‘Live Forever’ slogans and graphics which capture the famous ‘tambourine in hand’ stance of Liam. We’ve also got the Weekend Offender ‘Definitely Maybe’ t-shirt which throws a colourful spin on the original CD artwork and ‘Live Forever’ lyrics wrapped around the famous Mille Miglia jacket silhouette.