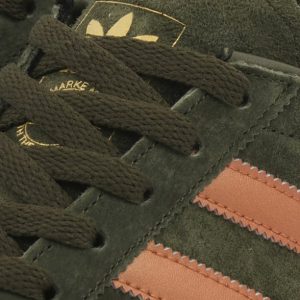 The original adidas München trainer first made its mark on the trainer world as part of the celebrated city series. Cities have been widely celebrated when it comes to classic 3 stripes collectors and admirers. From Malmo to Milano and of course Munich, the adidas City Series explored some of the top European locations, their colours and their football teams. Drawing inspiration from the cities they were based on, the original city series from the 3 stripes brand has become some of the most celebrated trainer releases in the history of the... Read More 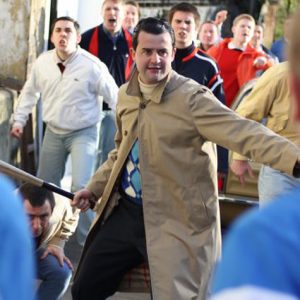 The Mac: A Smart Casual Staple Come Rain Or Shine

First adopted in the 80’s, the Mac made an ever lasting impression on the smarter dresser and early casuals. A true sign you had a bit of coin, the mac was originally adopted by the early casuals of the early 80’s putting a different spin on the ‘yuppie’ look of the era. From Manhattan to the City of London the mac had become big news for big players from stockbrokers to city bankers to film stars. Originally worn over a suit, the early casuals adopted the ‘cash’ look and put... Read More 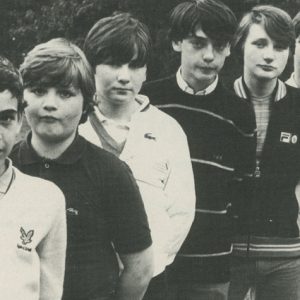 The mods had their Laurel Wreaths and the casuals had their Golden Eagles. If any brand sits at home on 80s Casual Classics as the ultimate UK casuals/dressers brand it’s Lyle and Scott with the signature Golden Eagle. Lyle & Scott stands for quality and class and for many the brand of the Peacock Dresser. During the late 70’s and early 80’s, as casuals were starting to adopt their look, the V-Neck was a constant sight with dressers across terraces, clubs and streets in both lively colours and design. Whether... Read More

The adidas Gazelle: A True 3 Stripes Icon And An 80s Casual Classic Trainer

When it comes to classic 3 stripes trainers, they don’t come much better than the adidas Gazelle, and we’ve got everything you need! Collectors and fans of the 3 stripes brand all share a common admiration for the adidas Gazelle. Not only is it one of the original and biggest styles to come out of the 80’s casual era, but it is a timeless trainer that just looks good no matter what. Decades have gone by with new subcultures and followings from the whole Britpop generation to modern day with... Read More 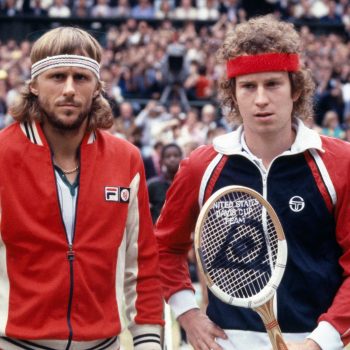 Borg vs McEnroe: The Story of Two Tennis Legends

Ahead of the release of one of the most talked about tennis films, we take a look at the clothes, the nostalgia and one of the biggest rivalries in the world of tennis. The story of some of the greatest tennis players that ever lived took place at a pinnacle era from the late 70’s to the early 80’s, with casual sportswear taking its grip across the nation. As football firms and the early casuals were adopting the style, it was the courts where it really kicked off with the... Read More 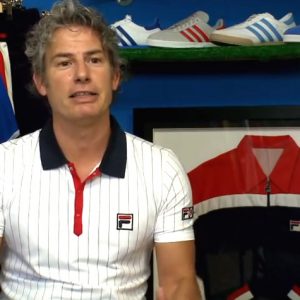 This video from 2011 explores the story of 80s Casual Classics and where it all began. After getting our hands on some deadstock trainers from a retailer closing down in Bedford and working with the burgeoning Britpop music scene, the 80s Casual Classics story really started. A personal crusade for founder Neil Primett who had personally aspired to wearing such known affluent sport brands in his teenage years. After The Business film was released to considerable attention and 80s Casual Classics were highlighted as a key wardrobe stockists in the... Read More 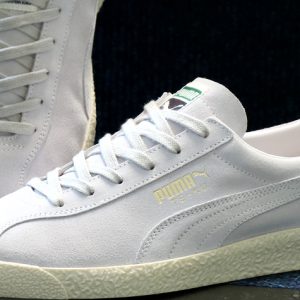 Classic PUMA doesn’t get much better than the re-release of the Te-Ku straight from the sportswear archives. Originally released back in the late 70’s, 1978 to be exact, the PUMA Te-Ku makes its comeback with a very exclusive UK release. Back in an era when PUMA were really making a name for themselves on the courts, silhouettes like the Clyde from 1973 had started a growing demand for the German sportswear label. The Te-Ku followed on with the growing success of earlier court styles with a Made in Yugoslavia and... Read More 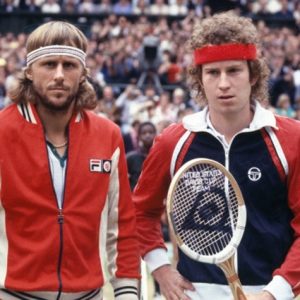 Retro Tracktops: 80s Casual Classics Have Got Your Back

When it comes to classic retro tracktops, lets just say we know a thing or two! Classic retro styles are part of our DNA at 80s Casual Classics, it runs through our veins and it is something we take a lot of pride in. We have been sourcing some of the most sought after collectable retro tracktops for over a decade from some of the finest sportswear labels. Whilst constantly offering classics styles from the likes of Fila, Sergio Tacchini and Ellesse we are also on the ball with updated... Read More 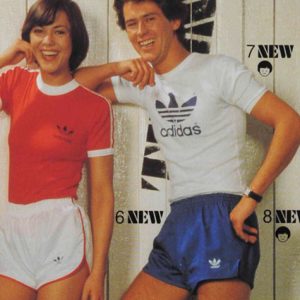 The Legacy Of The adidas California T-Shirt Lives On

Simple styles like the adidas California T-shirt have been about for decades bringing with it a whole legacy of 3 stripes nostalgia. There aren’t many brands that can claim to have lived through different era’s, different styles of music and different subcultures. Not to mention a simple t-shirt. Originally released in the late 70’s when sportswear was sweeping the nation and punk had become mainstream the classic adidas style became an instant hit. Still a popular style in the 80’s the California really made its mark during the Britpop heydays... Read More